Truth and fiction about the Ukrainian cruise missile "Neptune" 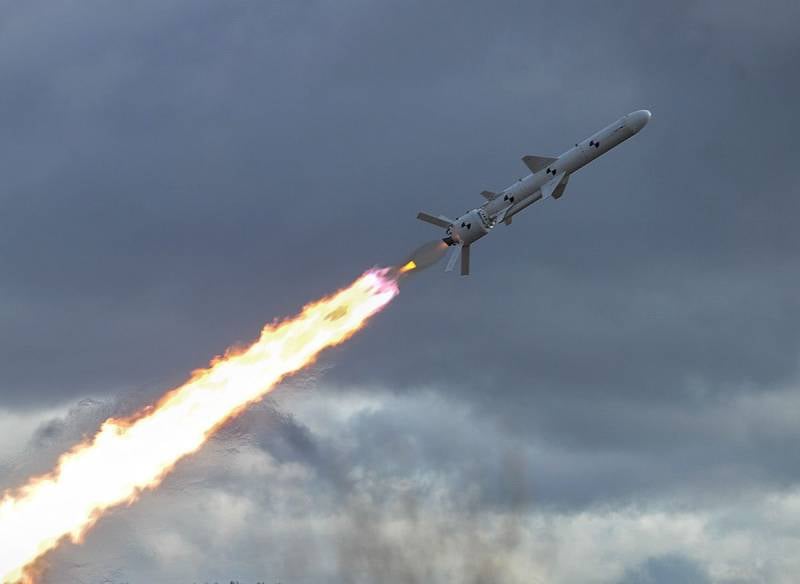 The other day, Kiev held another rocket tests. This time, the new Ukrainian cruise missile "Neptune". Opinion "experts" at the same time divided. Kiev "experts" write that the new rocket can fly almost de Moscow, and the Russians mostly agree that everything is a bluff. As usual, both are wrong.

On the ruins of the USSR

Indeed, why deny the obvious facts. There is a rocket, and it flies. Where and how, let's talk about it below, but for now let's remember that Kiev has almost everything to create it. And it got “almost everything” from the “damned scoop”, which in Ukraine today is officially only scolded.

Nowhere will you hear from Aleksandr Turchinov’s mouth that the “Ukrainian dvigun” of “Neptune” is the good old Soviet TRDD-50 used in Soviet counterparts of Tomahawk, X-55. And it was produced before the collapse of this very Union in Zaporozhye.

Also the most important state secret of Ukraine is the manufacturer of the transport and launch container (TPC) for the new rocket. In fact, this is also an open secret. Long ago, a huge half-workshop mill for bending an aluminum sheet was bought for the Zhulyansky machine-building plant Vizar in Austria. He also once bought a "damn scoop" to assemble the first TPC for the C-300 missiles. Already later, their production was transferred to Russia, and the camp remained. 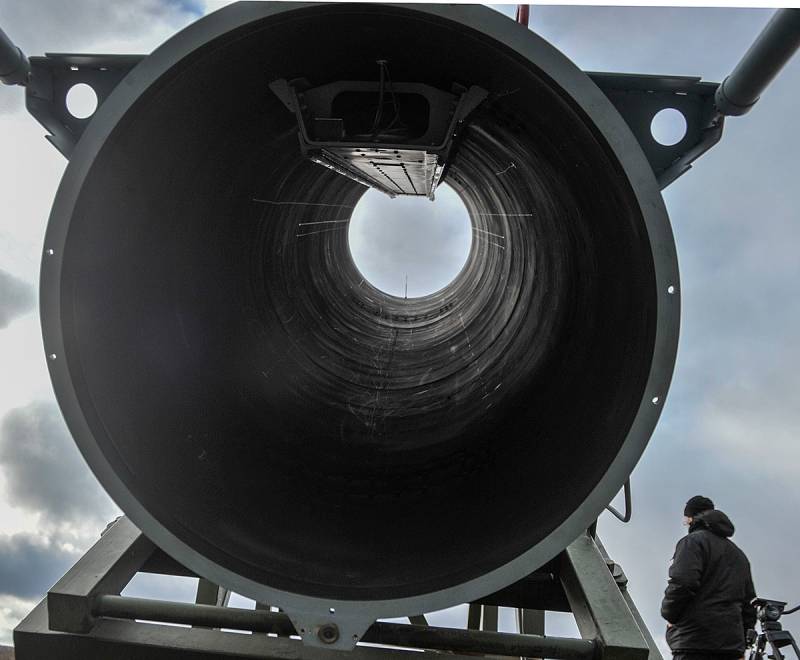 True, this was not without problems. The fact is that the diameter of TPK X-35 is smaller than the diameter of TPK C-300, but the Austrian camp is not adapted to bend sheets of smaller diameter, and therefore the Ukrainian designers had to be bent to properly place the Neptune in an overly spacious container for it. This truly enrages the Ukrainian developers of warships today (more on this below).

And no one will ever tell you from the leadership in Kiev that the TRDD-50 was used in the creation of the Soviet anti-ship missile X-35 “Uran”, whose tests were completed after the collapse of the Soviet Union in Russia, and that the new “Neptune” is so similar on their Russian counterpart that the uninitiated person will confuse them in 50% of cases. 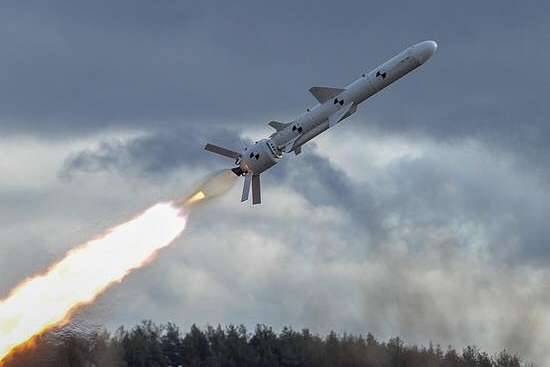 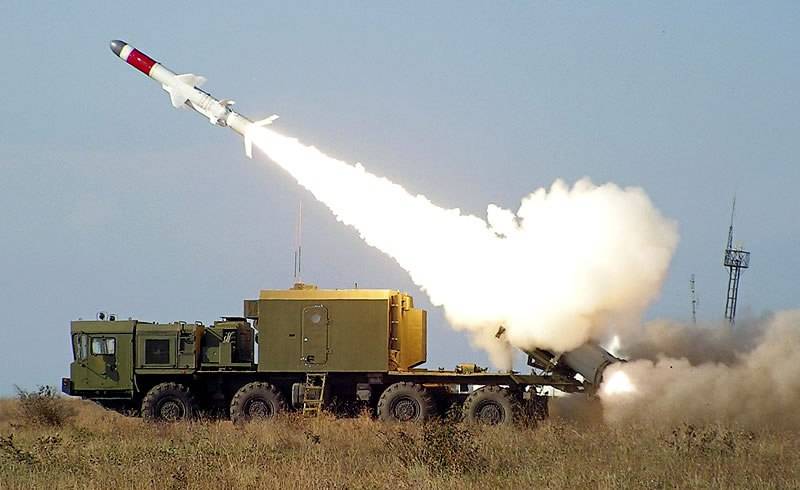 Someone immediately determine who is who? If not, then I suggest, on the bottom picture, the start of the Russian “Uranus”, and on the top - the Ukrainian “Neptune”.

I blinded him from what was. Problems of the new rocket

As we can see, the groundwork of the Ukrainian rocket builders due to the “damnable communist past” was solid. But there were problems.

Ukraine did not have its own suitable inertial flight control systems. And without them, a rocket in a given square, where the homing head should be turned on, cannot be derived. Not that it was an insoluble task, but the problem was nonetheless. How effectively it was resolved, we will see. But this is not really the most important thing. There are problems and more serious.

Kiev had to make the first acceleration stage. She came out not very beautiful and not quite normal. The fact is, there is some misalignment of the starting and marching stages of the rocket, which at the start causes the effect of cabrirovanie. I think you noticed this in the video:

We saw how the rocket nodded a little, and then went along the trajectory. This is just caused by this misalignment. In order to remove the problem, the Ukrainian designers had to lower the nozzle of the first-stage engine a little (on 2 degrees), and now they are fighting to remove this effect completely.

There is one more problem, without deciding which one can nullify the whole “peremog”. According to the statement of work, a new product, in order not to be inferior to the Russian analogue, which was adopted by 20 years ago, should have been able to fly at an altitude of 5 meters above sea level. But instruments (radio altimeters) that would provide the necessary accuracy of flight were not made in Ukraine. To be honest, as long as I do not have information, the problem is solved or not. And if solved, how. The tests performed so far also cannot answer this question. So wait for the continuation.

Another problem is the homing head. Ukraine has never done purely anti-ship heads, and therefore it was decided to use for this purpose an “improved” head from missiles. I don’t know what the Ukrainian media meant, saying that the new rocket used parts from the C-200 missile defense system, but it’s possible that it’s about her.

So, as we see, the problems of the new rocket also exist, they are enough, but they are all solvable.

And now let's tie the tested to the ... Kiev shipbuilding program. In fact, the connection here is the most direct. The fact is that Poroshenko, when he voiced plans to build a corvette like "Vladimir the Great", assumed that almost all weapons systems on it would be imported. But the greed of the Ukrainian oligarchs has been stung, and therefore it was decided that the corvettes will be equipped to the maximum with Ukrainian weapons systems.

And just the PRC "Neptune" should become the main caliber of new ships.

As well as new missile boats, which will be designed on the basis of an artillery boat "Lan". 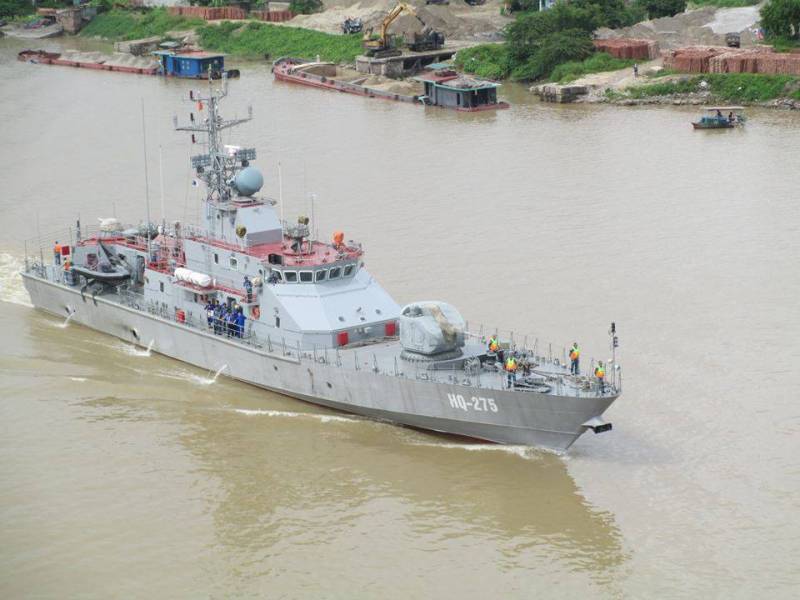 Actually, it was the delay in the development of the complex and forced the Nikolaev shipbuilders to throw the skeleton of the leading Ukrainian corvette for several years. 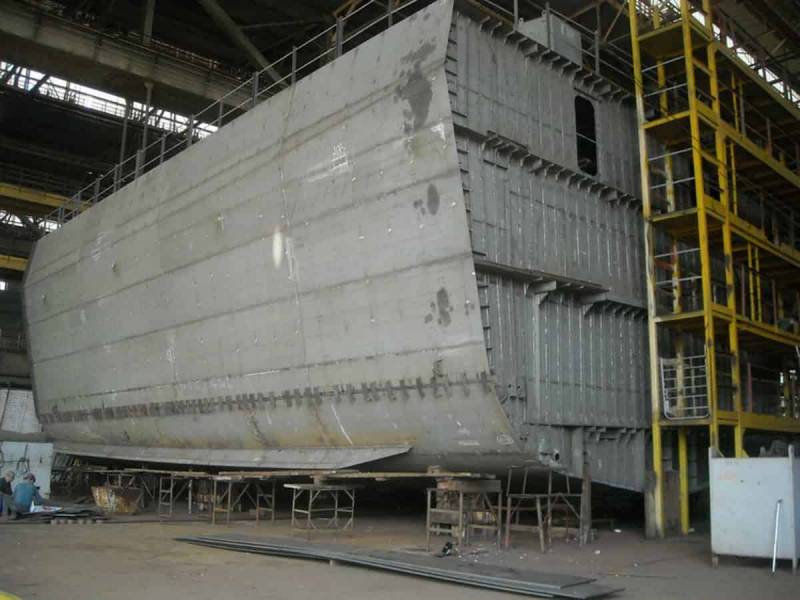 True, the designers of the new Ukrainian ships themselves are not enthusiastic about such a decision. The fact is that the large dimensions of the complex and the “subtleties” when launching rockets for them have become a real headache and the cause of half the obscene words uttered in the walls of the design bureau. The cumbersome turning points of the CRP PU is already the last century, and the impossibility of reducing them to the optimal size is generally a separate stream of obscene language. But what can't you do for the sake of everything on the product was Ukrainian ...

As we have seen, the Russian "Uranus" and the Ukrainian "Neptune" have a common parent and will have very similar characteristics. Of course, a new Ukrainian rocket will not reach Moscow, and it is not intended for this (Kiev is developing the Korshun CD for this purpose). Also, as we test, we will observe how the Ukrainian designers managed to solve certain problems related to the absence of a node in the legacy of the “cursed scoop”.

Now you understand why I cannot help but smile when some (Russian) “experts” say that “this will not fly” (when it is already flying), and their Ukrainian colleagues claim that it will fly much better than the Russian counterpart. By golly funny, well, just like children. “Uranus” and “Neptune” are in many respects the same as Russians with Ukrainians, and therefore, if you want to understand what the characteristics of Ukrainian “Neptune” will be, look at the Russian “Uranus”. However, as I said above, if the Ukrainian designers managed to construct something that they did not get from the “damned Soviet past” ...

Ctrl Enter
Noticed oshЫbku Highlight text and press. Ctrl + Enter
We are
Reports from the militia of New Russia for 27-28 September 2014 of the yearResults of the week. "Well, do not change me because of every idiot!"
31 comment
Information
Dear reader, to leave comments on the publication, you must to register.