Probably, few of those who launch radio-controlled helicopters and four propellers know that at first such helicopters were much larger and looked very different. Exactly 85 years ago, 19 January 1923, in the United States, was the first relatively successful test of a quadrocopter built by an emigrant from Russia, Professor George Botezat. The helicopter climbed about a meter, but was very unstable. He staggered from side to side, and the pilot was not able to stabilize the flight and make it manageable.

Later several more flights took place, in one of which the car climbed four meters - that was its best achievement. At the same time, the inventor was not able to achieve normal controllability from his product. Seeing such results, the US Department of War, on whose money a helicopter was built, refused to author further funding, declaring the program unsuccessful. Botezat switched to the development of industrial and ship fans. At the end of 1930, he made another attempt to make a helicopter, this time a coaxial scheme, but his second car flew not much better than the first.

It all started great. Unlike Sikorsky, who almost had to collect money on his first American plane and buy old, worn out engines for him, on arrival in the USA, Botezat managed to interest the American military in his project, which allocated him a generous 200 thousand dollars grant. For those times it was a very decent amount.

But in the end, Sikorsky’s firm gained worldwide fame, and Botezat remained in stories one of the many failed designers who created non-viable products. By the way, it should be noted that he was not the inventor of the quadcopter. The first helicopter of this scheme with four rotors built back in 1907, the French - Breguet brothers and Professor Louis Richet. However, their "cuttlefish" also could only hang unsteadily at low altitude, keeping it in the air due to the screen effect.

By the middle of 1920, the quadrocopter concept was universally recognized as forward-looking. Large manned helicopters of this scheme were not built anywhere else. However, by the end of the twentieth century, quadrocopters had returned in the form of small remote-manned electric power and now anyone can get a similar toy. 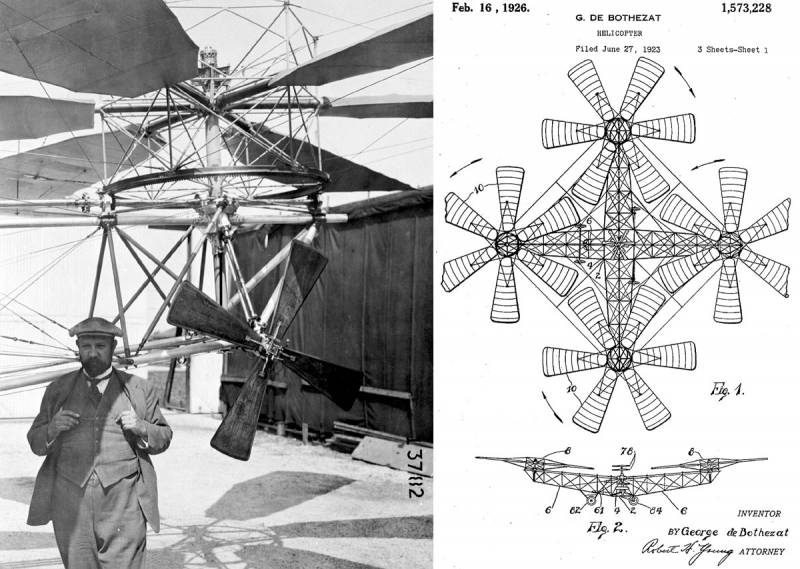 Georgy Botezat is near his helicopter, and on the right is a patent drawing of his unit. By the way, it shows that in the United States, Botozat, for solidity, attached an aristocratic prefix "de" to his last name. 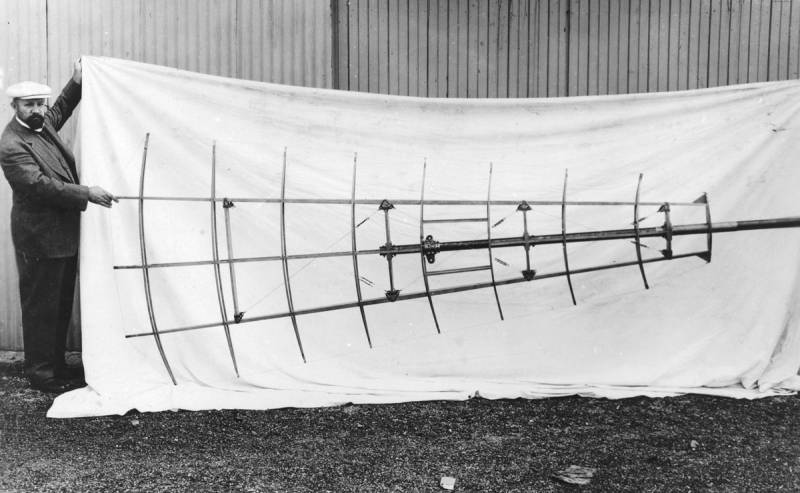 Botezat demonstrates the frame of one of the propeller blades of its quadcopter. 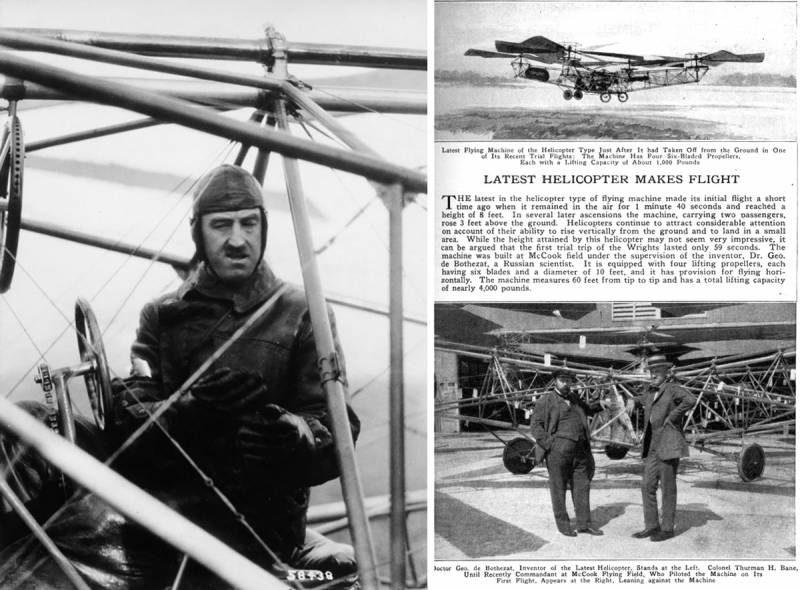 The pilot of the helicopter Botezat is an American colonel Truman Bain on the pilot's seat. On the right is a note from the magazine Popular Mechanics about this helicopter. In the photo below - Botezat and Bane. 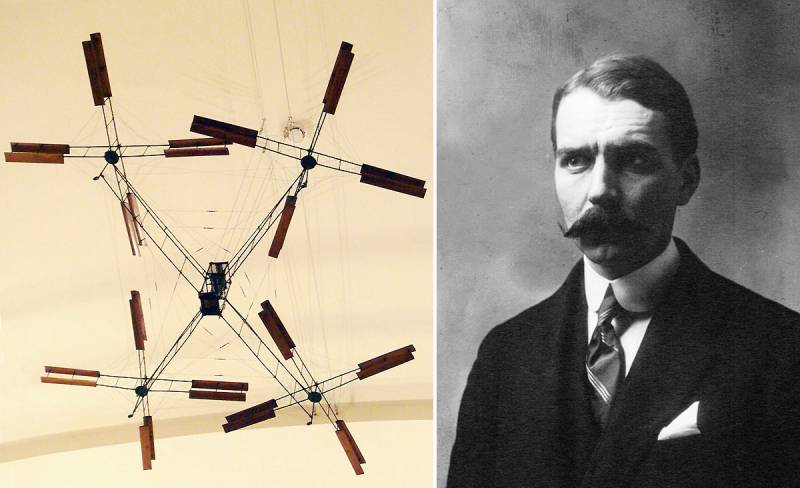 The layout of the predecessor and prototype of the Botezat machine - the Breguet-Richet quadrocopter with original biplane screws. On the right is one of the authors of his project Louis Breguet.

Ctrl Enter
Noticed oshЫbku Highlight text and press. Ctrl + Enter
We are
An-12 in AfghanistanHistory of Soviet Aviation. Polikarpov P-1 - the first serial Soviet aircraft
5 comments
Information
Dear reader, to leave comments on the publication, you must to register.