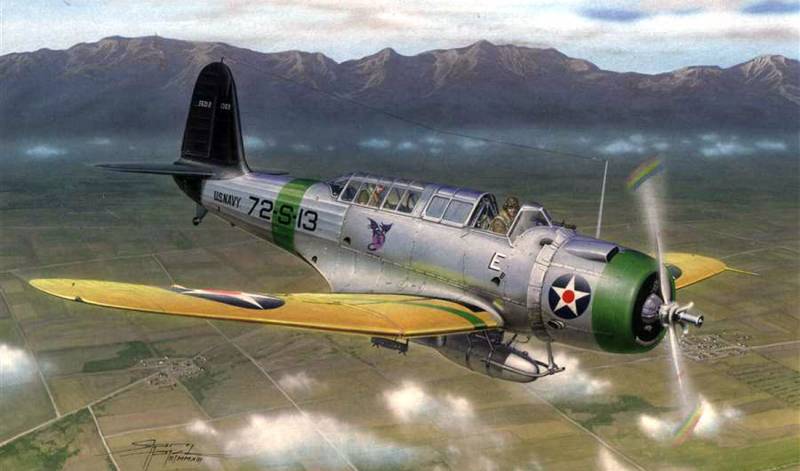 4 January 1936 for the first time took to the air Vout SB2U "Vindikaytor" - the world's first high-speed carrier-based diving bomber monoplane scheme. Aircraft of this class appeared in the middle of 1930-x, played a prominent role in the Second World War, especially in the Far East theater of operations, and in just 10 years they are gone due to the advent of controlled weapons.

But the "Vindikaytor", as is often the case with the firstborn, nothing special distinguished. Although the Americans and the French tried to use this machine against enemy warships (the “Vindicateurs” even participated in the famous Battle of Midway), there wasn’t much success for them. Is that one of the French dive bombers managed to drown the Italian submarine. All glory and honors went to the later Donteless and Helldiver, and the Windijker, if it came to something history WWII, it is only relatively large losses.

However, there were few of them built - only 260 units, and the first truly massive American deck dive bomber was Dontless, which appeared in the 1940 year and was replicated in 5936 copies. But on the "Windikutor" many technical solutions were tested and a number of errors appeared that could be avoided in the future. However, for us this was only of theoretical importance, because in the USSR no aircraft of this class were built. 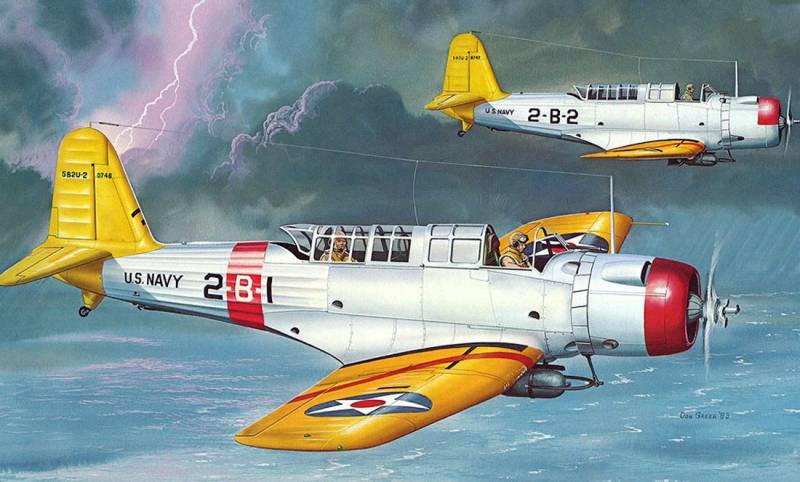 A pair of "Vindikaytorov" from the aircraft carrier "Lexington" is through a thunderstorm.

SB2U at the NACA Test Center.

"Vindikaytor" from the aircraft carrier "Saratoga". 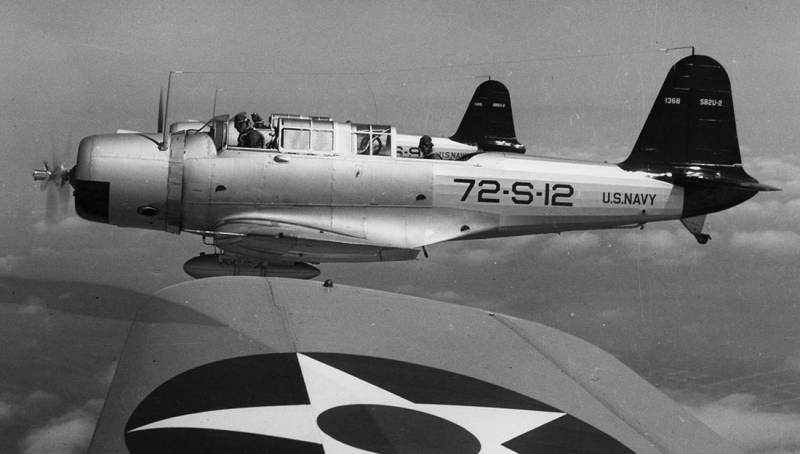 "Vindiktoryora" from the aircraft carrier "Wasp" in flight. 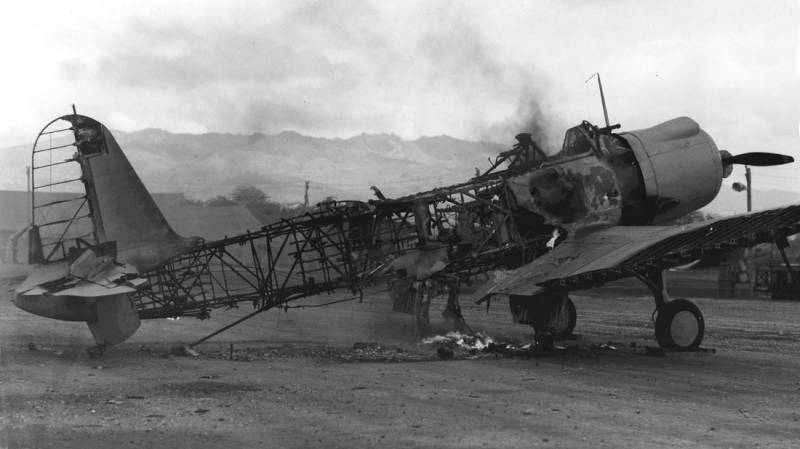 "Vindikaytor" after an unsuccessful attack on the Japanese battleship. 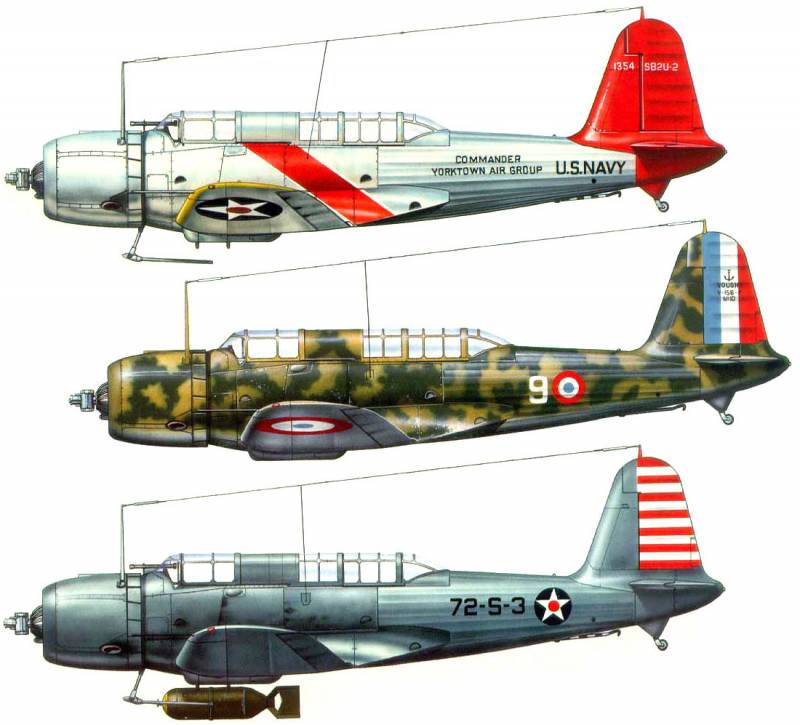 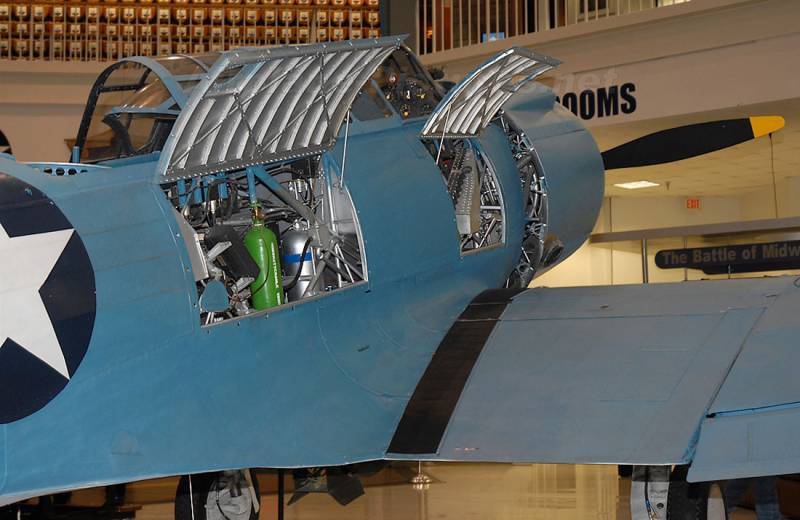 The only preserved copy of the museum "Vindikaytor". Cylinders with oxygen and compressed air are visible through the open service hatch.

Ctrl Enter
Noticed a mistake Highlight text and press. Ctrl + Enter
We are
Deck aircraft in World War II: from Taranto to Midway. Part IIIAn-12 in Afghanistan
11 comments
Information
Dear reader, to leave comments on the publication, you must to register.