Day of Long-Range Aviation of Russia. Experience: from Berlin to Syrian

December 23 2017
34
By order of the Commander-in-Chief of the Air Force, a holiday for pilots of the Far East appeared on the calendar of military holidays of the Russian Federation aviation. This event happened in 1999, when not only Long-Range Aviation, but also the entire Armed Forces of the country experienced enormous difficulties. The country itself experienced difficulties, over which there was a direct threat of loss of territorial integrity. As you know, it was in 1999 that the militants decided to strike at Dagestan, expanding the zone of their influence in the North Caucasus. But it was precisely in 1999 that what could be called a turning point in stories of modern Russia - the people who in Dagestan decided to take in hands weapon, so that together with the security forces of the Russian Federation to give the terrorist evil in the teeth. 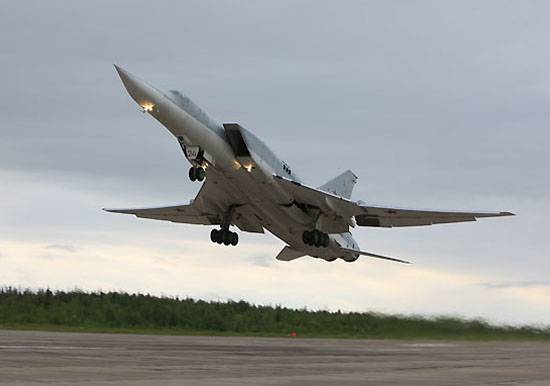 Against this background, the emergence of a new military holiday in the calendar of holiday dates may well be regarded as an additional incentive to consolidate society, to honor the glorious traditions for the defense of the Fatherland, including its defense at distant approaches. And who, if not the pilots of the Long-Range Aviation, who are celebrating their professional holiday today, knows what it means to protect the interests of Russia where there are hundreds, or even thousands of kilometers to the borders of the country.

December 23 Russian Long-Range Aviation celebrates its 103 anniversary. The countdown is from the moment when the first flight of a heavy 4-motorized Ilya Muromets bomber took place in pre-revolutionary Russia - an airplane designed by the famous aircraft designer Igor Sikorsky. The fate was such that the company, named after this Russian engineer-inventor, today manufactures aviation equipment on behalf of a completely different power.

Long-range aviation received its development during the Great Patriotic War. Already on its first day — literally a few hours after the Nazi invaders crossed the Soviet borders, long-range bomber pilots entered combat with the enemy. 22 June air strikes were inflicted on the accumulations of manpower and equipment of the Nazis in the areas of Prasnysh and Suwalki.

Less than two months later, in the strictest secrecy, heroic crews of distant Soviet bombers flew from carefully concealed airfields to bombard the Hitler capital. From August to September, the 1941 of the year Soviet aircraft, overcoming hundreds of kilometers above the Baltic, bombed industrial and other strategically important areas of Berlin. In total, 90 has been flown during this time. Not everyone came back. And we remember this - about the heroism of the pilots who committed real feats in the sky, scorched by the glow of war.

The very fact that in the summer of Berlin 1941 could be attacked by Soviet military aviation was a real shock for both the German “burghers” and the German military command. Initially, the German press came out with the materials that the attack was probably caused by British aircraft. But the British aviation neither then nor now does not go to such risks and feats. At the same time, the current British Prime Minister Teresa May, without blushing, calls British pilots, for example, the winners of ISIS (* banned in Russia) in Iraq and Syria. As if they won, and then ... Right from their island, "defeated fascism."

The Soviet pilots did their daily work, causing enormous damage to the enemy, who eventually suffered a crushing defeat.

Today's Russian long-range aviation pilots are successors of the glorious military traditions of the heroes of the Great Patriotic War. The Syrian campaign of long-range bombers of the Russian Aerospace Forces can rightfully be included in textbooks on modern principles of air strikes outside the country.

Rising from airfields on the territory of Russia, Tu-160, Tu-95MS and Tu-22МЗ aircraft under the cover of our fighters entered the SAR airspace, where they attacked training camps, ammunition depots, weapons factories, fortified terrorists in a number of Syrian provinces: Homs, Hama, Aleppo, Deir-ez-Zor. Both standard aerial bombs and the newest airborne cruise missiles were used. The result - thousands of militants destroyed, completely destroyed the logistics system of the terrorist group, liquidated funds for bringing terrorists profits, huge damage in the form of destroyed military equipment. Plus, the improvement of the combat skills of the pilots, the development of theoretical foundations in real practice, the development of optimal actions when applying air strikes with the subsequent return to home-based airfields in the non-stop flight mode, the testing of various flight modes. 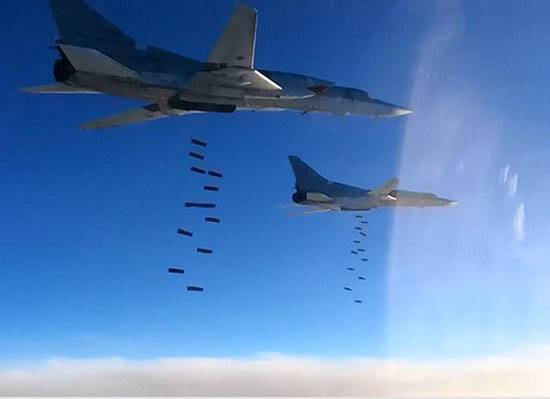 Today, Long-Range Aviation of Russia does not strike at terrorists anymore (in general, the operation is completed), but the combat experience acquired during the Syrian campaign is truly invaluable. In the end, the actions of our “long-distance players” are also a big hello to the “partners”, who, with their faces stretched from amazement, watched how you can achieve serious success with the use of a limited amount of resources.

"Military Review" congratulates the existing pilots and veterans of the Long-Range Aviation of Russia (USSR) on the holiday!