Remotely controlled vehicles will not yield to Abrams (Defense Blog) 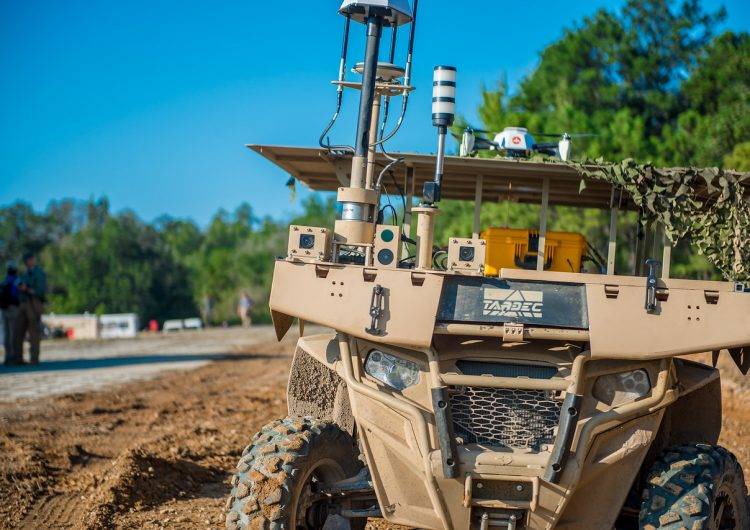 Over the next five years, the U.S. Army plans to begin testing prototypes of remote-controlled vehicles known as RCVs. These are drones that are fast, like Stryker, but have firepower tank M-1 Abrams, the major said. Alan L. Stevens.

Stevens is responsible for logistical support at the US Army Center of Excellence. 30 November, he spoke at the Summit on the future ground combat vehicles.

The central idea of ​​the summit was the technology of the next generation. According to Stevens, the army thinks that it can put into service a limited number of remote-controlled vehicles. The results of trial tests can help to create more advanced prototypes.

Instead of the traditional planned purchases, a limited number of remotely-controlled combat vehicles (RDS) and spare parts will be purchased, which can be used to assemble the RDS, and then soldiers will train on them in combat training centers and at training grounds.

Then the analysis conducted on the results of such testing will be used to compile a list of requirements for the characteristics of the DBMS.

The development paper for the development of a joint venture will not appear before 2022 of the year, Stevens added.
OAK will have a number of advantages and superior Abrams tanks, said Stevens, who has experience as a system engineer.

First, the OAK is an unmanned vehicle. This means that in versions with a remotely controlled configuration can go ahead manned vehicles to scout the area and walk through the most dangerous parts of the battlefield.

According to him, while in the test version it is calculated to use two unmanned vehicles for each manned one. But this ratio may change after testing begins, and the first errors will be revealed. You may have to come to the ratio of 1: 4.

In addition, the term "unmanned" means different levels of autonomy. For example, at the lowest level in a vehicle there is no crew, but it is controlled by radio. At the highest level, a vehicle can be completely autonomous and use artificial intelligence and neural networks. So far it seems impossible, but everything goes to that.

Another advantage of the Dubrak Abrams tanks is that they will be easier and more maneuverable. This means that they will move faster and can be transferred by air, which gives the commander more opportunities.

Since the OEDS will be unmanned, there will be more space for direct and indirect fire. An example of a system with indirect aiming is an 81-mm mortar. And with the shooting of direct fire Abrams does an excellent job.

Stevens said that discussions are currently underway to unite the UAV with the DBMS to provide horizon observation and exploration. The prototype architecture will include cyber defense and anti-jamming equipment.

Daniel McCormick, Deputy Director General for the Chemical and Biological Protection Program, said he was delighted with the DBMS and other robotic tools, given the worldwide spread of chemical, biological and radiological threats, especially on the Korean Peninsula and in the Middle East.
Existing sensors, for example, infrared, can detect not only the enemy, but also its biological and chemical weapon, he said. UAVs could provide protection at a greater distance, making equipment and people inaccessible to enemy fire.

“We are close to achieving parity with our competitors on the battlefield,” concluded Stevens, “so there is a sense in the SDM program.”

However, he added, there is still a lot of work to be done to bring the damaging effect of the DBMS to the Abrams TTX tanks, but to ease the platform, making it more maneuverable.

He calls on the industrial sector to help make the Dubrama a reality, and also offered to carry out testing on simulation vehicles, such as the M-113 armored personnel carrier, which the army can provide.

Ctrl Enter
Noticed oshЫbku Highlight text and press. Ctrl + Enter
We are
"Abrams" without "dill" and embellishmentOn the roof: status and trends in the field of remotely controlled combat modules
Military Reviewin Yandex News
Military Reviewin Google News
21 comment
Information
Dear reader, to leave comments on the publication, you must to register.