Ka-xnumx has the right to life!

April 6 2012
32
Medium ship-based transport helicopter, intended for use on the "Mistral" class universal landing ships, what should it be? It seems that the answer to this question is unequivocal only for the leadership of the Russian Navy. As it appears, navy the management decided that it was only the KA-52 that needed to be "prepared" for operation on future Russian Mistrals, and the KA-29 was all right, was that really so? If we study the performance characteristics and design of the KA-29 more carefully, it will become clear that it is not much better suited to base on a Mistral UDC than the Mi-24! In terms of the effectiveness of the tasks assigned to the transport segment of the helicopter tandem of the future Russian UDC, the KA-29 is not much superior to the Mi-24. But the advantage of the KA-29 is that its design carries a huge potential for modernization, which can and should be correctly implemented. Which ultimately will lead to the creation of an effective ship-based helicopter tandem - combat KA-52K and transport KA-33 (KA-29M). The main goal of deep modernization of the transport and combat helicopter KA-29 is to improve its transport qualities and get rid of shock capabilities, since the latter will transfer from it to a combat helicopter of a ship-based KA-52K. Since the main task of the future KA-33 will be the delivery of marine corps from ships to land, the main goal of the designers should be to ensure the most comfortable and safe conditions for this very landing on board the helicopter. It is clear that this task will be achieved within the framework of an existing helicopter, which in turn is a modification of another KA-27 helicopter, but it was not originally intended for solving transport problems, which affected the layout of the helicopter as a whole and its fuselage in particular. But still, the layout scheme of the KA-29 allows for certain changes in its design, designed to increase the number of paratroopers and improve their living conditions on board the helicopter. 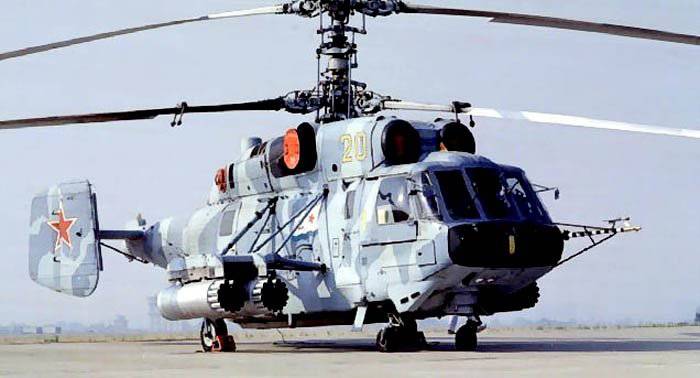 Redevelopment of the helicopter KA-29:

1. Equipping the helicopter with a completely new digital “glass cabin”, which in turn will make it possible to abandon the bulky equipment of the Soviet design, and the weight saved can be used to install light onboard armor or onboard conformal fuel tanks for the search and rescue version of the Ka-33.

2. Increasing the length of the landing cabin from 4,5m to 5,5m due to the complete release of the avionics tail compartment from all equipment. This can be achieved by dismantling the onboard systems designed to provide shock capabilities, as well as moving the rest of the equipment to existing racks behind the cockpit. Equipping the helicopter with modern digital systems and equipment will increase the total volume and mass of the avionics, which will require less space for its installation.

3. Increase the height of the landing cabin to 1,5-1,6м by lowering its floor to 20-30cm. This should be ensured by eliminating the central weapons compartment and reducing the height of under-the-cabin fuel tanks with a simultaneous increase in their area by placing tanks under the entire floor area of ​​the amphibious assault cabin. This will keep the existing amount of fuel on board, or even increase it when using onboard conformal tanks. Cabin-type fuel tanks will need to be protected, and the cockpit floor must provide protection for the crew and the assault against small-arms bullets weapons 7,62 caliber mm.

5. The elimination of the mounting system for external suspension arms on the pylons, which will save the take-off weight that will be needed for additional reservations or an increase in fuel reserves.

6. Moving and changing the door amphibious cabin. The door on the left side needs to be replaced with a stern lowering ramp, which will require redesign of the tail boom. In fact, it is necessary to move the tail boom above so that the stabilizers are attached to its lower part with struts located above the stabilizers. The dorsal compartment of the equipment, in which the APU and the cabin heating system are located, will smoothly pass into the tail boom. The bottom surface of the tail boom must be flat and located on the same level with stabilizers, to ensure the passage under it of a man in full growth. Thus, the position of stabilizers and carinae in relation to the fuselage and the ground will not change. The tail boom must be made less massive to reduce its weight, in order to avoid shifting the center of gravity of the helicopter in connection with raising the tail boom. And in the design of stabilizers, keels, elevators and directions you need to make maximum use of composite materials. The door on the starboard side of the helicopter near the cockpit can be left unchanged.

7. The number of paratroopers on board must be brought to 20 people. 10 folding seats to place along the left side, 9 folding seats along the right side, and a folding chair commander amphibious units in the cockpit. It is advisable to place the commander of the airborne group between the pilots in order to include it in the process of choosing a helicopter landing site for landing, first, and secondly, to increase its operational awareness of the tactical situation at the site of the intended landing.

The implementation of all the above activities will improve the conditions for the presence of paratroopers on board the helicopter, reduce the speed of landing and loading personnel of the Marine Corps units on the helicopter, and simplify loading and unloading operations. 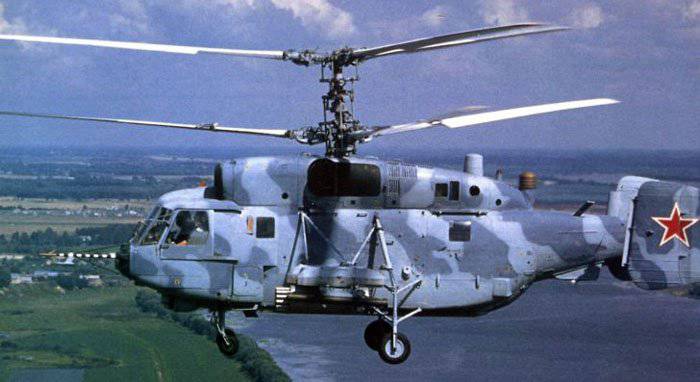 I admit that such a significant change in the design of the helicopter will seem to someone unnecessarily complex and expensive. But the development of a new helicopter from scratch will be much more complex and expensive. And if we take into account the modern terms of development of domestic rotorcraft technology, we can safely assume that the new naval helicopter will make the first flight no earlier than 2020 of the year, and its specialized modifications will be adopted by the Navy closer to 2030. It does not need to be an expert to understand that the KA-27 no longer meets modern requirements for the PLO helicopter, and after 2015, the same can be said about the KA-31 as an AEW helicopter. On the basis of the KA-33, by the year 2017, it would be possible to create the PLO and AEW helicopters, saving a lot of money and valuable time. The significant time required to create an absolutely new helicopter will in turn turn into lost profits from potential export contracts not concluded at this very time.

The world helicopter industry knows quite a few examples of successful modernization of helicopters, which not only prolonged their life, but gave them completely new qualities or significantly improved their performance characteristics. I would like to give an example of upgrading a heavy transport helicopter CH-53 Sea Stallion to CH-53E Super Stallion, and then to the version of CH-53K, which will go into operation after the year 2015. During the modernization of CH-53, which made its first flight in 1964, its maximum take-off weight from 19 tons doubled to 38 tons from CH-53K, and its payload increased three times - from 5 to 15 tons. By the way, the US Navy plans to exploit CH-53K until the 60-s of the XXI century. 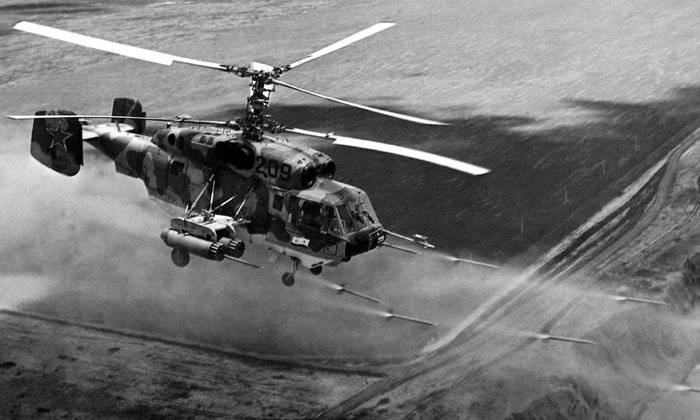 There are examples in Russia, the legendary Mi-8, having reborn as the Mi-17, realizes the initial modernization potential that was put into it, which was not exhausted before the end and at the beginning of the XXI century. I believe that the KA-29 has every chance to repeat the success of the Mi-8 and become its indispensable counterpart for the Russian Navy, despite the fact that he did not find himself in the role of the Mi-24 for the Navy. Since the Mi-8 became the Mi-17 and the Mi-171Sh, so also
The KA-29 is to become the KA-33 - a transport helicopter for the Russian Navy and Marine Corps. Development of the PLO and AEW helicopters on the basis of the KA-33 helicopters would be logical and economically sound. These specialized modifications would serve in the Russian Navy after 2017, and could provide export orders in the long term.

Russia almost always goes its own way, and helicopter engineering is no exception. Practically everything that is obvious to the whole world is not at all obvious to Russia. As a result, the Russian military equipment is not similar to the one that the rest of the world produces, which is often good, but not always, as “reinventing the wheel” again and again becomes more and more expensive!