The strategic underwater component of the Federation Council plans to "block" in the Norwegian Sea. Details of the "cunning plan" of Oslo 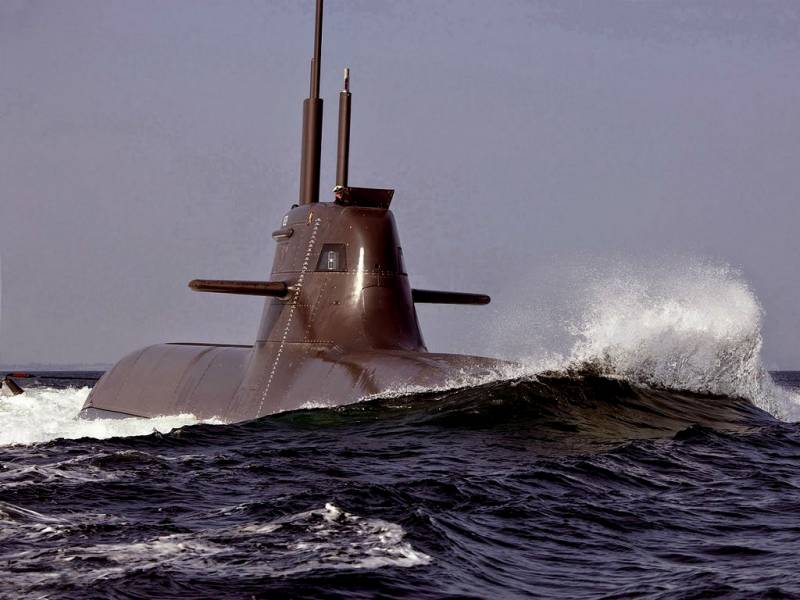 The 2012 summer of the year was remembered for numerous Russian and foreign Internet browsers unprecedented in stories modern submarine fleets cases with penetration into the US near submarine frontiers of Russian submarines of the Borey and Schuka-B classes, which staged a real break of stereotypes in the heads of the US Navy command, as well as specialists of submarine, submarine and anti-submarine aircraft operators regarding “ zero ”acoustic secrecy of strategic missile submarines of the naval forces of the USSR / Russia. In particular, the strategic missile submarine (SSBN / SSBN) K-535 Yury Dolgoruky (955 Borey project) was forced to ascend 1 km from Manhattan due to the sudden failure of the onboard Symphony-U navigation complex ( or "Scandium", equipped with a gyro-corrector). It is worth noting that the Symphony-U complex demonstrated the unique accuracy of its work back in the distant 2002 year, when the K-295 “Samara” multi-purpose atomic submarine equipped with it made 156 underwater running hours of only a minimum of 1852 m ( 10 cable).

The reason for the failure of the Symphony is unknown, but one thing is clear: not a single sonar system installed on the US boats and littoral zone ships, as well as the RSL, located in the Long Island area, could not detect sonar waves emanating from the approaching low-noise SSBN Russian fleet. This is not at all surprising, since the submarines of this project have a level of acoustic stealth comparable or even superior to that of the multi-purpose missile submarine cruisers, pr. 885 “Ash”. This is due to the presence of a water-jet propulsion system at Boreev, an improved design of shock absorbing units represented by vibration-absorbing laminated beams and pillers, as well as the use of modern sound-absorbing materials based on rubber coatings. All this reduces the noise level of submarines of Project 855 Ash-tree to 45 - 55 dB, which is 15 dB lower than that of Project 971 Schuka-B. It is also obvious that in the territorial waters of the United States the submarine moved at a speed of 3-5 knots, and the anti-submarine means of the United States did not at all presuppose such a development of events.

Some sources (including newsland.com), referring to the US media, do not indicate which board of the 955 Borey Ave. approached the US coast, but starting from the fact that at this point only 535 "Yuri Dolgoruky", the cruiser K-550 "Alexander Nevsky" could not be located in the North Atlantic. His avionics, power plant and navigation complex began to be tested only in the 2011 year, while the "Yuri Dolgoruky" is being tested since the 2009 year. Information about the incident with the penetration of "Boreas" into the anti-submarine lines of the American fleet are not the only ones in recent years.

So, for example, in August of the same year, according to the publication Freebeacon.com with reference to representatives of the US Navy, the low-noise Russian multi-purpose submarine of 971 Ave. “Pike-B” (class “Shark”) was miraculously found in the waters of the Gulf of Mexico. At the same time, American control devices observed minimal acoustic noise from a submarine for several weeks, but could not identify the source. The upgraded submarines of the same class "Improved Akula" more than once found a couple of hundreds of kilometers from the American coast and in the 2009 year, which our Defense Ministry presented as a proper response to the actions of the American submarine fleet off our shores. This was announced by the resource versia.ru with reference to the Russian Defense Ministry and the central US television channels.

After the incidents with Borey and Shchuki-B, more than 5 years have passed and the antisubmarine concept of the US Navy in the North Atlantic has changed radically. Beginning with the 2013, long-range anti-submarine aircraft of the new generation P-8A “Poseidon” began to enter into service with the Navy, the number of which reached 2017 units by the middle of 51 of the year! These cars, in comparison with the most massive patrol aircraft of the fleets of NATO member states P-3C "Orion" of various modifications, have a lot of flight-technical and technological advantages expressed in the speed of arrival at the conventional sea / ocean theater of military operations, as well as in multiple expanding the possibilities of conducting electronic and optical-electronic reconnaissance, not only on surface targets, but also on coastal targets.

First, the anti-submarine aircraft built on the basis of the Boeing 737-300 jet airliner has a cruising speed of 815 and a maximum speed of the order of 920 km / h, which allows the Poseidon to arrive in 1,35 times faster than the Orion. Accordingly, the time is reduced by 35%, it is necessary to arrange a certain number of sonobuoy AN / SSQ-125 MAC, AN / SSQ-53, AN / SSQ-62D / E DICASS and AN / SSQ-101B ADAR. The RSL data are distinguished by a huge total spectrum of operating modes (active, active-passive, passive, as well as the above-mentioned modes with different types of emitted acoustic signal, differing in frequency and intensity). Hydraulics data RSL have a range of work from 5-10 Hz to 2,4 - 20 kHz, which covers almost the entire necessary range of sonar noise emanating from the moving mechanisms of power plants and propulsion of surface ships, submarines (including the phenomenon of cavitation). The launch canister P-8A holds up to 120 radio-acoustic buoys in different ratios; located behind the center section of the anti-submarine.

Moreover, in the US coastal zone the number of operating multi-purpose littoral combat ships of the LCS-1 Freedom class is regularly increasing, on board of which unmanned underwater complexes - “mine hunters” AN / VLD-1 (V) 1, represented by semi-submersible diesel vehicles are deployed RMV with towed sonar system AN / AQS-20A. Despite the fact that the complex was originally adapted to carry out “mine duty”, the presence of three sonar systems on the auxiliary device AN / AQS-20A, capable of working in passive mode, makes it possible to locate nearby enemy submarines. But if the coastal zone of the US East Coast is sufficiently tightly covered by various sonar reconnaissance means, placed on underwater and surface carriers, as well as on patrol aviation, then the situation in the North Atlantic, especially in the Danish Strait and the Norwegian Sea, is completely different. Namely, this section is the main oceanic exit node for multi-purpose Russian SSGNs, pr. 971 Schuka-B, 941A Antey and 885 Yasen at the launch lines of SKR 3M14T Caliber-PL at strategically important US facilities located on the East Coast USA, as well as the US Navy's carrier forces in the Atlantic Ocean.

The fact is that in the area of ​​the Danish Strait, as well as the North, Norwegian and Greenland Seas, the impact of the Icelandic minimum (areas of low pressure over the North Atlantic), which brings a lot of cyclones from the south-west with hurricane winds, is much more pronounced. As a result, the hydrological situation deteriorates markedly, as does the detection range of enemy submarines by means of the RSL, as well as hydroacoustic stations of submarines and surface ships. The crews of ultra low noise diesel electric and anaerobic diesel sterling electric submarines with an acoustic noise level of less than 40 dB will feel most at ease in this situation. That is exactly what the Norwegian Defense Ministry decided when developing the long-term prospect of renewing the submarine component of the fleet.

So, on December 4, 2017, the British edition www.janes.com with reference to the journalist of the “Jane`s Navy International” division Richard Scott, published an article about the adoption by the Government of Norway of a decision to launch military-technical cooperation with Germany. At the same time, the main emphasis was placed on interaction along the line of naval technologies, in particular, on the purchase of modernized Type 212C / D anaerobic diesel-electric submarines. Such an “intra-NATO” deal will be extremely beneficial for both the Norwegian Navy, which will be able to replace the “ancient” diesel-electric Ula class submarines with new submarines, and the German shipbuilding company ThyssenKrupp Marine Systems (TKMS), which will receive a solid order for 6 - 8 "Type 212C / D" worth more than $ 8-9 billion. A rather important point of the upcoming contract is that the Norwegian fleet will receive a full-fledged improved modification of the "Type 212A", which will undergo a full-fledged demagnetization of the hull, which can hundreds of times reduce the possibility of detecting the presence of a submarine by means of magnetic anomaly detectors installed on long-range anti-submarine Il-38N and / or Tu-142M3.

Placing a Type 214 C / D submarine near Svalbard and northeastern Norway in difficult weather conditions will be extremely difficult for our anti-submarine weapons at a distance of 10 - 15 km, because their noise in normal hydrological conditions barely reaches 35 dB. Consequently, the command of the NATO Combat Forces can use them as a convenient and effective tool for blocking our SSGNs and SSBNs in the western part of the Norwegian and Greenland Seas. Concealing the hidden pursuit of our atomic submarine cruisers with a noise level of the order of 45 - 50 dB will be much easier for the quieter German “Type 212C / D” than, for example, the British “Astute” class MAPL or Virginia class submarines.

Due to equipping an improved 212 type with an AIP-type air-independent power plant based on an electrochemical generator, represented by an 306-kilowatt 9-modular hydrogen fuel cell, providing the necessary power for 288 silver-zinc batteries, the crew can stay under water for 2 - 3 weeks , without the need to enter the unsafe RDP mode, due to which the submarine can be instantly detected by means of a radar system attached to the Novela-P-XNU radio engineering complex MX ”or 38-multiple turret opto-electronic system capable of operating in optoelectronic and thermal imaging channels. This equipment is on board the anti-submarine aircraft IL-30H.

If, on the northern coast of Norway (western Barents Sea), Norwegian anaerobic submarines cannot rise to the surface due to partial control of the surface area by the forces of the Northern Fleet of the Russian Navy, then this procedure (for recharging batteries from a diesel generator) in the Norwegian Sea It is simpler, since this area with 100% probability will be the A2 / AD surface and aerospace zone, covered by air defense missile defense systems of a couple of American AUGs. Persistent anaerobic variants of non-nuclear submarines of the 212 Avenue Lada, equipped with a unique air-independent power plant that allows you to generate hydrogen through diesel reforming, could reverse the situation with the domination of the “quiet” Type 677C / D submarines in the North Atlantic.

But even if in the coming 3-5 years, specialists of TsKB MT Rubin will still be able to create and finally bring to mind a promising power plant, the fuel for which will be the same diesel as for the diesel generator used in The RDP, whose calculated range in 800 - 1200 nautical miles is unlikely to be able to play cat and mouse with the Norwegian “Type 212C / D” off the coast of Iceland, since at least one ascent will be required to recharge the batteries using the DG installation. Under the rule of the enemy, such an action could become deadly. In the western part of the Barents Sea and “Lada” and the good old Varshavyanka / Halibut can maintain underwater domination, with the ability to operate and return without the need to exit the RDP mode, because the distance, for example, to Bear Island is no more than 700-720 km . As for the “breakthrough” of the anti-submarine “barrier” formed by the updated submarine fleet of the Norwegian Navy, it remains to hope that the upgraded MAPL “Yasen-M” will receive a water-propeller, after which they will be able to compete with the German “air independent hunters”.

Ctrl Enter
Noticed oshЫbku Highlight text and press. Ctrl + Enter
We are
The big antisubmarine game in the North Atlantic! Type 26 "GCS" is preparing to meet with "Ash" and "Pike"Black Holes and Red Lines
Military Reviewin Yandex News
Military Reviewin Google News
95 comments
Information
Dear reader, to leave comments on the publication, you must to register.