December 8 2017
21
The Winchester Model 1895 rifle is a lever platoon rifle designed and manufactured by Winchester in the 1895 year. Unlike previous models, the rifle was designed to use smokeless powder cartridges.


The rifle was developed by John Browning for Winchester Repeating Arms Co in 1895. It was made in different calibers, but exactly the kind we are talking about was produced under the Russian cartridge 7,62x54R, because it was delivered to Russia, where it was used in the First World War and in the Civil War. 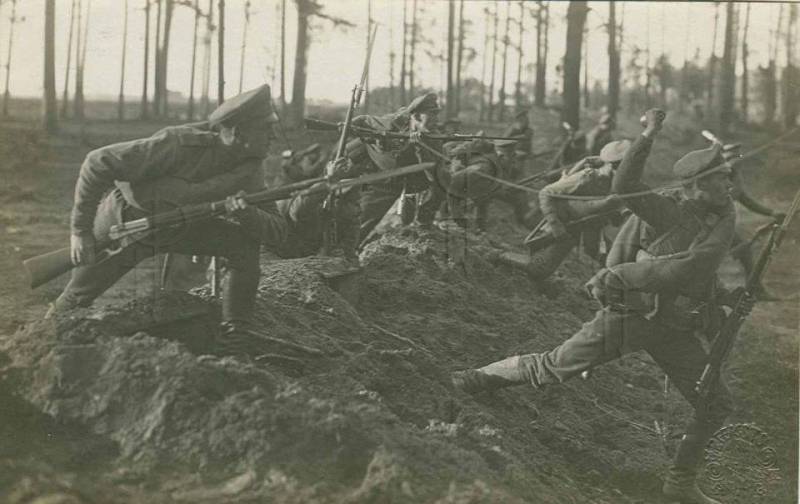 For the needs of the Russian army, about 300 thousands of 426 rifles were manufactured.

The 1895 was the first Winchester rifle with a box-type central location, and not with a tubular barrel-mounted magazine that was used in other models.

Russian winchesters were slightly modified compared to other brothers.

The main change affected rework weapons under the Russian cartridge 7,62 × 54 mm, which required a change in the shape of the store.

The second change was the special guides on the receiver, which made it possible to quickly equip the magazine with standard cartridges from a Mosin rifle. 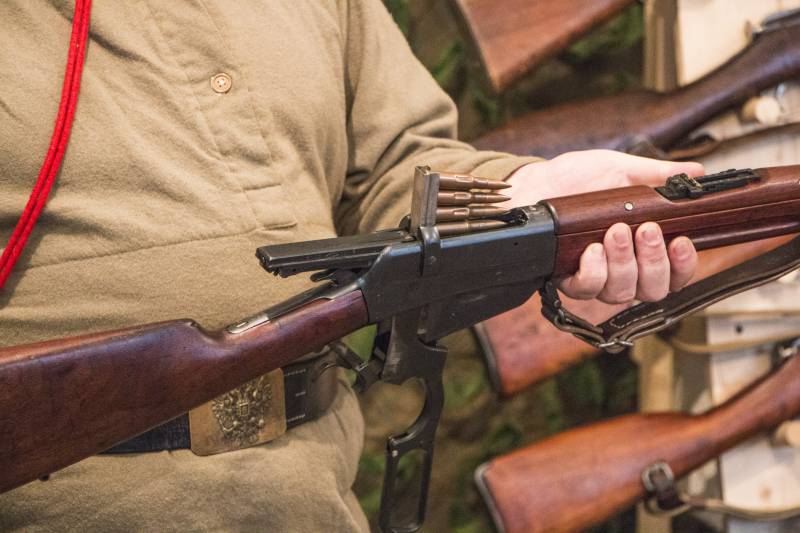 In addition, rifles made for Russia had an elongated barrel with a mount for the bayonet. New trunk length required to lengthen and the forearm. 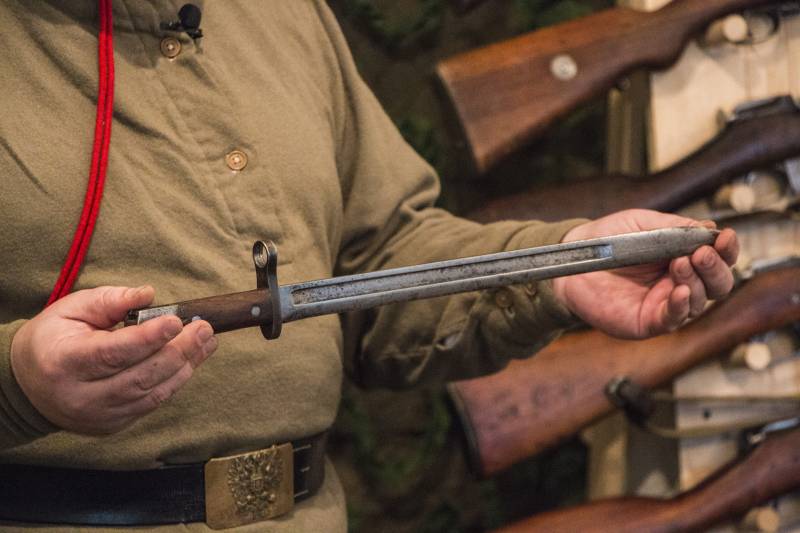 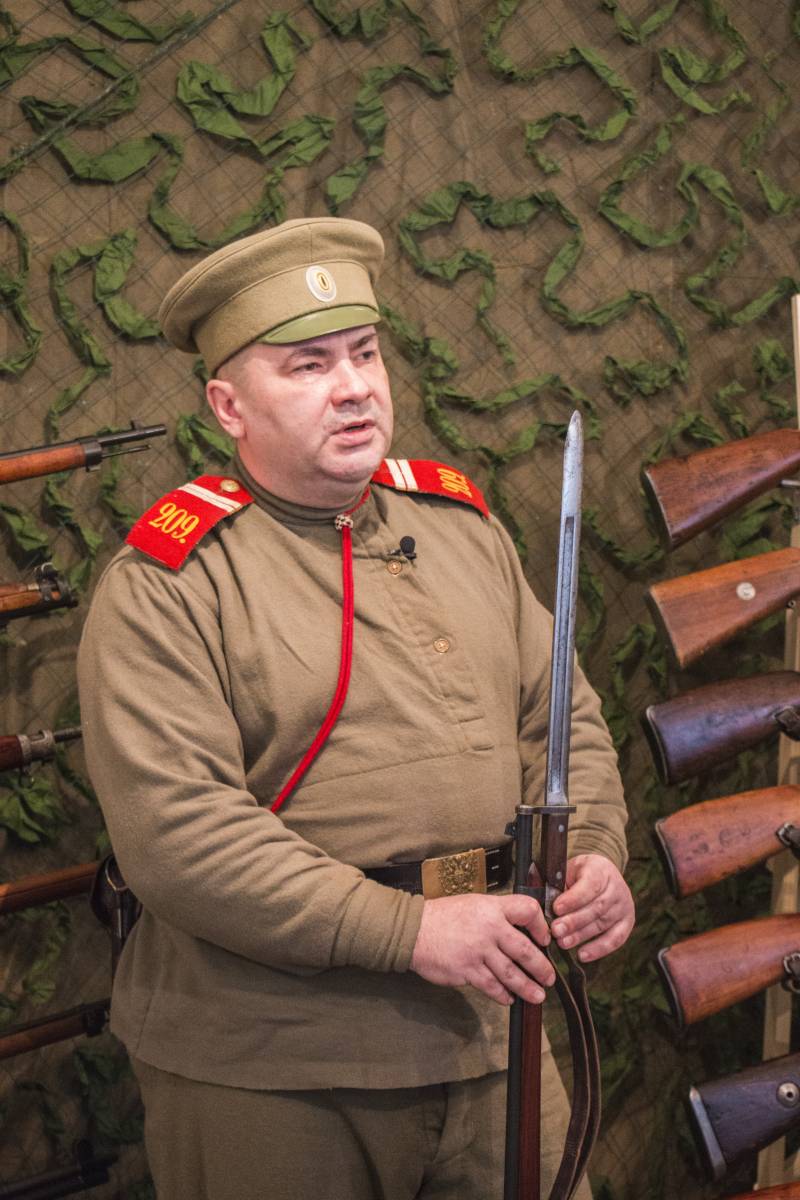 Winchesters МХNUMX basically arrived on armament of parts of the Russian army located in Finland and Baltic. A large number of rifles hit the Latvian arrows.

Initially, the soldiers liked the rifles very much, even though because of Henry's brace, it was inconvenient to reload them when it was fixed to the ground, for example, lying or in a trench. 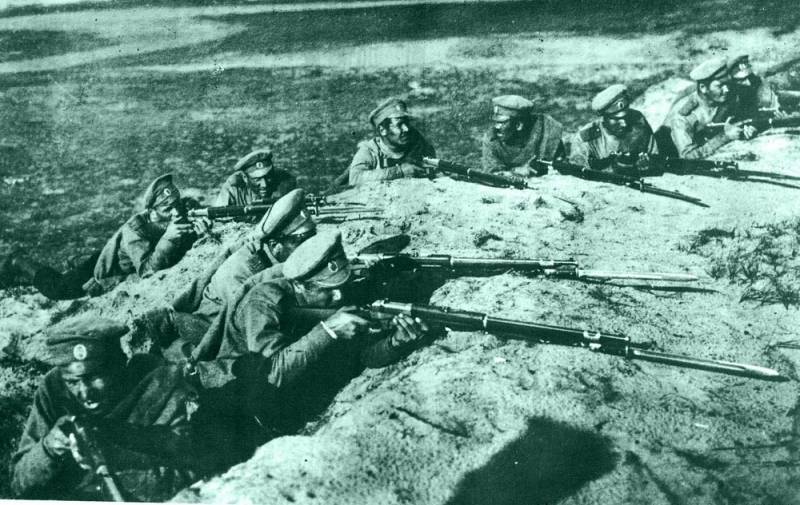 However, with the onset of cold weather, it turned out that already in the cold M1895 stopped working normally - the mechanism was freezing. Therefore, in the 1916 year, they began to be removed from service and replaced by Arisaki.

Compared to the Mosin rifles of the Winchester rifle, the M1895 was distinguished by a somewhat higher rate of fire due to the use of reloading with a Henry tilting cradle instead of a longitudinally sliding rotary bolt. On the other hand, the M1895 rifles were more sensitive to contamination, and reloading with Henry's brace from a prone position was rather inconvenient.

About the device of the rifle will tell Andrei Bondar from the club near Moscow historical reconstruction "Infantheria".