November 28 2017
22
Shortly after the outbreak of war in Syria, official Damascus agreed with Moscow on the supply of various weapons, equipment and other material parts. New messages regularly appeared on the supply of a military product. In addition, reviews from Russian were published from time to time. weapons or technique. Recent reports of this kind tell about the experience of operating the military sniper complex VSK-94.


According to available data accumulated during the years of the war in Syria, Damascus acquired from Russia a wide range of military products. The Syrian army passed a variety of small arms, armored combat vehicles, complexes for various purposes, etc. At the same time, both widely known and widespread samples were delivered, as well as not the most popular products. Despite this, all deliveries are of some interest. 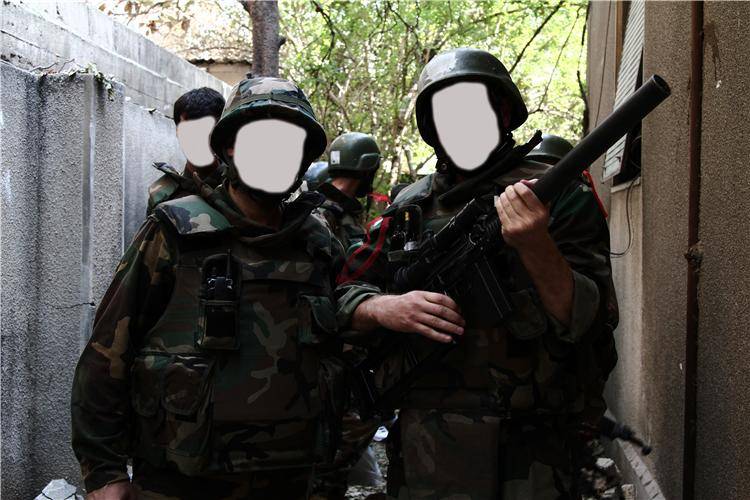 By the middle of 2012, it became known that the Syrian armed forces had received several large batches of small arms of various classes and types from the Russian military. Among other things, a certain number of not very popular sniper rifles were delivered to Syria. In particular, the Syrian military had the opportunity to try out in combat the Russian military sniper complex VSK-94. In the summer of 2012, the first photos and videos appeared confirming the delivery of such products. VSK-94 rifles were seen in the hands of Republican Guard fighters.

Details of those shipments, for obvious reasons, were not disclosed. The volume of deliveries, the cost and even the timing of the transfer of arms remained unknown. Because of this, in particular, there was a version, according to which the Syrian military bought products VSK-94 in the recent past - a few years before the current war. Syria is a long-time and reliable partner of the Russian defense industry, and sniper complexes could well have been supplied to it under one of the past contracts.

Information about the supply of rifles VSK-94 to a friendly state interested the public. As is the case with some other similar the news, information about the transfer of sniper rifles has become the occasion for heated discussions, numerous assessments and disputes.

Over the next few years, "Syrian" rifles VSK-94 repeatedly hit the lens of cameras and camcorders, but, for some reason, did not cause the former excitement. The next time, a noticeable reaction from the public and the media took place only in the early spring of 2016. During this period, Syrian and foreign news agencies, as well as the interested public, distributed several interesting photographs.

These pictures captured fighters of the Syrian Republican Guard, resting between battles. Several guardsmen were seen samples of weapons with a characteristic silhouette, which immediately identified as a sniper complex VSK-94. As written by domestic publications, commenting on these photos, the rifle shows high performance and earned the respect of the fighters of special units who had to exploit this weapon. 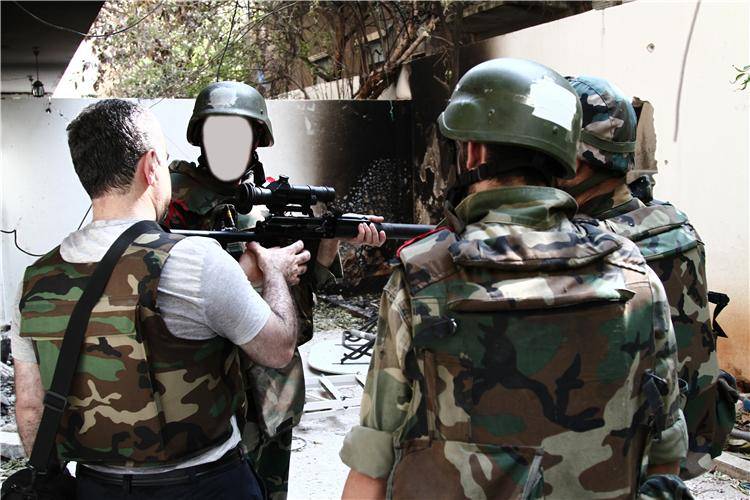 Just recently, there were new messages from Syria mentioning the Russian sniper rifle. The press, referring to sources in the Syrian armed forces, writes that the fighters recognized the FAC-94 best system in its class. Similar conclusions were drawn from the results of long-term weapon exploitation in a real local conflict. The complex showed good results during urban battles, in particular with the liberation of the Syrian capital.

It can be assumed that the Syrian army will use VSK-94 rifles in the foreseeable future. This weapon will help with a variety of operations that require accurate destruction of remote targets. It should also be expected that similar Russian-made weapons will in the future repeatedly become the hero of numerous publications in the press and a topic of controversy among the interested public.

The military sniper complex VSK-94 (index GRAU - 6В8) was developed in the early nineties of the last century. The project was developed by the Tula Instrument Design Bureau under the direction of V.P. Gryazev. The project was based on the idea of ​​creating a simpler and cheaper analogue of one of the existing rifles, which, however, has similar combat characteristics. To simplify the design and subsequent production, the existing 9-91 machine gun was used as a base for the rifle.

The main objective of the VSK-94 project was to create a relatively simple and cheap rifle capable of solving the same tasks as the Vintorez BCC system developed by the Central Research Institute Tochmash. The required level of basic characteristics was planned to be achieved by using the same line of cartridges. At the same time, the new complex had to be distinguished from its competitor by greater adaptability, lower cost, and other characteristic features.

As a base for the sniper complex was used small-sized machine 9A-91, created a little earlier. It is noteworthy that this machine was also the result of competition between the leading weapon design bureaus. The 9A-91 was supposed to be a simpler and more convenient analog of the CP-3 “Whirlwind” product. In the framework of the new VSK-94 project, the base machine lost its standard grip and butt, instead of which a new butt was installed. In addition, the rifle was equipped with a silent and flameless device, as well as an optical sight. 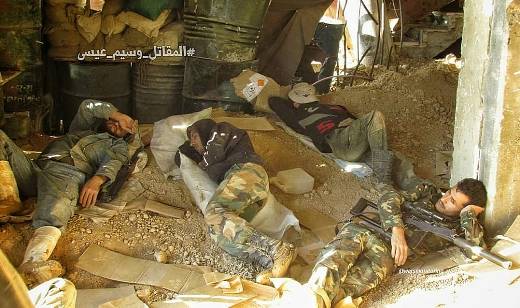 The rifle, as well as the base machine, has a stamped steel receiver, characterized by simplicity of design. The box is divided into two parts, including a large flip cover. In the front of the receiver are fixed barrel and gas piston tube. The main volumes are given under the mobile bolt group and the trigger mechanism. At the bottom of the box there is a store receiver and a hole for pulling the trigger.

VSK-94 has automatics using the energy of powder gases. Through the gas outlet gas flows from the bore to the piston and move the bolt carrier. The rifle "inherited" from the base machine the principle of working with a long barrel stroke. The same butterfly valve is used with locking on four lugs. Inside the gate are placed a spring-loaded drummer and an extractor.

Being a slightly revised version of the machine gun, the VSK-94 rifle retains a trigger-type trigger mechanism with the possibility of firing single and bursts. The flag of the fuse-translator of fire is located on the right wall of the receiver, directly above the trigger. It was assumed that the preservation of the possibility of automatic fire will expand the combat capabilities of the rifle.

The 9A-91 and the VSK-94 rifle were developed for 9x39 mm cartridges. They can use SP-5 and SP-6 ammunition, originally developed at the Central Research Institute Tochmash for the BCC rifle, as well as products PUB-9. The last cartridge was created in Tula KBP especially for a promising small-sized machine gun and, as a result, for a military sniper complex. The cartridges of three types are equipped with a relatively heavy bullet flying at a subsonic speed. This, to a certain extent, increases the potential of a weapon in solving some specific tasks.

VSK-94 uses detachable box magazines with a capacity of 20 cartridges. The design of the store allows the use of three types of cartridges. The magazine is placed in the receiver of the receiver, which has a characteristic oblique shape, and is fixed with a simple latch. 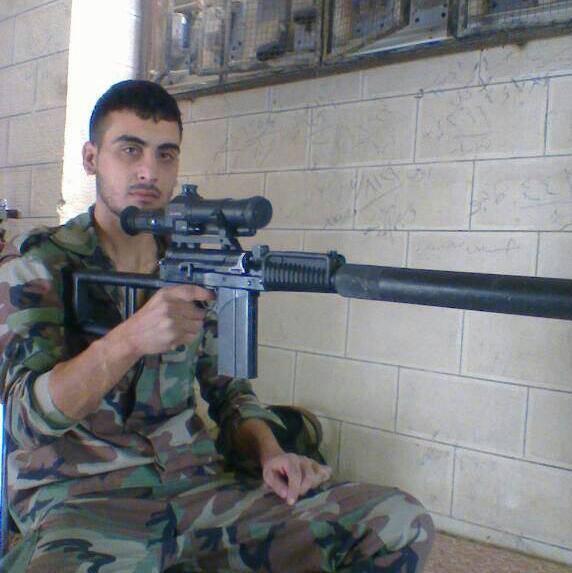 The most important element of the sniper complex is a silent shooting device mounted on a regular barrel. This device is large in size and made not folding. Replaceable elements are missing, which significantly increases the resource. With the help of such a device the rifle does not unmask itself with a flash of a shot. Shot noise is noticeably reduced. At the same time, a bullet with a subsonic speed does not form a shock wave, but the moving parts of the rifle produce a certain noise.

The VSK-94 sniper complex retains the standard open sights of the base machine gun. At the same time, it can be equipped with a PSO-1-1 optical sight or a collimator PKS-07.

For more convenience, the shooter when solving sniper tasks rifle VSK-94 is equipped with a plastic butt skeleton type. There are swivels for mounting the belt. Disassembled sniper complex can be transported in a special case.

The VSK-94 rifle has a total length of 932 mm with a width of the order of 45 mm and a height of less than 20 cm (without sight). Own weight of the product - 2,8 kg. A magazine with 20 cartridges increases the weight by 700 g. Also, the weight increases due to the set sight. The target range is defined in 400 m. Technical rate of fire - 700 shots per minute.

According to known data, the VSK-94 complex has both advantages and disadvantages. It differs from similar systems by greater simplicity and reduced cost. The relatively heavy bullet cartridges SP-5, SP-6 or PUB-9 provides a high piercing and slaughter effect of the bullet. The correct choice of cartridge ensures the defeat of manpower using personal protective equipment. The presence of a single and automatic fire increases the flexibility of the rifle. 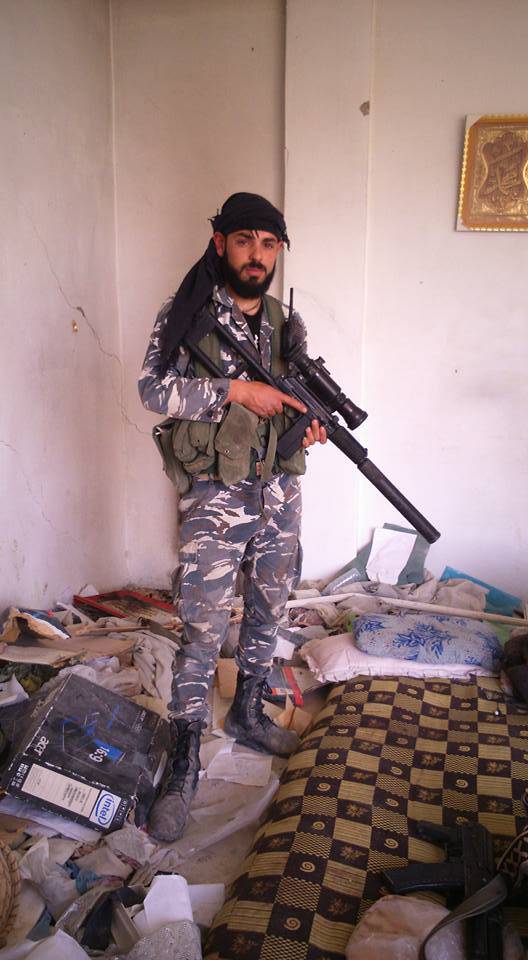 The presence of a silent shooting device allows you to fire with minimal noise, without attracting attention. Similar capabilities of VSK-94 have been tested for a long time in real armed conflicts. The concealment of the sniper’s work was shown both in urban settings and in open areas. At the same time, the shot noise is not completely eliminated due to the presence of moving parts.

The military sniper complex VSK-94 appeared in the mid-nineties, and was soon offered to potential customers. According to reports, the special forces of the Russian Ministry of the Interior immediately became interested in this system. Soon came the first contract for the supply of a certain number of rifles. In the future, according to various sources, such weapons came into service with various structures from the Ministry of Internal Affairs. The Armed Forces, as far as we know, became interested in VSK-94 much later. The first contract for the supply of complexes for the army appeared only in 2002 year.

Specialized weapons with characteristic features interested foreign customers. VSK-94 supplies special units of the Republic of Belarus, Kazakhstan, Uzbekistan and Mongolia. A few years ago, the first rifles of this type were sent to Syria. The total number of serial complexes can be estimated at several hundred.

VSK-94 rifles have been used in several armed conflicts in recent decades. According to reports, the debut of these weapons took place during the wars in Chechnya. Subsequently, the fighters, armed with such complexes, made a certain contribution to the conduct of certain operations to combat terrorism. Not later than 2012, Russian-made sniper rifles are used by Syrian troops. In all cases, this weapon confirms its characteristics and gives certain advantages over the enemy.

It is no secret that the Syrian war has become a real proving ground for combat tests of Russian weapons and equipment. It is important that not only new and promising systems, but also relatively old samples pass such checks by combat. The military sniper complex VSK-94 has long ceased to be a novelty of the Russian defense industry, but it should also be checked in a real conflict. As reported from Syria, these weapons are fully capable of showing high results and contribute to the solution of combat missions.

Ctrl Enter
Noticed oshЫbku Highlight text and press. Ctrl + Enter
We are
Sniper fire in local warsWhat should be a modern sniper (part of 1)
22 comments
Information
Dear reader, to leave comments on the publication, you must to register.