November 27 2017
15
27 November in our country celebrates the holiday of one of the most important types of troops - the marines. For more than three hundred years these troops have made the most important contribution to the protection of the country's borders and solve a special task in the course of armed conflicts.


The first attempt to create a marines was made in the middle of the XVII century, when Smooth armies were formed as part of the Russian army. The soldiers, who had their own ships at their disposal, were to take part in the struggle for access to the Baltic, Azov and Black Seas.

The first naval regiment that launched the construction of the marines was formed in accordance with the decree of Emperor Peter I, signed on November 16 (November 27 in new style) 1705 of the year. Now this date is celebrated as a professional holiday of the Russian marines. In the shortest possible time, the young Russian Empire formed large units of naval soldiers, who soon took part in the wars with Sweden.

For many decades, naval soldiers engaged in battle with the enemy and defended the interests of the Fatherland on all seas. The fighters had to fight armies and fleets Sweden, Turkey, Napoleonic France, etc. In all conflicts, the Marine Corps demonstrated excellent training and high combat potential.

During the Great Patriotic War, marines made a great contribution to the victory. Since the summer of 1941, fighters of this kind of troops fought with the enemy on all fronts; having lost the opportunity to fight at sea, they poured into the land army. The actions of the Soviet marines left a noticeable mark on stories. During the war, she performed several large naval landings, participated in the defense and liberation of large cities. The courage of military personnel and the successful coordinated actions of the units were appreciated by the command. 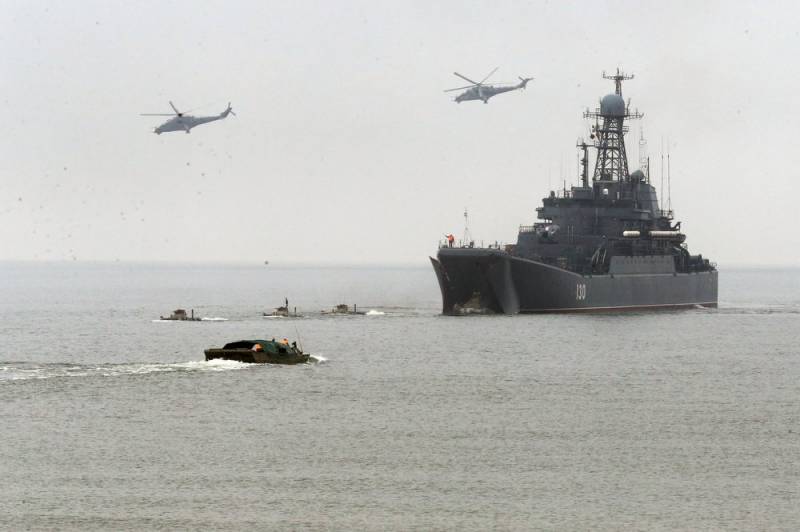 In recent years, the Marines of the Navy of the Russian Federation has repeatedly participated in local conflicts, solving assigned tasks in different areas - both in the country and away from their native shores. Marines fought terrorism and were involved in anti-piracy activities. Since 2015, the marines have been responsible for protecting the fleet ships involved in a military operation in Syria.

For more than three centuries, the soldiers of the Russian marine fleet are on the defense of their native shores and are making a serious contribution to the defense of the country. Parts of this branch of the military continue to serve, and the Motherland can always count on them. November 27 - on the anniversary of the foundation - the Marines celebrates their professional holiday. The editorial staff of the Military Review congratulates all military personnel, veterans and civilian marine personnel!
Ctrl Enter
Noticed oshЫbku Highlight text and press. Ctrl + Enter
We are
In the wake of IDEX 2015Three centuries of Russian marines: from cuts to new development
Military Reviewin Yandex News
Military Reviewin Google News
15 comments
Information
Dear reader, to leave comments on the publication, you must sign in.