Russian 5 generation fighter: the best in the world?

November 19 2017
110
What are the features of the 5 generation fighter compared to previous generations? The one who had the opportunity to make a comparison on personal experience, the honored test pilot of the Russian Federation, the hero of Russia Sergey Bogdan, who first took the T-50 into the air and performed the main volume of tests on this machine, can best tell about it.


What is the fundamental difference between the 5 th and 4 th generation fighters in terms of piloting?

Compared to the 4 generation aircraft, such as the Su-27 or the MiG-29, the T-50 has noticeably easier handling. Previously, in piloting combat aircraft, a lot depended on the pilot. It was the pilot who, by operating the control stick, the engine control lever (RUD), had to withstand the flight modes: do not exceed the angle of attack to dangerous values, overload. In those days, the load on the controls and the amount of deviation of the knobs were of fundamental importance. The pilot could feel kinesthetically, literally with his whole body, the limits for which he could not go beyond control. Now, the integrated control system automatically withstands these modes, and there is no need to “tighten” the controls so much, because with vigorous maneuvering that 5 generation airplanes can perform, piloting can turn into a very energy-intensive process. It is worth noting that on Russian generation fighters 4 ++ (Su-35) and 4 + (Su-30CM), the efforts on the controls were already significantly reduced compared to Su-27 and piloting became much more comfortable. Externally, the Su-35 is practically indistinguishable from the Su-27. In fact, these are radically different planes both in controllability, and in maneuverability, and in many other indicators. But when the pilots mastered the Su-35, they easily retrained and gave the car only enthusiastic ratings. There is no reason to believe that the transition to T-50 from the point of view of piloting will be more difficult.

And if we talk about the physical condition of the pilots - do you need additional training for the transition to T-50?

Yes, the requirements for physical training for pilots of 5 generation machines are higher. The fact is that 4 generation airplanes could go to 9 g overload, but this peak mode lasted no more than 1 − 1,5 s. Further, with such an overload, the frontal resistance sharply increased, the speed of the aircraft fell, and with it the overload. However, 4 ++ and 5 generation fighter aircraft have significantly more powerful engines, and, as a result, can withstand 9 g for a much longer time — for example, for one or two minutes. And the entire time period the pilot must be in good shape and control the situation. Here, of course, a very serious attitude to physical training is required. 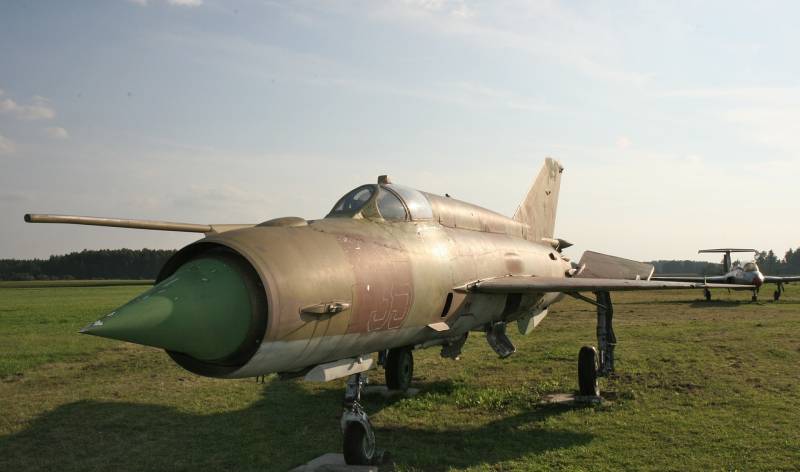 5 generation is new functionality, new weapon systems. Will the pilot be more difficult to manage with all these systems?

Yes, the load on the pilot as an operator grows significantly. The nomenclature of weapons of the 4-th generation did not go beyond a dozen. The pilot was required to master three operations: work on the ground, work on the air controlled weapons (several types of missiles) and work on the air by unmanaged means (shooting from a cannon). The nomenclature of weapons T-50 is close to fifty completely different means with different principles of guidance. Television-guided weapons, radar aiming at sea and land targets ... Each type of weapon has its own information support, its own indicators. And that's not all - the pilot can still manage a whole group of aircraft. While conducting his battle, he must assign tasks for subordinate crews.

It was necessary to develop such algorithms for issuing information so that the pilot could read it correctly and make intelligent decisions. Only the work of scientists from the Institute of Space Medicine, together with designers, test pilots, military pilots, led to the fact that the algorithms were optimized, the control field became non-conflicting. But still, the burden on the pilot is enormous. Therefore, on airplanes of new generations, the task of piloting is on the whole secondary. When performing aiming, the pilot can be distracted from piloting, throwing the control stick even with the autopilot turned off. The aircraft’s automatics “know” that the machine is not controlled, and if the fighter is, for example, in roll and descent mode, the plane removes the roll and goes into horizontal flight. The main thing is gun control.

Is it true that future generation combat aircraft will be unmanned?

A pilot does not exist to be heroic and receive rewards. Its main function is to carry out a combat mission. If a particular combat mission can be performed without human intervention, it means that the pilot will be replaced by automation, especially since a manned aircraft is by definition more expensive than a drone, and you cannot risk the life of a highly qualified pilot without special need. Another thing is that the transition to unmanned combat Aviation will not happen simultaneously. UAVs will gradually be transferred to certain functions (reconnaissance, additional reconnaissance, striking). At first, mixed groups will fight in the sky. A pilot in a manned aircraft will control a group of UAVs and set tasks for them. Recall that at first people hunted without assistance, drove the beast on their own, but then they tamed the dogs, and the dogs were given the functions associated with the greatest risk. This will also happen in combat aviation, until artificial intelligence finally crowds out a person, and the pilot turns into a ground operator.

The operation of the 5 multi-generation fighter (MFI) puts a person in conditions of an extreme level of overloads - physical, psychological, informational. No wonder they say that the MFI will be the last manned aircraft of this class. Next will be followed by even more steep aircraft, in which it will be unsafe for a person to be, and simply contraindicated.

The 5 IFI generation is conceived and implemented as a “network soldier” of the C4I system (Computers, Command, Control, Communications, Intelligence). Essentially, C4I is a global system of coordinated group activities, but in it, despite intelligent computer technologies, the main crucial element remains the person: he can understand the situation, make decisions and execute them himself.

And this is in the conditions of not only the beyond information, but also physical and psychological loads, too. Overloading under 10 g becomes the usual maneuvering mode. The aircraft sometimes takes on unusual spatial positions: it can even hang in a fixed motionless sky. This can also be attributed to lateral overloads during flat lateral maneuvers, which we have not encountered before. All these new phenomena began to be observed in aviation after the aircraft received a system of all-view thrust vector control of the engine - UHT, from which it acquired a new quality of super-maneuverable "tough", in English terminology (agility) aircraft. And agility-planes can fly only "agile" agility-pilots. 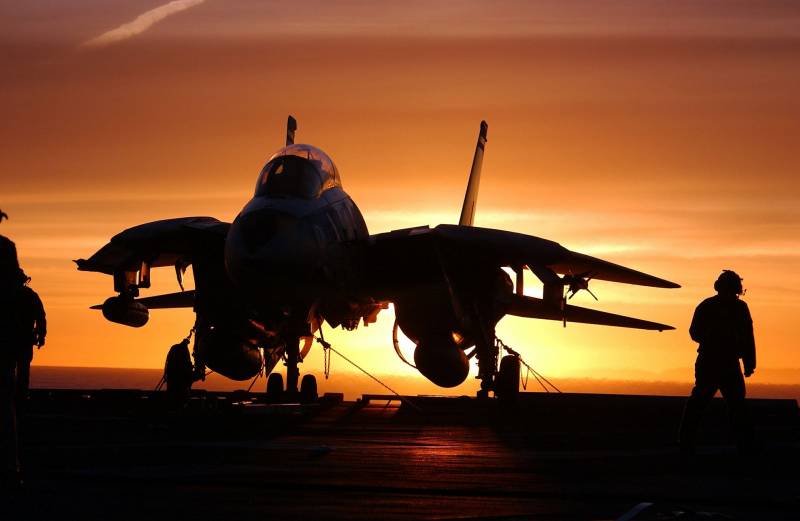 The solution is an effective interactive anthropocentric interface. He must provide the pilot with the opportunity to cope with the surrounding extreme, when staying in a state of psychological stress and working with outrageous amounts of information with a lack of time become commonplace for the person sitting in the cabin.

The 5 generation fighter cockpit is a “glass cockpit”, similar to the cabins of many modern aircraft. But its information and control field (IUP) refers to a new type. Instead of a set of multifunctional indicators, it uses a single touch-sensitive interactive screen that occupies the entire front dashboard of the cab.

All necessary information from on-board avionics, as well as video information from on-board sensors, supplemented by sighting and flight symbolism, is displayed on the information windows of this screen. Working with the screen facilitates the presentation of information in color "picture" formats that are understandable and visual for a person and are clearly quickly perceived. The large screen size, and these are 500 x 200 mm in F-35 and 610 x 230 mm in Su-35C and T-50, is easily covered by the standard 500-700 mm viewing distance. Binocular support and high-definition images contribute to the creation of the effect of the presence inside the event, known from domestic HD television.

The latter is very important for the pilot as the leader of the network task, and not just as an operator with onboard sensors. That is why all the information is displayed on the screen in a pre-processed form and appears only at the right moments, which is convenient for a person and significantly increases timely situational awareness. A special place in the IUP cockpit is occupied by the helmet-mounted target designation and indication system (NTSI), which also puts the pilot inside the event.

All the necessary information in convenient for work binocular forms is displayed on the helmet visor and always, despite the head turns, is in front of the pilot's eyes, for which the position of his head is constantly monitored. The helmet has the function of augmented reality, so the pilot can, as it were, see through the cockpit and be more informed about what is happening around the aircraft.

These helmets are already on the heads of the F-35 pilots - this is HMDS Gen II "God's eye" of the American company VSI. And soon they will be among European pilots: Striker II helmet is manufactured by the British company BAE Systems. Similar developments are underway for our Su-35C and T-50.

Slip and sharp acceleration and braking at high angles of attack cause new, previously unknown illusions, leading to disorientation, discomfort and nausea.

Flying with high overloads is exacerbated by related problems: deterioration of visual functions, injuries of the back muscles, ligaments and vertebrae, physical discomfort and pain.

The lack of time in speed battles with instant transitions from one spatial state to another causes, as pilots say, a feeling when “you feel rather than understand what is happening”, which is also a new psychological phenomenon.

The speed of air combat can cause feelings of cognitive dissonance when working with highly dynamic formats of cabin displays, or even loss of information contact with them.

Conducting combat in the tight boundaries of the airspace with sharp changes in the angular velocities of the line of sight of the target requires intense head turns in a helmet with an aiming system, which gives rise to additional illusions of diving, tailing and roll, depending on head movements.

The added reality on the helmet visor, which makes it possible to see “through the cockpit”, causes the illusion of independent flight outside the aircraft, which makes it difficult to work with cabin controls.