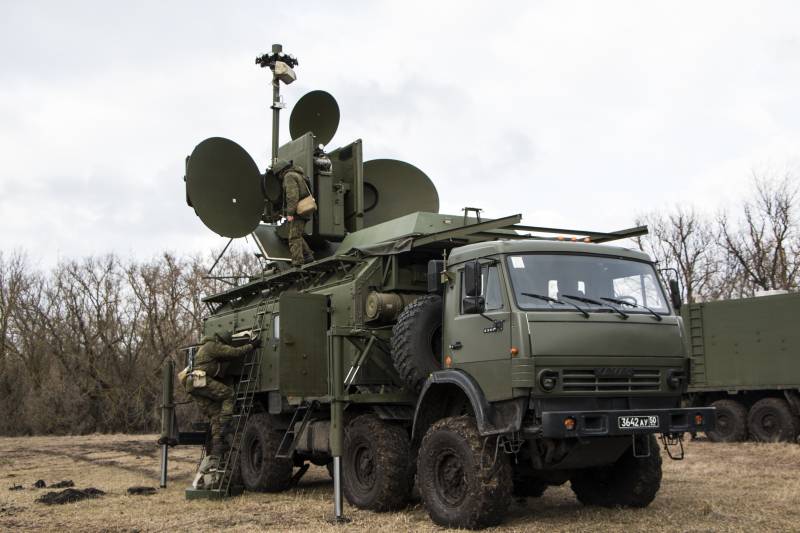 We have always been and will be interested in the opinion of our potential partners overseas about us and our capabilities. Fortunately, a number of publications in the United States of the type "National Interest", "Goals and Objectives" are ready to share with us our thoughts.

I present to your attention another edition of this kind. Signal magazine, the official mouthpiece of the non-profit association of veterans of the communications troops and the United States radio electronic troops (AFCEA). Published since 1946.

Robert K. Ackerman, author of the article, has been the editor-in-chief of the magazine for more than ten years. Ackerman served as a war correspondent, covering the war in Iraq, being seconded to the 101-th Airborne Division of the US Army.

A journalist by training, Ackerman was also the dean of the faculty of political science at the university. His journalistic career spans over three decades, starting with filming as a radio reporter covering the political conventions of Republicans and democratic parties in the 1976 elections of the year. Following these agreements, he acted as a media consultant or spokesperson for candidates for state and presidential campaigns.

What does Mr. Ackerman think about Russian EW systems?

Mr. Ackerman believes that Russia has been able to implement advanced technologies in the field of electronic warfare and today the Russian EW systems are ahead of Western electronic systems in efficiency and power.

Based on the report of one of the European think tanks, Ackerman is confident that the plan for the modernization of the armed forces of our country for the period up to 2025 is not just the basis for further improvement.

The report was published by Roger McDermott of the International Center for Defense and Security Problems in Estonia.

Of course, the report focuses on threats emanating from Russian EW facilities for the Baltic region. But Ackerman believes that the findings of the authors of the study may be applicable to all Russian forces adjacent to the borders of NATO, since the EW of Russia funds are highly mobile.

According to the report, Russian EW facilities can disrupt and interrupt the operation of NATO communication channels, suppress drones, radar and other surveillance and communication systems.

NATO’s plans to protect the Baltic countries and other members of the alliance at its eastern frontiers can be violated as a result of the attack of Russian EW assets as part of blocking access to the A2 / AD zone, which implies the need to block alliance communications and information systems.

A2 / AD (eng. Anti-access and area denial - restriction and prohibition of access and maneuver) - the concept of deterring the enemy (usually with an armament complex) by creating an increased danger to the deployment or movement of enemy forces in the protected area.

It is worth noting that the authors are right. Creating a real A2 / AD zone on the territory of the Baltic States, and even near our eastern borders is quite real. However, it is worth talking here not only about the EW facilities, but really about the armament complex that allows it.

However, of all the above, only “Caliber” can be called offensive weapons, and even then, with some stretch. Everything else is really a means of containment.

In any case, the creation of a “dead zone” near our borders for NATO is a cause for concern for NATO only in the event of the beginning of the movements of the alliance forces.

If there are no movements directed against the interests of Russia, then there is nothing to worry about. But Ackerman and the authors of the report are not only concerned about this aspect.

“Russia is developing a full range of electronic warfare systems. These systems encompass the traditional range of tasks, such as observation, defense, and counteraction. They protect the range in which Russian communications systems operate. These integrated devices are highly mobile and include small devices deployed using unmanned aerial vehicles. ” 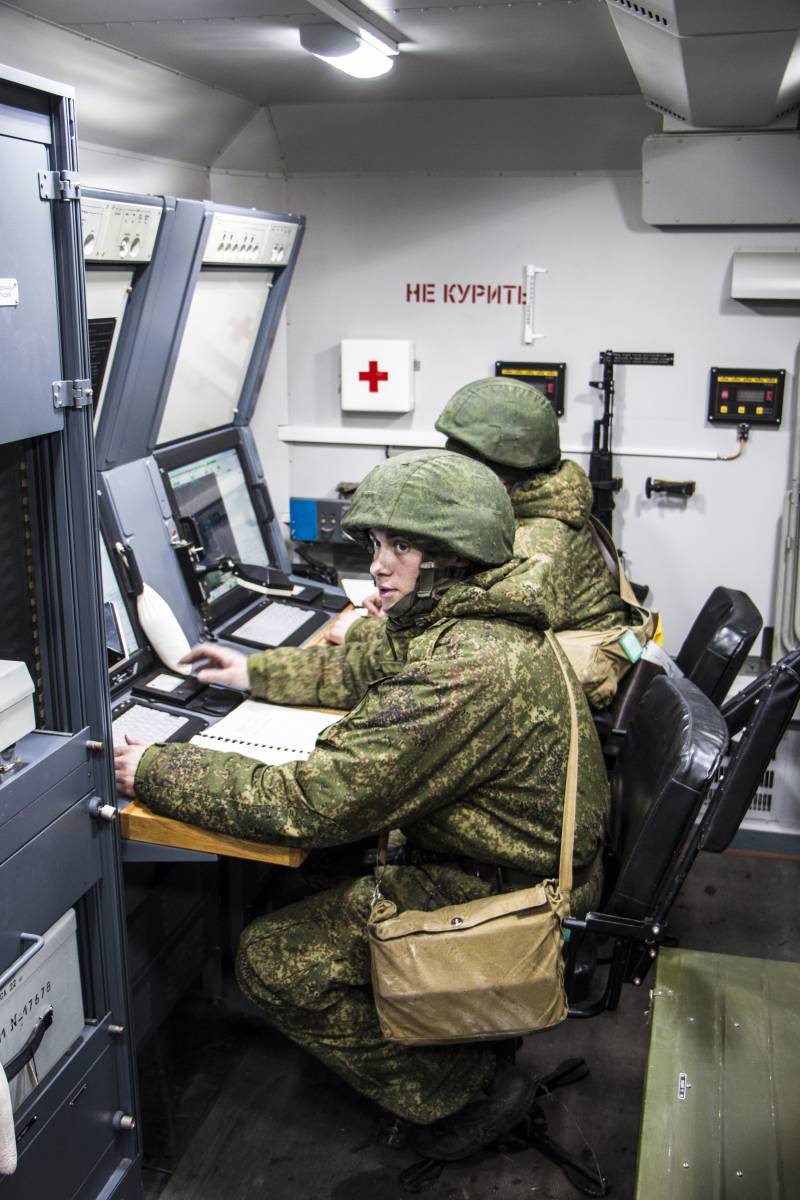 Actually, why not? If the alliance does not do the same, then it is only NATO problems. On the other hand, if we do not have such a number of offensive weapons, such as, for example, Tomahawk missiles, what prevents Russia from creating a reliable missile defense shield, not only in the form of air defense systems, but also EW? 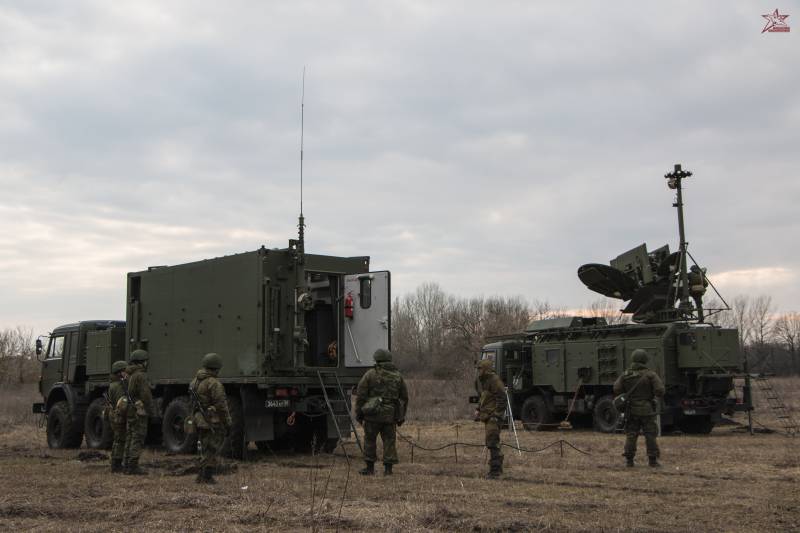 “The improvement of electronic warfare equipment is complemented by changes in the structure and organization of the Russian armed forces, management system, training and tactics, methods and procedures. These changes go far beyond air defense and blocking access to the A2 / AD zone, as they include cyber attacks and psychological operations. The report predicts a growing convergence of electronic warfare, cyber and information warfare in the Russian armed forces. This trend is already taking place in the West. ”

Again, if the trend takes place in the West, than we are worse? If NATO considers psychological and informational war as a component of the entire military concept, why Russia cannot follow the example of potential?

“Russian military leaders described the development of a national EW strategic system as an asymmetric response to the network-centric warfare system that NATO is conducting. The Russian system includes Murmansk-BN, a complex of interferences with an exposure range of 5000 kilometers. It controls the activity in the air and has the ability to suppress in a wide range of frequencies. The Russians say that Murmansk-BN is aimed at the US high-frequency global communications system, which forms the basis of command and control (С2) for US and NATO ships and aircraft. ” 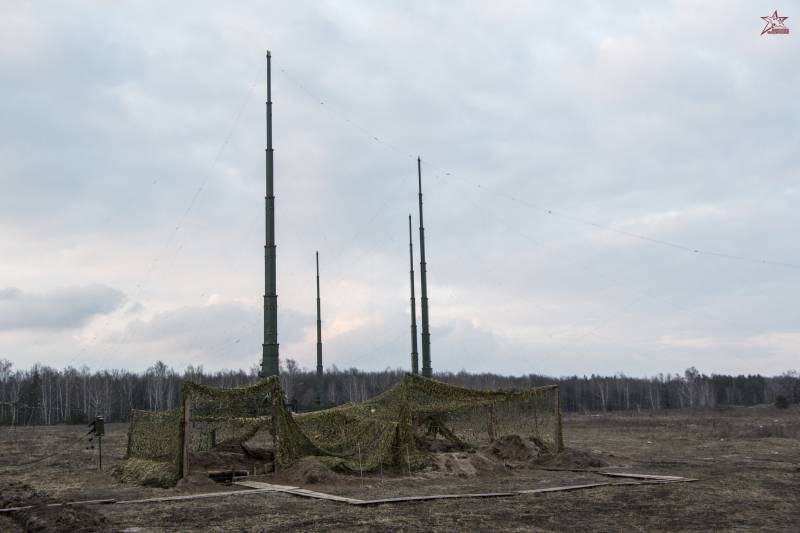 Here everything is correct. Indeed, “Murmansk”, about which we once spoke, is capable of such actions, which one can only dream of at NATO. It is worth noting that the range of exposure in 5 thousands of kilometers - not the limit for the "Murmansk". When using a complex as part of a division, that is, two stations, the aggregate power is enough to confidently suppress the VHF range at a range of 8 thousands of kilometers. And in the exercises "in full force," it was noted several times that a "prick in the butt" was applied, that is, the signal sent by the station went around the globe and was received by the antennas of the complex. Of course, in a weakened form, but nonetheless.

Of course, for this, it is necessary that certain favorable conditions be created in the atmosphere for the passage of a signal, but even without this, the effect is more than sufficient. 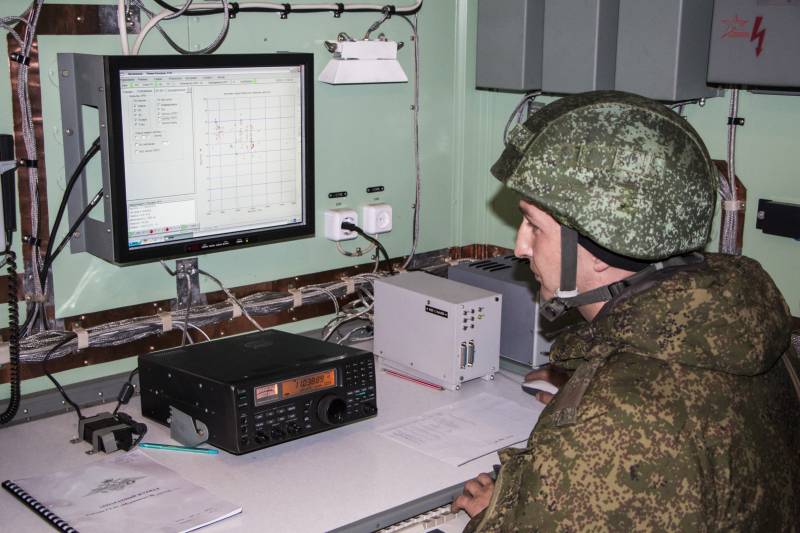 I agree with Mr. Ackerman that “Murmansk” can be considered not only as a weapon of deterrence because of its range of influence. On the other hand, disruption of communications in the VHF range is not so fatal as, say, a nuclear warhead missile capable of overcoming the same 5 thousands of kilometers.

“Another component of the electronic warfare tools being developed in Russia is the electronic warfare complex RB-109A“ Bylina ”, which will automatically control and monitor EW systems at the brigade level. It will include artificial intelligence for analyzing the electromagnetic spectrum and determining priorities in real time. Deployment of the Bylina complexes is scheduled to begin in 2018, but they will go to Russian troops by 2025. ”

Not something to fear. "Bylina" is a very promising complex, but first of all, it is a complex of management of already available EW facilities. And here we also have a full order, given the presence of "Moscow". 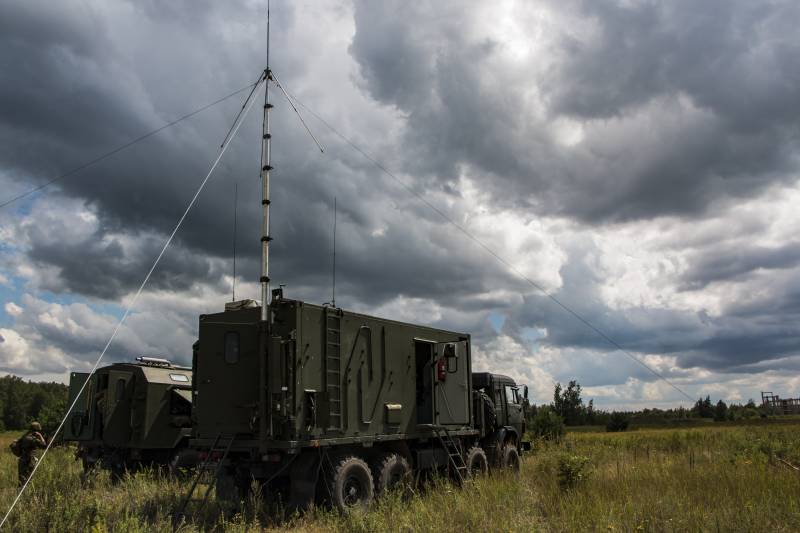 So "Bylina" is not a miracle weapon that will change the balance of power, it is the next step in the development of Russian EW tools.

"In addition, apparently, the leadership of Russia is giving priority to testing new tactics of electronic warfare, including targeting artillery fire with the help of EW equipment to facilitate psychological operations."

Somewhat incomprehensible. Yes, modern Russian complexes are capable of detecting objects radiating in the radio range, classifying them and displaying them on a map with reference to the terrain. This is not a secret for a long time. And of course, both artillery and army can work out the coordinates aviation. This is quite normal conduct of complex military operations.

And here psychological operations are not entirely clear. If an enemy unit that has found itself is under artillery shelling or is being processed by tactical aircraft, then where is the place of psychological warfare?

In general, the conclusions of Mr. Ackerman are quite literate.

“As far as NATO is concerned, this analysis shows that the first sign of Russian military activity against the Eastern European member countries of the alliance will most likely consist in the actions of the EW systems.

The Alliance still has a lot to do to eliminate the backlog, which was caused by ignoring the growth of Russian military potential in this area.

Due to the fact that the Russian military is seeking to improve its EW facilities in order to gain an advantage over the armed forces of Western countries, NATO should change its approaches to politics, doctrine, organization, means, training, tactics, methods and scenarios of military exercises.

One cannot but agree. The fact that the United States recognizes our success in the development and implementation of new EW complexes is encouraging. However, the adversary’s understanding of his own lag usually leads to the development of certain measures aimed at leveling the problem.

Since the problem lies in the fact that the Russian EW funds significantly exceed the capabilities of the alliance, and NATO understands this, which means that we should wait for a response.

And here the question is in which area the NATO leadership will take these measures.

Ctrl Enter
Noticed oshЫbku Highlight text and press. Ctrl + Enter
We are
The action “Military service under the contract is your choice!” In Rostov-on-Don: future contract servicemen, exhibitions and “Russian Knights”China expands its amphibious capabilities
11 comments
Information
Dear reader, to leave comments on the publication, you must to register.