R-330ZH "Resident". Returning to the written 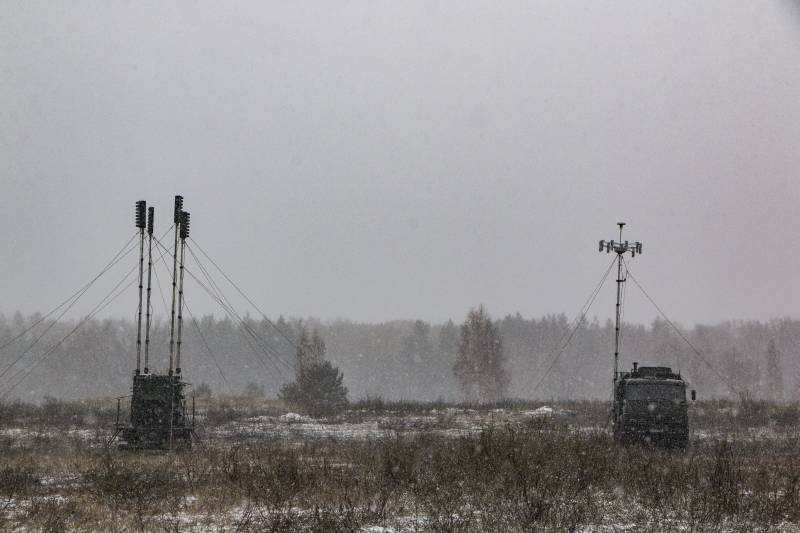 Last year, we already published material on HSA P-330Zh "Resident". Today we are returning to this topic, because since the introduction into service in 2008, the station has undergone some improvements and has been tested in real combat.

What - just does not specify the manufacturer's website, and we will not specify. Passed is the main thing.

Immediately, however, I will note that the lack of mechanization (in the image and likeness of “Krasukha”), which I complained about in the previous article, turned out to be the strength of the station.

A bullet, a shell fragment or a mine that fell into the body and hooked wires or hydraulic lines would cause serious problems for the same “Ruby”, despite the fact that the system of manual duplication of the assembly / disassembly mechanisms of the antenna module is present. It's a question of time. 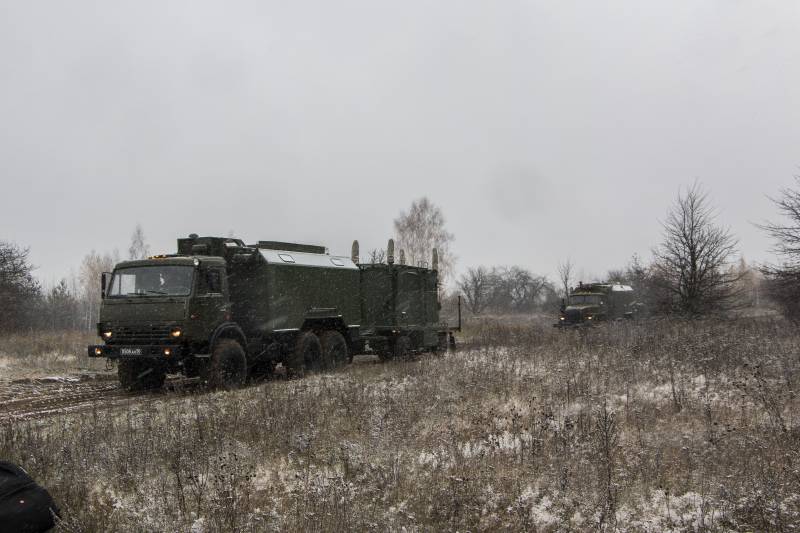 "Resident" on the march 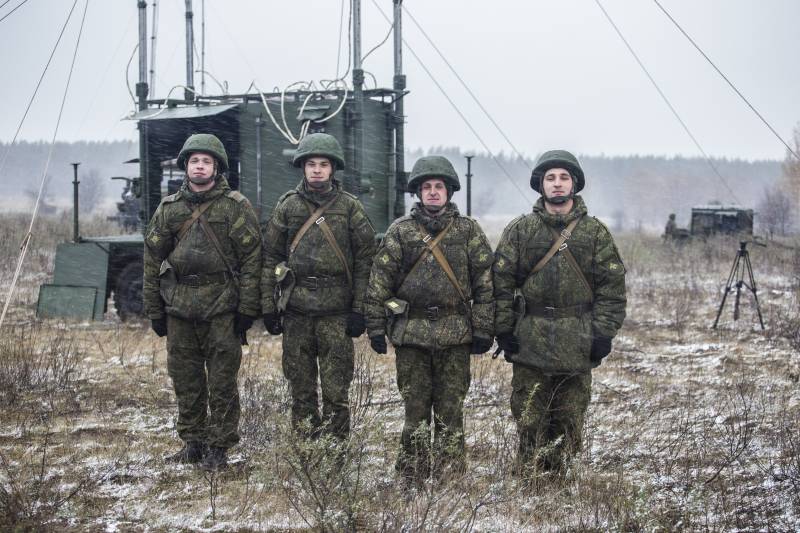 Calculation of P-330. By the way, everyone is a contractor, serving more than 5 years. 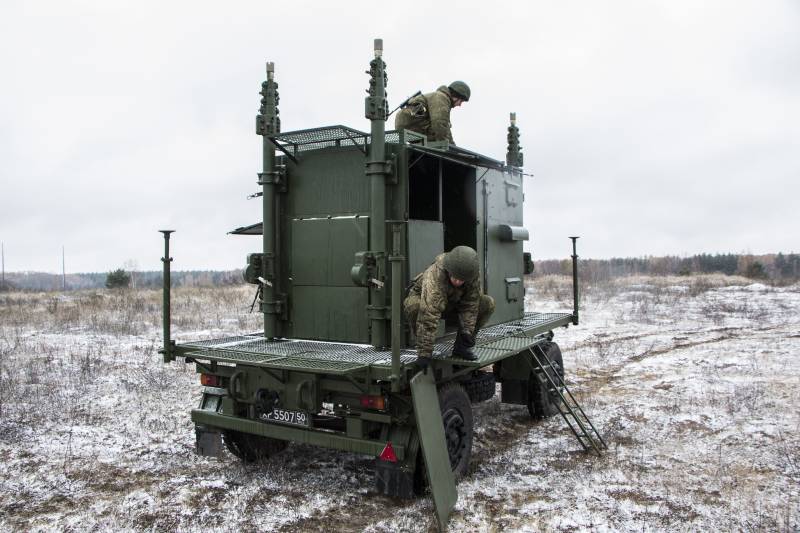 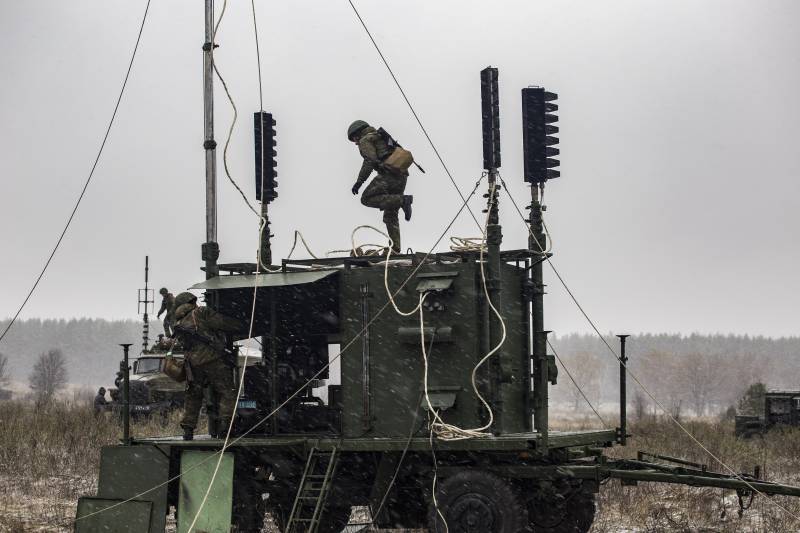 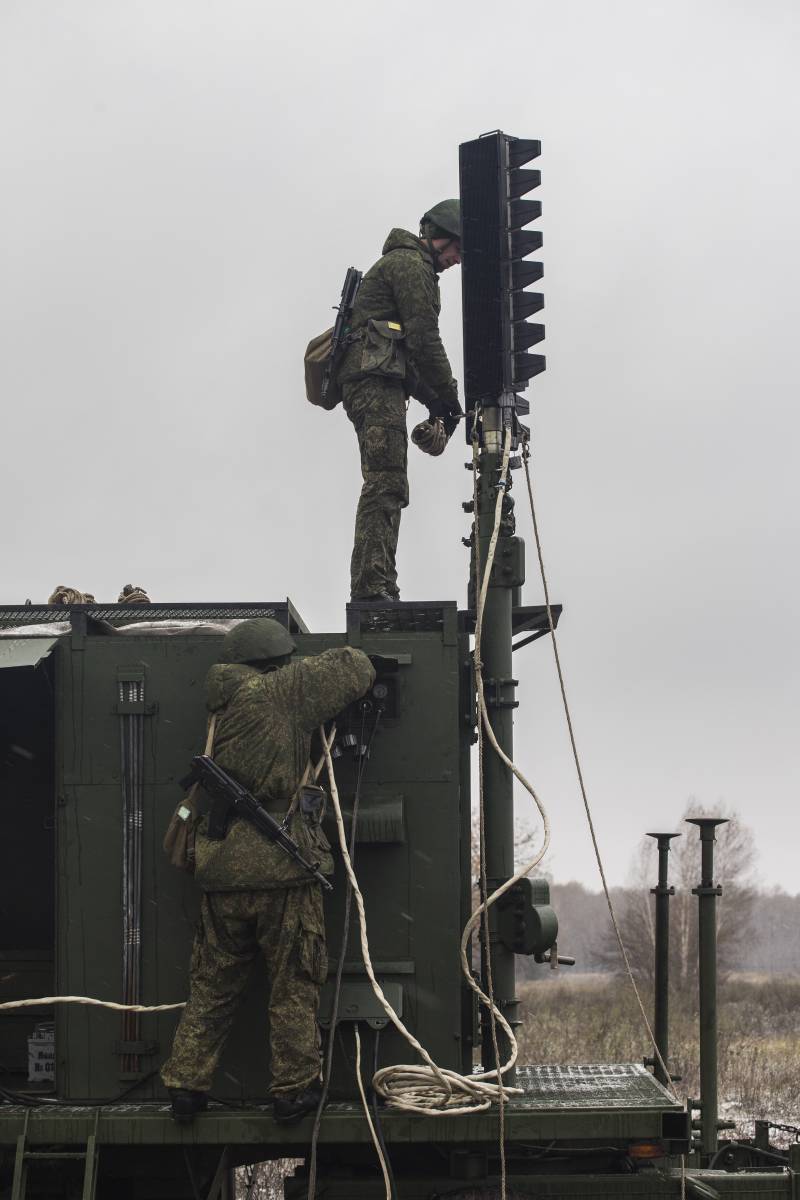 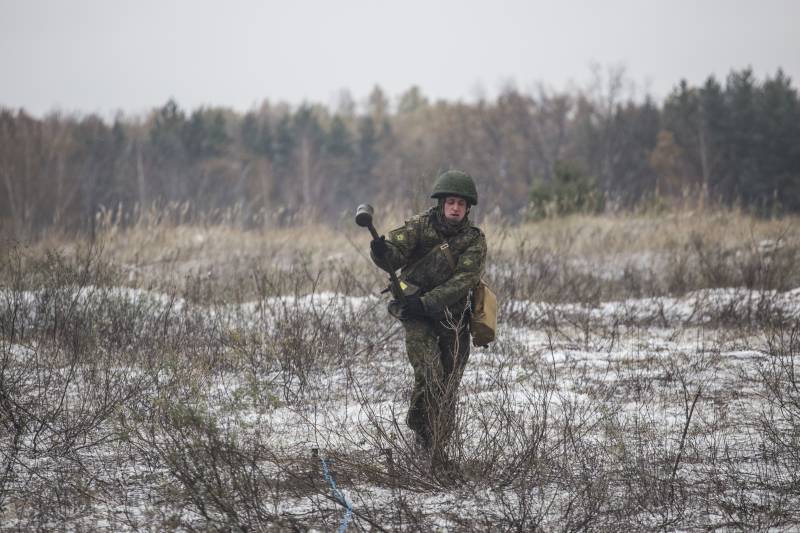 Deploying the station on alert 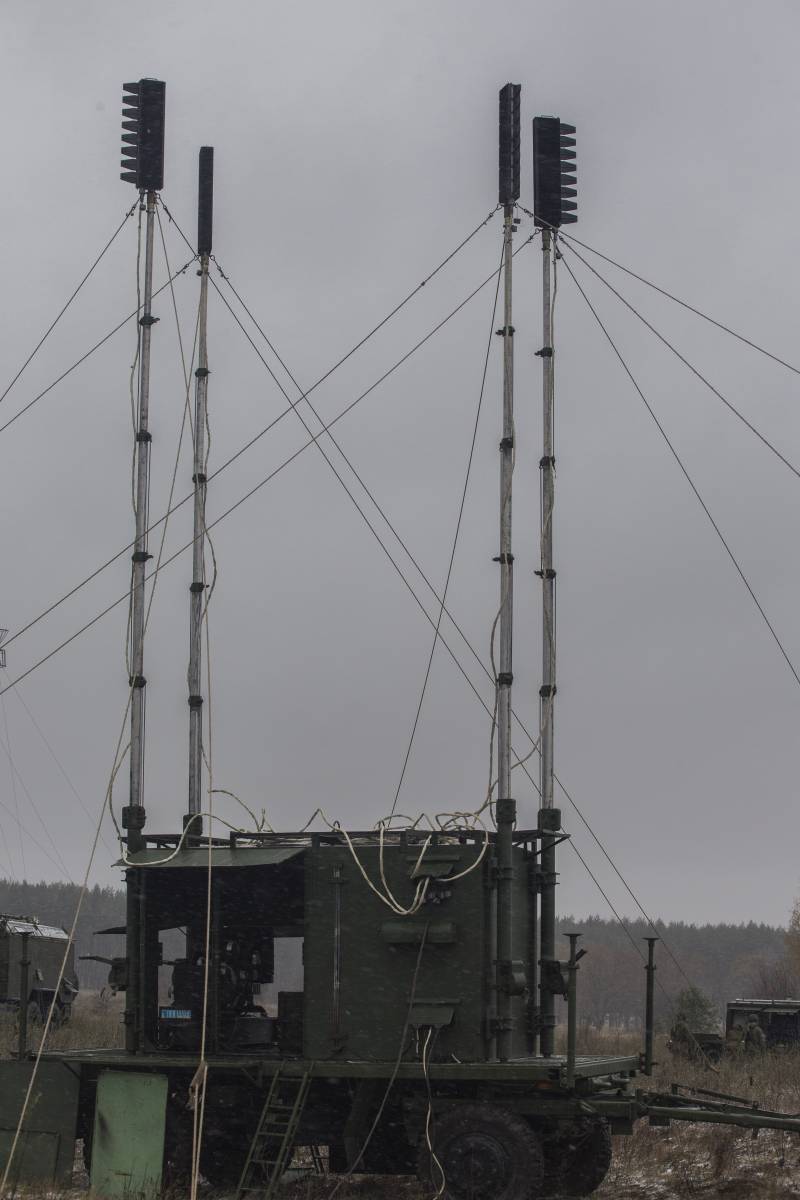 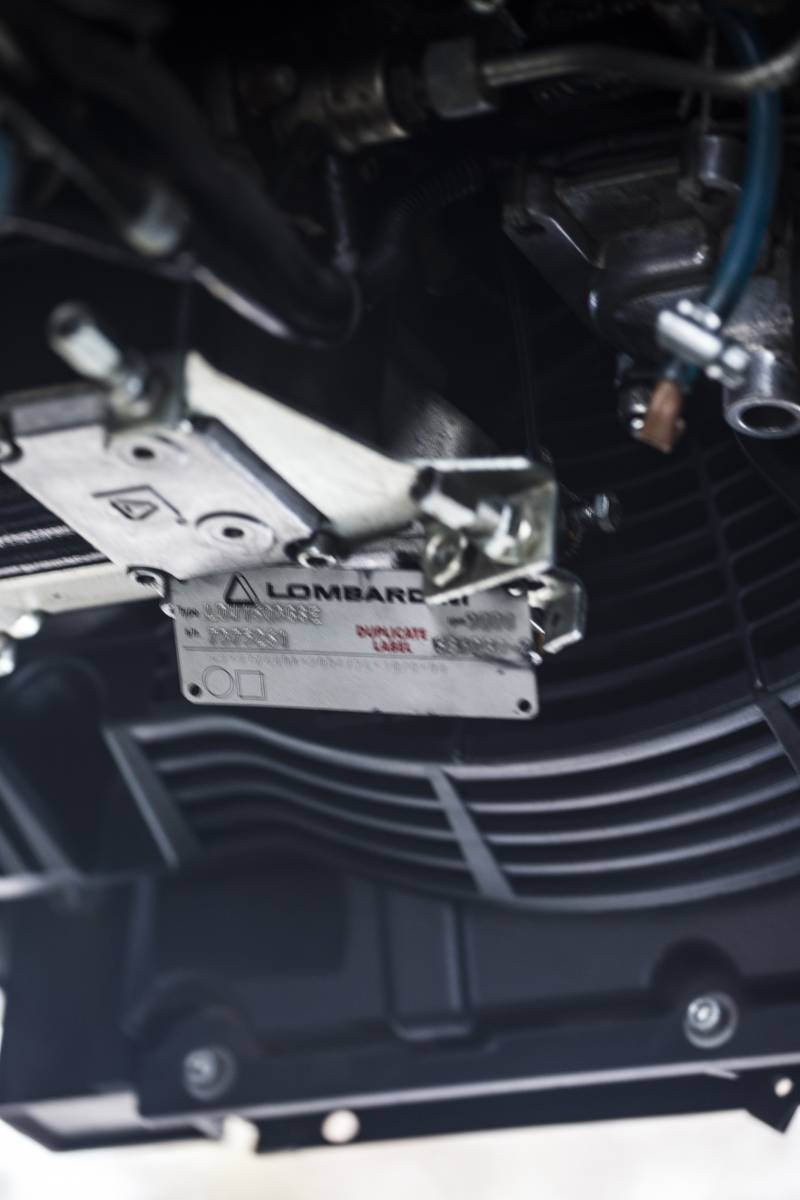 The station feeds the three-cylinder diesel generator from Lombardini. Italian...

We talked with the calculation of the TSA and learned about some aspects of the use of the station, as they say, firsthand.

As we personally were able to verify, not all the declared figures of the performance characteristics are accurate. If we talk about the time of bringing the station on alert (40 minutes are stated), then a well-trained and well-trained calculation is quite capable of meeting a shorter period. Were witnesses to that.

If the situation is such that you need to quickly flush to avoid, then it's even easier. All working equipment is mounted in the back of the “Ural”, and the trailer with antennas and diesel generator is disengaged within a few seconds. More precisely, the cables and the trailer are uncoupled, and so must stand at a fair distance from the aggregate.

There are many smart missiles and other filth, able to look at the heat of the exhaust or radio emission. Since all the noise can be attributed away from the hardware, the problem seems to be solved.

The station performs detection, direction finding and analysis of signals of radio emission sources in the working frequency range quite successfully, the same applies to suppression.

As an example, we were shown a new navigator "Perunit-V", which is included in the Resident package and works in the GLONASS system, of course. Immunity, reliability and other pleasures were nullified with one click of a button on the keyboard of the complex. The photo and video show that the navigator, confidently showing his location, stopped doing that. 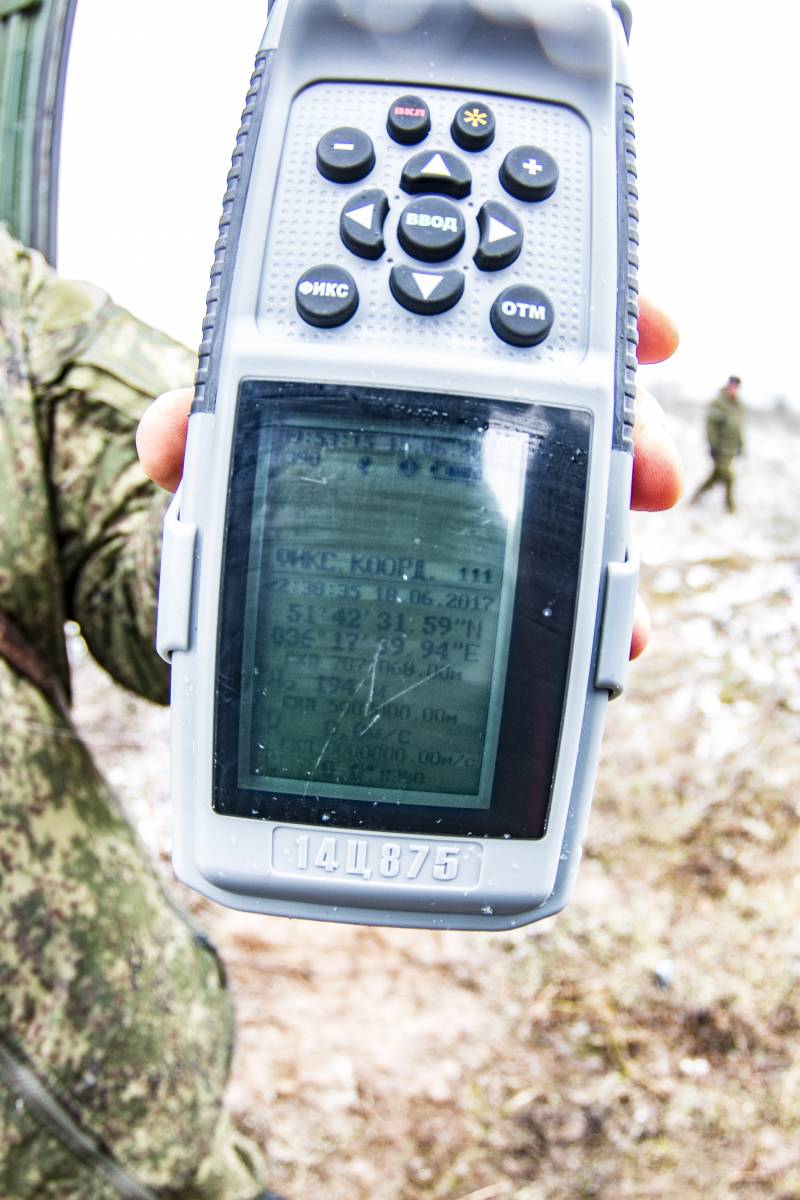 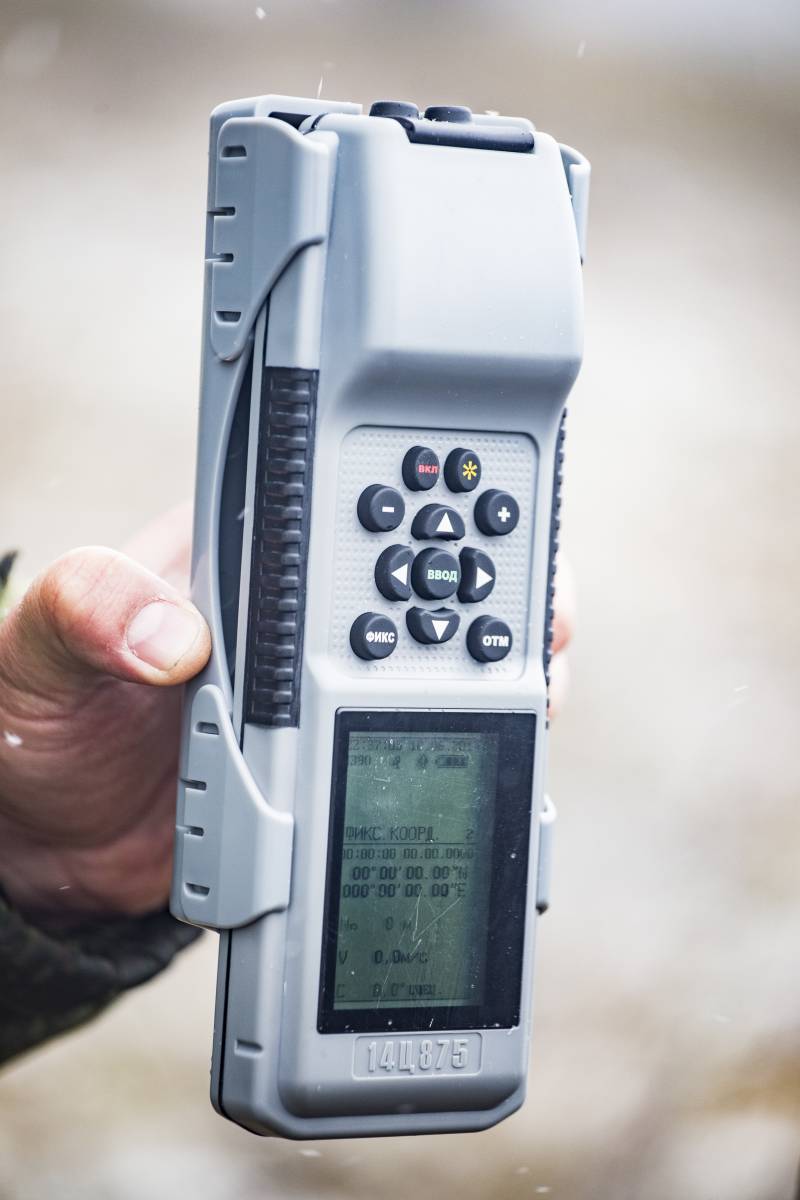 What happened to our phones at that moment, I think, is not even worth mentioning. By the way, this also applies to WiFi lovers in full.

At the same time transmitting interference over 12 channels, the Resident is able to leave GSM (and CDMA, JDS, DAMPS subscribers) and users of the INMARSAT and IRIDIUM satellite communication systems without communication.

Navigation equipment that GPS, GLONASS shine only zeros on the screens.

There is a "cute" feature of the "Resident". R-330ZH can act not only as a station of suppression, but also as a point of electronic intelligence.

The complex is able not only to detect and suppress communication devices in the designated ranges, but also to do something more, namely, determine the coordinates of the device, display it on an electronic topographic map of the area or in a grid of rectangular coordinates and track possible object movements.

With subsequent pointing to the object of whom? That's right, the special groups for counteraction. Or, as an option, a rocket with the corresponding GOS. As it was with Dudayev, for example.

So, it is better to forget about the use of cellular communication in places where P-330 can work. Especially considering the fact that the error of the radio source bearing is not more than 2 degrees.

This is about autonomous work, with which "Resident" copes. But there are methods of applying this TSA, which allow to significantly increase efficiency.

What could be more effective than the "resident"? It's simple. Two "residents".

P-330ZH can be paired with a similar TSA. As a leader, when the first station performs reconnaissance, target determination and target designation, and the second performs suppression together with the first.

Either both stations operate in the DER mode (radio electronic intelligence) and are engaged in “maintaining” targets on the map. Thus, you can cover a fairly decent area by area. Approximately 40 x 20 km, where all life will remain without communication and navigation.

But the maximum effect comes from the use of R-330J under the control of R-330КМА, a mobile control center for electronic warfare.

PU P-330KMA completely undertakes the planning of radio intelligence and radio suppression of the TSA, which can have in the network up to 20 units. TSA communicate with the PU via telecode radio-relay channels.

Knowledgeable readers will now say: so what? There is a map on paper, there is a compass, there are azimuths and landmarks on which it is possible to get to the object.

I agree. And in normal armies there are specialists who can do without all this electronics. But these are high-level specialists, and as the fighting in the Donbas showed, cellular communication is a very simple way out, and it was used on both sides of the front.

If necessary, to completely cover a particularly important object or area, the P-330J simply “plugs a hole”, which remains after other stations completely suppress the broadcast on the frequencies of army and civilian radio stations.

Considering how communications are developing today, what can be turned into a smartphone (from a navigator to a ballistic computer) is a very useful thing. 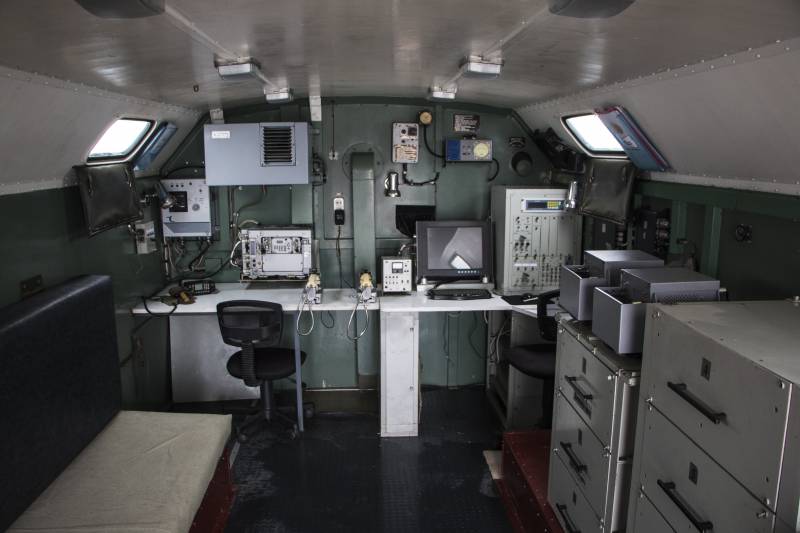 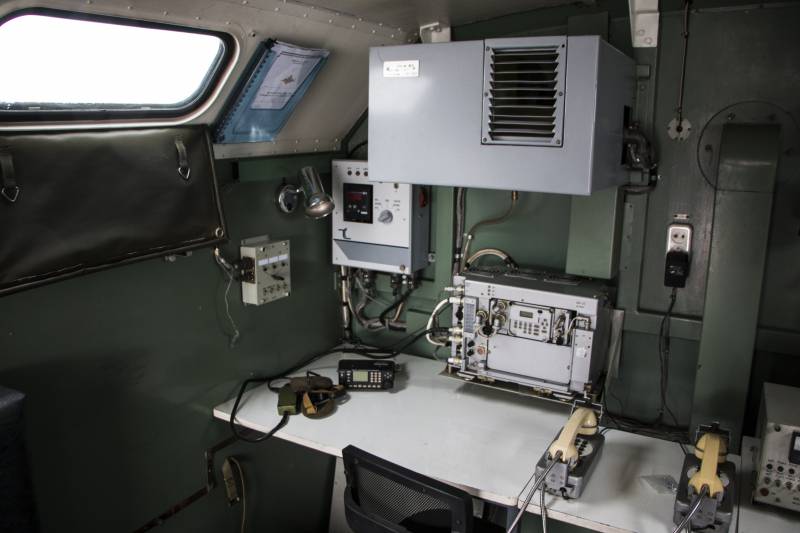 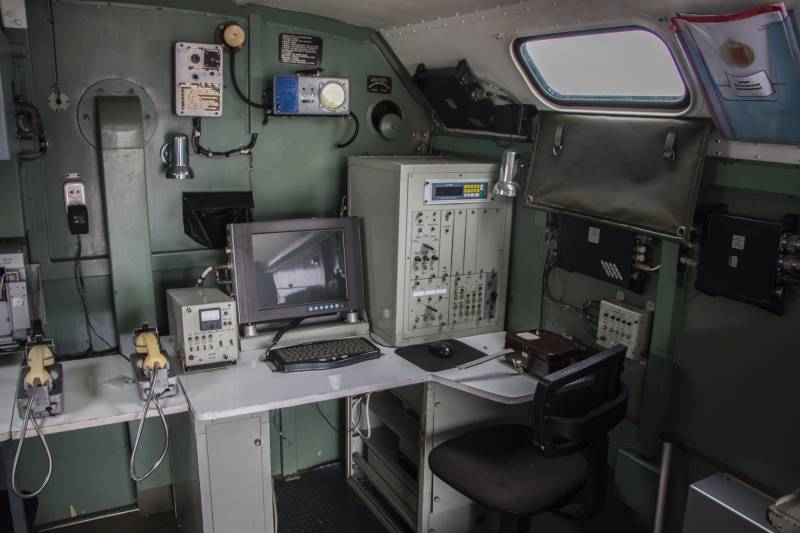 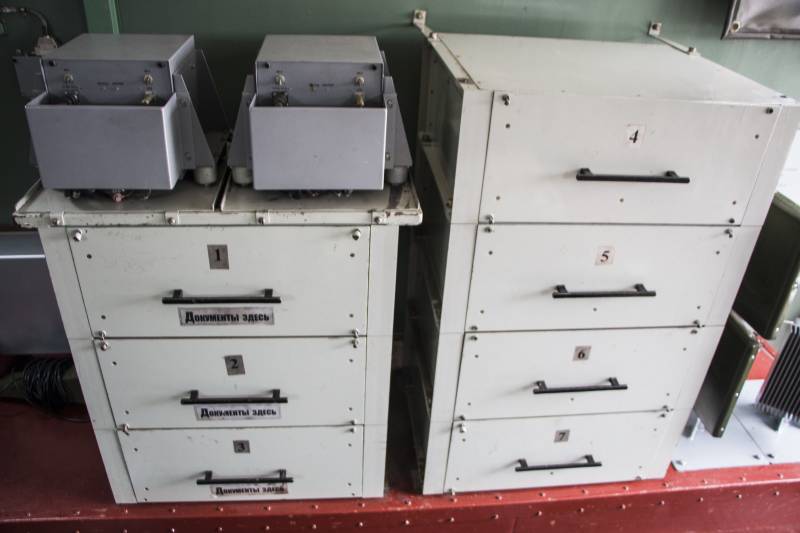 In the "Krasuha", of course, more spacious. 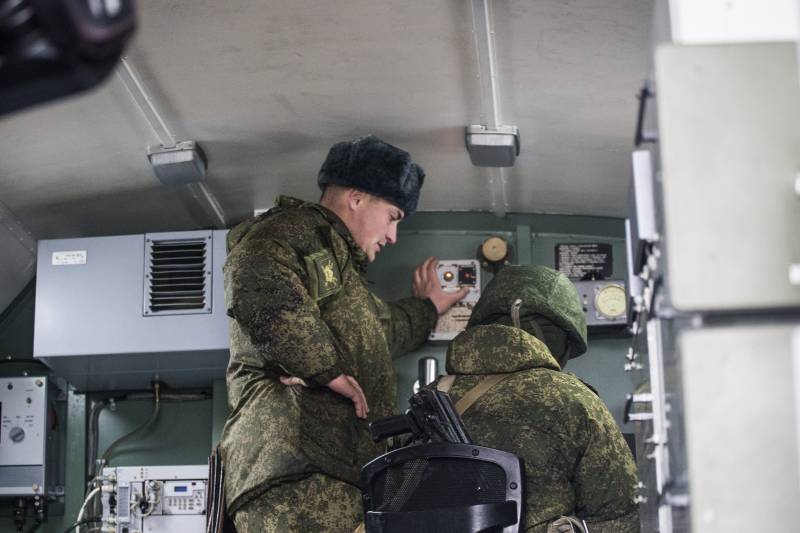 But to solve the problems that were voiced can be in such conditions. What the guys actually do. And, judging by the reaction of the command, they know how to do it perfectly.

Ctrl Enter
Noticed a mistake Highlight text and press. Ctrl + Enter
We are
Radar stations of the Vostok-3D family (Republic of Belarus)Station jamming P-330ZH "Resident"
8 comments
Information
Dear reader, to leave comments on the publication, you must to register.