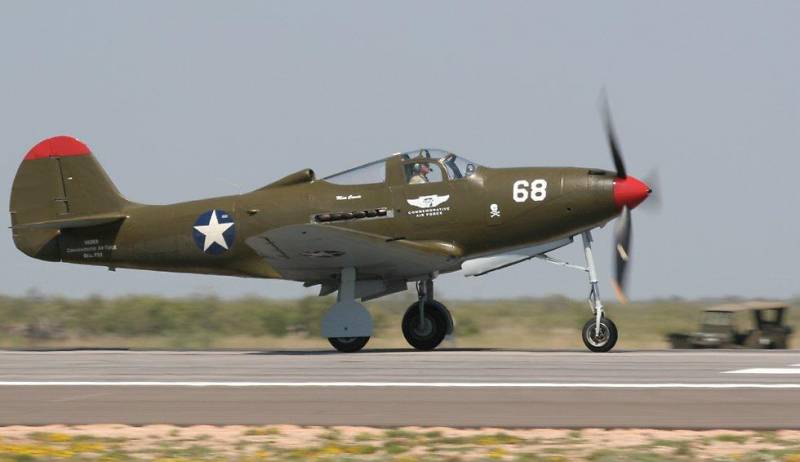 During World War II, the Allies supplied the P-39 Aero Cobra to the USSR. Before the war, the Americans announced a competition for a fighter for their army. Within the framework of this competition, the Bell Company created the aircraft. In 1939, he was put into service, for lack of anything better. But the military were dissatisfied with them - an iron, and even dangerous. After the ammunition was used up, the nose was relieved, and the plane showed a tendency to stall into a tailspin. In short, as soon as the opportunity arose, the Aerocra began to be replaced.

Well, naturally, the company began to look for other markets. In 1940, France signed a contract for the purchase of a batch of P-39, but was seized prior to the start of supplies. Bell jumped over and agreed to deliver these planes to England. But the British stated that they would not buy the aircraft in this form. As a result, the Air Cobra was finalized. Among the improvements was installed 37-mm gun and increased engine power to 1150 hp After that began deliveries to England under the symbol Р-400.

In this configuration, the Air Cobra was supplied in the USSR, but under the symbol Р-39. This is where one of the riddles of the twentieth century appears: why, in general, an unremarkable plane in the hands of Soviet pilots covered itself with undying glory. It should be borne in mind that in the USSR they tried not to advertise the bourgeois military equipment supplied under the lend-lease. And of course, we did not hear the official recognition of the Air Cobra as one of the best fighters of the first half of the war. But in fact it was. 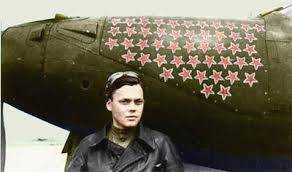 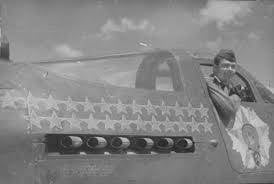 Let's try to solve this riddle.

You can often hear, they say, the Russians did not have any standing planes, and for them they are not very good. Without even noticing that this is what supernatural mastery is attributed to Russian pilots. No, guys. The war is an objective judge, you can't catch it on the chaff.

So what's the deal? From the memoirs of the veterans, we know that all the Air Cobras arriving in the USSR before being sent to the units were being finalized:
1. Among the improvements was the "reinforcement" of the rear fuselage frame.
2. A revision was made by moving the center of mass forward to reduce the tendency to spin. But the problem was not fully resolved. What kind of refinement is unknown.
3. Also on all aircraft made engine adjustment.

Item 1. Why is the gain quoted? Probably none of this is gain. This was the very unknown refinement of paragraph 2. The task was to move the center forward. How can I do that? Lighten the tail? Impossible, everything is already licked there, you will not find an extra gram. Pour concrete ballast in the bow? Not serious. Move the wing back to 200 mm? Not really, as part of refinement. But to move the tail forward, shortening the entire aircraft to 200-250 mm, is quite real. True, this will not solve the problem fully, but at least something.

The people who did the work might not have known what this was done for. We decided that to gain. So the legend went that the Aero Cobra tails fall off every now and then during overloads. Although the Americans fought without revision, and nothing fell off.

Item 3. What is engine adjustment? When you create a new engine, it is placed on the stand, tested and selected mode of operation. Take for example the hypothetical six-liter engine. Having been choked, you can use it to drive a generator. Somewhere in the mountains, at an unattended meteorological station, he, giving out all 50 hp, will work 10 ... 12 for years, without a single failure. Then, make him an overhaul, and will work the same amount. The same engine with other adjustments will work on the tractor 5-6 for years, producing 80 hp. And you can put it on the plane, squeezing 300 hp Only now the resource will drop to 50 hours.

In the USSR, at that time, the situation with engines for fighters looked like this: in order to minimize the weight of the aircraft, they squeezed everything out of the engines. The engine life on the fighters was 100 hours. The military asked at least 200, like the Germans, but the industry could do what it could. No, you can make 200 hours, only power will fall on 300 horses. And there is no point in reducing power, the plane was shot down at the very first departure, and the engine’s engine life would fly into the pipe.

And so, at this very time, the Air Cobra arrives, in which the motor is rather weak, but the 400 service life m. Well, and here it is already quite clear what to do with it. Naturally, tweak, let the service life decrease by 200-220 m. But the power to raise from 1150 to 1480-1500 HP They say, “with a good engine, and the fence will fly,” and with such power, the Air Cobra will really climb into the leaders, pushing through all kinds of Messers and others.

Powerful motor, that's nice. Yes, but you still need to realize its power. But here at P-39 everything is as well as possible. First, the screw with a variable pitch provides coordination with the motor. And secondly, the chassis with a nose strut allowed us to put a three-bladed screw of large diameter (3200 mm), which our Yaks and La could only dream of, since they had difficulty climbing over the three-meter barrier. Yes, in this issue had to fight for every 100 mm. The larger the screw diameter, the lower the angular velocity of the screw must be rotated to get the same thrust. And that means less power loss.

And so it happened that in the USSR there was a completely different Aero Cobra, which everyone knew. On the passport - a little gray mouse, and in fact a fierce and toothed beast. 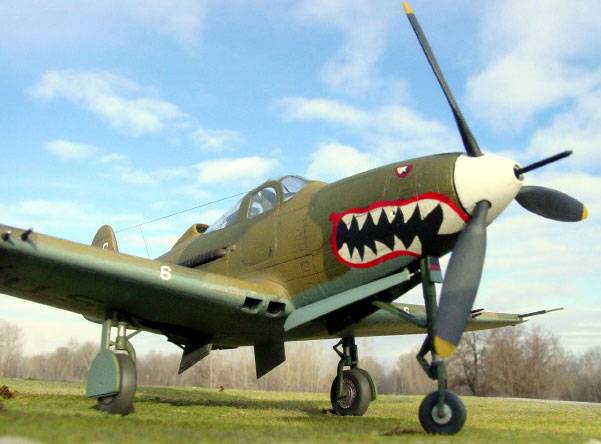