October 23 2017
14
Every year, October 24 in Russia celebrates the Day of Special Purpose Units (SPN) - a professional holiday for all Russian military special forces. This is a relatively young Russian professional holiday, it was installed on 31 May 2006, on the basis of a decree by President Vladimir Putin.


The date of the new holiday was not chosen by chance. It was on this day in 1950 that the Minister of War of the USSR, Marshal Alexander Mikhailovich Vasilevsky, signed a directive labeled "secret". This directive provided for the creation in the Soviet Union of special-purpose units (deep reconnaissance or special-purpose reconnaissance) for operations in the deep rear of a potential enemy. Vasilevsky ordered the creation of 1 spetsnaz companies with a staff of 1951 people in each of the armed forces as soon as possible (before May 46, 120). They were to be created in all military districts, fleets and groups of troops. The order was carried out and already on May 1, 1951, the Armed Forces of the Soviet Union had in their composition special forces units with a total number of more than 5,5 thousand people.

At the same time, the combat use of various military formations that performed special and reconnaissance missions in the enemy’s rear has a very rich history. In Russia, there were always people who went to the enemy rear with special tasks and at the risk of their lives doing their dangerous and very difficult work. At different times of national history, these were plasters, Cossacks, flying hussars, scouts. A historical example of such special units is the horse rangers teams of Field Marshal Pyotr Rumyantsev, who were intended for special actions and reconnaissance in the enemy's rear. In addition, the future Generalissimo Alexander Suvorov began his military career with successful partisan actions.

The emergence in our country of special intelligence can be attributed to the years of civil war, the period of confrontation of the Red Army by the White Guard formations and interventionists. The reason for this was the creation in March 1918 of the special intelligence division, which was mainly engaged in the organization of reconnaissance and sabotage work in the enemy's rear. 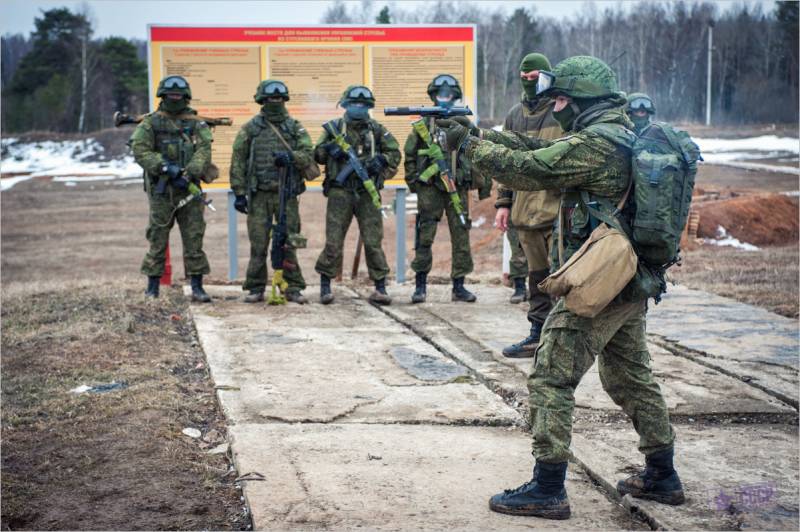 In the 1930-s, in the event of a future war in the Soviet Union in the border districts, sabotage-partisan detachments and groups that received the name of engineer-camouflage platoons were trained on the basis of engineering and engineer units. Also, taking into account the experience of the civil war in Spain, the leadership of the Intelligence Directorate of the Red Army Headquarters in 1939 proposed the creation of separate special-purpose companies as part of the border districts.

During the Great Patriotic War, a large number of special military formations were created on numerous fronts and in the fleet, intended for conducting reconnaissance and sabotage actions in the rear of the enemy. Many of them were designated as separate units or separate brigades of special (special) purpose. At the same time, during the war years, 5360 reconnaissance groups were abandoned in the German rear.

After the end of the Second World War, the decisive factor that determined the course of further development and use of the armed forces was the emergence weapons mass destruction, as well as various means of delivery. For the timely detection and destruction of a potential enemy’s nuclear weapons, as well as their means of delivery, special army units were needed that could effectively carry out reconnaissance and sabotage operations in the enemy’s rear. Such army units were created by 1 May 1951. And in 1953, the creation of military units of special forces in the Navy began. Initially, the 7 naval intelligence divisions were created in the USSR, which in the future were transformed into special purpose intelligence units. 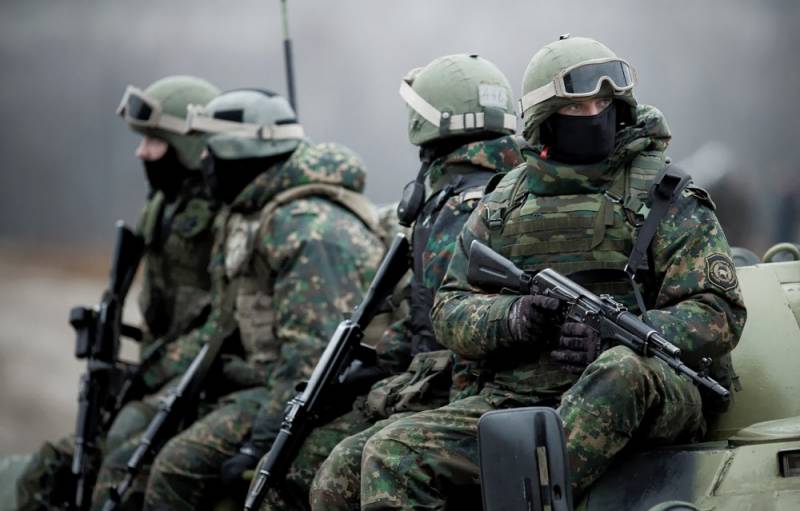 The subsequent complication of the global military-political situation demanded that the highest military command of the USSR strengthen intelligence in the operational-tactical depth. To solve this problem in the country in 1962, the process of forming separate special forces brigades began. In the 1970-80-ies in the Soviet Army, there were already 13 special purpose brigades. It was during these years that their active combat work took place, which took place outside our country - in Angola, Mozambique, Nicaragua, Ethiopia, Vietnam and Cuba. Over the years, the country has been able to systematize and debug the mechanisms and methods of training future special forces. The outbreak of war in Afghanistan also demanded that Special Forces soldiers be sent there. As part of a limited contingent of Soviet troops in this country acted 8 special forces, which were organized into two brigades. These units of the special forces carried out the following tasks in Afghanistan: the destruction of detachments and caravans of the Mujahideen, reconnaissance, detection and inspection of caravans, mining of routes for gangs and caravan tracks, installation of reconnaissance and signaling equipment.

Already in modern Russian history, special forces units during the two Chechen campaigns successfully solved their immediate tasks, conducting sabotage and reconnaissance and search and ambush events in the republic. At the same time, in April, the 2001, for its special distinction in the battles in the framework of ensuring the security and integrity of Russia, was awarded the title of the Guard Guards by the 22-I separate special brigade of the Russian army. It was the first military unit in Russia, which was given this honorary title after the end of World War II.

Modern special forces units are designed to conduct subversive, sabotage, reconnaissance and special actions on the territory of the enemy. In wartime, special forces are able to solve the tasks of reconnaissance, destruction and capture of important objects, elimination of important persons, carrying out psychological operations, as well as organizing guerrilla actions in the rear of the enemy. Even in the most difficult and unusual situations, the special forces demonstrate a very high level of their professional training, personal courage and strength of mind, adequately withstand all the tests and strength tests, which rightfully could earn respect and honor not only among representatives of the military fraternity, but also ordinary Russian citizens. 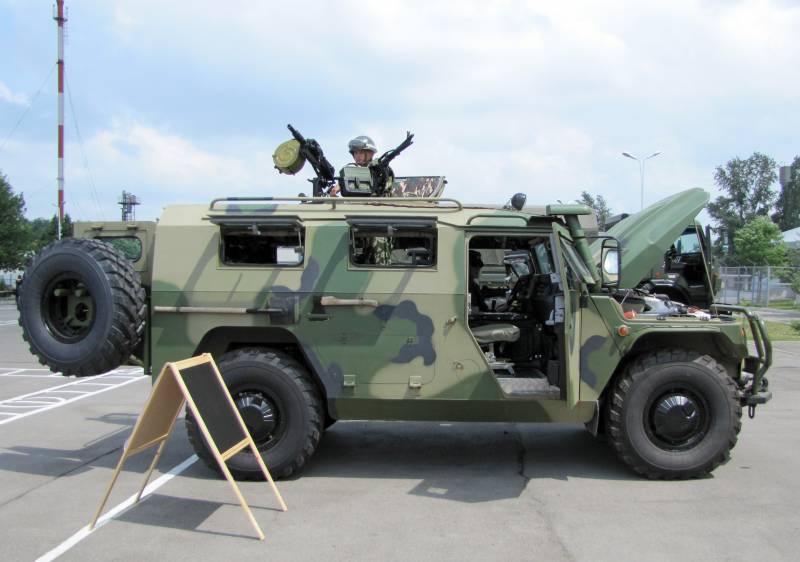 The main feature of special-purpose units is their relatively small number, an excellent level of preparation, surprise, audacity, initiative, speed of decisions, coordination of actions. Special Forces soldiers are able to skillfully use a wide range of weapons and military equipment, combine their strike and maneuverability capabilities, make maximum use of the protective properties of the terrain, and perform tasks in any time of day and in all weather conditions.

The divisions and units of the GRU General Staff Armed Forces (detachments, groups, individual battalions, regiments and brigades) played a very important role during the Afghan war, the fighting in Tajikistan, in operations in Chechnya, as well as in other hot spots. This is confirmed by the fact that their military work was highly noted by the military and political leadership of the country. For the heroism and courage that were shown in the performance of special missions, more than 20 thousands of special forces soldiers were awarded various orders and medals. Including 8 people became Heroes of the Soviet Union, another 39 people - Heroes of the Russian Federation.

On this day, the “Military Review” team congratulates all Russian military personnel of special forces, as well as special forces veterans on their professional holiday. Your service is a symbiosis of perseverance, courage, determination, unparalleled heroism and self-sacrifice, a readiness to always come to the aid of your comrades.

Ctrl Enter
Noticed oshЫbku Highlight text and press. Ctrl + Enter
We are
Day of Special Forces of the Armed Forces of RussiaDomestic depth charges
14 comments
Information
Dear reader, to leave comments on the publication, you must to register.