March 21 2012
34
New Russian-Italian weapon able to produce 16 bullets in 3-5 seconds. This result is very difficult to achieve when using any conventional gun, not counting, of course, automatic models that are capable of fire in bursts, the portal reports MEMBRANA. 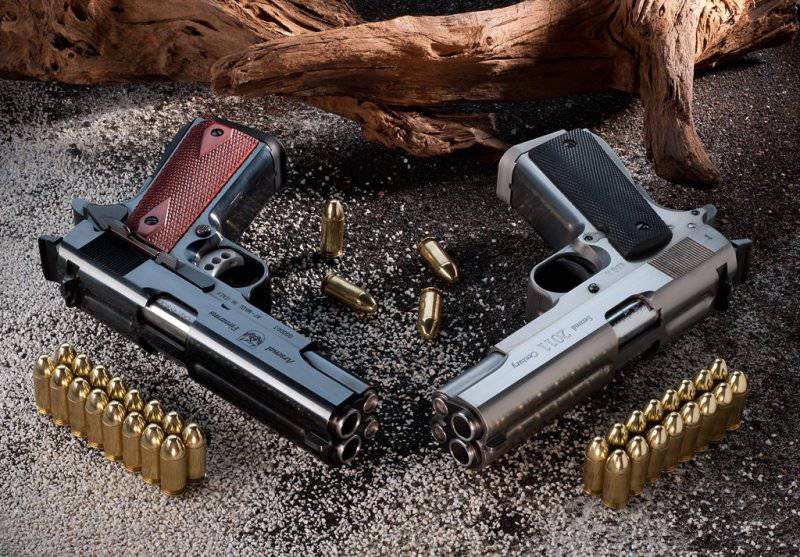 The “Second Century” pistol was released in memory of the famous Colt M1911 pistol model (last year 100 turned years from the day it was made), which is still in use. The John Browning model continues its life, the second century has gone already, it is from here that the name of the new weapon appeared.

The Second Century pistol has some internal parts that are used in the original M1911. Among them, she whispered and their hulls, strikers, sights, some parts of the store and arms, several types of springs. All these details can now be found on the world market for weapon parts. 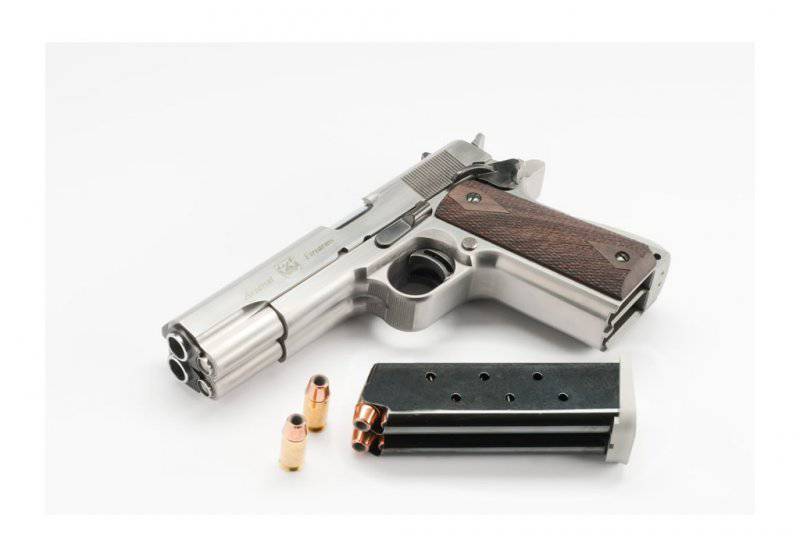 However, the original elements are also used in this weapon, since this “Second Century” model is the first semi-automatic pistol with a double barrel mounted on a single frame. The gun is designed according to industrial specifications and is designed for serial production.

This exotic novelty can already be ordered, with options for finishing and subtleties in the sequence of triggers and double triggers.

The Second Century pistol can fire 2 bullets simultaneously in one shot, the total weight of which is 30 g. They hit the target that is at a distance 2-5 cm from each other (it all depends on the distance of the shot). So, for comparison, the weight of a standard bullet from a cartridge 9 × 18 mm PM (for a Makarov pistol) is 6,1. According to gunsmiths, a double blow from an AF2011-A1 pistol can easily dump a bull. 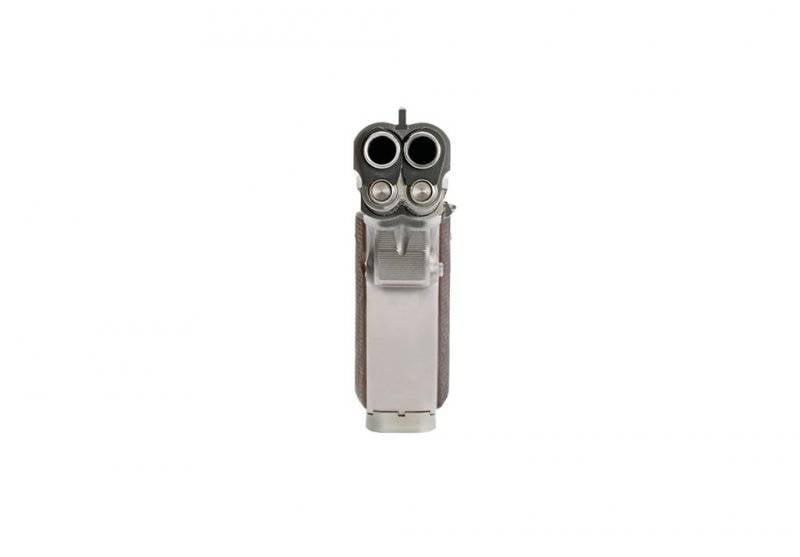 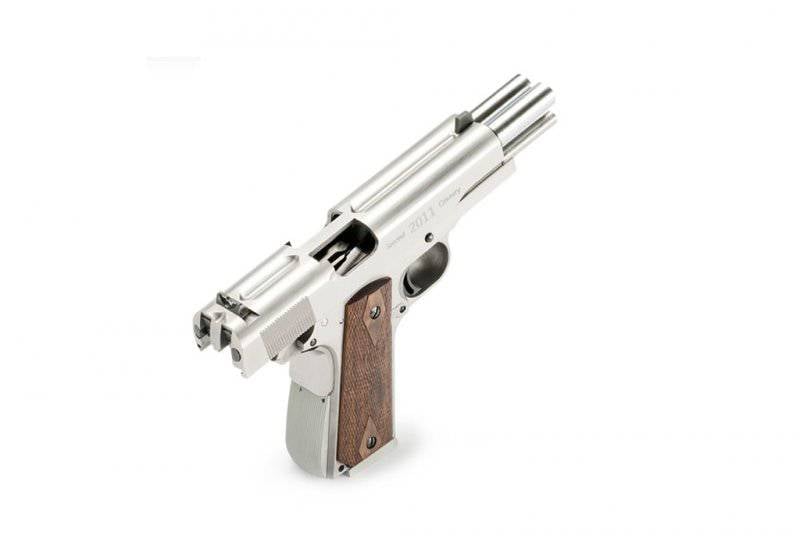 The “Second Century” pistol is charged with a magazine of sixteen rounds. In essence, these are 2 parallel magazines of eight rounds each, held together with a common base, which are inserted into the handle as a whole.

It is known that Arsenal Firearms has production facilities not only in Russia, but also in Italy and Austria. All of them will deal with the production of products for different markets. The main office is located in our country. The company’s founders are Russian businessman Dmitry Streshinsky and Italian gunsmith Nicola Bandini.

In the arms field, Arsenal Firearms appeared quite recently - March 9 2012, debuting with a whole line of models (rifles, pistols, knives). 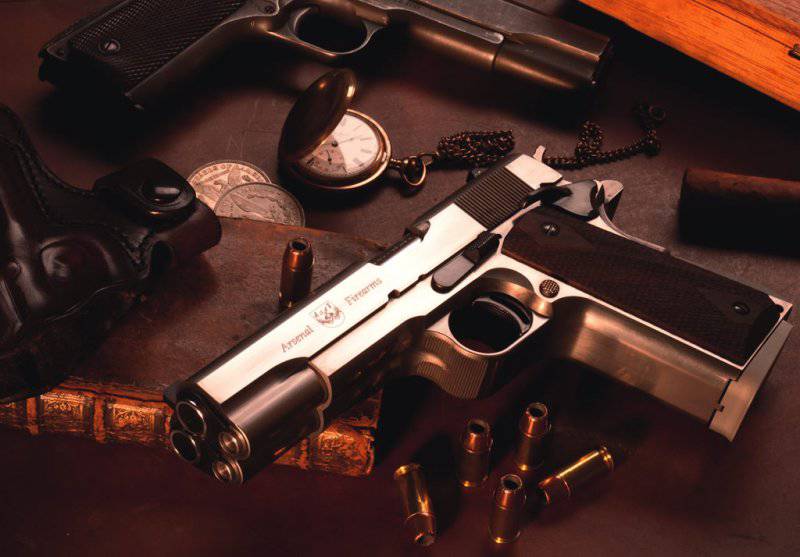 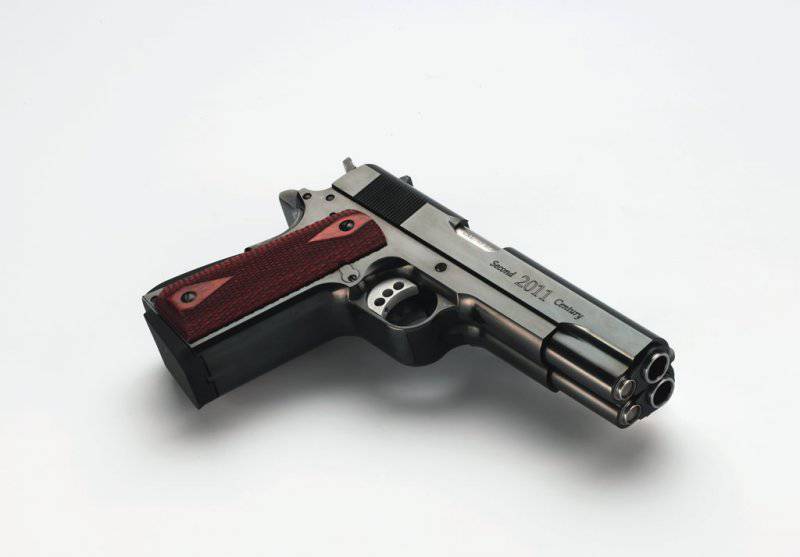