Defense Ministry is preparing to fight on all four sides 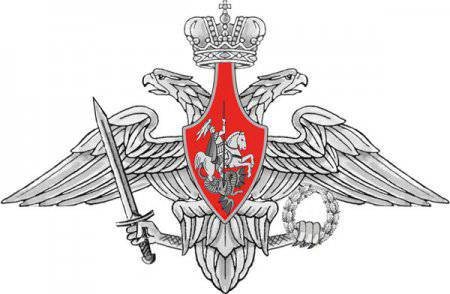 The Ministry of Defense intends to create by December 2010 of the year, on the basis of the existing military districts, operational-strategic commands (USC), which will control the four directions of the world.

Today, we recall, in Russia there are 6 military districts - Moscow, Leningrad, North Caucasus, Volga-Urals, Siberia and Far Eastern. And the troops stationed in their territories are invited to hand over the control of four USCs.

OSK "West" is planned to be formed on the basis of the Moscow and Leningrad military districts and the Baltic fleet. Thus, the entire group of troops located in the north-western strategic direction, occupying the territory from the borders with Belarus in the south to the Barents Sea in the north (26 regions), will be completely subordinate to the commander of the USC.

The new system (if, of course, it is introduced) will solve the problem of central subordinate units - engineering and sapper brigades, which are subordinate to the head of the engineering troops, and units that are engaged in the protection and maintenance of arsenals under the direct control of the Main Missile and Artillery Directorate.

It must be assumed that the idea of ​​a unified operational-tactical management of different types of troops became particularly relevant after the Georgian-South Ossetian conflict in August 2008, after the start of which it took time to tune the coordinated actions of military units. But this does not mean that the structure relevant for the Caucasus will be just as appropriate, for example, in the northern strategic direction!

About what will change in the Russian army after the introduction of USC, says the first vice-president of the Academy of Geopolitical Problems Konstantin Sivkov:

- The idea of ​​creating and introducing operational-strategic commands into an army command and control system was developed a long time ago. In essence, this is the revival of the Glavkomatov that existed in Soviet times. The USC is created to control the actions of groups of different types of armed forces during strategic operations. There are no combat operations that would be carried out, for example, only by ground forces (they always need air support), etc. By the way, by this, USC is fundamentally different from the existing military districts today. The district is a territorial association that coordinates the actions of the troops only in its area of ​​responsibility; in the event of a military conflict, the district remains in place, and the front is on the offensive, led by the operational-strategic command. In fact, these are two different branches of administration: the districts are in charge of administration, and the USC co-ordinates the actions of the troops during the war.

The conflict in South Ossetia clearly showed that under the current system, when, if necessary for carrying out a military operation, combat-ready units are assembled from all over Russia, USC are extremely necessary.