3 May 2017
76
Following 2016, Russia increased its military spending by 5,9%, bringing it to 69,2 a billion dollars. This allowed the country to enter the top three world leaders in terms of defense spending, displacing Saudi Arabia to fourth place, whose military expenditures for the past year amounted to 63,7 billion dollars. At the same time, the first two places in this ranking still hold the United States with expenditures at the level of 611 billion dollars and China with expenditures of 215 billion dollars. Such data is contained in the next report of the Stockholm International Peace Research Institute (SIPRI).


We are talking about indicators in current US dollars: nominal expenses in national currency are recalculated at the average annual market rate of the US currency. According to experts, the total military spending of all countries in the world in 2016 amounted to 1,69 trillion dollars, which is 2,2% of world GDP. Of these, only 4,1% is in Russia versus 36% in the USA and 13% in the PRC. In nominal terms in local currency, SIPRI experts estimated Russia's military spending for 2016 a year at 4,64 trillion rubles. The increase compared to 2015 year was 14,8%.

How did the military spending of countries in 2016 change?

The growth of countries' military expenditures at the end of 2016 amounted to 0,4% in real terms as compared to 2015. At the same time, the USA remains the state with the highest military spending in the world. In 2016, US defense spending rose by 1,7%. An increase in state spending could mean the end of the spending cuts trend caused by the global economic crisis and the withdrawal of US troops from Iraq and Afghanistan. At the same time, US military expenditures for 2016 for the year still remain 20% lower than at their peak - in 2010. In the future, with high probability, they will only grow. In particular, the American President Donald Trump publicly advocated an increase in the Pentagon’s budget financing by 54 billion dollars. 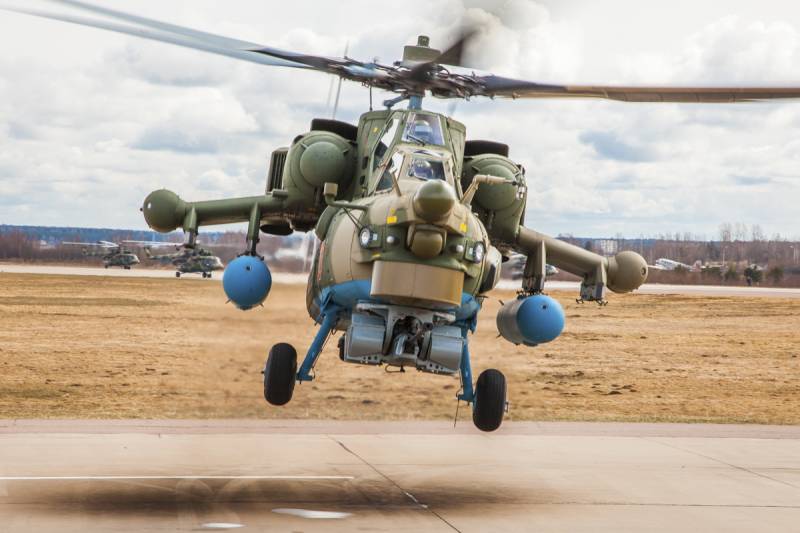 The share of military expenditures in GDP at the end of 2016 was the highest in the countries of the Middle East, where the average figure is 6,0% of GDP. The lowest average indicators were recorded in North and South America - about 1,3% of GDP. At the same time, experts note a decrease in military spending in Africa, in 2016, the total military expenditures here were reduced by 1,3%. African military spending has been falling for the second year in a row after 11 years of continuous growth.

Also in a SIPRI press release, it is noted that the increase in military spending by the Russian Federation in 2016 went against the general trend of reducing such expenses in oil-producing countries following the cheapening of oil prices on the world market. For example, Venezuela reduced its military spending by 56% immediately, South Sudan - by 54%, Azerbaijan - by 36%, Iraq - by 36%, Saudi Arabia - by 30%. In addition to Russia from the states for which oil exports are of great economic importance, military spending increased only Iran and Norway, and Algeria and Kuwait were able to cover their expenses in the framework of previously approved plans. At the same time, the average price of Brent crude oil in 2016 fell by 16% compared to the average price of 2015 of the year, while the Russian Urals crude fell even more - by 18%. 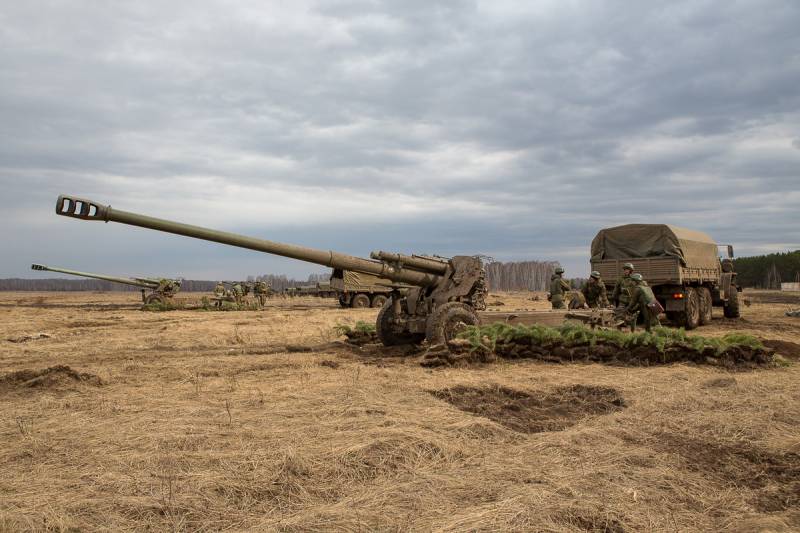 In this regard, the reduction in the cost of defense of Saudi Arabia is remarkable. Despite the state’s continued participation in regional wars, in 2016, Saudi Arabia’s defense expenditures immediately fell by 30% - to 63,7 billion dollars, moving the country to the 4 line of the rating. India ranks fifth in the world in military spending, which, by the end of 2016, increased them by 8,5%, bringing this figure to 55,9 billion dollars.

How do you think military spending in SIPRI

There is no exact definition that would reveal the concept of "military spending", no. A variety of sources may or may not include different categories. For example, SIPRI tries to include in its assessment “all the costs of the existing armed forces and military activities,” including the costs of the paramilitary structures, which include the Russian Guard and civilian defense personnel. It also takes into account social benefits for military personnel and their families, defense developments and research, military assistance to other states, and military construction. At the same time, in the Stockholm Institute, expenditures on civil defense, which are under the authority of the Ministry of Emergency Situations, and current expenditures on past military activities are excluded from consideration (these are benefits to veterans, elimination of weaponsconversion of military-industrial enterprises). Even if the last expenses are paid directly from the budget of the Ministry of Defense.

In his official press release SIPRI points out that the institute tracks changes in military spending around the world and maintains the most comprehensive, consistent and extensive database of countries' military spending. The institute's specialists include government spending on current military and military activities, including salaries and benefits, operational expenses, purchases of weapons and military equipment, military construction, research and development, as well as command and central control. That is why SIPRI does not recommend the use of terms such as, for example, “weapons costs” when talking about military expenditures, since the expenditures on weapons and military equipment usually constitute only a smaller part of the total military expenditures of states. 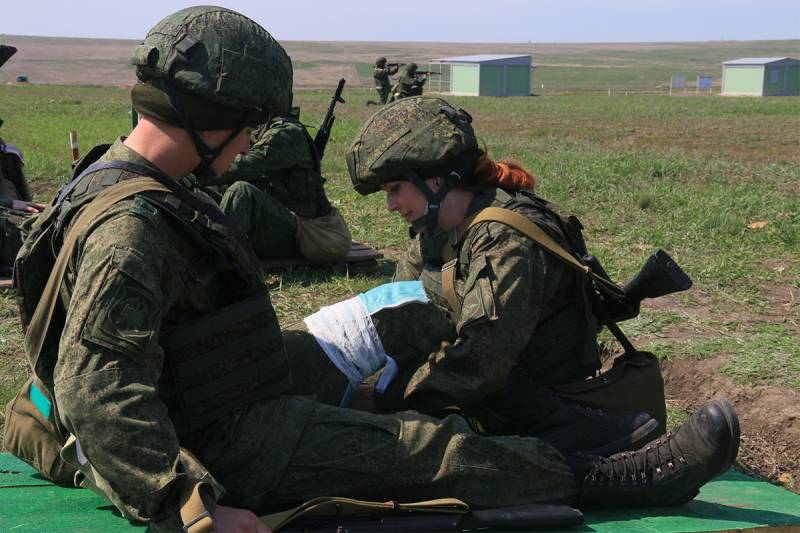 Comments on rating published by SIPRI

The estimate of Russian military expenditures for 2016 a year included expenditures amounting to about 800 billion rubles (11,8 billion dollars), which were intended to pay off part of the debt of domestic defense enterprises to commercial banks. Reports about it RBC With reference to SIPRI Senior Researcher Simon Viseman. These allocations, which were unexpectedly allocated at the end of 2016 of the year, were positioned by the government as one-time. We are talking about the early repayment of defense loans, which were taken in the past years under state guarantees to fulfill the state defense order. “If it were not for these one-off payments, the military expenditures of the Russian Federation would have decreased in the 2016 year compared with the 2015 year,” said Simon Weseman.

Since most of all defense spending in Russia goes through secret (closed) budget items, how much the Russian government has spent to pay off MIC loans cannot be said. Andrei Makarov, head of the budget committee of the State Duma, called the figure 793 billion rubles. At the same time, the Accounts Chamber in the operational report on budget execution in 2016 reported that last year 975 guarantees for billions of rubles in loans to defense enterprises for the purpose of fulfilling the state defense order were terminated.

Thus, the one-time cost of closing the “credit scheme” of the Russian defense industry has led to the fact that the volume of military expenditures of the country in relation to GDP in the 2016 year reached a record 5,3% - this is the maximum figure in stories independent Russia, noted in the SIPRI certificate. At the same time, Russia assesses its defense spending more modestly. According to current government plans, military spending will decline from 4,7% of GDP in 2016 to 3% of GDP in 2018. 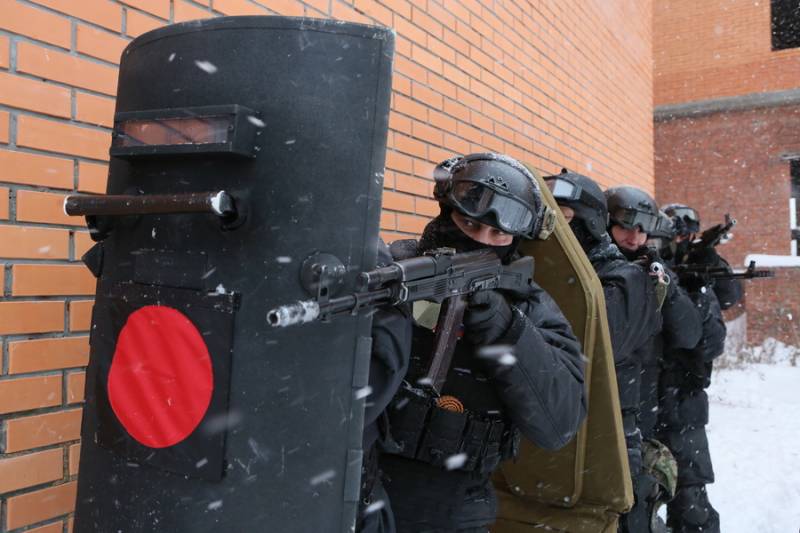 Tactical teachings of SOBR, OMON and private security guards of the Main Department of the Russian Guard in the Moscow Region, photo: Vladimir Nikolaichuk, rosgvard.ru

Founder of the Military Russia Internet portal Dmitry Kornev in a conversation with journalists Russia Today suggested that SIPRI could also take into account expenses that were spread over other items of the Russian budget. The expert noted that in the budget of Russia, in addition to the article "National Defense" (conditionally it is she who is considered the military budget), there is also an item of expenditure called "National Security". These are expenses of the state on the Ministry of Internal Affairs, special services and other security agencies. “Analysts, for example, could take into account the costs of Rosgvardiyu formed in 2016. The new Russian power structure is also responsible for the security of the country, and we don’t have accurate data on its financing. The Stockholm Institute could roughly estimate how much money was spent on Rosgvardiyu, as well as associated defense spending. All this does not mean that the institute made a serious mistake somewhere, ”noted Dmitry Kornev.

Vadim Kozyulin, a professor at the Academy of Military Sciences, in turn, believes that the impressive SIPRI data on the growth of military spending in Russia should not become a pretext for accusing our country of militarization. “Against the background of the prevailing situation in the world as a whole, as well as the situation around the Russian Federation in particular, they want to hang a lot of labels on us. I would not trust SIPRI statistics unconditionally. Often the numbers can be very different from reality. Our country cuts spending on the military sector. This is dictated by economic reasons and is felt by all, ”said Vadim Kozyulin in an interview with RT.

Estimates of Russian military spending by other specialists

It is worth noting that the assessment of the state’s military spending is not limited to calculations by the Stockholm International Peace Research Institute. A large number of equally authoritative centers operate with other statistical data. For example, the well-known military-analytical magazine Jane's Defense Weekly previously published a study that noted that in 2016, Russia spent a billion dollars for the needs of the 48,5 army. As a result, Moscow dropped out of the top five leading countries of the world in defense spending, from fifth place according to Jane's Defense, India was squeezed by India, whose military expenditures reached 50,7 billion dollars. According to the forecasts of this publication, according to the results of 2018, the Russian Federation will go down to the 7 line in this ranking. At the same time, India, on the contrary, will rise even higher - to the third line (56,5 billion dollars), Great Britain to the fourth line - 55,4 billion dollars, and Saudi Arabia will close the top five. In sixth place will be France - 45,5 billion dollars. 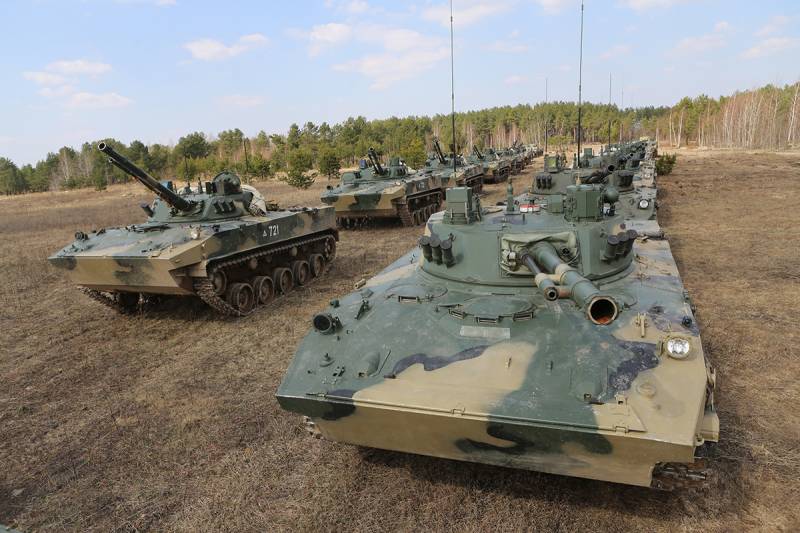 The first teaching of the Airborne Forces of Russia with the massive use of the latest BMD-4M and BTR-MDM combat vehicles, photo: mil.ru (Russian Ministry of Defense)

According to estimates by Global Firepower experts, in 2016, Russia spent 46,6 a billion dollars on defense, beating Japan (40,3 billion) and India (40 billion). At the same time, Britain (55 billion), Saudi Arabia (56,725 billion), China (155 billion) and the USA (581 billion) are located above Russia. It is worth noting that all three of the presented statistical reports are united by the fact that they estimate the military budget of Russia at an amount not exceeding 50 billion dollars, and predict its further reduction. It is possible that these analytical foreign centers took the statistics of the Russian government as the basis for their calculations. So in 2016, 3,1 trillion rubles was spent on the needs of the national defense of the Russian Federation (the amount was adjusted in favor of reduction to 2,886 trillion rubles). This figure at the weighted average exchange rate of the ruble to the dollar over the past two years is just about 50 billion dollars.

Ctrl Enter
Noticed oshЫbku Highlight text and press. Ctrl + Enter
We are
World MIC - who is in the topSIPRI published "Top 100" weapon manufacturers in 2013
Military Reviewin Yandex News
Military Reviewin Google News
76 comments
Information
Dear reader, to leave comments on the publication, you must to register.