“Almaty” instead of ships: details of the HPV program

April 11 2017
82
HPV-2025 - state armaments program for 2018-2025 years. This document determines how much and what kind of equipment should be produced and delivered to our armed forces. Of course, starting from the direction of the program is created and the further development of the Russian armed forces. 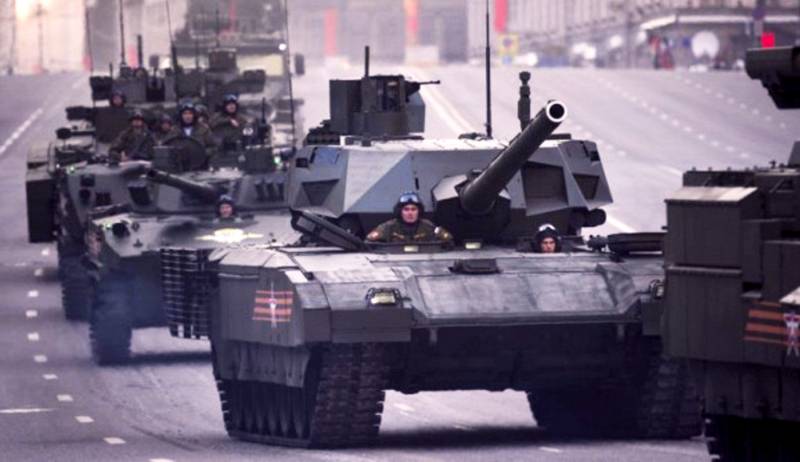 The program will be approved in June-July of this year.

Understandably, the details are kept secret. But if we analyze the speeches and interviews of people involved in this program (Dmitry Rogozin, Yuri Borisov and others), we can already draw preliminary conclusions.

The main task of the Russian military-industrial complex, as it was repeatedly stated at the highest level (Putin, Shoigu), was to bring the equipment level of the armed forces to 2020 by 70 in the year.

Here interests of several departments collide. This is the army, enterprises of the military industrial complex, and the Ministry of Finance. In the 2015 year, when work began on creating the LG, the Ministry of Defense requested trillion rubles for the 55 program. Later in 2016, the amount was adjusted to 30 trillions. The Ministry of Finance was ready to allocate to the program not more than 12 trillion.

Of course, sanctions, crises and so on have played their part, and I think that as a result, the parties will come to an agreement on the figure in 15-18 trillions of rubles.

By the time the program was to act with 2016 2025 for years. But, since the economic situation in our country really leaves much to be desired, it is worth remembering that the already financed part of the WPW for the 2011-2020 years has not yet been fully completed. And for this part 20 trillions of rubles were allocated.

Rogozin says that all unspent and untapped funds will be transferred to the next program. Apparently, in the calculations and the whole problem.

But today we can conclude that there will be less money. Even taking into account that does not have time to learn under the previous program. And little by little the information is leaking about who at the expense of whom the LG program will be squeezed.

I'll start with sad (for someone) news about what will NOT happen.

Most of the cuts affected the fleet.

Superavianostsev nuclear project "Storm" will not. They are not simply shelved, and the "indefinite period." What in our realities can be equated to the fact that if the aircraft carriers go into final development, it will definitely not be in the next 10-15 years.

The same applies to the destroyers of the project "Leader". Unlike an aircraft carrier, all work on them was postponed until a year after 2025.

Yes, it’s obvious that we don’t have much money with finances, so it may be promising, but expensive ships are postponed “for later”.

At the same time, the fleet cannot be said to have “offended”. In the LG-2025 fleet will receive funds for the repair, modernization and completion more than any other kind of troops.

"Boreas" will keep the same pace of construction. This is ours weapon the protection and revenge with missile submarines okay.

Nuclear-powered icebreakers of project 22220 will be completed as part of the GPV. “Arctic”, “Siberia” and “Ural”. What does atomic icebreakers have to do with military the fleet? It is easy to read. In general, the program for the construction of ships and vessels for the Arctic will not be cut by a single ruble. So many say, referring to the task given by the president.

In the Arctic grouping under the LG-2025, work will also be continued with the icebreaker Ilya Muromets and the universal patrol ships of the Arctic zone of the 23550 project.

It is clear that in the conditions of crisis and other problems, the main burden of work will fall on the “old men”. As part of the GPV, the modernization of Peter the Great, Admiral Kuznetsov, and Moscow will be carried out.

It would be nice, by the way, to finish the repair of "Admiral Nakhimov."

In general, the fleet will not suffer. Yes, the promising aircraft carriers and destroyers postponed. But today, our fleet has a more important task than aircraft carriers. The Syrian Express showed that we have a shortage of less expensive, but more significant ships and vessels.

There are also abbreviations here.

Although under the videoconferencing, funding cuts will not hit hard. Emphasis will be placed on deliveries to aviation parts of the Su-30SM, Su-34, Su-35 combat aircraft well-tested by the Syrian war, Mi-8AMTSh, Mi-28N and Ka-52 helicopters, as well as S-400 anti-aircraft missile systems.

C-400, which are supplied to the troops in the number of 4-5 regimental kits per year, are likely to prefer the promising C-500. Until more stable times.

Apparently the same thing will happen to PAK YES. Another promising, but very expensive project. Of course, PAK YES will be implemented, but not in the LG-2025.

Moreover, we are developing a project to upgrade the Tu-160 before modifying the Tu-160М2. Most likely, the Tu-160М2 will go into a series before the 2025 of the year and will serve. Two projects of strategic bombers at the same time are not all rich countries can afford.

But the first serial fighter T-50 in the framework of the LG-2025 should already be in parts and at airfields.

In addition, much attention is paid to transport aviation. It was within the framework of the LG-2025 that the Il-112 light vehicles and the medium Il-214 should start coming to the troops. The role of heavy transport aircraft is still assigned to the IL-76 of all modifications.

“Armata” is not put off for long, but we are no longer talking about hundreds of new tanks, but more modest figures. 20-30 tanks per year is most likely the exact amount that can be expected in a “trimmed” budget.

Nevertheless, this number of tanks will provide both the initial stage of training for crews and specialists, as well as running-in of new equipment in the army.

So "Armata" will be in the army, albeit not in such numbers as everyone expected, but still we can talk about mass production.

But to see in the BMP series "Kurganets-25" and BTR "Boomerang" we can, most likely, only after the 2025 year. Both cars had to be modified according to the wishes of the military, and refinement in the conditions of lack of money does not speed up the process.

A few more words about air defense. In the GW-2025 program, the air defense systems received more attention than in the GW-2011 program. According to reports, the deliveries of the Buk-М3, Tor-М2, С-300В4, С1 Carapace, the Shilka and Tungusk complexes will not be changed, but may even be increased.

Of course, you need to have the full protection guarantee from the fans to wave "axes".

There are two more promising developments that will not play in the backlash, and the work on them will not be minimized. This rocket "Sarmat" and BZHDRK "Barguzin".

In general, it is still difficult to say who will emerge victorious from the desire of the Ministry of Defense to get everything and quickly and opposing the Ministry of Finance in the desire not to allow budget money to be spent on expensive toys from tomorrow. All will show the final auction, which will be held in June of this year.

Talking about things that are worse: greed or the need to get money for everything at once is difficult.

On the one hand, we really need everything. And more. And the new, preferably unparalleled in the rest of the world. But, probably, it is worth setting real goals after all. Atomic aircraft carrier, this, of course, great. Shock power, prestige and all that.

However, the ongoing operation in Syria has shown that we have more than enough urgent problems, including in terms of the fleet. I mean, wherever possible, dry cargo ships that were suddenly needed to supply the operation. It is good that the Turks had something to sell and rent out. And thanks to the Mongols for mediating the purchase of a vessel from Ukraine.

It is difficult, of course, to recover and compensate for everything lost earlier. But - it is necessary, because we are talking about the country's defense. Let's see what the parties will come to in June.