British destroyer in the Black Sea 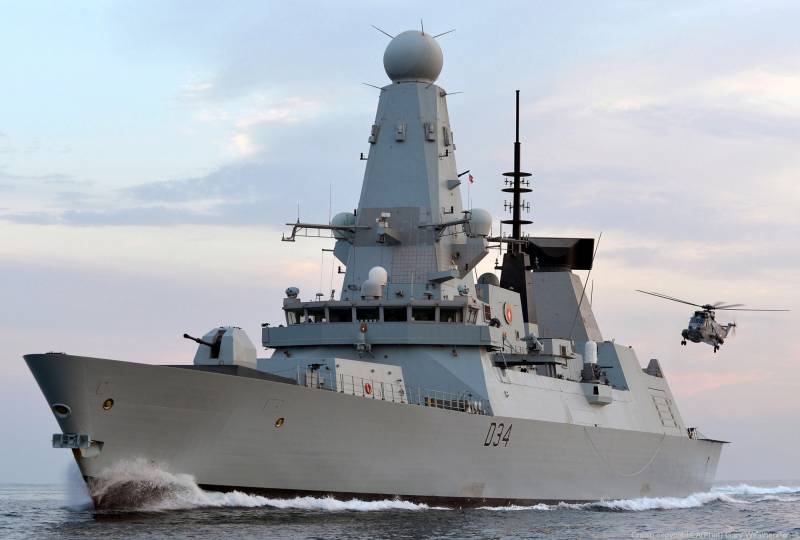 Black Sea units fleet acquaintance with one of the most advanced warships of our time is coming soon.

According to reports of Western news agencies, the destroyer HMS Diamond headed for the shores of Ukraine.

The cost of construction of the ship, according to official data, amounted to over one billion pounds, which made the “Diamond” the most expensive destroyer in the world stories. It was only in 2016 that the superiority in this dubious achievement passed to the American “Zamvalt”. 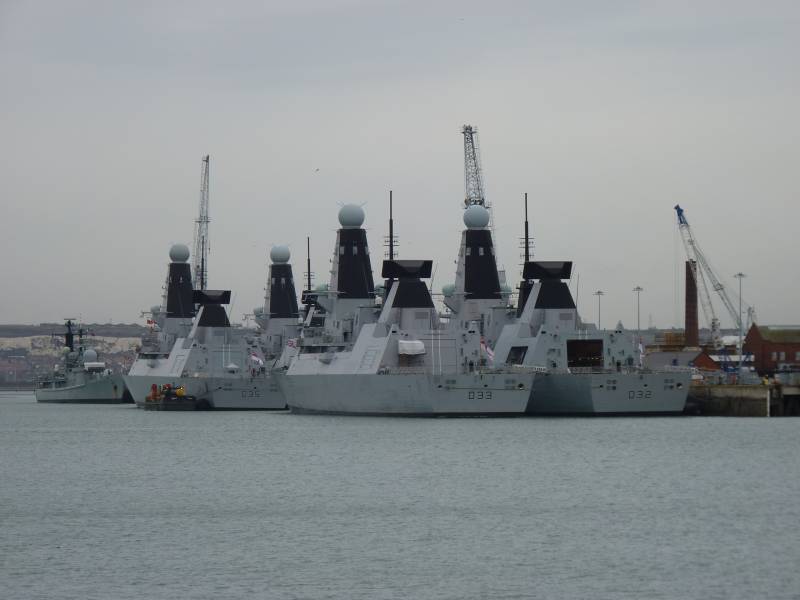 Like its sisterschips (Daring, Dauntless, Dragon, Duncan and Defender), HMS Diamond belongs to the 45 Type Daring (“Brave”) squadron destroyers. The construction of the series was carried out over the years 10, from 2003 to 2013.

A remarkable feature of the six “Brave” is lack of strike weapons. The destroyers of the new generation are created solely for protection, primarily against air threats.

And in this concept there is nothing shameful. Cruise missiles can be launched by any class ship from a riverboat. But for the implementation of the interception of the air target (to detect, calculate the trajectory and send missiles a hundred kilometers from the ship) requires a whole destroyer. 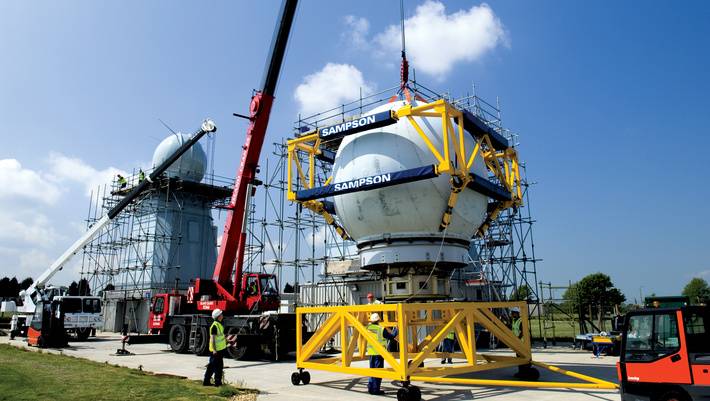 The strength of the destroyer is in his radars.

The first scans the entire space, up to near space.

The second one constantly looks at the horizon, fearing the appearance of low-flying aircraft and rockets.

If a threat is detected, the radar goes into combat mode, programming the autopilots of anti-aircraft missiles, trying to bring them as close as possible to the chosen target.

Additional radars for illumination by the British are not required: his missiles are equipped with active homing heads (they are activated at the final segment). 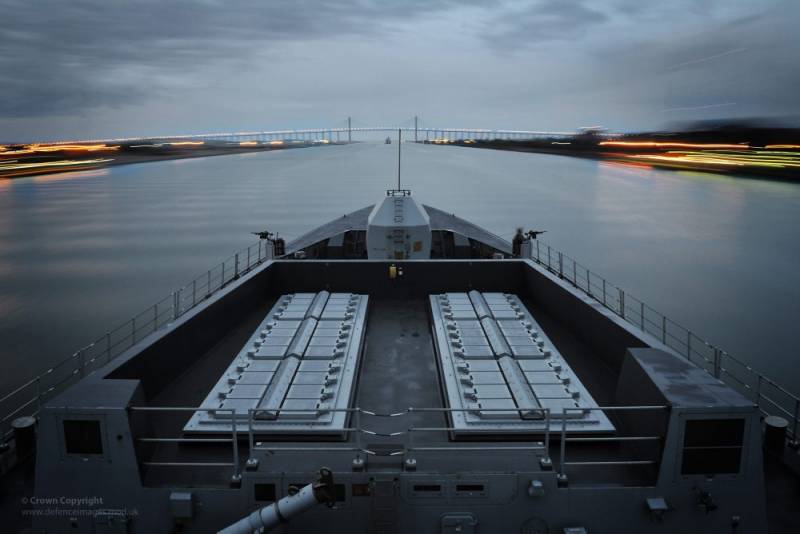 The main ammunition - 48 launchers for Aster anti-aircraft missiles. Existing modifications have a range of 120 km and a march speed of 4,5M. The missiles are equipped with vector thrust and are able to maneuver with overload up to 60 units.

Compared to the shipboard C-300FM missiles, British missiles have worse energy characteristics. Nevertheless, the “Astra” is more compact, has a smaller starting weight in 4, is superior in maneuverability and equipped with an active seeker with all the attendant advantages (and disadvantages).

The next generation of British SAMs promises to be able to accelerate to seven speeds of sound and hit targets outside the Earth’s atmosphere. At the very least, the capabilities of destroyer detection tools allow you to do it now.

Like any large warship, the destroyer Type 45 has moderate versatility. For example, on board is installed the American system of electronic intelligence AN / SSQ-130.

Provided for the permanent basing of the helicopter, also reserved space for a mobile hospital and a platoon of marines.

The destroyer is equipped with a new SSTD anti-torpedo protection system based on a towed low-frequency antenna (threat detection), a pair of towed “rattles” and 16 shooting acoustic simulators to deceive self-directed torpedoes of the enemy. 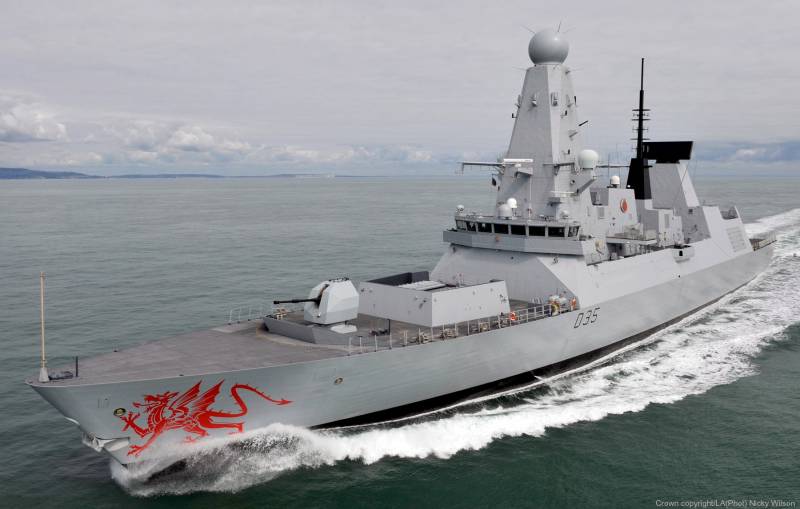 Those who point to the weakness of the “Derring” weapons, usually do not take into account that modern NATO ships are underloaded to reduce the extra costs in peacetime.

In the event of a situation, even remotely threatening a conflict, a lot of additional weapons will be installed on the “Daring”, if sailors wish. For example, in a number of sources, two sections of the CIP (16 launching shafts) for “Tomahawks” are mentioned.

However, Royal Navy has much more efficient carriers for cruise missiles - seven nuclear submarines of the Trafalgar and Astyut type (new, fourth generation). 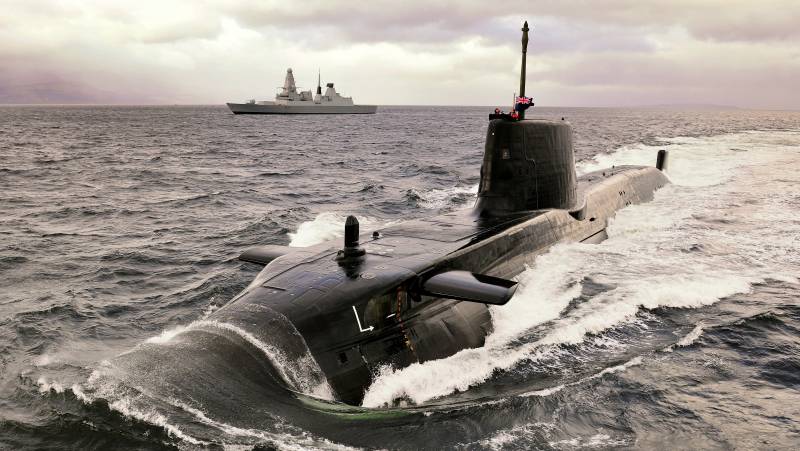 And the surface ships have their own clearly defined task. Air Defense.

The technical level “DERING” is of particular interest.

Shortened crew - total 190-200 people, which is surprisingly small for a ship of this level. For example, the crews of domestic BOD and American Aegis destroyers are twice as large in number.

The multifunctional mast is a high dark construction in the middle part of the destroyer, combining sensors and antennas of receiving and transmitting devices. 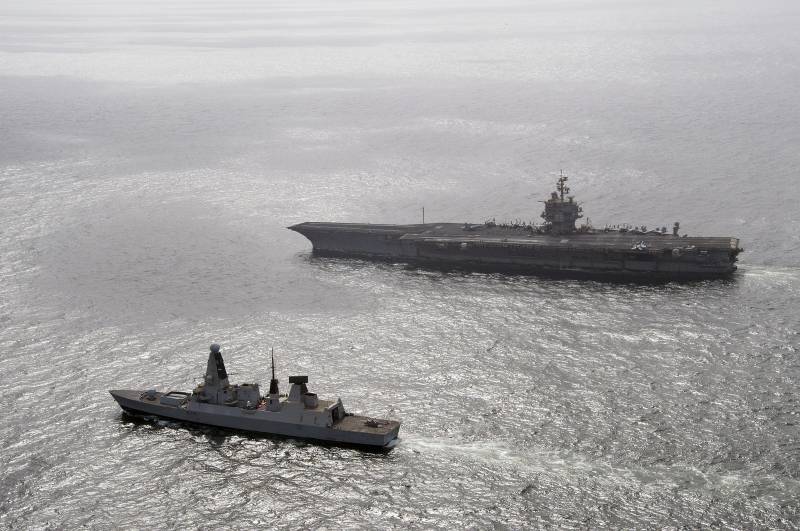 Cruising course - a pair of ship diesel engines of the Finnish company “Vyartsilya”.

Transmission (Full Electric Propulsion, FEP) eliminates the mechanical connection between the power plant and the propellers.

This reduces the length of the propeller shafts and removes restrictions on the choice of layout compartments and equipment placement.

Among other advantages - less vibration of the body, positively affecting the operation of sonars and other sensitive sensors.

In the future, an efficient distribution of energy resources and (depending on the task) the ability to redirect all energy to one specific consumer.

Additional cooling of the working fluid and exhaust gas recovery system have a positive effect on the efficiency of the installation. With a full supply of 1100 tons of fuel, the destroyer is able to cross the ocean twice. Of course, only in theory. In practice, warships are forbidden to go with empty tanks; as soon as the fuel level drops to 50%, as a rule, mandatory refueling follows. 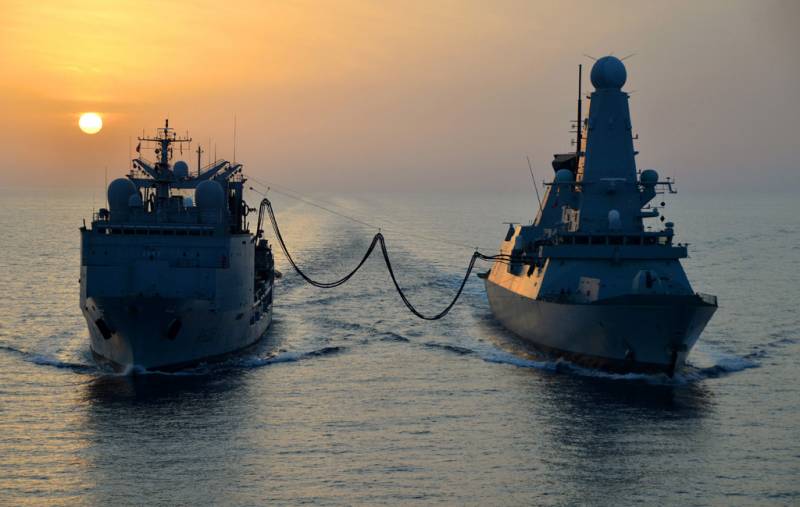 Destroyers Type 45 make a good impression thanks to the innovative design, competent selection of weapons and good taste of designers.

HMS Diamond’s Black Sea visit will please the press, but is unlikely to be useful for gathering technical information. All information on this ship can be obtained from numerous contractors around the world. Measure the "field" and the working frequency of the RTS, our sailors could meet in the English Channel, because the destroyers of this type regularly enter the "honorary escort" of our ships.

It remains to hope that the noble lines of “Diamond” will be able to kindle a healthy envy among those who, in rank and rank, are supposed to think about rearming the Russian fleet.

Just as many years ago, the Minister of Defense of Great Britain flew in a helicopter to admire a Soviet nuclear cruiser sailing in the ocean. 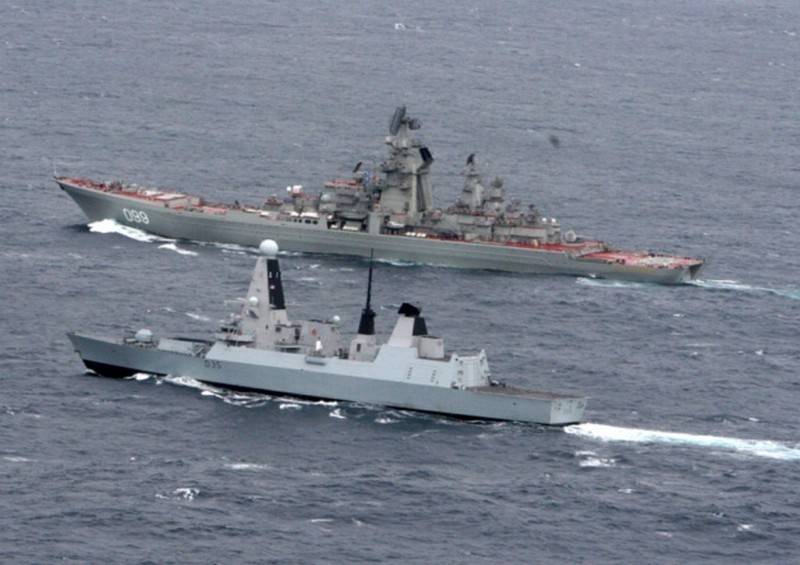