News of anti-aircraft missile systems of the Tor family

October 14 2016
10
The State Armaments Program currently being implemented involves the production and supply of a large number of different types of modern weapons. Special attention in this program is paid to air defense systems, including anti-aircraft missile systems of the Tor family. Over the past few weeks, a number of messages have appeared that tell about the current work and prospects of these systems.


The most interesting statements about the rearmament of the army in general and the renewal of air defense in particular were made on the last day of September. On the eve of the Day of the Ground Forces, the Commander-in-Chief of this type of armed forces, Colonel-General Oleg Salyukov revealed some information about current work and plans for the near future. Together with other topics, the commander touched on the rearmament of air defense using military equipment of the latest models. According to the general, in 2016, the ground forces will have to receive over 2 thousands of samples of modern weapons and equipment, including 800 units of rocket and artillery systems. In addition to the supply of finished equipment, perspective samples are being developed, which will be available in the series in the future. 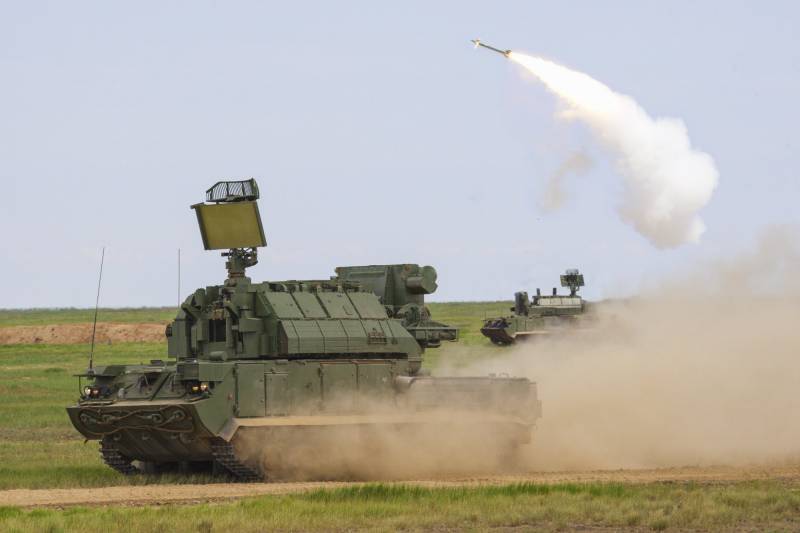 The air defense system of the "Thor" family during firing. Photo Defence.ru

One of the main novelties of the State Defense Order for the current year was the newest anti-aircraft missile system "Tor-М2". In 2016, the air defense units of the ground forces received the first production vehicles of this type. Colonel-General Salyukov emphasized that at the moment this air defense system is the only system in its class in the world capable of conducting reconnaissance of air targets and use of rocket weapon in move.

According to available data, the Tor-M2 complex, being a further development of the previous systems of its family, differs from them in the composition of the equipment and in some other design features. One of the main innovations of the project was to improve the performance of electronic systems, thanks to which the combat vehicle gets new opportunities. Unlike its predecessors, the Tor-M2 air defense system can attack targets without stopping to launch missiles. It is assumed that this possibility will allow for more effective air defense of military units on the march. Also due to the used modifications some other characteristics are enhanced.

According to official data, the production of the latest anti-aircraft complexes is conducted by Izhevsk Electromechanical Plant "Kupol". This company produces part of the components independently and takes the necessary products from other manufacturers, subsequently performing the assembly of combat vehicles in the equipment required by the customer. In addition, at present, the plant's specialists are developing new projects for the modernization of existing equipment. At the end of September, the leadership of the Dome reported on plans to create new modifications of the Torah.

Fanil Ziyatdinov, Director General of the IEMZ Kupol, at the end of September told the press about the ways to further develop the existing anti-aircraft systems. According to the head of the enterprise, work is underway to prepare the necessary contracts. According to its results, agreements will appear on the development of the anti-aircraft complex for naval ships fleet. It is planned to conduct OCD in 2017-18. Accordingly, mass production and deliveries of promising complexes can start after 2018. The result of the project planned for development will be a new complex of the Tor family, designed for installation on ships and fleet boats. According to F. Ziyatdinov, the ship "Tor" will be able to replace the older complexes "Dagger" and "Dagger", currently used.

In the near future, tests should begin, the purpose of which will be to test the operation of the systems of the anti-aircraft complex in the specific conditions typical for operating at sea. It is intended to determine the features of the "Torah" at speeds up to 45 km / h and during pitching. The data collected during such tests will be used in further work on the adaptation of the complex to the installation on warships.

Earlier, the press service of the VKO Almaz-Antey concern, which includes IEMZ Kupol, has already reported on the possible results of the development of a prospective ship modification of the Thor complex. Then it was noted that the new air defense system can be created in the shortest possible time and at minimal cost. This should contribute to the widest possible use of ready-made ideas and solutions, as well as components and assemblies, ammunition, etc. It is noteworthy that at the beginning of summer, as well as at the end of September, the years 2018-19 were called as the dates for the possible beginning of the supply of serial complexes. This may indicate that in the intervening time, the project developers did not have a reason to revise and adjust the work schedule.

Another promising project, recently mentioned by officials, is designed to provide anti-aircraft defense facilities of the armed forces deployed in the Arctic. At the end of September, the commander-in-chief of the ground forces, O. Salyukov, spoke about the development of a fully autonomous version of the anti-aircraft complex called Tor-M2DT. The main objective of this project is to create a modification of the base air defense system suitable for use in the harsh conditions of the Far North. In this regard, the complex has special requirements in terms of high maneuverability on rough terrain and difficult landscapes, as well as the ability to work at extremely low temperatures.

The first information about the project "Tor-M2DT" appeared in early August. Then Izhevsk Electromechanical Plant "Kupol" published information about the future joint work with the company "Vityaz" (Ishimbay). In accordance with the published data, IEMZ Kupol and the Vityaz plant must, by joint efforts, create a new modification of the Tor-M2 complex, which differs from its predecessors in a different chassis. The two-link tracked chassis manufactured by Vityaz was chosen as the basis for the “arctic” air defense missile system. 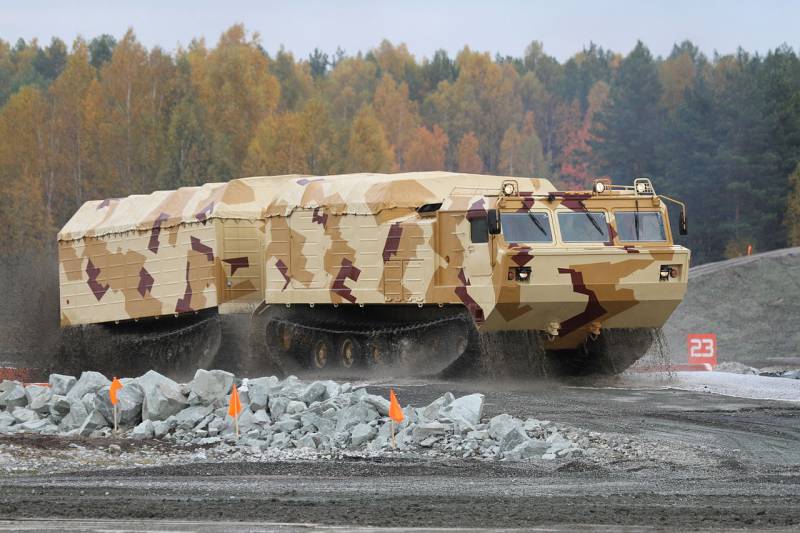 The X-NUMXK9MDT “Tor-M331DT” anti-aircraft missile system is proposed to be built on the basis of a DT-2PM tracked carrier. On such chassis, the 30А9МДТ or ДТ-331ПМ-Т30 combat vehicle carrying the launcher, a set of radioelectronic equipment and the habitable compartment, as well as the technical support machine 1ВХNUMXМ9ДТ or DT-887ПМ-ТXNX Both links of the latter will be equipped with the equipment necessary for the maintenance of combat vehicles and missiles. The deadline for completion was 2 October 30. Shortly thereafter, it is planned to begin tests, which should end by the beginning of the summer of next year. The price of the contract between the Dome and Vityaz was determined in 2 30 2016 rubles 122 kopecks.

Some plans have already been identified for the further development of Thor anti-aircraft systems. So, the general director of the KEMU IEMZ at the end of September noted that in future generations of complexes based on existing systems, the possibility of dealing with hypersonic targets will be laid. F. Ziyatdinov noted that hypersonic percussion aids are still only at the development stage, while real samples suitable for practical use are not yet available. However, it is planned to take appropriate measures. Due to this, at the time of the appearance of hypersonic shock systems, new means of dealing with them may appear.

Recent reports on the current and planned development of the Thor anti-aircraft missile systems show that such systems are of great interest to the customer in the person of the Russian armed forces, and therefore should be constantly updated and improved. To date, several ground modifications of the complex, intended for use by the army, have been created and delivered into the series. In the near future, the list of modifications "Torah" should be updated with two new complexes. Based on the existing components and assemblies, it is proposed to create two new systems designed for use in specific conditions.

The creation of a new land version of the complex based on a two-link tracked carrier, which in the future will have to serve in the Arctic and provide air defense of various military facilities, has already begun. The second newest project, the development of which will have to start a little later, is intended to re-equip warships and boats, the existing armament of which no longer fully meets modern requirements. At the same time, mass production of the Tor-M2 air defense system, which is the newest and most sophisticated vehicle of its family, has already been launched. From this year, the equipment of this model is delivered to the troops and becomes one of the means of updating the fleet of anti-aircraft complexes.

The air defense systems of the “Thor” family have proven themselves, which allows them to continue their development. Plans for the near future have already been defined, and in addition, the requirements for the complexes of the future generation are gradually forming. All this suggests that the anti-aircraft systems of the short-range of the “Thor” line will remain in service for a long time. At the same time, over the next few years, we should expect the deployment of new specialized versions of these complexes, which will enhance the air defense of Arctic facilities and ship formations.