Day of special communication of Russia. When cargo is under reliable protection

August 1 2016
24
August 1 in the Russian Federation celebrates the Day of the formation of the Special Communication Service of Russia. This is a professional holiday for all couriers of the Federal State Unitary Enterprise "The Main Center for Special Communications", as well as for service veterans and civilian workers.

In fact, services delivering important correspondence appeared in the country much earlier. In the 1796 year, under Emperor Paul I, the famous Courier Corps was created. The October Revolution, which destroyed the managerial and power structures of the Russian Empire, did not eliminate the need to deliver secret reports and documents. Moreover, in the new conditions, given the industrialization and life surrounded by hostile powers, this need became much more distinct. Therefore, courier communication continued to exist, engaged in the delivery of secret documentation of the party organs, transportation of precious metals, securities of the USSR State Bank, and so on. In the end, it became obvious to the leadership of the country and the party that courier communication could no longer meet the needs of all departments at once, therefore it was decided to divide it into two services. The competence of the NKVD courier service left the delivery of secret correspondence of the highest Soviet, party and military bodies, and the People's Commissariat of Communications transferred the delivery of secret and top secret correspondence of other departments, transportation of precious metals and securities. It was these tasks that formed the Central Directorate of Special Communications of the USSR People's Commissariat of Communications.

The beginning of the Great Patriotic War, of course, made its very noticeable adjustments to the daily work of the special connection. First, the office of the Central Directorate for Special Communications was evacuated from Moscow to Ufa — along with the entire apparatus of the People’s Commissariat of Communications. In the capital, there remained only production departments and operational groups of the NCC. Secondly, in connection with the start of the war, couriers and freight forwarders were transferred to the barracks situation - in a war, they had to perform their duties much more often. After all, special correspondence had to constantly carry both to the front and to the rear - from the front. In the first year of the war alone, the special communication service delivered 38,7 million packages of secret and top secret correspondence. A special group of feldjegers was seconded to the Headquarters of the Supreme Commander-in-Chief; similar groups operated at the headquarters of the fronts and individual armies. In addition, special communications were charged with the duties of receiving and sending out shipments with food cards. During the war years, the work of special communications for the transportation of precious metals mined beyond the Urals was of great importance. From 1944, the NCC provided delivery of packages with government bonds to savings banks. 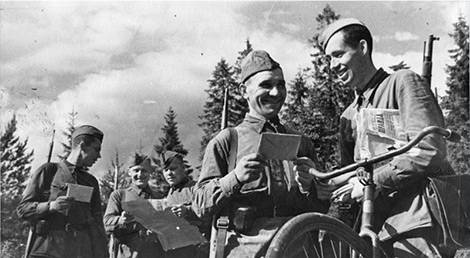 During the war years, the NCC faced a certain personnel shortage, as hundreds of special communications service officers went to the front as volunteers. And the most valuable cadres left - young combat-ready men. Therefore, the main burden during the Great Patriotic War fell on the shoulders of couriers and forwarders of older age, as well as women, who also began to be actively involved in the service in a special connection. At the same time, the volume of special correspondence passing through the service increased many times, which was also associated with a very intensive document flow between government agencies and enterprises evacuated from the European part of the USSR to the Urals. Many institutions in a specific period could be on the move to the place of evacuation, and this further complicated the work of the special communication service. As for military units and subdivisions, they were generally in constant movement, but this did not exempt the special contacts from the duty of delivering valuable documentation and other important goods.

Delivery of correspondence was carried out both by car, and on foot or by passing cars. Drivers of passing cars were obliged to drive special communications officers, and this obligation extended to front-line zones. Sometimes couriers and forwarders traveled under enemy fire, there were cases - which flew behind enemy lines on airplanes. A special place was occupied by the delivery of correspondence to besieged cities. So, during the siege of Leningrad, 25 routes were organized that led to the city. The route also ran through Lake Ladoga - along the famous Road of Life. Special forces followed in passing vehicles of military units, sometimes on airplanes. The delivery of secret correspondence to and from Stalingrad was also carried out. After most enterprises and organizations were evacuated from the city besieged by the Nazis, a special communications task force was formed. She was tasked with ensuring regular communication with the city. Special communications officers daily transported special correspondence across the Volga — to Stalingrad and vice versa, to the headquarters of military units and formations of the Red Army. The transportation of the Red Banner of the All-Russian Central Executive Committee with the inscription “Red Tsaritsyn” from the All-Russian Central Executive Committee, which was handed over to the city in 1919 and was stored until the siege of the city in the museum, became an honorary task for special communications officers. The banner was to be sent along the route Leninsk - Saratov, and then transported to the Nikolaev Regional Party Committee. But on the Vladimirovka – Verkhniy Baskunchak section, the train in which the couriers traveling the banner rode came under Hitler’s bombing aviation. The courier and the head of the Voroshilovgrad special communications department died, but the banner and valuable correspondence survived.

Like many other state services, in the post-war years, Soviet special communications were further developed and steadily improved. The first changes in the special communication system followed immediately after the war. In 1947, the courier service was reassigned to the USSR Ministry of the Interior, and its competence also included servicing the USSR Council of Ministers and the delivery of correspondence from defense ministries and state committees. From 1958, the courier service was responsible for the delivery of technical documentation and products outside the USSR for the countries of the socialist bloc. In April of the year 1960, when the decision was made to abolish the Federal Ministry of the Interior and transfer its functions to republican ministries, the courier service under his command was transferred to the USSR Ministry of Communications. 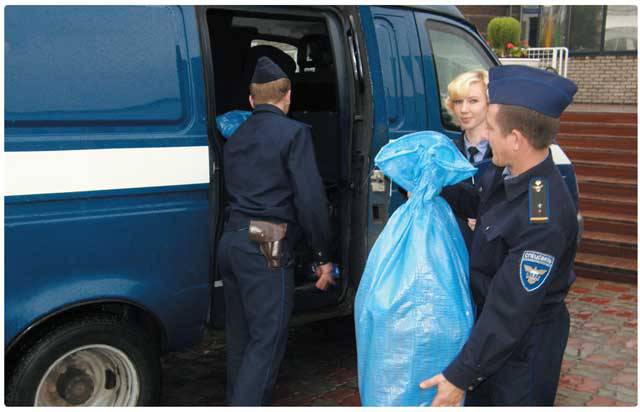 The Russian Federation inherited this structure almost unchanged. In 1994, the Regulation on the Main Center for Special Communications was adopted, which regulates the specifics of the activities of this structure. In addition to the main task - ensuring the delivery of secret and top secret correspondence, the Main Center for Special Communications provides a fairly wide range of services for receiving, processing, storing and delivering valuable and especially valuable cargo, securities, artistic and cultural values. In particular, the competence of the structure includes the transportation of parcels with gold and silver medals for graduates of secondary schools of the Russian Federation, it is also responsible for the transport of blank passports for citizens of the Russian Federation. Sometimes employees of the GCC participate in truly historical operations. For example, in 2006, it was the Department of Special Communications for St. Petersburg that transported 7 million 200 thousand units of storage of phonodes and property of the Russian State Historical Archive to a new archive building. In 2011, special communications personnel transported the picture of the world-famous Rembrandt “The Unbelief of the Apostle Thomas” to Paris, where an exhibition was held in the Louvre. 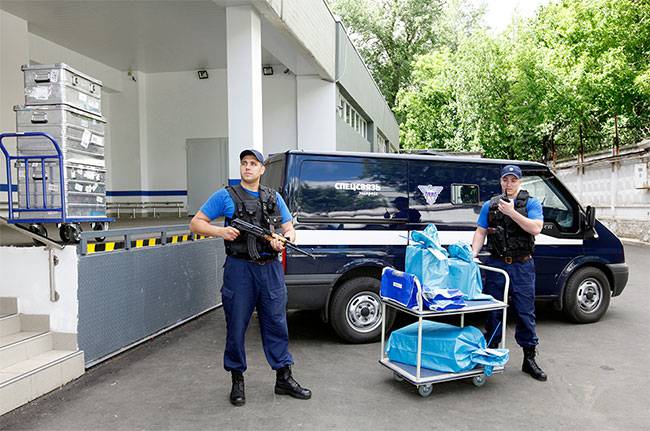 As part of a special relationship today serve a variety of employees. This is a purely civilian specialists of different profiles - accountants, lawyers, programmers, engineers. This is the courier, the ones who serve with arms, in which case risking their own lives for the sake of the safety of the delivered goods. Among them are many former military personnel and employees of the Ministry of Defense, the Ministry of Internal Affairs, the Federal Security Service, the Federal Security Service and other federal law enforcement agencies. The requirement of experience in the army, law enforcement, or, at least, work in the collection service or private security, is decisive for candidates for couriers, carrying valuable goods and documentation. However, despite the great importance of the service, she also has certain problems. First of all, we are talking about wages, which cannot be called high, despite the impressive scope and great importance of the functions performed. They say about the lack of people in the offices, which, again, may be due to financial difficulties.

At the same time, even in such difficult conditions, special communication officers continue to honestly carry out their difficult service, delivering valuable cargoes and correspondence to the addressees. The most respectable are, of course, the couriers and drivers themselves - that is, those who are directly responsible for the delivery of goods and documentation, sometimes risking their lives for the safety of the property transferred to them. On a holiday, it remains to wish the staff of the Main Center for Special Communications to always honestly do their work, to be less in situations of increased risk and, of course, increase the pay for their hard and responsible work.