Day of the Baltic Fleet of Russia

18 May 2016
35
Today, May 18, Baltic sailors celebrate their professional holiday. Baltic Day Celebration Date fleet established on the basis of the order of the Commander-in-Chief of the Russian Navy of December 19, 1995. And this date was not chosen by chance. May 18, 1703 Peter I, commanding a flotilla of 30 boats with soldiers of the Preobrazhensky and Semenovsky regiments, won at the mouth of the Neva, capturing two Swedish ships - Gedan and Astrild. Participants of historical battles were awarded with specially made medals with the inscription "Unprecedented happens."


As of May 1703, an important stage of town planning falls on the subject of the foundation of St. Petersburg, which itself is closely connected with the development of the Baltic Fleet of Russia.

All the details of the history of the formation and development of the Baltic Fleet can be found by visiting the Naval Museum located in the city of Baltiysk, Kaliningrad Region. In 2016, the Baltic Fleet Museum marks 59 years. It was opened on September 28 of 1957 of the year on the basis of Directive No.63 of the General Staff of the Navy. The first expositions for acquaintance with the history of the fleet became available to visitors of February 23 of 1959.
An interesting historical moment - already at the beginning of the 60-s of the Baltic Fleet Museum was transferred to Tallinn, where the main base of the Red Banner Baltic Fleet was located, and it was in Tallinn that the museum existed until the collapse of the Soviet Union. After the collapse of the country, the naval command decided to return the historical museum to Baltiysk, where it is located today.

To touch the history of the legendary Baltic Fleet, you need to see the objects of its unique exposition with your own eyes. Thus, in the collection of the museum, personal items of such famous Russian naval commanders as admirals MP Lazarev, I. Kruzenshtern are presented. In Baltiysk, you can see a collection of dirks of Russian officers who forged the glory of the fleet and made an enormous contribution to the victory of the Russian weapons in the Baltic. 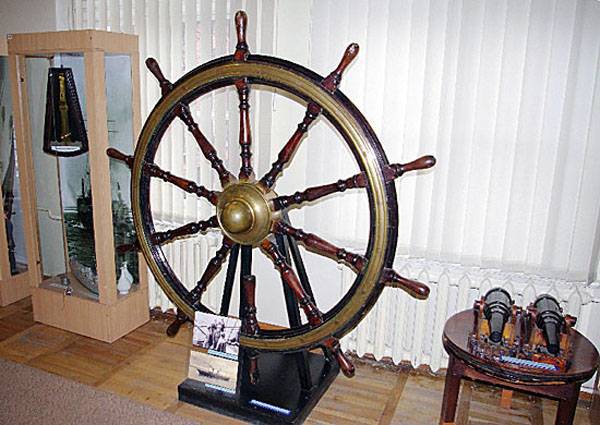 The museum exposition is dedicated to different stages of development of the Baltic Fleet: from Peter’s victories at the mouth of the Neva to the Soviet period, when the fleet on the Baltic Sea turned into unbreakable power, bringing to life any potential enemy, including representatives of the North Atlantic military bloc. 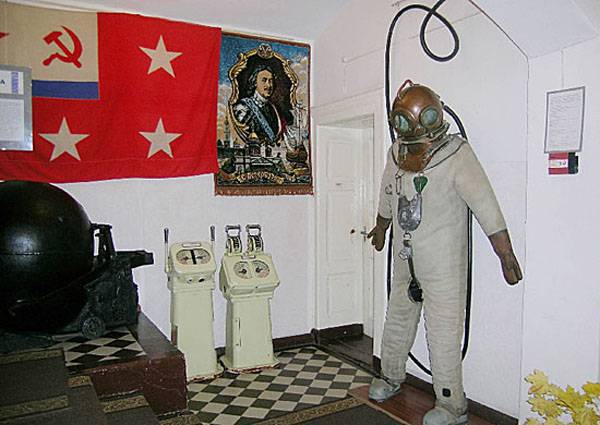 It should be noted that the development of the Baltic Fleet of Russia after the adversities associated with the collapse of the USSR and the total underfunding of the domestic defense industry causes serious concerns for NATO. The fact is that the “partners”, in whose camp the famous former union republics also crossed over, have decided for more than 20 years that the Baltic Sea has become the NATO internal water body in which they can host without taking into account the interests of other countries of the region. And therefore, when the number of exits to the sea of ​​Russian surface and submarines grows, so does the number of departures of naval units aviation, in “partners” it causes an unhealthy (violent) reaction.

It got to the point that if Russian fighters are intercepted by American reconnaissance aircraft several tens of kilometers from the base of the Baltic Fleet of the Russian Federation, then in the Pentagon and the US State Department they declare "about Russia's aggressive behavior." Since when is it for NATO, and specifically the United States, the defense of its borders by such a state as Russia has become considered an “act of aggression”? Not from the very moment when in the USA they considered themselves “exceptional” and in addition “masters of the world”.

The fact that the Russian military leadership all these NATO moans about “aggression” and “unprofessional and unsafe interceptions” do not cause any special emotions are gratifying. The development of the fleet is systematic. Baltic seamen receive new warships and support vessels, which allows them to build a reliable security system in the Baltic.

Today, the Baltic Fleet is the most important component in protecting the Russian borders and the interests of Russia far from the borders of the Motherland. Over the past few years, the BF of the Russian Federation has received several modern warships with the latest technical equipment and weapon systems. This, for example, the corvette "lively", "savvy", "resistant" and "guarding". 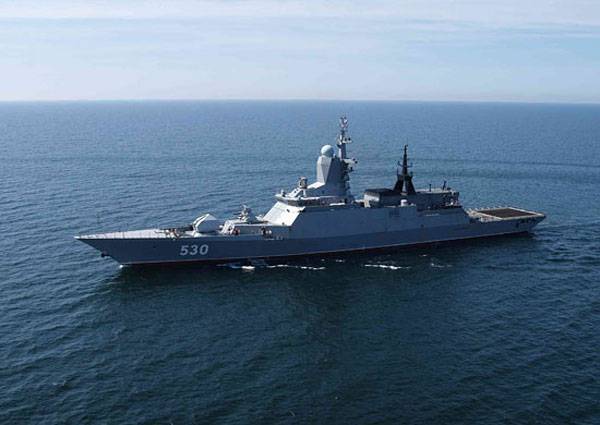 The landing of the landing craft was replenished with the latest landing craft on the 21820 Dugong air cavern. With the help of such amphibious boats, effective sea transfer and landing on almost any unequipped coast became possible. In addition to personnel, such boats can carry out the transfer of armored vehicles and military off-road vehicles.

In the framework of the state defense order of the Russian Navy in December 2015 of the year received the eighth boat of the 03160 Raptor project. And in May of this year, the Ministry of Defense of the Russian Federation signed a new contract for the production of such high-speed boats of the coastal zone for the needs of the Navy in connection with their (boats) high efficiency. The fulfillment of the contract is for the period until the end of 2018.

Last year alone, the fleet personnel took part in dozens of exercises and combat training exercises. About two hundred rocket, artillery and torpedo firing were carried out, more than fifty test measures were carried out to improve the skills of Baltic seamen. 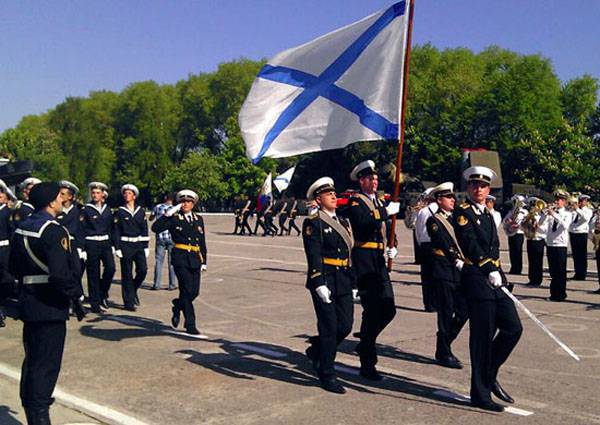 Today "Military Review" congratulates the current personnel and each of the veterans of the Baltic Fleet on the holiday "!