March 21 2016
57
The frigate "Admiral Essen" (project 11356) on Wednesday will go to the Northern Fleet for passing in the Barents Sea the 2 of the state tests, reports MIC With reference to the representative of the Yantar plant Sergey Mikhailov. 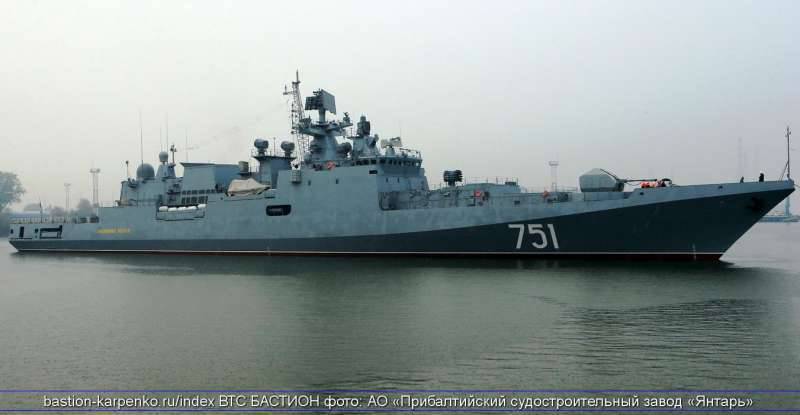 “March 23 frigate“ Admiral Essen ”will begin the first inter-fleet transition from the Baltic to the Northern Fleet. There, in the landfills will pass a series of tests weapons and technical means of the ship, ”Mikhailov said, adding that the frigate is now in Kronstadt.

He noted that "on board the" Admiral Essen "is a crew of sailors of the Black Sea fleet"For which this ship is intended, members of the factory commissioning team and the state commission."

“Admiral Essen’s return to Kaliningrad, to the Yantar plant, is scheduled for the second half of April. In the factory harbor, the ship will be inspected and then transferred to the customer, ”Mikhailov said.

The representative of the plant recalled that as part of the tests, which the ship embarked on at the end of January in the Baltic, “all units, systems and components, navigation and radio equipment were tested, artillery firing was conducted, interaction with the sea was worked out aviation Baltic Fleet. "

Ctrl Enter
Noticed oshЫbku Highlight text and press. Ctrl + Enter
We are
The second stage of state tests of "Admiral Essen" will be held in the Barents Sea
Military Reviewin Yandex News
Military Reviewin Google News
57 comments
Information
Dear reader, to leave comments on the publication, you must sign in.