The Pentagon is afraid of "asymmetric advantages" of Russia and China

March 22 2016
20
Senior US military officials are thinking about measures that the Pentagon should take in the context of building military capabilities by Russia and China. It is about neutralizing the likely consequences of advancing potential adversaries in the areas of high-tech weapons. High officials from the US Department of Defense, it turns out, are afraid that the Russians and Chinese will get some “asymmetric” advantages by improving weapons and destroying the dominance of American warships on the planet and aviation.


Pentagon generals and admirals intend to gather in the coming weeks and “think about” what the US Department of Defense should undertake: after all, Russia and China continue to strengthen their military capabilities and narrow the gap with great America. 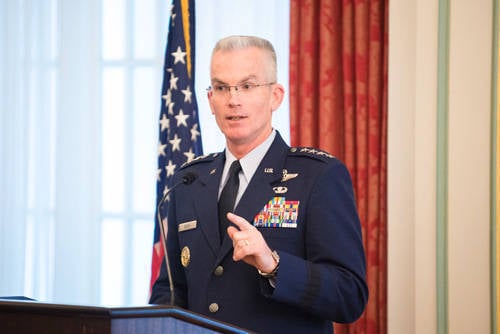 This is written by Sandra Erwin in the publication "National Defense".

This “discussion” can help politicians form decisions about how much money they need to spend, what policies to pursue in the field of strategy and what “organizational changes” in the Ministry of Defense will need in order to “compensate opponents' successes” in high-tech weapons like “high-precision” weapons and air defense systems. "

It turns out that Pentagon fighters in terrible dreams see the Chinese along with Russians using “asymmetrical” countermeasures to “conquer” the world, constantly improving their “high-precision weapons” and getting ready to negate the usual “dominance of warships and US aircraft” and their allies. “Our competitors are approaching us with these capabilities!” Says Air Force general Paul J. Selva, deputy. Chairman of the Joint Chiefs of Staff. The arms race in the field of precision-guided ammunition has not yet been lost by the United States, but opponents are already advancing on America’s heels, Selva said. Moreover, the Chinese and Russians, “may have already got the upper hand over us in terms of the range of action”. True, they (the Russians) do not yet have enough sense to surpass the Americans "in accuracy or ability to achieve a complex effect." Who is the first to catch up with America, the Russians or the Chinese, Selva does not know. But be sure to find out. It was decided to conduct a "series of war games and experiments" - in order to "try to get an answer to this question."

At present, the Pentagon is trying to “push this process to a higher level of discussion,” and not only to discuss whether the Russians are doing something “cool” or not, Selva noted. The Pentagonists have already come up with a strategy called “Third offset”: its goal is to find out what the US is doing differently and what can be changed by applying technology, operational concepts and organizational structures to overcome the advantages of Russians and Chinese in high-precision systems that allow strikes over a longer range.

A “war game” is already underway, taking into account Selva’s recommendations, the article notes. Soon this game will increase its level: the leaders and deputy heads of services will join it, as well as regional combat commanders. Next, the Pentagon will hear their opinions.

The new strategy also provides for an analysis of the “Russian military operation in Ukraine.” “The experience of Ukraine is instructive,” Selva thinks. After all, the Russians had trained “separatist forces”, from which they emerged a “combat-ready army”, capable of waging even electronic warfare.

In addition, he referred to "strategic nuclear deterrence." True, discussions about this kind of "containment", it turns out, "go beyond the Pentagon," because "they require national financial commitments of hundreds of millions of dollars" aimed at "upgrading the country’s aging intercontinental nuclear missiles, long-range bombers and submarines", which the aggregate is known as the “nuclear triad”.

Selva is sure that "it is worth paying for the entire triad," but "you need to understand how to talk about it," how to give "a justification for the need for a nuclear triad." Selva thinks that as long as the Americans have such a triad, they will fight back all the best and all.

Meanwhile, military analysts fear that the "clumsy" decision-making process of the "Pentagon machine" will lead to another "bind" in the papers and red tape.

Jerry Hendrix, a senior researcher at the Center for New American Security, believes that all these attempts in the field of the “Third offset” strategy will give America only 5 or 10 years “extra”, not more. Mr. Hendricks hinted at the interest of Russians and Chinese in some “industrial” data: they say that in the commercial industry there is a “technical data leak”, and here it is, and it allows the enemies of the United States to create their “precision weapons”.

Andrew P. Hunter, Senior Fellow at the Center for Strategic and International Studies, shares the same opinion. After all, at least two thirds of global arms investments come from the private sector, he noted. And the “dark side” of this trend is “the wide spread of technologies that can be used against the US military machine.” As for the Pentagon, he, alas, "cannot stop the growing democratization of technologies."

What the fighters from the Pentagon and their pocket "experts" will not think up for the sake of increasing the military budget - the very thing that the peacemaker Obama calls "defensive". The ubiquitous Chinese and Russians are behind every US industrial secret related to the war machine of “great America”, they are improving their “precision weapons” and are preparing to remake the world in such a way that there will no longer be a place for US domination. Oh God!

Presumably, while the Americans are playing their “strategic games,” the Russians slowly ... redo the world.

Observed and commented on Oleg Chuvakin
- especially for topwar.ru
Ctrl Enter
Noticed oshЫbku Highlight text and press. Ctrl + Enter
We are
Results of the week. “To sell something unnecessary, you must first buy something unnecessary, but we have no money!”Strangulation: the context, conduct and consequences of the American naval blockade of China
Military Reviewin Yandex News
Military Reviewin Google News
20 comments
Information
Dear reader, to leave comments on the publication, you must sign in.