Oppositionist or rebel - what is the difference 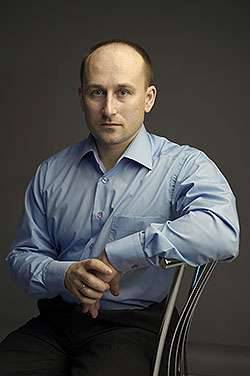 Western politicians always speak a specific language. In which terms used are absolutely not random. They carry a certain load and perform a specific task. Which one? Yes, very simple - to help implement the plans of the West. And this help in the information sphere, through the use of false terms that hide the meaning and essence of what is happening, is no less important for the West than carpet bombing and political assassinations.


The term "moderate opposition" from this number. Western politicians so call those with weapons in the hands of fighting against the government of Bashar Assad, but not included in Daesh.

The adoption of Western terms carries with it a certain threat. You agreed with the term “Stalin's repressions”, and you have already placed all the blame on the tragedy of the end of 30 that took place personally on I.V. Stalin. Personally. And all those who were at the top of the party and the army participated in a whole series of REAL conspiracies, were innocent victims. Even if they themselves had previously ardently advocated repression against others or, like Tukhachevsky, they used combat poison gases in general against their own people.

(And such an atrocity at the beginning of the twentieth century, there are no analogues in stories, moreover, the gases were used not even against the regular units, that at least somehow it would be justified, but against the men sitting in the forest!)

You agreed with the discussion of the topic “Should Russia pay compensation to the Baltic States for the occupation?”, And now you are “as if” in agreement with what the “occupation” was, and went into the plane whether or not you should also give money.

(And the truth is that Latvia and Estonia seceded from the Russian Empire completely illegally, being territories bought by different kings. They left, signing agreements with the Bolsheviks, whom the Balts agree to call legitimate power during the civil war, but no longer exist in 1939 — 1940. As for Lithuania, it received Vilnius (Vilna) and the Vilnius region in the 1939 year under a treaty with the USSR. After leaving the USSR, Lithuanian leaders for some reason are not in a hurry to return them).

What is “moderate opposition”? How does she look? And how does it differ from the rebels? The question is not idle. As soon as Russia showed success in striking the forces that plunged Syria into a civil war, Western media voiced voices about "strikes against the moderate opposition," and not against Daesh. Calls began and even a demand to stop the raids of ours and the Syrian aviation, and Angela Merkel even tried to hint "about the no-fly zone." Along the way, we recall and analyze this false term - “no-fly zone”. If you thought that this is an airspace in which no combat aircraft fly, then you were mistaken. In Libya, this "zone" has already been shown to us. The “no-fly zone” was over the country of Muammar Gaddafi - in reality it turned out that this is a situation where only NATO planes fly in the sky of Libya, which can bomb whatever they want. Libyan planes are not allowed to fly.

But back to the "moderate opposition." If you agree to the use of this term, then you automatically agree that:

in Syria, there is a certain “moderate opposition” that cries for the country and wants good to Syria;
And since it is moderate, since it is opposition, and since it wants good for its country (some democratization and some reforms - with these abstract words, the West always covers up its plans to destroy or enslave peoples and countries!), Then the source of evil is in Bashar Asad. He is guilty;
So imperceptibly, the blame for the beginning of the civil war is shifted to the legitimate government of Syria, although it is obvious that no “opposition” can drive a regular Syrian army on the country's 1 / 5 territory for almost five years without outside help;
From recognizing, albeit indirectly yet, the guilt of Assad to supporting the demand for his leaving is one step. If, however, agreeing that there is some kind of “moderate opposition”, you refuse to accept the need to remove Bashar al-Assad from the authorities, they immediately start accusing you of supporting the “dictator”. If you support the "dictator" - then who are you? That's right - the dictator. So you fell into the trap that the use of the terms offered by the West initially carried.
Please note that you and I have not even dealt with the analysis of the first part of the term “moderate opposition”, showing that there is no difference between the supposedly “moderate” Islamists and the Islamists immoderate.

The term "opposition" is false, in relation to those who are fighting with arms against legitimate authority. This is not the "opposition" - it is the rebels.

Oppositions are those who, using the political field, using the appropriate legal methods, lead the POLITICAL struggle for their political goals. When a weapon is taken in hand, it is no longer the opposition, it is already rebels, gangsters, rebels, revolutionaries. You can use any other methods for them, depending on your likes or dislikes and depending on how legitimate you consider their actions to be based on international law. But this is definitely not the opposition, and there is no need to find out the degree of its “moderation”. The watershed is simple - the oppositionist with a ballpoint pen, with a microphone, with a computer. The rebel - with a gun or artillery gun.

Depending on this and countermeasures. If you struggle with political measures, then they “interact” with you in the same way. If you lead an armed struggle, then the opposition to you occurs by armed means. And the requirement not to use force against those who, with arms in hand, plunged their country into ruin and the blood that the West puts forward is a disguised desire to create an advantage for the rebels. To help them win, ultimately.

Therefore, the correct position in negotiations with the West will be as follows.

Syria is a sovereign state in which power was lawfully elected. With which for a long time dealt, including the West itself.

People who have taken up arms and are trying to overthrow the legitimate power are rebels. Negotiations with them, their participation in political life, are possible. But only after they lay down their arms and from the category of "rebels" really move into the category of "opposition."
And in general - you hear the term from Western politicians - be careful. In 99% of cases, it will carry the Trojan Horse of the information war.

Ctrl Enter
Noticed oshЫbku Highlight text and press. Ctrl + Enter
We are
About Stalin and KhrushchevThe path from the victim to the hunter
200 comments
Information
Dear reader, to leave comments on the publication, you must to register.