What events in Syria are silent Western media

November 18 2015
92
Western media did not report fights and de-blocking of the Kuwaireis airbase mainly because it is a turning point of the conflict in Syria. 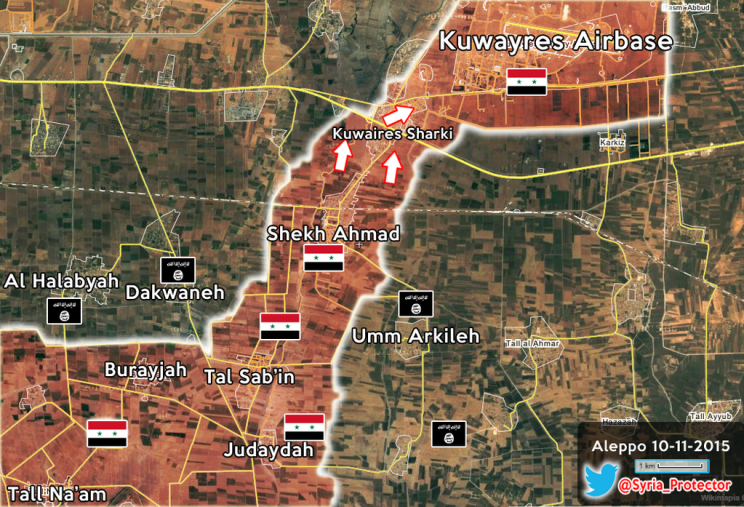 Although the size of the Kuveiris is many orders of magnitude smaller, its importance cannot be exaggerated. Under Kuvejris, the defeat suffered not ISIS, but US foreign policy, a policy that turned the vast expanses of the planet from North Africa through the Middle East and throughout Central Asia into smoking ruins. Kuwaireis was a key node in the Washington plan for overthrowing Assad and plunging Syria into the anarchy of a failed state.

Kuweiris airfield is located in the northwest of the country in the province of Aleppo. For 3 years he was surrounded by militants, while the military inside the base continued to resist, receiving supplies in the air.

Now this strategy has been thrown back, and it was not made by people with placards on the streets or politicians calling for peace and prudence, not diplomats at the "talkative" at the UN, who de facto turned into a stamp, whose imprint stands on US aggression.

US policy has been thrown back by Russian planes, heavy artillery, armored vehicles and highly motivated, stubborn ordinary soldiers of the Assad army, who put their country above personal safety. 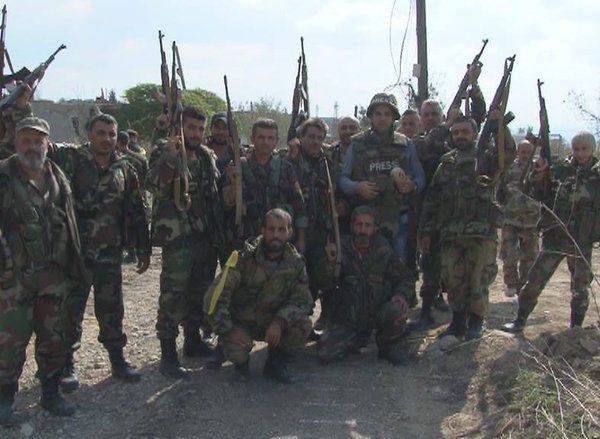 For 15 years, the United States ruled the world by force weapons. But it turned out that other nations also have weapons, and they are ready to use them. Here is the meaning of the Kuveiris

Other countries have refused to accept the model of global world turmoil, in which one country is unilaterally arming, preparing and sending obsessed jihadi psychopaths to achieve their narrow geopolitical goals. 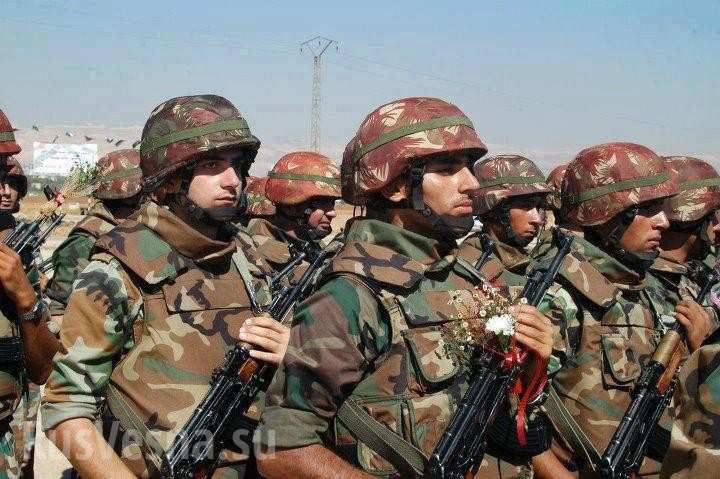 Having lost a large number of personnel in previous battles with the Deir ez-Zor garrison surrounded by militants, the militants intended to take revenge and with a sudden blow to do away with the CAA troop grouping, which, as a splinter, prevents the IG from domination in the region.

But it was not there. Assad's paratroopers from the 104 Brigade of the Airborne Forces stood in the way of the enemy. In a fierce battle that lasted a whole day, the paratroopers gave a fitting rebuff to the militants. 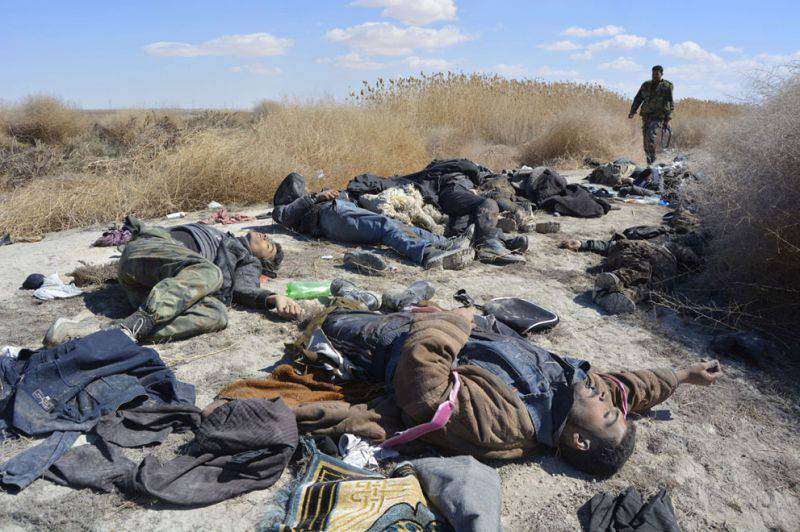 According to the 104 Brigade of the Airborne Forces WG CAA, in a bitter battle, over 900 militants were destroyed during a fierce battle. No wonder, after all, the people of Syria fed their landing party and army.

From the outside, the Syrian special forces launched an offensive against the blockade.

Almost a week aviation Russia was piercing a corridor through the fortified terrorist area, in mountainous terrain, on the prevailing mountain peaks, in 3 years the IS erected an entire “Mannerheim Line”. 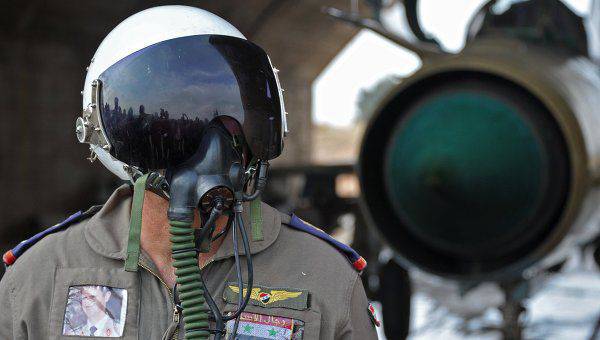 After the release of the Tigr Special Forces brigade of the Syrian army at a distance of 2 km to the airbase, it became clear that no one would stop her release. Forces of the Syrian special forces "Tiger" managed to break the siege militants and unlock Kuwaireis airbase that lasted for almost three years. The Syrian army entered the territory of the air base. 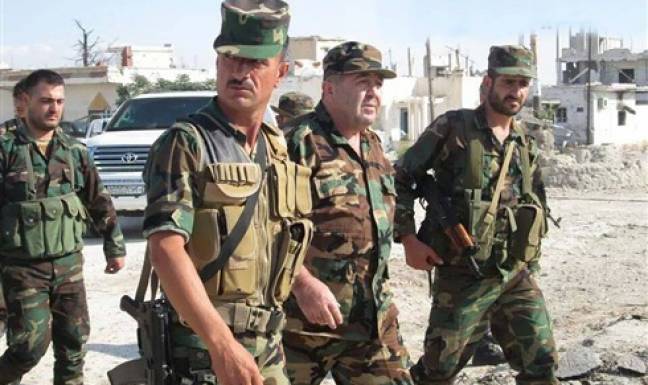 In the foreground, Colonel Suheil Al-Hassan, Commander of the Tigr Special Forces Brigade

Last week, with the support of Russia, the Syrian army took big steps towards ending Washington’s madness and reversing the project to destroy Syria.

As a result, Washington is forced to reconsider its approach and take into account the rapidly changing situation.

During the 40 days since the beginning of the Russian military operation in Syria, the Assad forces managed to recapture an impressive territory, another month or two, and the IS will collapse completely.

Western media is silent about the successes of the Syrian army on the orders of Uncle Sam. 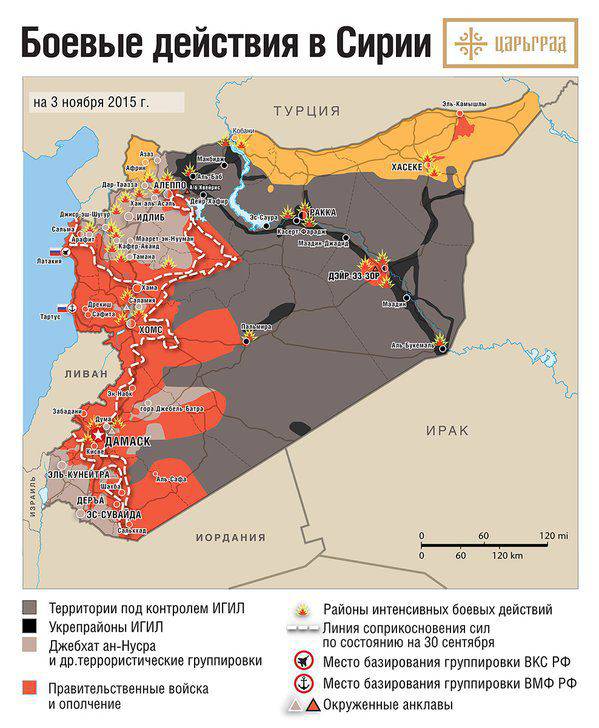 Ctrl Enter
Noticed oshЫbku Highlight text and press. Ctrl + Enter
We are
A great interview with Sergey Lavrov: about Ukraine, Obama and IranThe importance of the Victory Parade in Russia is being questioned
92 comments
Information
Dear reader, to leave comments on the publication, you must to register.