November 12 2015
67
The old Latin expression reads: "Tempora mutantur et nos mutamur in illis". Times change, and we change with them. But, as practice shows, "mutants" continue to exist in all the "tempo" for which these rules are not explicitly written. 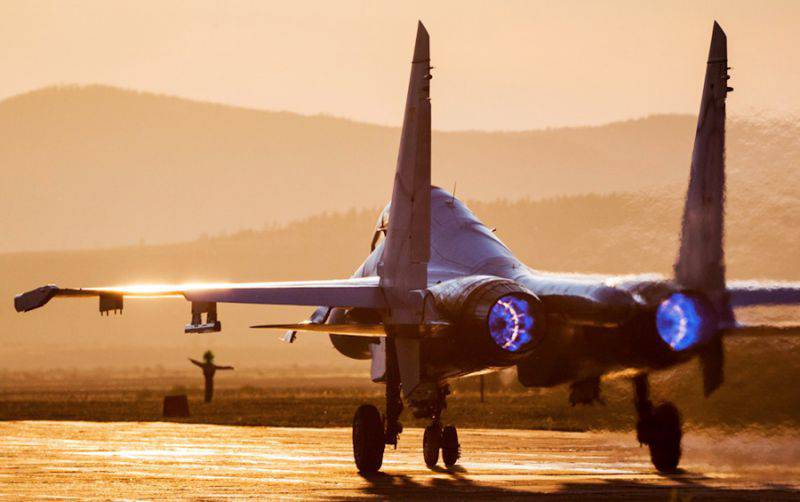 Nothing else can be described a number of articles published by our "partners" there, overseas.

The American edition of "The National Interest" ("National Interests") in the person of its military editor Dave Majumdar is convinced that the power of Russia, demonstrated in Syria, "is an illusion." He painted everything so gloriously in his work “Not so scary: That’s why the Russian military is a paper tiger” that any American who is interested in national interests is simply obliged to sleep well.

Of course, this is quite logical, especially when it comes to Americans. They live in America, not in the Middle East. There, here with Dave, a folk from ISIS and other entities, most likely, would have disagreed. And in America - quite to yourself.

Dave argues that while some parts of the Russian armed forces are rapidly modernizing, other forces are still forced to rely "on sick and poorly trained conscripts" and "old apparatus", which has remained in the heritage of Russia since Soviet times.

What is the "old machine", inherited by inheritance, I imagine badly. And Dave doesn't explain. Whether we are talking about the Ministry of Defense apparatus, or about the recruiting apparatus. But here's a song about "sick and poorly trained" recruits ... Apparently, Dave is not so happy with the Internet. Or with the ability to use it. It is clear that a picture with crowds of skinny, crooked and lame draftees, whom evil guys in shoulder straps are being kicked into wagons with kicks, is immediately drawn in the brains of the local man in the street.

Old song, oh, how old. That, you know, not even blamed. This is a gramophone for 78 revolutions per minute.

In the first years after the collapse of the Soviet Union, Dave believes, the Russian armed forces "have reached the bottom". The production base disintegrated along with the country, and the Russian leadership, right up to the beginning of the “zero,” only declared the reform of the armed forces, essentially doing nothing. The result was “two disastrous campaigns in Chechnya” and an “awkward operation” during the Georgian conflict in 2008.

More similar to the work in the style of "that the author smoked." Exactly two thirds. If the First Chechen, I agree, was an absolutely disastrous campaign, then by the beginning of the second, we had to work on the mistakes. And the formidable militants realized that they are quite mortal. And even began to prefer the shame of the captivity of heavenly life in heaven. Significantly, Mr. Majumdar, is indicative.

It is clear that he did not have time to just look through the pages with photos of Chechnya. There are still gangs sitting there and shaking tribute from Putin. Anyway.

But with the "awkward" operation to sensitize Georgia - yes, from the point of view of a military man, it was awkward indeed that it came out. They could have taken both Tbilisi and the whole of Georgia. What was there before Tbilisi? Of course, to prove to Mr. Majumdar that we have not dreamed about this whole Georgia for a hundred years is useless.

On the other hand, who would say. Is everything perfect in Libya? In Afghanistan? In Iraq? Or, in order for Dave to recognize the operation to incriminate Georgia as successful, must Saakashvili be hanged? With broadcast on all news channels? Well, yes, it was necessary. But here we are, good ones. Do not hang. So now, the operation is no good? Come on...

After the Georgian conflict in 2008, Russia began the modernization of individual units of its army. However, the transition "to the new model" was carried out in "small portions". “Even now, most of the forces fighting in Syria use modernized equipment from the 70s,” said Majumdar.

Oh-ho ... woe to us is bitter. Of course, in the US Army all the equipment used is from the 21st century. Especially Abrams. Especially Bradley. Especially the F-15 and F-16. Everything is so new and advanced that you can envy. Well, yes, we are not so advanced. We do not have blacks in Russia. Therefore, automatic loaders in Tanks set.

"Russia's industrial defense base continues to be in a ruined state." Russians are far behind in key technologies for creating high-precision weapons».

Only for some reason, our missiles fly one and a half thousand kilometers, and get to the right place. And the advanced weapons of the United States - where the curve will take. And it would be okay to poke your nose into Yugoslavia, but what happened in Afghanistan? Oh yes, imperfect coordinate system and errors. Well, yes, who does not happen. Then why cry about our "inaccurate" weapons, if your own flies like a god for the soul? Of course, the point of view of the American man in the street is clear. "Curve and inaccurate" Russian rocket instead of a strategic point may fly to Dave's house. Yes, scary. But nothing can be done, aspects are.

“Shipbuilding is another weak point. Russia does not have the opportunity to build large ships, ”the author is sure, adding that outdated methods are being used to create weapons.

Here I have sentenced something ... We do not have factories, it turns out where large ships can be built. Excuse me, what about the Baltic Shipyard? Or the “Eagles” that were built there, is it something like a corvette? It is clear that the main essence of the article is to reassure the American man in the street. Like, these Russians won't do anything to us. But not so embarrassing, right ...

With regard to the recently demonstrated new weapons, such as tanks "Armata" or new attack aircraft and fighters, then in this matter the author is skeptical. According to him, the units that came into service are so small and unimportant parties, “as for a boutique”. As for the development of three new types of aircraft, it is not clear to him how “such expensive programs” will be financed. In Syria, says Majumdar, “only a handful of precision weapons” are used.

Well, let's start with the fact that Syria uses exactly as many weapons as necessary. This is an American style - to drag a mountain of technology through half the world, break half of it, and then drive it back. Or donate local. For uselessness.

As for the new weapons for the "boutique" ... Good. Yes, Armata will be released in proper quantities in years through 5-6. So what? And besides T-14, we have nothing? That is, about 700 T-90, 3500 T-80 and almost 10 000 T-72 of all modifications - this is where you go? This is more than enough to turn all two and a half thousand "Abrams" of the US Army into scrap metal if necessary. And it will remain to roll the whole of Europe into a pancake.

And about the planes. Yes in aviation we have work - no end. But who said the situation is better in the US? Today, only such an inveterate optimist can speak of the advantage of the US strategic air forces, for which the B-52 is still a modern aircraft. PAK-FA is the aircraft of the future, but the Su-30, Su-34, Su-35 and MiG-35 exist today. And, as Syria shows, they exist quite effectively.

“Of course, Moscow will continue to modernize the military forces, but the military power of the Russians, except for the nuclear forces, is an illusion. This is a paper tiger, ”concludes Majumdar.

What can I say? If the military editor set his goal to reassure his fellow citizens, the task was probably accomplished. Americans can sleep well. And not even because the author of the opus could be right, no. Americans can be calm, because no one in our half of the village aims to capture America and enslave the freedom-loving Americans immediately. But the main point is not the point.

The basic meaning is deeper than it seems at first glance. In the US media, there is definitely a certain discord and inconsistency. That "Russian go", and no matter where and why, cut the Internet cables in the ocean or place rockets in Venezuela. The main thing - go. On the contrary, they do not go anywhere, because they have nothing to go. All that scraped the barns, sent to Syria.

And on this occasion, you can only say one thing - guys, you would have decided, in the end, to be smart or beautiful. By the way, the date indicated in the material by Majumdar (2030 year) as the term for the rearmament of the Russian army is not too close. 15 years is, of course, a bit. If you break. But today we are definitely building ...

Well, the song "We will not catch up" performed by Dave Majumdar is frankly not bad. But as old as it is old. We should still think about updating the repertoire.

I don’t know how much paper tiger will be in 2030, but a bear can be quite real. So, I want to order the song "But don't rush to bury us" specifically for the military editor of "National Interests" ... 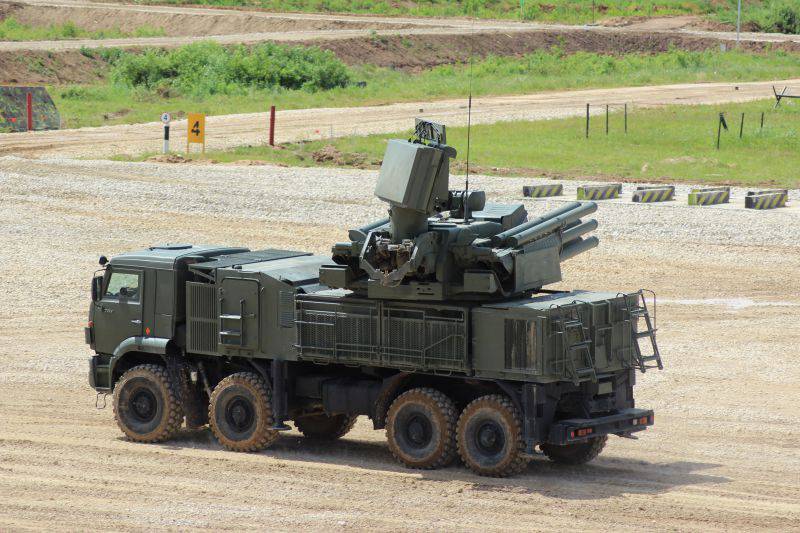 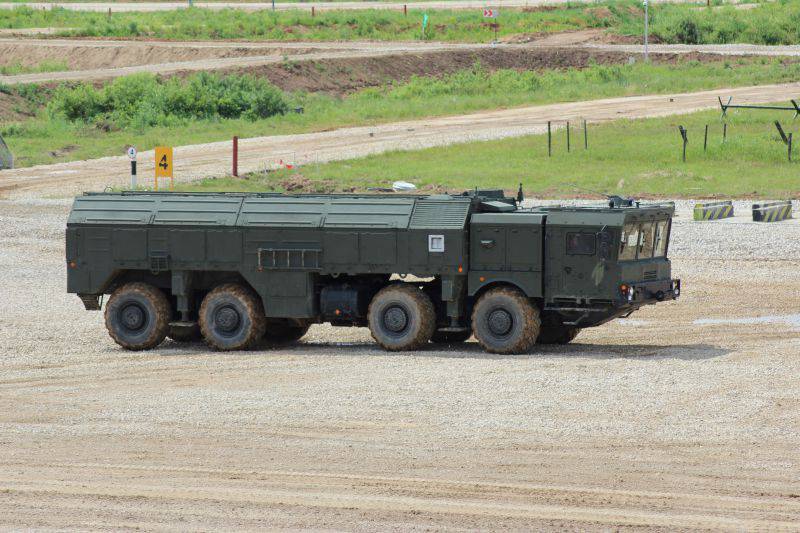 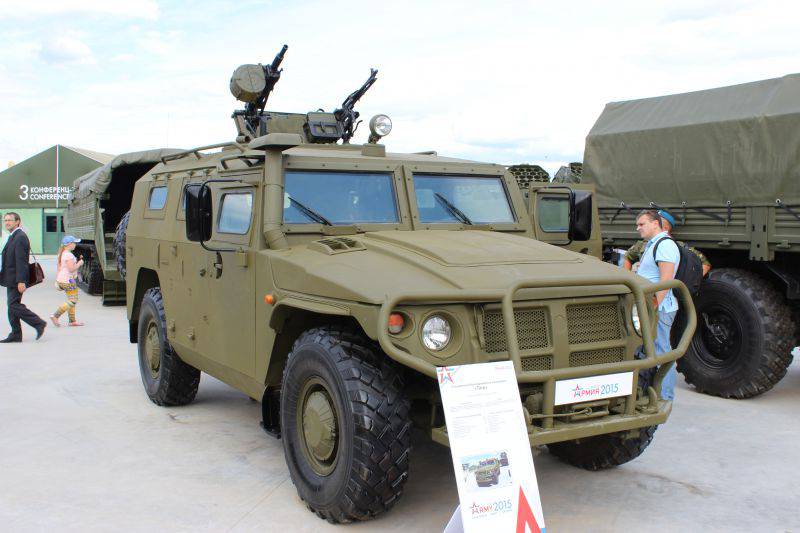 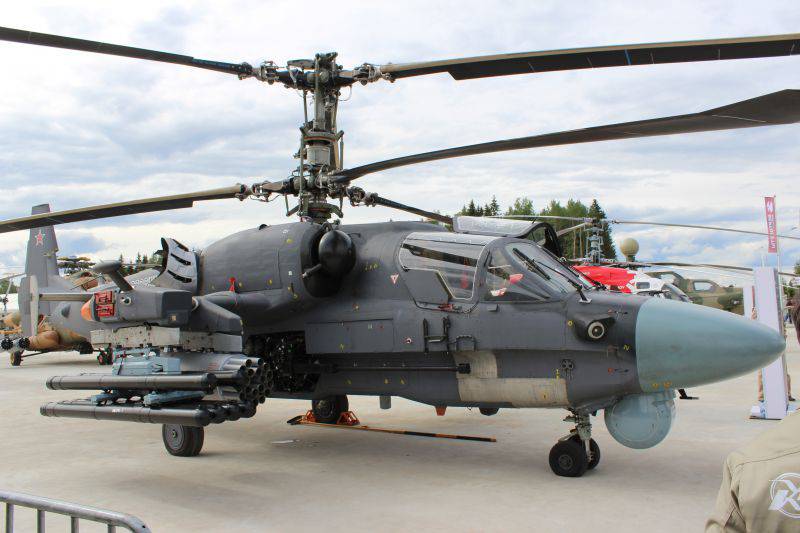 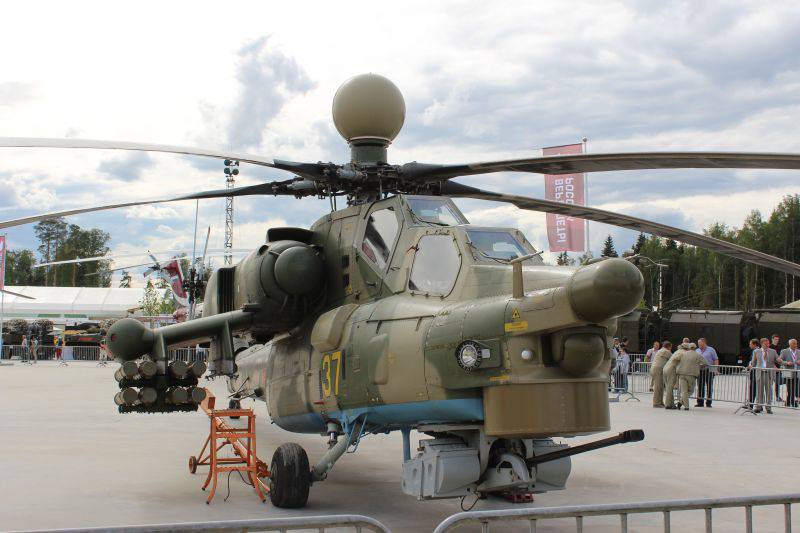 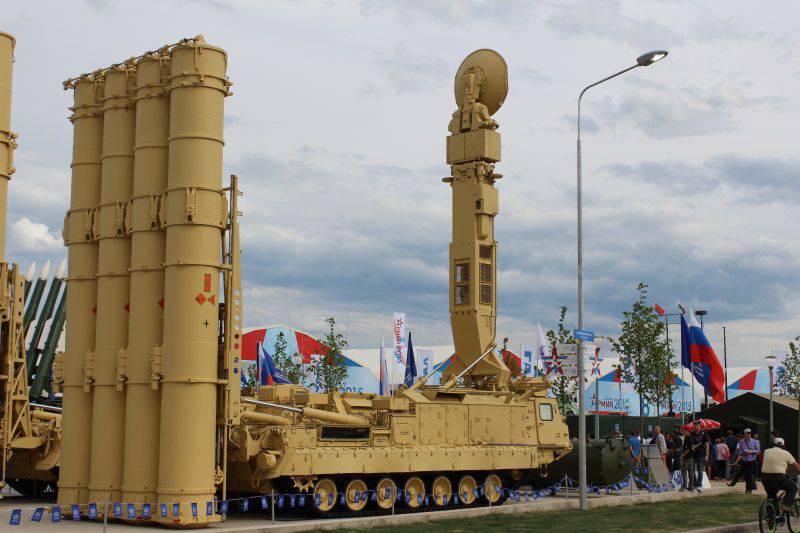 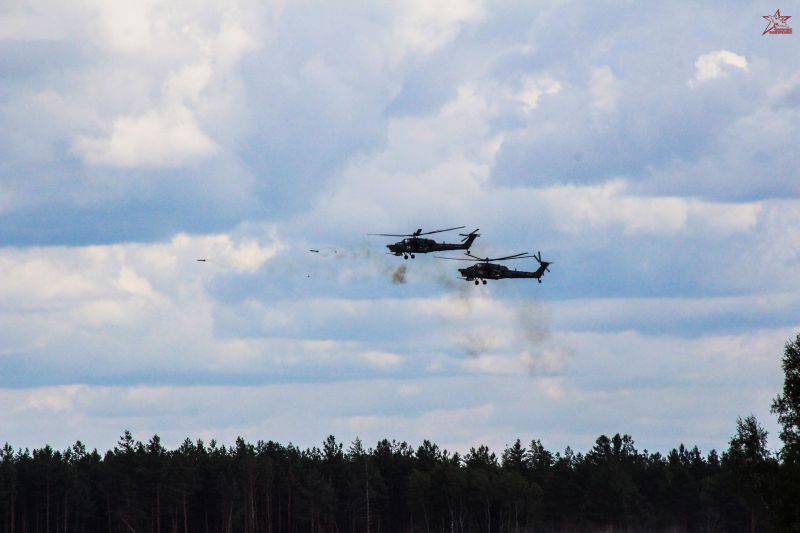 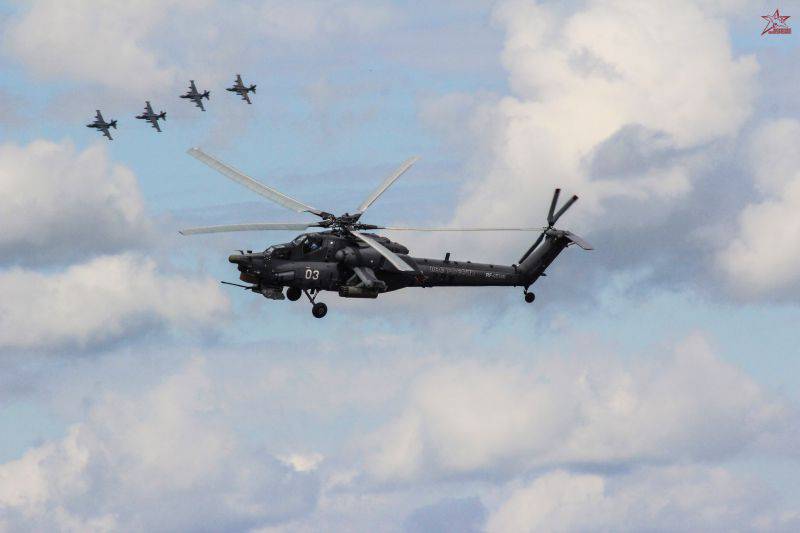 Ctrl Enter
Noticed oshЫbku Highlight text and press. Ctrl + Enter
We are
The National Interest: this is why the Russian army is a paper tigerResults of the week. "This is not for you ..."
Military Reviewin Yandex News
Military Reviewin Google News
67 comments
Information
Dear reader, to leave comments on the publication, you must sign in.