Between war and capitulation

November 3 2015
69
Just a couple of weeks ago, the situation in the South China Sea was considered relatively calm, but everything changed literally in one day. The entry of a destroyer of the US Navy into the waters that the PRC considers its own is a precedent, and its repetition is unacceptable for Beijing from the reputational side. Washington, in turn, will seek to prevent another case of unauthorized redistribution of borders. Yes, China, of course, is also not holy, and the islands, because of which a scandal erupted, he himself seized weapons less than thirty years ago, but in this case it was the United States that went to a conscious aggravation. In fact, the conflict unfolding before our eyes clearly demonstrates how China’s hopes of sitting apart on the side of 2020 have collapsed, while Moscow and Washington are holding military shows in different regions of the world. The Americans strongly reminded the main economic and geopolitical competitor that they had not forgotten about him and did not intend to let him down. 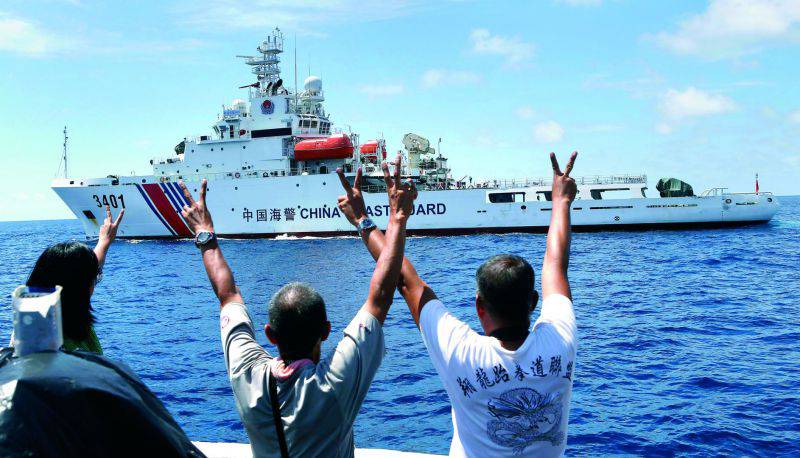 “If the US continues such dangerous and provocative actions, there will be an extremely dangerous situation between the armed forces of the two countries in the sea and airspace, which can even result in the use of weapons,” said the head of the Navy of the People’s Republic of China, Shengli. His words should heed. The fact that for the United States is a banal demonstration of power, for Beijing it is a matter of principle. But the principles of the true masters of geopolitics do not trade even for the most insane commercial benefits. Since the US military has already announced the continuation of actions on the non-recognition of Chinese sovereignty in the South China Sea, events can develop only in a few fairly predictable scenarios.

The first scenario: "The last Chinese warning." China does not take any action, confining itself to verbal warnings, and the Americans, and after them all the others, begin to consciously violate the “forbidden zone”, demonstrating their contempt for Beijing. Just a couple of weeks of water, which China considers its own, will turn into a passing yard, which can be corrected only by a total shooting of violators. The image of the Chinese leadership in the international arena and, worse, within the country, will be significantly affected. And this, given the falling economy and the discontent of citizens with social inequality, can have the most unpredictable consequences.

Scenario two. "Limited Answer." Aircraft and ships-offenders are attacked by Chinese border guards. The move is logical, but dangerous, because no one recognized the Chinese sovereignty over the Spratly Islands, which means that, formally, we are talking about the attack of one state over neutral waters - casus belli in its purest form.

Scenario Three. "War of Intimidation." Both the first and the second scenario can result in the third, which can be considered as a “war of intimidation”. Its essence is that the PRC will risk engaging in a limited maritime conflict over the possession of islands with one of its neighbors, most likely, Vietnam. For example, one very sensational article in the Runet “Six wars in which China should participate in the next 50 years” suggests such a path.

The fourth scenario is China’s “total war” against Malaysia, Brunei, the Philippines, Vietnam and Taiwan (against the latter only on the Spratly Islands), with the seizure of the entire region. In miniature, this is a repetition of the Japanese 1941-1942 path, but with its own amendments. On the one hand, the People’s Republic of China can take away all the disputed wrecks by direct invasion, on the other hand, there is a high risk of intervention by countries that are not directly involved in the dispute: Singapore, Japan and, of course, the United States.

Often comparing the possibilities of China and the United States at sea, Russian and foreign “experts” show their flagrant illiteracy. Like, the United States has 11 aircraft carriers, and China has only one, and so on. And they conclude that the Middle Kingdom has no chance. This is mistake. The Second World War and the Falkland War have long shown that it aviation provides dominance over the sea. China in a specific geographical region can put an order of magnitude superior to all imaginable air armada, which will take off from continental and island airfields. Already, the PLA Air Force has more than 3000 modern aircraft, and another 700 are part of naval aviation. Back in June last year, the US Department of Defense announced that Chinese aviation was modernizing at an unprecedented pace. And this is not to mention the anti-ship ballistic missiles DF-21D. Another absurdity is to say that China will not go to conflict because, he says, he’s not ready enough for war. History He knows a lot of examples when it was necessary to fight and win a country that was completely unprepared for war. Just because she was forced to fight. 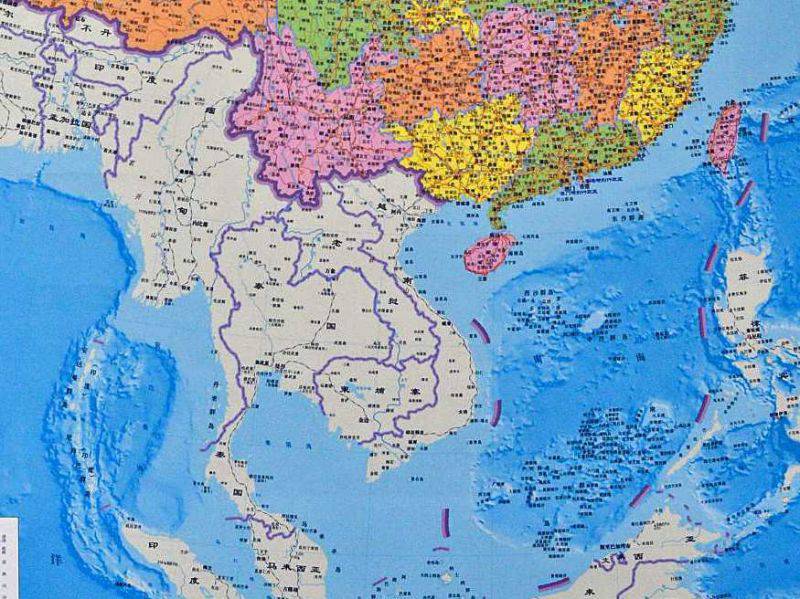 Now both sides are kept from escalating only fear. Fear is not a nuclear war, which is hardly possible in the 21st century, but the fear of uncertainty, to which a conflict of this magnitude will inevitably lead. The United States with 1945, openly did not fight with a country comparable to them in power, and with so economically developed as China - never fought at all. China, in no way, can recognize its strength and begin to use it, since the price of defeat may be high.

While the situation is not happy. It is possible that the US naval provocations will eventually put Beijing on the same choice that 75 faced Tokyo years ago. Namely - to capitulate or fight. And China is definitely not going to capitulate.

Ctrl Enter
Noticed oshЫbku Highlight text and press. Ctrl + Enter
We are
Pacific Front: Conflict in the South China Sea and the Korean PeninsulaStrangulation: the context, conduct and consequences of the American naval blockade of China
Military Reviewin Yandex News
Military Reviewin Google News
69 comments
Information
Dear reader, to leave comments on the publication, you must to register.