Russians opened their eyes to the West

October 22 2015
39
It is not harmful for someone in the West to re-read books on stories - for example, from the Cold War era. Recall the frantic anti-Soviet propaganda, which reiterated the Bolsheviks' planned aggression against peaceful America, about the plots in the course of which the pious capitalist, going to church and giving to the poor cent-another, is spied on by the bearded atheist in his budyonovka. Who is going to believe in these fantasies? But doesn’t something like this in the West today? However, nostalgia for the Cold War seems to be waning. 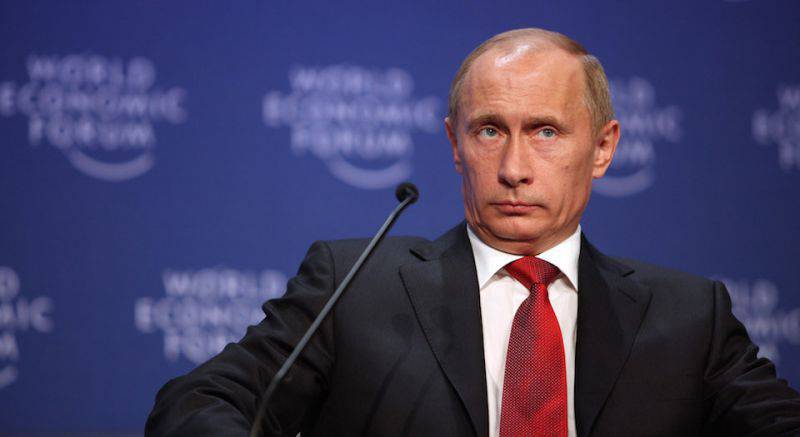 Publicist and lecturer at the University of Leicester Tara McCormack (Tara McCormack) in the UK online edition "Spiked" she advised Westerners to look around and recall the propaganda of the Cold War — alarmist posters or films in which huge forces attacked America or in which secret agents roamed the US in droves. Very few people today are able to believe the propaganda of those days. In retrospect, it is easy to understand that it was designed to create an atmosphere of fear inside the country and to get the support of the people for foreign militaristic expansion.

Much the same. The publicist “depresses” how weak the “critical abilities” of other “parrots” are when it comes to foreign policy. Since the beginning of the Ukrainian crisis, the British media seems to have died of critical ability and ordered a sense of proportion to live long. Even clever analysts and commentators can no longer be considered as such, since they "have forgotten the lessons of the Cold War."

The British media have surpassed themselves, writing fiction about Russian airstrikes in Syria. Everything is from idiocy to lies. This "strikes" Tara McCormack.

The Times cried a few weeks ago: “Putin is challenging the West!” What is it? Obviously, Putin has forgotten to explain that Russia's foreign policy is now controlled in Brussels and Washington, the author sneers.

The motives for Russia's actions in Ukraine and Syria are well known. Do you know why? President Putin simply took and told the West about his intentions, the columnist writes. The fact is that Putin does not hide his intentions. Yet Western media outlets ... never report it.

They do not report about the other. British media, for example, “completely ignored the disastrous consequences of Western intervention in Syria,” McCormack said. The West is attempting to bomb the positions of the "Islamic State" - and right there it supports the jihadists from the "Al-Nusra Front." Where is the press coverage of the “completely useless, dishonest and erroneous Western campaign in Syria”?

In fact, it was the West that turned out to be a destabilizing factor in all world affairs since the Cold War, a journalist believes. The Western world says a lot about the "prejudices" of the Russian state-owned media, but the Western media would be better to take the logs out of their eyes.

Some analysts have already got rid of logs.

Stephen Lee Myers and Eric Schmitt (Steven Lee Myers & Eric Schmitt) in "The Times of India" The Washington material notes that the strikes Russia inflicts in Syria have vividly shown both the Western intelligence services and military officials the course of transformation that the Russian army is under under President Vladimir Putin.

Present-day Russia demonstrates the ability to conduct operations outside its borders, using new weapons, tactics and strategy. Involved already and aviationpreviously not tested in battle, including the Su-34 fighter. Ships launched cruise missiles from the Caspian Sea over a distance of more than nine hundred miles. According to some analysts, these missiles are superior to US counterparts.

In a report to the European Council, the former Austrian army officer Gustav Gressel argues that Putin is pursuing the most rapid transformation of the country's armed forces, which had only been started since the 1930s. “Russia currently represents a military force that can crush any of its neighbors if it is not supported by the West,” writes Gressel.

By delivering devastating air strikes against IS and USA-funded rebels, the analyst writes, Russia was at the center of the Syrian chessboard. In addition to the obvious advantages, which include the support of the secular government of Bashar Assad and the exposure of American assistance to terrorist groups, there are six strategic effects from the hostilities of Moscow.

The impressive work of the aircraft from the "Sukhoi" in the Syrian sky made these planes a desirable commodity on the international arms market. Both Su-34, and Su-24, and Su-25 showed themselves. They did a “fantastic job,” the author believes.

Of course, the Su-24 is “time to retire”, but the Su-25 and Su-34 tandem may turn out to be a “hot novelty” that air forces around the world will want to buy.

Yes, and cruise missiles that can penetrate to the most "deaf" shelters of terrorists are also likely to become more popular.

Holiday for Russian intelligence. As the author notes, after the appearance of “Su” in the sky of Syria, the US Air Force ordered its fighter pilots to stay away from the areas where the Russians work. At the same time, proximity to areas where Americans operate allows Russia “to gather valuable information about various American aircraft and NATO aircraft, including the F-22.” Such opportunities are provided quite rarely, and Russia's military intelligence should "have a lot of fun."

The Russians put an end to the IG oil trade. Militants can no longer sell oil stolen from Iraq and Syria, the author said. This oil went to the black market at the price of 10 $ per barrel. Its true market price is about $ 47 per barrel. The export of oil required its transportation through pipelines to the coast. Obviously, "IG" was allowed to conduct the free sale of illegally produced oil: the terrorists were not afraid that NATO air strikes would inflict on them. One of this, the author believes, is enough to prove: “IG” received “some” protection from the American and NATO military.

Saudi Arabia no luck. Saudi Arabia has to "tirelessly produce oil." This strategy is aimed at weakening Russia, as well as Iran. According to the IMF, little will remain of the Saudi budget, and the monarchy will perish. Russia’s return to the Middle East along with Iran and Hezbollah is another nightmare for Saudi sheiks. It is possible that the Saudis will have to announce a reduction in oil production. The United States that has lost its face is no longer able to dictate the terms of Saudi Arabia.

Let there be light! Europe gets rid of blindness. Just a few Russian missiles made Europe see the light. Europeans are already saying that decisive actions by Moscow to neutralize the threat of "IG" is a good idea compared to what America has done. After all, by her grace, millions of refugees rushed to Western Europe. Germany and France are thinking of lifting the economic sanctions against Russia. The author concludes: the Russians are pursuing a policy of “cost-effective diplomacy”.

Caspian strategy. Launching cruise missiles from the Caspian Sea, Russia recalled that the Caspian was considered Russian for many centuries. Moscow made it clear that nothing has changed today. Missile launch is also a signal for the United States. Now Washington has learned: the Russian military has access to Iranian and Iraqi airspace. In addition, Moscow has designated the range and power of its cruise missiles.

It seems that the world media, which earlier used to scourge Russia for the "annexation of the Crimea" and "intervention" in Syria, are beginning to see clearly. Those who wish to wander in the dark are overtaken by poisonous criticism, the bright representative of which is Tara McCormack, who defeated the “idiotic” British press: “parrots” repeating the same thing to please Cameron.

Western politicians and media that continue to attack Russia's position on Syria are categorized as irresponsible, who "have died of critical ability." Their statements and articles are addressed to simpletons who are accustomed to living with one political brains, filled with the thought of "aggressive" Russia.

The West, under the leadership of the United States, supplied the opponents of the Assad government weapons, equipment, money and providing propaganda support, finally recognized the failure of its policies in the Middle East. No wonder the Western experts began to ridicule the "moderate opposition", calling it "elusive." Harvard University professor Stephen Walt, who wrote an article for the American magazine "Foreign Policy". The United States failed to detect the "politically correct" Syrian rebels, these "eternally elusive moderates", with the result that the US long-term strategy in Syria remained vague. So is it any wonder that Putin’s actions look “bold and decisive,” the professor points out, and Obama’s policy confused?

It can be stated that the so-called strategy of controlled chaos, implemented by the United States in the Middle East, has failed. Conversely, the actions of Russia, which supported the legitimate president of Syria, were legitimate and effective.

We are in Yandex Zen
Results of the week. "Who you are lucky, in fact, and will carry a cock, and such a bird as you, I, too, will rush!"
Results of the week. “Russians, surrender, we are a horde!” - “And us - army!”
39 comments
Information
Dear reader, to leave comments on the publication, you must to register.