October 8 2015
191
In the West, they write about how the Russians “fired” Syria from the ships of the Caspian flotilla. In fact, cruise missiles were attacked by terrorist targets from the Islamic State. However, in the Western press there are headlines one more beautiful than another. The ball is ruled by propaganda, and the American or European reader begins to think: Russians are attacking again ... None of these readers already remember who was eager to attack Syria for real. And even more so, no one remembers who bombed Libya. 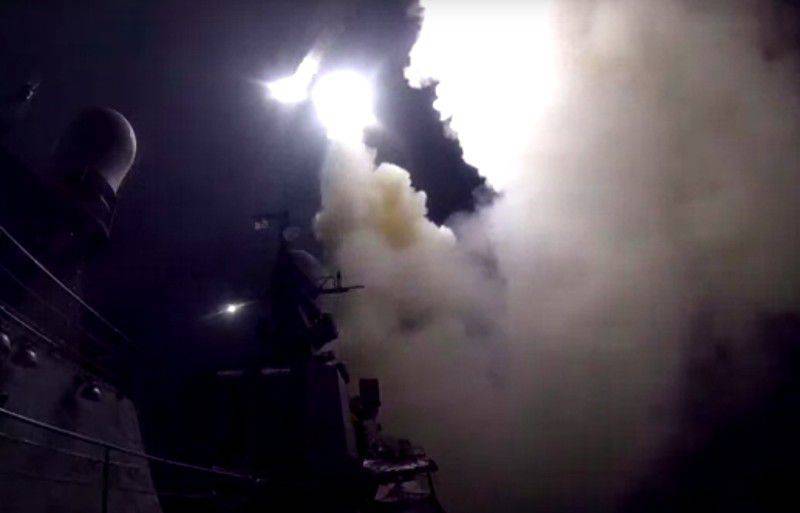 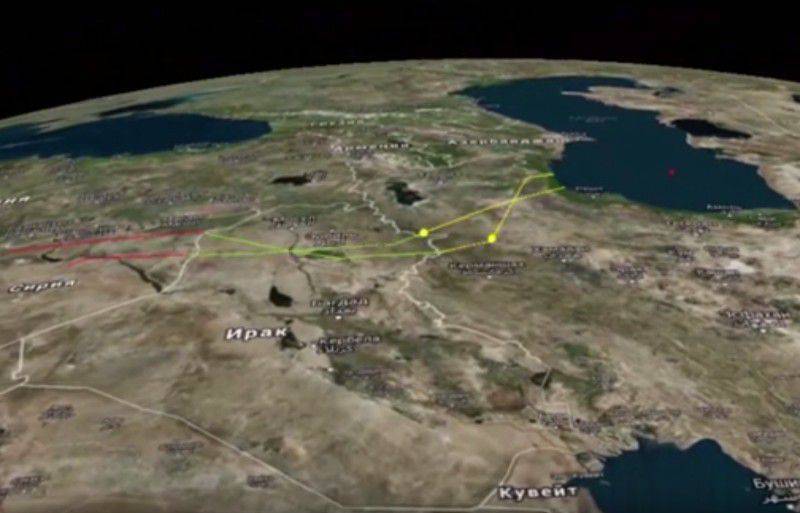 Video frames: Ministry of Defense of the Russian Federation

What the reader might think? Russians are preparing to seize Syria? How to bomb - and make an "annexation"?

In the first paragraph, the situation is clarified: “The ships of the Caspian Flotilla of the Russian Navy delivered an attack on 26 with cruise missiles at the Islamic State terrorist group in Syria on Wednesday morning.

Who then blames “Freedom” for lying? The only question is how to submit the text. And it is served under the propaganda title. The title also contains a message to attract the attention of the public. And if the author or the editor is able to combine the message with propaganda, there is no price for them. So we read: "Russia fired on the territory of Syria ..." Shelled at the same? Fired. The territory of Syria? Yes. Can Svoboda write: “Russia struck at the lair of terrorists in Syria”? No, it cannot, because in this case freedom of speech will suffer.

Russia declares that it launched rocket attacks on the group of targets of the "Islamic state" in Syria from ships in the Caspian Sea, the English-language website reports "BBC".

According to Russian Defense Minister S. Shoigu, four warships fired 26 with sea-launched 11 cruise missiles, destroying them. There are no civilian casualties.

Russia claims to be focused on the destruction of "all terrorists," continues the BBC, but some of its air strikes, "reportedly," were inflicted on civilians and rebels supported by the West.

US Secretary of Defense Ash Carter spoke. According to him, which leads the television and radio company, the coalition forces leading the fight against terrorists in Syria, will not cooperate with Russia. “We believe that the Russians are implementing the wrong strategy,” he said. - They still hit targets that don't exist. We think this is a fundamental mistake. ”

Russia's decision to attack with cruise missiles, which the Kremlin claims is the goal of ISIS in Syria, represents a “new turn to Moscow’s growing involvement in a crisis,” according to Bi-bi-si. According to the observer, sea cruise missiles have long since become weaponswhich prefer to use the United States, carrying out interventions abroad. Russia is probably trying to “demonstrate” that it has the full military right to use funds from the “superpower” arsenal.

CNSNews.com writes that the Russian military campaign in Syria came to a "new turn" when four warships fired 26 with cruise missiles that the Russian Defense Ministry called the targets of the "Islamic State". Correspondent Patrick Goudinaf (Patrick Goodenough) notes that observers continue to argue: most of the goals for which the Russians had previously struck airstrikes, are associated with the rebels, and not with the IG.

This is reported in the first paragraph of the article. And only then the journalist cites the words of Russian Defense Minister Sergei Shoigu, who reported to President Vladimir Putin that all the IG's 11 targets had been destroyed and that civilian objects were intact.

Further quoted are the words of Putin, who said that strikes using high-precision weapons from the Caspian Sea, from a distance of about 1500 kilometers, testify to the good preparation of the Russian defense industry and the high professional skills of the military.

Then the author of the article turns to the global “concern”. The United States and NATO "expressed concern" about civilian casualties from Russian air strikes. The organization Physicians for Human Rights (Physicians for Human Rights) reported that last Friday and Saturday three medical facilities in Syria were hit by Russian air strikes. It is also alleged that since the beginning of the civil war, "documented" more than 300 attacks on medical institutions and the death of 670 medical workers, and "90 percent of them are associated with the Syrian government forces."

Further cited the statement of the Press Secretary of the US Department of State, John Kirby. This person at the daily briefing stated that “more than 90% of the blows that we have seen so far were not against IG or terrorists affiliated with Al Qaeda. They were largely directed against opposition groups who want a better future for Syria and do not want to see the Assad regime in power. ”

Finally, Turkish Prime Minister Ahmet Davutoglu said that only two of the 57 Russian air strikes were directed against IG, while the rest were addressed to opposition groups, which themselves fight with IG in northwestern Syria.

This article ends. What conclusion readers of this material should make is easy to guess. Russians are evil, aggressive, destroy medical facilities and support the tyrant Al-Assad, who is fighting against those who want "a better future for Syria." Americans cannot agree on anything with such bad Russians, because Americans are good.

The aforementioned analyst foresees in Syria a "terrible bloody massacre", "tens of thousands" of those killed. The expert foresees “consequences for Europe”: there will be “even more refugees”.

The newspaper summarizes: under the cover of Russian air strikes, the Syrian army conducts "ground attacks on the positions of the rebels."

Matthew Rycroft, the British ambassador to the UN, said that Russia, helping Mr. Assad in Syria, would only strengthen IG with its actions and force many Sunnis in Syria to join the extremist group. He added that anyone who looked at the map would see that they (Russians) beat mainly according to the “moderate opposition”, while these people, in the opinion of the West, “should become part of the future of Syria”.

The position of the West is clear:

1) Russians support Assad and strike not the “IG” terrorists, but the “moderate opposition”. The Syrians from the Assad army are now attacking the same opposition;

2) US-led coalition forces will not cooperate with Russia, because "the Russians are implementing the wrong strategy" and are making a "fundamental mistake";

3) Russians use rockets to reach residential areas and destroy medical facilities. The Assad soldiers and doctors are up in arms;

4) is not at all Assad and his “regime”, but “moderate opposition”, striving for “better”, must “become part of the future of Syria”;

5) Syria faces a "terrible bloody slaughter", the result of which will be "tens of thousands" of those killed. Europe will get "even more refugees."

The latter, however, does not directly relate to the West: it is from the gloomy prophecy of Mr. Felgenhauer.

Recall that Pavel Evgenievich Felgengauer in 2008 year predicted the military advantage of the armed forces of Georgia in a certain conflict and predicted the “very heavy” losses of the Russian troops. Quote by Wikipedia: “There will be very heavy losses for the Russian troops and there will be thousandth losses, including ours aviation. You have to face a fairly serious Georgian air defense system. This is not for you to drive the militants in the North Caucasus. You must understand that you have to fight for the Ossetians and suffer very heavy losses. Otherwise, we must politically agree. I hope that now the fire will stop and the search will begin for Ossetia to return to Georgia. There is apparently no other option now. ”

Observed and commented on Oleg Chuvakin
- especially for topwar.ru
Ctrl Enter
Noticed a mistake Highlight text and press. Ctrl + Enter
We are
Results of the week. “Well, if you don't want anything else ...”Update the Russian Navy. In the gland. Part of 1
191 comment
Information
Dear reader, to leave comments on the publication, you must to register.