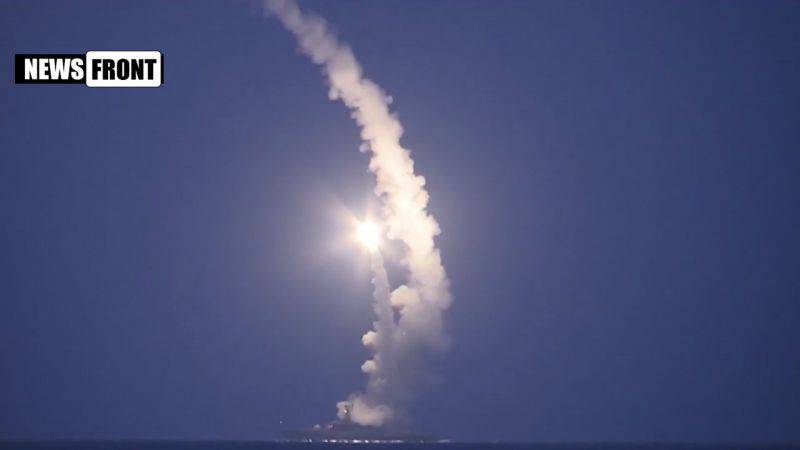 The operation of the Russian military space forces (VKS) in Syria, lasting for one week, every day surprises the public the news and new details. So, today a blow was inflicted on the positions of the Islamic State (ISIS) from the Caspian Sea with 26 3M14 cruise missiles, the Caliber complex. In fact, this was the first combat test of this latest Russian missile weaponry. But this is not the only novelty that is now undergoing a “run-in” in real combat conditions. The positions of the Syrian radical Islamists are a good natural testing ground for testing new Russian aviation, missile and high-precision strike weapons. Let us pay attention to several specific examples that we have witnessed.

For the Russian army, today's launch of the 26 cruise missiles 3М14 has become an unprecedented event. The missiles flew at least 1500 kilometers from the Caspian Sea to their targets in Syria. Interestingly, the characteristics of the Russian-made Caliber missiles have nothing to do with export options, exceeding them by an order of magnitude, although the exact tactical-technical characteristics are classified. According to various information, the maximum launch range of such missiles is 2500 − 2600 kilometers. Thus, in addition to the implementation of military objectives (much sense in the use of such weapons against targets that are not protected by the air defense system, if there is a large air connection nearby, Russia has also clearly demonstrated that it can deliver massive non-nuclear high-precision strikes at long distances. For example, the same 3М14 cruise missiles located in the Caspian Sea can strike even targets at Eastern Europe, not to mention the Middle East. What happened will be another signal for Saudi Arabia that it’s not worthwhile to support the Sunni radical Islamists in Syria and Iraq, and especially not to actively get into the conflict.

The newest Su-30CM multi-role fighter (for air cover of the operation) and the Su-34 front-line bombers are widely used in the VKS RF operation. Modernized "veterans" are also actively used - Su-25СМ and Su-25М2.

More: Russian forces in Syria: how and what will destroy ISIS

If the Su-25СМ was used as far back as August of the 2008 of the year, during the repulsion of the Georgian attack on South Ossetia, along with the Su-34 (on a very limited scale), then for the rest of the vehicles the operation against ISIS is its debut. In addition to solving purely military objectives, Russian aviation specialists will receive a large amount of information that will allow for the introduction of optimal adjustments to the design of aircraft through further upgrades. Along the way, judging by today's news, I managed to “dispel” the myth of the “super stealth” of American drones. According to FoxNews, the advertised MQ-1 Predator UAVs were intercepted three times today by Russian fighters (apparently, the Su-30СМ), which surprised the Americans very unpleasantly.

In addition, unmanned aerial vehicles are actively used, which is good news. It is possible to get a high-quality “picture” of any enemy target, including in the thermal imaging mode. The widespread use of UAVs in the Russian army is also akin to a novelty, so the experience of combat use is invaluable.

Su-34 bombers are actively using adjustable satellite-guided bombs (via the GLONASS system) KAB-500С, which have not been officially adopted by Russia, since the Ministry of Defense wants to get not a full-fledged bomb, but an upgrade package for standard free-falling bombs like the American JDAM which turns conventional ammunition into GPS-adjustable. Such an approach is considered more cost effective. However, the experience of using KAB-500С will be useful when creating an upgrade package for traditional free-falling bombs FAB-250 / 500 / 1500. The latter, by the way, are actively used with high accuracy, since the electronics of modernized and new aircraft allows the use of even free-falling bombs with sufficiently high accuracy, especially from low altitudes.

On the posted by the Ministry of Defense of the Russian Federation video with launches of 3М14 “Caliber” missiles, on the map, which shows the trajectory of the flight of missiles, over the Caspian Sea there is a point with the signature Tu-160. Thus, it is likely that the Russian strategic bomber also launched a certain number of cruise missiles. It could have been X-555 missiles — the White Swan’s main non-nuclear munition, or the newest X-101, the characteristics of which are secret (according to rumors, its maximum launch range reaches 5000 kilometers, while the X-555 has two times less) .

We are in Yandex Zen
Once again about medium-range missiles
Military reform as an integral part of the security concept of the Russian Federation: Systematic dynamic assessment
80 comments
Information
Dear reader, to leave comments on the publication, you must to register.