All the national apartments ?!

October 2 2015
19
There was a time of great empires united by iron and blood, and for the time being they were as strong as granite. But then something like this happened, and the peoples living in them began to scatter through the “national apartments”. Moreover, the nationalists of many countries carried out their struggle for the right to live separately from others weapons in her hands, apparently, considering that she is more efficient! 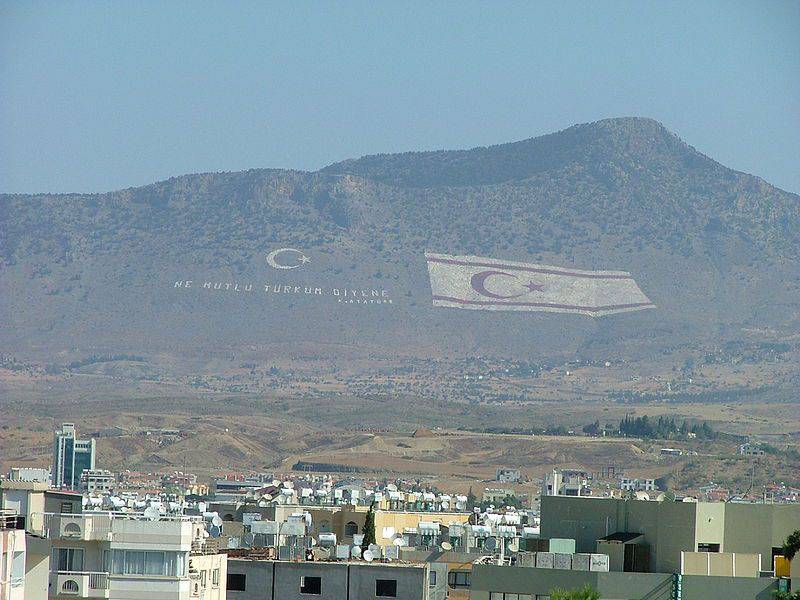 The flag of the Turkish Republic of Northern Cyprus is laid out right on the mountain.

“Separatists of the whole world - unite!”

In recent times, national groups such as Azerbaijanis in Iran, Achechs in the Republic of Indonesia, Bengalis in East Pakistan, inhabitants of the Shaba region in Zaire, various ethnic groups in the north-eastern part of India, Pashtuns and Balochi, have defended the armed struggle for the right to self-determination. in Pakistan, Sikhs are residents of Punjab, Kurds of Iraq, Iran and Turkey, Eritreans and Somalis of Ethiopia, but, moreover, also Somalis in Djibouti and Kenya, the non-Muslim population of Sudan, the Arab and Christian communes of Africa About the state of Chad, Karen, Mon, Kachin, Shani, Wa, Arakan in Burma / Myanmar, Saharan Tuareg Mali and Niger, Biafra people in Nigeria, Basques in Spain, Corsicans in France, Albanians in Serbia and the Republic of Macedonia, Serbs and Croats in Bosnia and Herzegovina, and, of course, the Irish in the UK, as well as the Abkhaz in Georgia, the Armenians in Azerbaijan, the Uygurs and Tibetans in China, the Russians and Ukrainians in Moldova, the Basques in Spain, and the Indians in the United States.

In fact, humanity is leading the most genuine world war with the masses of victims, the purpose of which was the same - to have its own statehood and to live seemingly independently of its neighbors. And the most interesting thing is that separatist movements very rarely achieve their ultimate goal, most often being content to grant autonomy rights to a specific group of the population. In addition to countries formed after the collapse of the USSR, Czechoslovakia and Yugoslavia, only Bangladesh, Singapore, Eritrea, and South Sudan could be mentioned as examples of such successful secessions. 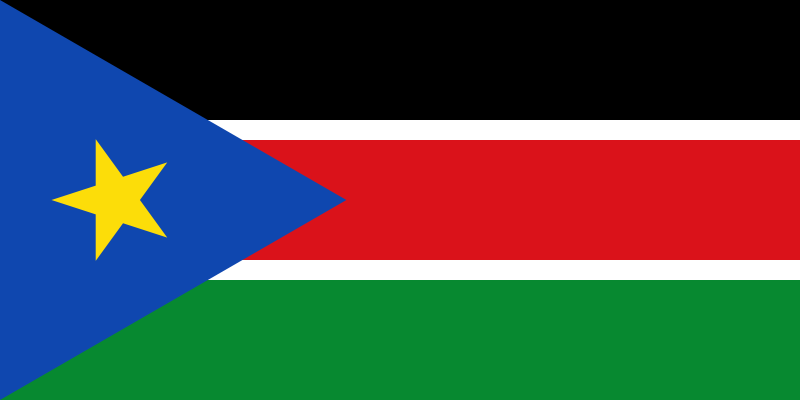 Separatists among the rich

However, are poor nations only seeking complete independence? No, separatism is by no means a feature of only one “third world”, on the contrary. Thus, in economically prosperous Canada, the Québec Liberation Front (fr. Front de libération du Québec, FLQ), an underground left-wing organization established in 1963, has operated for many years. She was in favor of the national liberation of the French Canadian minority from the power of the British and the creation of an independent republic of Quebec. The organization was most active in 1970 the year when its members kidnapped many well-known government officials, and even killed the vice-premier and minister of labor of Québec Pierre Laporte, which caused the so-called “October crisis” associated with these tragic events. Prime Minister Trudeau then had to impose martial law in the provinces and bring an army to the raids. And only when the leadership and the majority of the members of this front were arrested, this movement in its radical form gradually faded away. 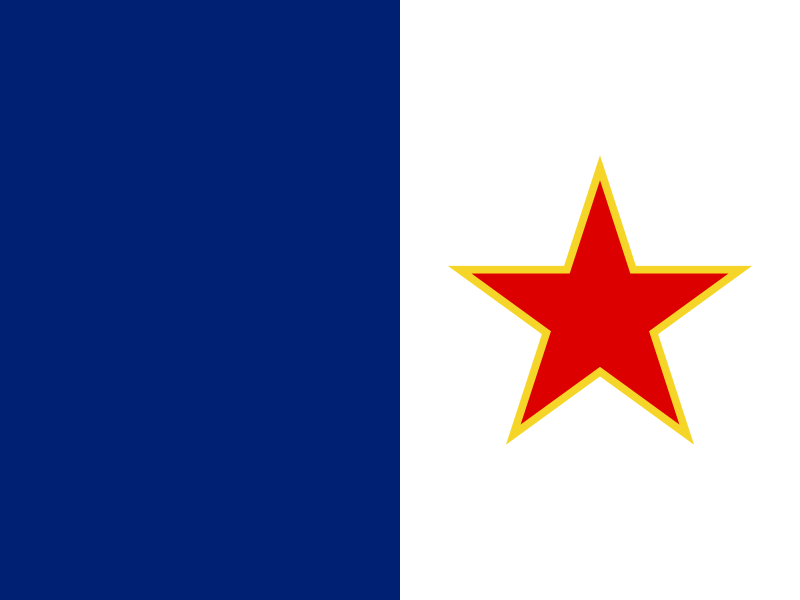 Flag of the Quebec Liberation Front.

IRA did not choose the means ...

About the IRA - the Irish Republican Army, probably, everyone heard. His history she leads from the Easter Rising in Dublin (1916) under the leadership of Patrick Pierce, when they first proclaimed the independent Republic of Ireland. Then completely despising the interests of the state and asking for help from Germany, which was at war with Britain, the Irish nationalists organized an armed uprising, and only an accident that prevented them from getting transport with German weapons did not give them the opportunity to succeed.

Well, the Irish Republican Army itself was founded in 1919 after the merger of the Irish Volunteers and the Irish Civilian Army. The first are the armed detachments of the Sinn Fein party and the heirs of the Fenian organization, and the second were created by the hero of the Easter Rising James Connolly "in order to protect the Irish labor movement." The IRA actively participated in the war against the British army from January 1919-th to July 1921-th year, and the most intense battles lasted from November 1920-th to July 1921-th. 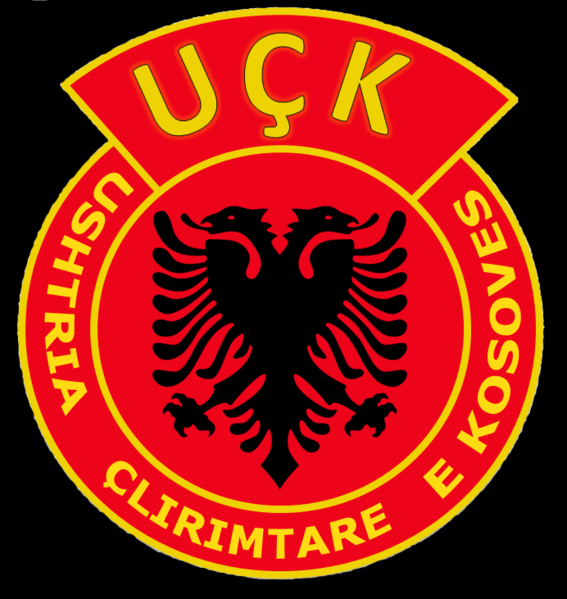 It is believed that the main supplier of arms and finance to the IRA was Libya, which in the 1970's and 1980's carried out large deliveries of weapons and explosives to Ireland. In the 2011, the British Daily Telegraph wrote about this: “For almost 25 for years, almost every bomb made by the Provisional IRA and the breakaway factions contained the Semteks explosive from the Libyan Party, unloaded on the Irish pier in 1986.”

The IRA helped, in addition to Libya, and the Irish from the United States, especially an organization like NORAID, but their assistance was significantly reduced after the events of September 11 2001.

21 July 1971 of the ill-fated "Bloody Friday" The Belfast Brigade "Provisional" of the Irish Republican Army carried out several explosions in Belfast, the victims of which were 9 people (2 soldier of the Ulster defense and 1 civilians), and the injured turned out to be 6 people. After that, the IRA bombs exploded in the UK with enviable regularity, and in 130, the “Irovtsy” made an assassination attempt even on Margaret Thatcher herself!

Flemish people have their own interest!

"On the continent" (as the English say), that is, in Europe, there are also similar organizations, and the first among them: the Flemish interest (nderl. Vlaams Belang) is no longer left, but on the contrary - the far-right party of Belgium, which stands for independence Flanders, a sharp restriction on immigration flows and the preservation of "traditional Flemish values." It was formed in 1979 from the Flemish People’s Party and the Flemish National Party. The founder and chairman is Karel Dillen (1925 – 2007). The goal of the party: the independence of the national regions of Belgium, in which "speak Dutch", as well as the protection of the true cultural values ​​of Flanders. In 1990, the party managed to achieve great success in the parliamentary elections, especially in Antwerp. The party also collaborates with the National Front in France and with the Republicans in Germany. Belgian Court of Appeal 9 November 2004 condemned the party Flemish interest in advocating discrimination in relation to immigrants, with the result that the party 14 November 2004, the party was forced to reconsider its program.

It is obvious that the West manages to avoid more active extremism in its countries on the local national soil only at the expense of the high standard of living of its own, so to speak, “indigenous people”. However, there are more and more emigrants, someone else's speech sounds more and more often, there are more and more mosques, hijabs, saris, curries and other eastern "sights", while those who come there more and more often claim high-paying jobs. To introduce segregation and artificially keep them in need is not allowed by democratic institutions. However, various nationalist parties did not disappear. As soon as there is either an economic recession in these countries, or, conversely, regional economic growth, as it happened in Catalonia and Scotland, for example, the desire to disperse in national apartments will increase, and these parties will immediately come up with separatist and nationalist slogans and ... with a gun! And those who go under their banner in Europe will be quite a lot! Well, and the conclusion? The conclusion is this: you, gentlemen, Western Europeans should not blame the peoples of other countries and individual regions for separatism - many of them have very weighty circumstances for “separatism”, besides, you yourself have plenty of separatism. As they say ... in a strange eye a log, but in its ... straw!

Interestingly, the goals of national liberation for many are considered so “holy” that they justify any crimes and collaboration. For example, Subhas Chandra Bos, (January 23, 1897 - August 18, 1945), known as Netaji (the word is an analogue of the words Fuhrer and Duce!), One of the leaders of the Indian Independence Movement, revered now on a par with J. Nehru and M. Gandhi, not only did he offer Hitler help in the fight against the British in India, but he also went on direct cooperation with the Japanese. He created the Indian National Army (INA) and threw it against the British. After the defeat, he ordered total mobilization in Free India under his control, and in the fall of 1944 he began the creation of Indian suicide units, as was done in the Japanese army. However, here he again reoriented to the USSR and eventually died in aviation disaster, or he ended up in the USSR and ended his days in prison (the Indians both under Brezhnev and under Gorbachev several times asked about his fate, since they did not believe in the official version of his death). But ordinary people of India honor him even today, many of them even more than Gandhi and hope that he was saved from both Russians and English and became a sadhu - a wandering saint!

In Catalonia, in small towns, national flags hang on each balcony, and the flag of Spain can only be seen above the city hall (and even next to the Catalan). On all the pillars of the bridges and on the fences of the inscription: “Catalonia is not Spain” and also “Fuck polisia!” So ​​far the bridges themselves have not yet been blown up, but ... how do you know what will follow such inscriptions here ?! 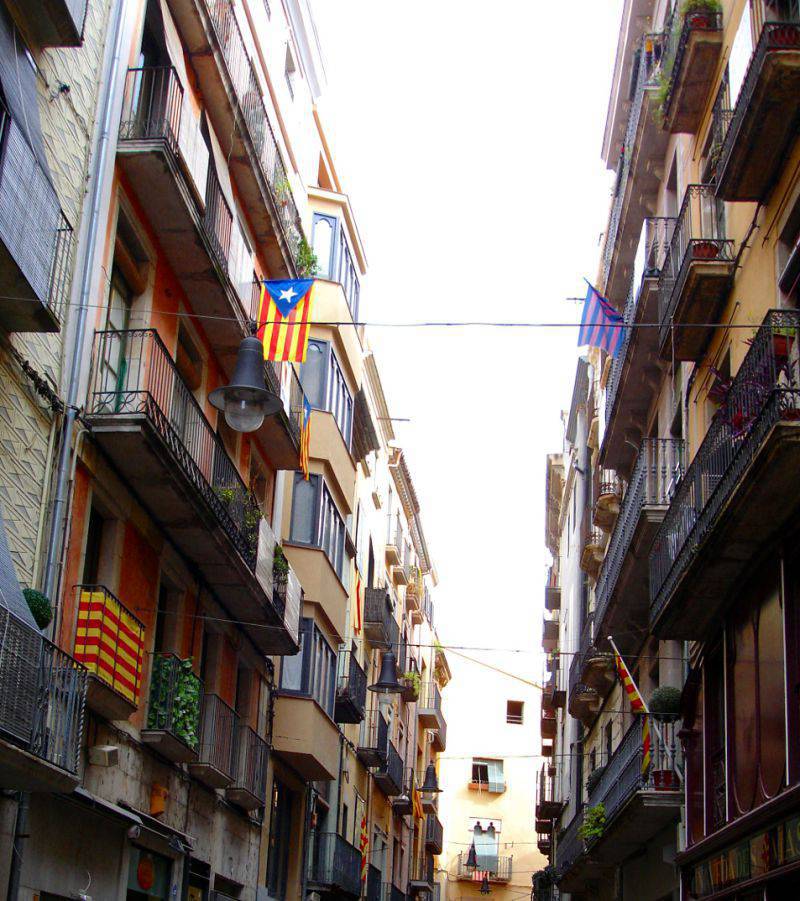 Just a street in Barcelona ...

In Northern Cyprus, there is no unrecognized Muslim Cypriot state other than Turkey. The Orthodox churches in most villages are without crosses (insulting the feelings of believers of the titular nation!), But the Muslim Greeks live in clover, and Turkey, by the decision of the EEC, does not want to pay compensation to the southern Cypriots 30 million for the damage caused by them and 60 million euros to the Greek Cypriots who continue to live on the Karpas Peninsula in the occupied part of Cyprus. "We will not pay!" - They say the Turks and that's it. “We do not recognize the Republic of Cyprus!” That is, at any moment it can again flare up there. True, here is Pilsen beer on the north side for some reason much cheaper than on the officially recognized south ...

Ctrl Enter
Noticed oshЫbku Highlight text and press. Ctrl + Enter
We are
Separatism in Iran. Will the country's unity destroy internal conflicts?HALISTAN: the age-old dream of the Sikhs and the Sikh-Indian opposition
Military Reviewin Yandex News
Military Reviewin Google News
19 comments
Information
Dear reader, to leave comments on the publication, you must to register.