Sarkozy: "We must defeat the IG in a few months" ("Le Figaro", France) 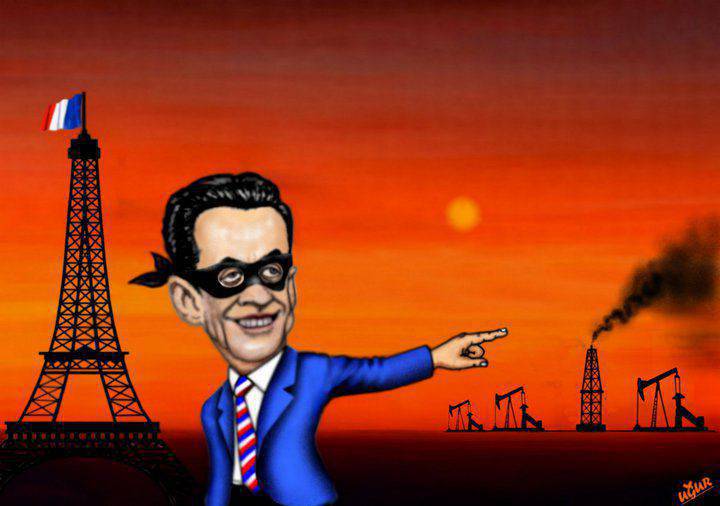 The former president advocates "national reconciliation" in Syria without Assad, but with "members of the old regime."

Le Figaro: Do ​​you support the decision of Francois Hollande to launch reconnaissance flights over Syria in the perspective of possible air strikes?

Nicolas Sarkozy: Honestly, I don’t see what prevented us from seeing from a height of 15 000 meters earlier. Hopefully, Francois Hollande decided to start collecting intelligence, so that we do not completely depend on others ... As for the air strikes in Syria, I, of course, support them, because how can we say that we are fighting against the IS, and not to beat where it is located?

- Has the position changed too late?

- In the Syrian question, everything happens too late. In August, 2012, when the moderate Syrian opposition was stronger, I spoke about the danger of a crisis and the need to act. And what did the inaction of the international community lead to? To preserve the regime of Bashar Assad, who has at least 200 000 dead on his conscience, the appearance of the IG and the weakening of the moderate help of the moderate Syrian opposition that we did not receive. In addition, most Syrians are now convinced that the international community has abandoned them to their fate. The lack of international leadership in this and other matters is scary.

- Yes, even if the Mediterranean region - this is primarily a matter of Europeans. What is happening in Syria directly concerns us. Every time Europe turns away from the Mediterranean, it turns its back on its own future. We have no choice, we need to intervene.

- Now there are more and more voices in support of sending ground troops.

- There is no dispute between aviation and ground forces. First of all, because without specialists on earth, aviation is blind. They are needed to find the coordinates of targets that allow avoiding collateral damage. That is, allegations that we can send planes without ground support are a lie.

“But these are not combat units that fight at the front ...”

- Yes, this is not infantry, but still ground units. Is it possible to count on victory in a war without soldiers? Not. That is, the question now is not whether soldiers are needed at all, but which ones.

- Do I need to send French soldiers?

“No ground French forces besides the specialists I already mentioned.” I do not in any way want us to arrange a new Afghanistan or Iraq. I remind you that in Libya we led two dozen countries, and the ground forces were Arab, not European. And we were able to win this war in ten months. In Syria, it is necessary to use the troops of the countries of the region, the Gulf States, Egypt, detachments of the Syrian opposition. Is it possible to talk about the liberation of Syria without the participation of the Syrians?

- Despite the current delays, we can still defeat the IG?

- We do not “can”, but “must” defeat the IG in a few months, if we allocate funds for this.

“But for actions in Syria, Russia's approval is necessary ...”

- We made a big mistake when we created the conditions for a new cold war with Russia. We need it on Syria and IS issues. We need to turn the page of the Cold War with Moscow, even if this does not mean that we agree with everything or accept what is happening in Donetsk. Russia must show goodwill, help the international community defeat the IS and resolve the protracted Syrian crisis. Russia must return to the G8, lift the embargo on meat. There is a need to restore dialogue between Europe and Russia. This is in the interest of both parties.

- In this regard, Francois Hollande hinted at the lifting of sanctions on Monday.

- This is the essence of the problem: we are "hinted" at the lifting of sanctions, the possibility of tax cuts, the ability to work on Sundays ... But in fact nothing happens. To lead is to make decisions. The only thing that happened to us in Russia was 2 billion euros, which fall on the shoulders of the French because of the refusal to transfer Mistral.

- Officially speak about one billion ...

- The current situation in Iraq and Libya after the intervention can hardly be called an inspiring example ...

- Iraq, obviously, was not a success. But it all started with a lie about weapons mass destruction, and this never bodes well ... Libya was left to its own devices. It was necessary to provide the Libyans with economic and political support, to help them disarm the detachments, to finance the disappeared army and police. Let me remind you that after our intervention in Libya, the first stories countries free elections with 60% turnout, which ended in victory for moderate forces. Libyan intervention was an excellent example of cooperation between Western and Arab states in order to rid the world of the bloody regime. The lack of further steps was an example of the inconsistency of political decisions based on ignoble considerations and the reluctance to assume international responsibility.

- Francois Hollande wants to prepare the ground for what will happen after Bashar al-Assad. Do you agree with him in this moment?

- The future of Syria is impossible with Bashar Assad, but this does not mean that everyone who worked in the Baath Party should be deleted. This was a major mistake in Iraq. It is necessary to start national reconciliation with the participation of members of the old regime. This is the condition of the future world.

Ctrl Enter
Noticed oshЫbku Highlight text and press. Ctrl + Enter
We are
Putin and Hollande fight for Turkey in absentiaSyria: Americans scare themselves, and Asma Asad buys chairs
28 comments
Information
Dear reader, to leave comments on the publication, you must to register.