KRET proposed to adapt equipment from military helicopters for “Armata”

8 September 2015
60
Concern "Radioelectronic Technologies" (included in Rostec) is ready to adapt for the Russian newest armored vehicles, including for "Armata", its developments, designed to equip combat helicopters, reports Look With reference to the adviser to the deputy director of the enterprise, Vladimir Mikheev. 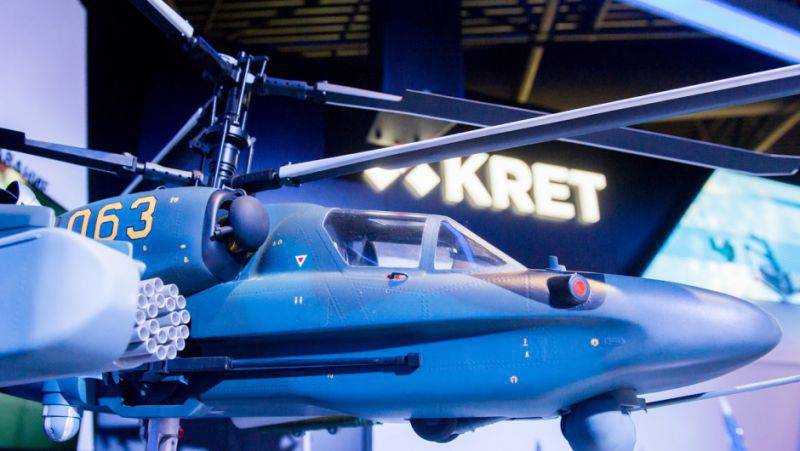 "We can offer a range of developments for this technology - from the control system weapons to a fully autonomous navigation system based on storied inertial navigation systems and multifunctional indicators, ”said Mikheev.

“And if we can control the guns and missiles of a helicopter, we can do the same on tank"He added.

According to Mikheev, some samples of armored vehicles are already equipped with multifunctional indicators created by the concern.

“The control position of the tanker today is becoming like a helicopter cockpit. In the tank - the same multi-functional indicators that are resistant to explosion factors. We manufacture these products at aviation technologies that initially already satisfy most requirements for ground equipment, ”he said.

The newspaper reminds that in the middle of August the test schedule of the T-14 tank was approved: the production should be completed in 2016 g, then the military will pass, and after them the issue of adopting the vehicle will be decided.

Ctrl Enter
Noticed oshЫbku Highlight text and press. Ctrl + Enter
We are
KRET at the II International Exhibition of Armament, Technology and Innovation “Oboronexpo-2014” for the first time will present a comprehensive UAV board projectConcern "Radioelectronic Technologies": supplies and developments
60 comments
Information
Dear reader, to leave comments on the publication, you must to register.