On the strategy of the West towards Russia 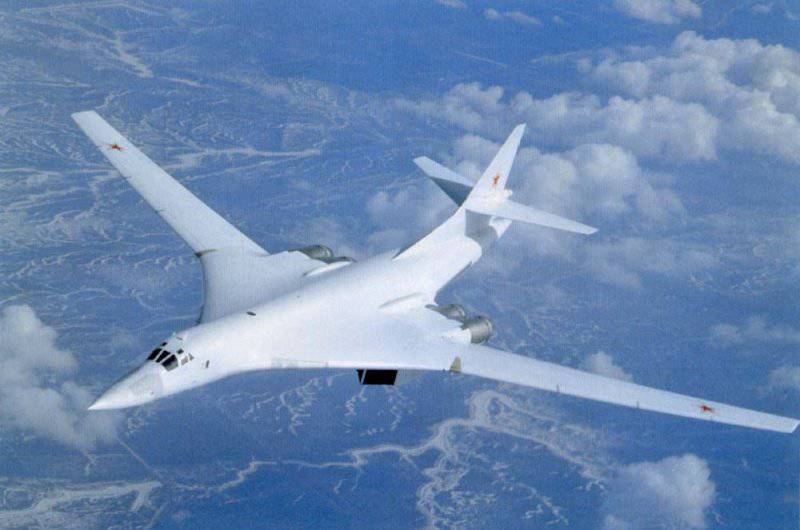 The Russian Empire, the Soviet Union and the Russian Empire for the West, and in the 20th and early XXI centuries, first and foremost for the USA were and are the number one enemy on the planet. It is clear that after 1991, it was not customary to talk about this openly, and in 90, Russia lost part of its sovereignty.


But, the situation has not fundamentally changed, the danger to the Western world has remained due to the presence of the Russian people themselves, which are still among the ten largest nations of the planet. The existence of the entire spectrum of nuclear weapons in the Russian Federation: from tactical to strategic charges, and the entire high-grade triad of nuclear weapons carriers - underwater fleetstrategic aviation, land-based ICBMs. The West is threatened by a relatively high level of education and culture of Russian citizens, the remnants of Soviet science and military-industrial potential, based on which one can restore the position of a superpower. And the example of the Stalinist USSR shows that, if necessary, our people can transform the country in the shortest possible time.

After the collapse of the USSR, the Anglo-Saxons held to the medium-term strategy of "strangulation" of Russia. It included a whole range of activities, but there are three main elements. First, it is to keep the Russian political elite on a short leash, to tame her to the complete abandonment of national interests. For this, they turned a blind eye to corruption, foreign accounts, and the purchase of real estate, although from time to time they were reminded that they could send “from Canar to prison” at any moment. They introduced their agents of influence, following the example of Trotsky-Bronstein after the 1917 revolution of the year. Among the most obvious such agents are Nemtsov, Chubais, Kasyanov, Kudrin, etc.

Secondly, the blow was struck on the industrial, military, scientific, educational potentials of Russia. Mostly with the help of the fifth column and various non-governmental organizations, private firms and individuals, such as the actions of Soros and his foundations. As a result, Russia should have lost the ability to produce nuclear weapon and the main types of advanced weapons (such as multifunctional fighters, submarines, including nuclear submarines, large ships, etc.). Her education and science should have completely degraded, the national economy should be guided only by the interests of the "pipe".

Thirdly, the Russian culture, which had already been undermined in the 1960-1980-s, becoming in many ways Russian-speaking, had to completely degenerate. The same technologies that had already been used were used, with the help of which the western average person was treated from the 1960-s, when Americans from the working people, engineer, were mostly turned into office plankton, “lawyers”, helpless hippies, other “non-formals” and perverts . The methods are very simple, some of Hitler and his ideologues talked about some - the sexual revolution (“sex”), the aggressive offensive “pop music” (“rock and roll”), the active introduction of all types of drug addiction (from the spiritual, like dozens of sects and " religions "before replanting dope - tobacco, alcohol, more destructive drugs). And the main blow was inflicted on the fragile childish, youth psyche.

At the pace of destruction that took place during the years of “perestroika” and “reform”, the results should have manifested themselves through 20-30. Moscow itself had to abandon the Soviet nuclear legacy, because it was impossible to reliably control it and change the old systems to new ones, or Russia's nuclear arsenal would gradually be simply “written off” due to death from old age. It should be noted that in the West, public figures and cinema supported this topic, regularly recalling the danger of the “atomic bomb” falling into the hands of “international terrorists”, i.e., preparing a scenario of transferring the Russian nuclear arsenal “posing a threat to all mankind” (USA).

These plans have not been forgotten either now, since the Institute for Contemporary Development (INSOR) in the spring of 2011 of the year in the report “Strategy-2012”, said that possessing the remnants of the nuclear potential causes serious harm to the modernization of the Russian Federation. According to experts of the institute, nuclear weapons are not only protection, but also the cross of Russia, they say, “fit to talk about the nuclear curse” of our country.

But to wait until Russia “itself” dies, it has become dangerous. Firstly, signs of a revival appeared in Russia, so the Military Industrial Complex, by reorienting to foreign markets, was able to retain part of the cadres, production. The nuclear industry, both peaceful and military, also did not die: Putin’s decision in 1999 in the year launched work on a new modification of the submarine ballistic missile (SLBM), which received the new designation Р-29РМУ 2 "Sineva". In the new version of the SLBM, the dimensions of the stages were somewhat changed, the rocket’s resistance to the effects of an electromagnetic pulse was increased, a new set of means to overcome the enemy’s missile defense and a satellite navigation system were installed. A project was launched to adopt the 8 Borey series submarine from the 955 submarine, one submarine Yury Dolgoruky is used for testing SLBMs, the second one is Alexander Nevsky at sea trials, a third nuclear submarine Vladimir Monomakh is being built. Russia has launched a serial production of Topol-M and PC-24 “Yars” ICBMs; new SLBMs “Liner” and “Bulava” are being tested. At the same time, the service life of the missiles adopted for service was extended back in the years of the USSR. There are plans to modernize the air component of the Russian nuclear forces and to create the Perspective Long-Range Aviation Complex (PAK DA). The contract for R & D on the creation of the PAK DA for the term of 3 was signed in August of 2009 between the Ministry of Defense of the Russian Federation and the company Tupolev.

Instead of destroyed, after the signing of the Treaty on the Elimination of Medium and Short-Range Missiles, with the United States in 1987, the Soviet operational tactical missile complex "Oka" and its modernization of the complex "Oka-U" was developed and adopted in 2006 in the service of Iskander "(He may be the carrier of tactical nuclear weapons). They are armed with the first military unit - the 26-I missile brigade ZVO (Luga).

A similar picture is observed in the area of ​​the Air Force, Navy, Armored Forces, etc. Moscow began to re-equip the army and navy. Positive developments can be noted in other areas, for example, in the field of integration with Belarus and Kazakhstan.

The second reason why the West (first of all, the Anglo-Saxons) can no longer wait is the global global crisis. This is a kind of "pusher" for Moscow, you cannot live peacefully, you have to either "die" or carry out modernization, new industrialization, rearmament of the armed forces. And the US needs global upheavals in Eurasia, which will lead to a world war, the only way to maintain its leadership, destroying all competitors, real and potential. Finally break the resistance on the planet and build a “New World Order”.

The main areas in which the Anglo-Saxons

This is the launch of the processes of disintegration, collapse, chaos throughout Eurasia - from Greece and Kosovo, Italy and Spain (a blow to the European Union and the euro zone), and the Arab unrest and the crisis situation in Afghanistan and Pakistan. Eurasia should blaze, the front is built along the North-South line. In this scenario, Russia should join in the war against the Islamic world (thank God, Moscow did not take part in the war against Libya), its fronts in this war are the Caucasus and Central Asia. Ideally, for Washington, if Russia still grapple with China. It is enough even not a big war, but a series of border conflicts from the Far East and Mongolia to Kazakhstan.

Anglo-Saxons forcing Russia to fight, at the same time exacerbate the internal crisis - the scenario of the First World War, the citizens of Russia will not be happy with the war, when men will fight in Tajikistan, or Kyrgyzstan, the majority of people will not understand the purpose of the war. So, it can be noted that in August 2008, many were outraged that Russian soldiers are protecting some "Caucasians" in the war with Georgia, they say, this is not our war. In addition, the war will lead to an increase in the number of people who can not only handle weapons, but also those who are ready to kill, with the February-2 scenario.

Inside the country, there is currently a close work with the protest electorate. The second term variant of Medvedev failed, so Putin’s “demonization” in the eyes of Western and Russian philistines is increasing. In the West, they are well aware that Russia is an imperial country, and the Russian people are the bearer of imperial ideology, therefore it is enough to shake the situation in Moscow. The regions, in a high degree of probability, will accept the new power without serious resistance.

In the battle will throw everyone from the liberal public and the "right things" to the nationalists and the Communist Party. Zyuganov has already been noted as the defender of the “Russian people” (recalling the “Russian question”), said that the upcoming elections will be “dirtier” than the previous ones. Moscow’s fiscal policy (including the rapid increase in defense spending), sent out by Kudrin, is criticizing Chubais’s “degradation of political life” in Russia. The Board of the Russian Union of Industrialists and Entrepreneurs (RSPP) announced a political crisis in Russia and demanded political reforms.

One of the issues with which Russia is being swayed is a Caucasian problem. Moscow needs to increase attention to this problem, the antics of the so-called. “Black skinheads” should be harshly punished and punished, otherwise they can blow up the situation.

Therefore, there is a significant possibility that in December 2011 of the year, in the winter - in the spring of 2012, we will see in Moscow a “battle” for the future of Russia. If it fails to break the “Putin clique,” ​​then the West will increase external pressure — revolution and unrest in the South Caucasus, Central Asia (up to the war), in Ukraine.

We are in Yandex Zen
Paper cuts overseas strategic offensive arms
Military doctrine of the Russian Federation
55 comments
Information
Dear reader, to leave comments on the publication, you must to register.