March 24 2015
34
March 24 in Russia is the Day of the Navigation Service of the Air Force. This holiday appeared in the military calendar of the country recently - in 2000-th year, when the Commander-in-Chief of the Russian Air Force signed the corresponding order. The order itself appeared in connection with numerous appeals to the country's main defense department by representatives of the Air Force navigator service, who reported that the state could mark the difficult navigational work as a separate date in the holiday calendar of the Russian Federation. 2 August 2000, then Air Force Commander Anatoly Kornukov decided to satisfy the request. The day of the Air Force navigator service since 2001 in Russia is officially celebrated. 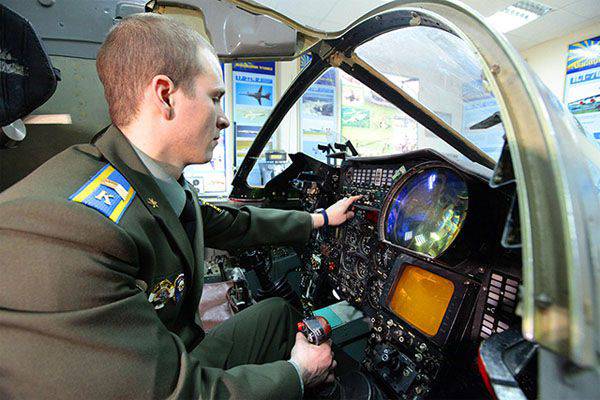 Why exactly March 24 was the date of the celebration of the day of the military navigator? The fact is that on that day back in 1916 an order was signed on the formation of a Central Air Navigation Station in Russia. The course of the First World War spoke of a significant military advantage of those states that had a developed air force fleetbased on strategically important information, in turn, obtained during air navigation observations. The Air Navigation Service made it possible to determine effective options for using military aviation in certain conditions. However, during the First World Service, it was never destined to develop into a full-fledged segment of the air fleet, since the Russian air fleet itself did not have full state support, and the development of events was not so much on the fronts as inside Russia itself did not allow to pay due attention such a development.

By the time of the 1917 revolution of the year, as a result of which the Bolsheviks came to power, only a third remained of the squad in the Russian army, and the level of training of those who supported the revolutionary split left much to be desired. The situation was even worse with the navigators, who in those years were called aeronauticals. By 1920, there were about 46 people all over the country. By 1923, the situation began to improve, as the first flying schools appeared in the Soviet Union that had begun to form, and at the highest level it was decided to allocate aeronautical posts in squadrons. These specialists were trained according to the program of so-called observer pilots, who accumulated experience in piloting aircraft, adhering to the most significant landmarks on the earth's surface. For obvious reasons, there was no talk of the presence of any "advanced" navigational instruments that could automatically help the pilot to lead the aircraft. All navigation work was carried out using the tools that can now be seen in the museums of military aviation. Within a few months, it was decided that the aeronautical specialty should be equated with the flight crew. 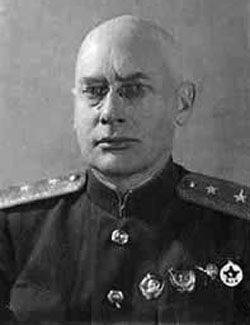 Boris Sterligov made a huge contribution to the development of the navigator service of the Air Force at the initial stage of its formation in Soviet Russia. He can rightly be called the founding father of the navigator service in the form in which she began her full-fledged development in the structure of domestic military aviation. Boris Vasilievich is known for his air flight on the route Moscow-New York in 1929, committed with the crew commander S.A. Shestakov. At the start of the 1930, he became the Chief Navigator of the Air Force. Boris Sterligov came to the air fleet of the country in 1923 year - after training in the Petrograd technical artillery school, fighting on the fronts of the Civil War, graduating from the Higher Military Pedagogical School of Moscow and teaching at infantry and machine gun courses in Baku. After Boris Vasilyevich turned out to be the Chief Air Fleet of Soviet Russia, he was appointed to the post of deputy head of the Central Air Navigation Station. Two years later, Boris Sterligov with the crew commander V.O. Pisarenko flew Moscow-Sevastopol-Kiev with a total length of 3000 km. Boris Vasilievich worked the route, having no radio equipment or maps at his disposal, but using only a compass course and landmarks.

Boris Sterligov led the country's main navigation service until the second half of the 40s. During this time, he managed to develop his own method of compass navigation (both during the day and at night), which became the same for the air crews and air navigators. Under his leadership, special barometric altitude meters and plane speed indicators, a solar heading indicator, and a navigation sight were developed.

In the year 1930 in the Soviet Union appears, in fact, the first edition, entirely devoted to the work of aviation navigators. This is the “Guide to Air Navigation”, and then the “Manual on the Air Navigation Service NANS-30”, which for several years became full-fledged training aids for domestic (and not only domestic) navigators. By the way, the concept of aviation navigator is mentioned for the first time in these training materials in the USSR.

1930-th year can be considered special for the navigator service. It was in 1930 that, thanks to Boris Sterligov’s personal appeal to the leadership of the Air Force, the organization of the air navigation, aerial photography and meteorological services was established.

After a couple of years, the NANS-32 appears, thanks to which the posts of the observer pilots are replaced by the navigator posts. In 1933, Boris Sterligov and received the post of chief navigator (flagshturmana) Air Force.

It should be noted, and another outstanding achievement of the first chief navigator of the country's military fleet. It is about developing a unique operation for the delivery of lend-lease aircraft from the USA to the USSR through Alaska. This is the famous Alsib - an air route from Alaska to Siberia, which began operating in 1942 year. In the US, the start of the route took in the city of Great Falls (Nevada), and ended in Nome and Fairbanks in Alaska. From there, the aircraft moved to Chukotka and Yakutia. To this end, several airfields were built in the USSR in Seimchan, Kirensk, and Uelkale. Auxiliary runways also operated - Oymyakon, Olyokminsk, Markovo, Susuman, Aldan. A whole series of airfields was preparing to receive airplanes in Zyryanka, Anadyr and other settlements in the northern part of the Far East. Soviet pilots overtook American aircraft, for which the USSR government paid off with Washington with gold and other material assets, from Nome and Fairbanks to the territory of the Soviet Union.

In 1944, the flight was carried out by Alsibu on an airplane carrying the Vice President of the USA, Henry Wallace. In total, over the years of the airway (1942-1945), the 128 371 passenger and 18 753 tons of cargo were transported via it. In Krasnoyarsk, there is a plaque dedicated to the pilots who participated in the so-called distillation teams for Alsib. 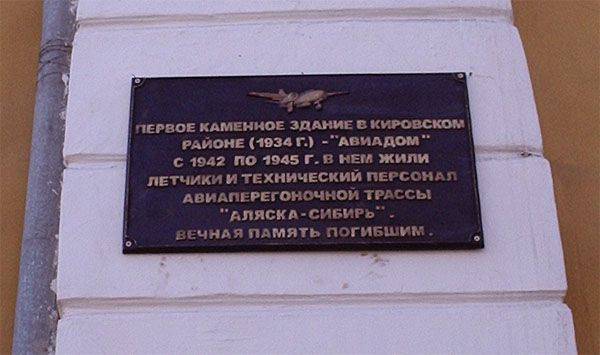 The significance of the navigation service for the Russian Air Force and the country's security as a whole is difficult to overestimate. Chelyabinsk branch of the Air Force Academy named after Prof. Zhukovsky N.Ye. and Gagarin Yu.A. released 29 navigators, four of them went to serve in the Crimean peninsula. 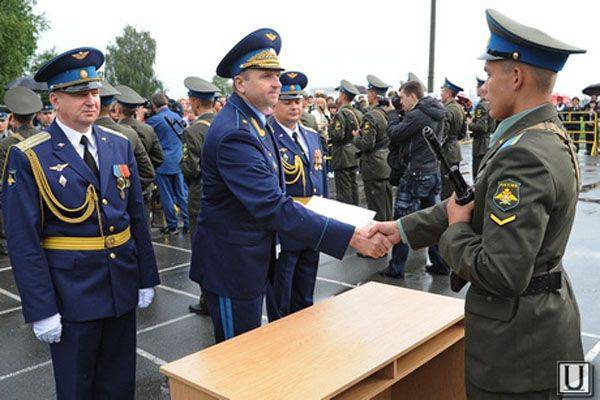 Chief Navigator of the Russian Air Force Mikhail Zvyagin:
The military navigator is the main burden on the application weapons, means of reconnaissance, landing, the use of electronic warfare. Therefore, the role of the navigator will certainly increase. Those who disbanded schools, or integrated the educational status of flight personnel training, eliminating the navigator's university from this process, were probably wrong in this regard, considering that the navigator's era was ending. Fortunately, it is not. I, as the head of the navigational service, are deeply convinced that this specialty will be in great demand both in the present and in the future.

"Military Review" congratulates the navigators of the Russian Air Force and veterans of the navigator service on their professional holiday!
Ctrl Enter
Noticed oshЫbku Highlight text and press. Ctrl + Enter
We are
Holiday "invisible" soldiers. To the Day of Military Intelligence of the Russian FederationThe centenary of the navigational service of the Air Force of Russia
Military Reviewin Yandex News
Military Reviewin Google News
34 comments
Information
Dear reader, to leave comments on the publication, you must sign in.