August 27 2011
5
The operation of NATO forces in Libya has become an advertising platform for the French fighter aviation.


Four years ago, Libyan leader Muammar Gaddafi initiated negotiations with France, at which he announced his intention to acquire Rafale 14 (fourth-generation French fighters). The deal was not destined to take place, but Gaddafi "Rafaley" still waited - these fighters became the main striking force of the coalition during a military operation against the Gaddafi regime and, thus, demonstrated their fighting qualities to the whole world. Rafale is one of the basic aircraft of the French military aviation, which has not been exported so far. 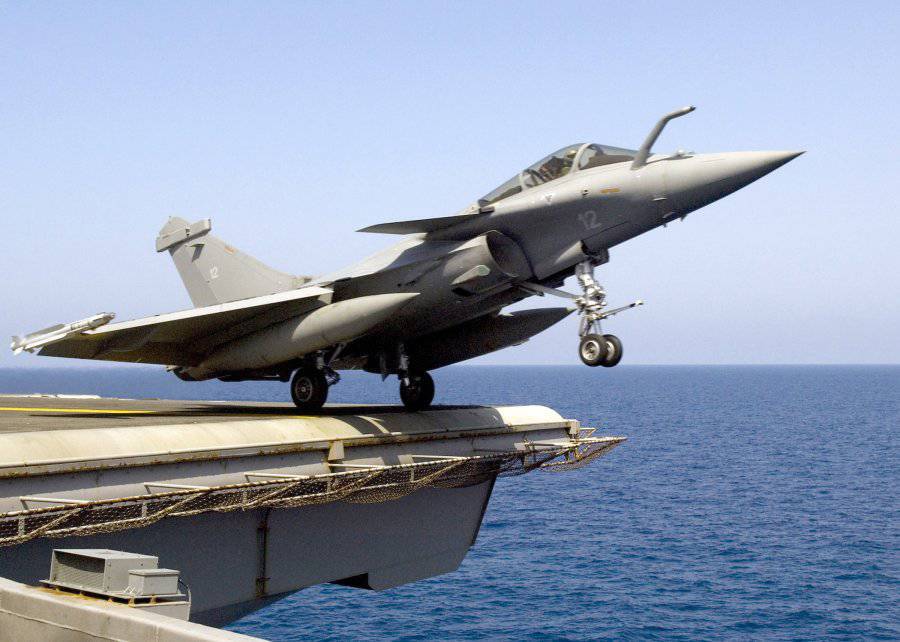 Negotiations on a deal with fighters with Brazil, which were launched two years ago, are going hard. In Brazil, the Rafale competes with the American F-18 and the Swedish Gripen fighter. The agreement to supply 36 aircraft to Brazil, the total cost of which is $ 6 billion, was almost reached: Rafale enjoyed a clear advantage in the eyes of former President Lula da Silva. But after Dilma Rousseff came to power, the situation changed. The current president of Brazil is heading for a rapprochement with the United States and, most likely, will give preference to the American F-18. To change the situation, France promised to transfer to Brazil "unlimited technologies" for the maintenance and operation of the aircraft. However, the Brazilian side decided not to buy fighters and postponed the resolution of this issue until the beginning of 2012.

Another highly probable fighter buyer is India, which selected Rafale and Eurofighter fighters at the end of April in a tender to supply 126 aircraft with a total value of 7,7 billion euros, the results of which will be summarized after reading all the offers.

Other negotiations on the supply of fighters (60pcs.) Are conducted with the United Arab Emirates since the 2008 year, but they suddenly stalled last year. The fact is that the UAE insisted that a more powerful engine and an improved radar be installed on the aircraft. About a month ago, France’s Minister of Defense Longué was rather optimistic about the delivery of Rafale to the Emirates, in particular, he noted that “negotiations are progressing.” Obviously referring to the operation in Libya, the Minister said the following: “To date, our pilots have demonstrated that the machines have a completely suitable engine.”

A little earlier, at the annual air show in Le Bourget, French Prime Minister Francois Fillon expressed confidence that the contract for the purchase of Rafale UAE would be concluded very soon. 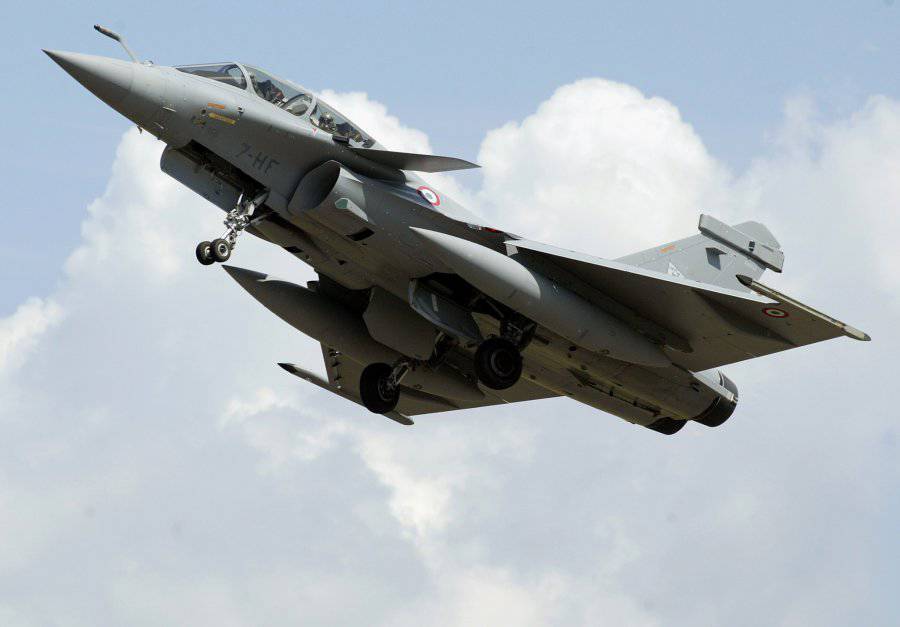 "Tested on the battlefield"

Dassaut Aviation, the manufacturer of Rafaley, agrees with the military that their aircraft performed very well in Libya, but refrains from making any forecasts, as there is no detailed information about the progress in negotiations. Stefan Faure, representative of Dassaut Aviation: “Potential buyers of our fighter are watching with interest the success of the Rafale in Libya.” According to the remark of Jean-Pierre Molney (Deputy Director of the Institute for International and Strategic Relations), made by him during a conversation with the correspondent of Moscow News", The operation in Libya" is really capable of influencing transactions with the Rafals and other French weapons. "

The expert noted that the Rafale fighter and the Tigr helicopter, which distinguished themselves in Libya, have already become a real visiting card of the French military-industrial complex. Lightning is also confident that importers weapons have long preferred to buy weapons that have already proven their effectiveness in real combat. During the war for the Falkland Islands between Argentina and Great Britain, a French-made Exocet cruise missile used to fight ships sank the British destroyer Sheffield, which ultimately contributed to a significant increase in its sales. And the successful use of the Israeli Air Force by the French “Mirage” in 1982. during the Six Day War made them incredibly popular in many countries around the world. 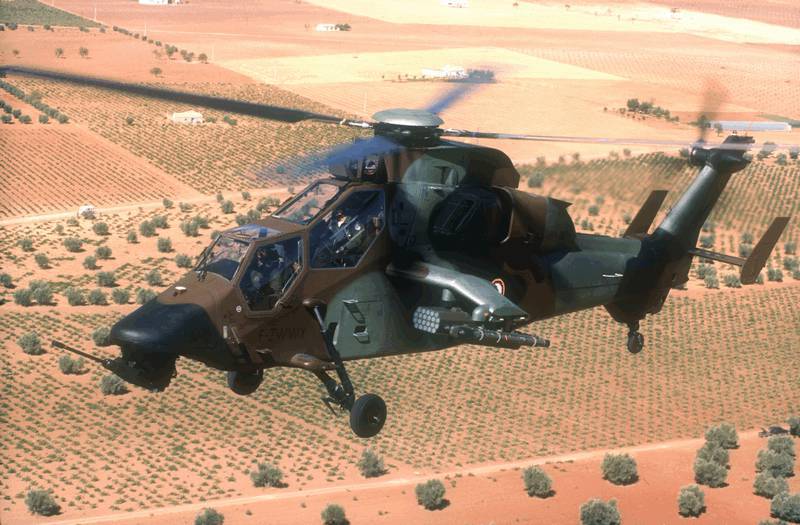 Leading security expert at the French Institute of International Relations, Etienne de Durand: “Some of the weapons that demonstrated their effectiveness during the Libyan operation can be sold on the world market with the label“ tested on the battlefield ”. At the same time, in his opinion, until the war is over, it is impossible to predict sales. The specialist believes that because the aircraft is used in the Libyan operation, its price, which is within 100 million dollars apiece, will not change. According to experts, the Libyan conflict is unlikely to create new export markets for Rafale, but it can affect the course of the ongoing negotiations. However, the French fighter is already interested in Switzerland and a number of countries in the Middle East, among them Qatar and Kuwait, as well as Bulgaria and Greece.

Security expert Jean-Vincent Brisset: "We can say that the war in Libya is an advertisement, but one cannot say that advertising is the goal of this war." Although Rafali has already been involved in Afghanistan, the Libyan operation, according to experts, is more convenient for demonstrating the capabilities of France’s military equipment. With regard to the objectives of the NATO operation in Afghanistan, people do not have a clear understanding, but as for the situation in Libya, everything seems to be clearer: “The coalition is fighting with the dictator”. In addition, in Libya, the Americans showed themselves less active.

Only flawless combat performance to begin the supply of aircraft abroad is not enough. Experts say that arms purchase decisions have political roots in many respects, the relationship between the buyer country and the seller country plays a large, almost decisive role. Meanwhile, the reputation of "Rafal" in Libya is not all clear and unclouded.

Former Italian Air Force pilot, military aviation expert David Chenchiotti: Rafali appeared in Libya surprisingly unexpectedly, without the necessary artillery preparation. They struck targets in Libya a few hours before the start of the bombing of Libyan air defenses by US and British aircraft. This may indicate that the French aircraft were in those areas where there were no working air defense systems.

Many experts believe that the excessive zeal of the French leadership to resolve the Libyan conflict is connected with the imminent presidential election. “The current President Sarkozy is trying to demonstrate his ability to make decisions on the international arena to voters,” said MEP Bruno Golnis. “And I'm not sure that this will be a good advertisement for French weapons.”
Ctrl Enter

We are in Yandex Zen
Judgment in Tripoli. Saif al-Islam Gaddafi sentenced to death
5 comments
Information
Dear reader, to leave comments on the publication, you must to register.