The United States refused to fund a laser development program 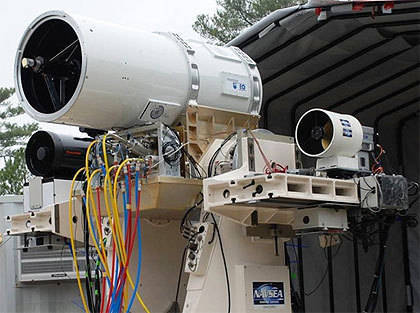 The United States refused to fund a program to develop laser systems designed to shoot down missiles. This equipment, according to previously appeared information, was supposed to be installed on the ships of the American military fleet.


According to the US Senate Committee on Armed Forces, the project to deploy laser equipment on ships is not included in any bill at all, and no budget funds will be allocated for it. According to experts, the creation of facilities using free-electron laser technology proved to be unnecessarily expensive, which was the reason for refusing further funding.

Another problem that caused the refusal to finance was the lack of a developed power supply system for the laser system from the power grid of the ships - the engineers did not manage to find a solution to this issue. If the development of a program to destroy enemy missiles using lasers continued, then, according to analysts, its commissioning would take place by 2020, the portal engadget.com writes.

This is not the first attempt by Americans to use laser technology in the national missile defense system. In late summer 2009, Boeing’s efforts to create aviation laser designed to destroy ballistic missiles.

A representative of the Academy of Engineering Sciences of Russia, Yuri Zaitsev, noted that similar developments are being carried out by Russian research institutes, and it all began in the 70s of the last century, when the USSR first experienced a super-power laser machine. In the 90s of the 20th century, a number of aircraft with lasers on board were tested, in particular, the A-60 model (experimental flying laboratory, laser carrier weapons based on the IL-76MD aircraft). According to some reports, the project has not yet been closed, and to this day, laser technology in aviation is being tested.