19 May 2014
31
The latest models of the Tor-M2U, Tor-M2KM anti-aircraft missile systems in modular design, as well as the Osa-AKM complex, will be presented by Izupky Electromechanical Plant Kupol in Kazakhstan at the III International Exhibition KADEX-2014 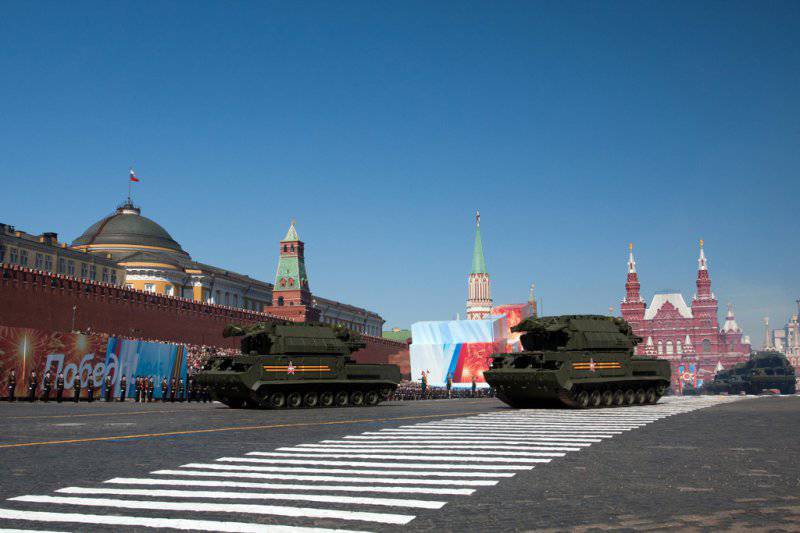 IEMZ Kupol (http://kupol.ru) will participate in KADEX for the first time and will present at the exhibition the Tor-M2U anti-aircraft missile system (ZRK), which took part in the Parade on Red Square 9 in May 2014, as well as models of the latest development "Tor-M2KM" in the stationary version and on a semi-trailer. The company’s exposition will also include a modernized Osa-AKM air defense system.

SAM "Tor-M2U" was adopted by the army of the Russian Federation in 2012 and is designed for air defense tank and motorized rifle formations on the march and in a combat situation, as well as the most important military and state facilities.

The complex effectively fights at short range with all types of existing means of air attack, including low-flying, actively maneuvering, small-sized, and also made using stealth technology, and has no analogues among Russian and foreign air defense missiles in its class. The high degree of automation allows you to detect and rank the danger of 48 targets. Compared with the previous version of the Tor-M1 air defense system, the number of guided missiles simultaneously firing at targets increased from 2 to 4, the target detection range (from 25 to 32 km) and the defeat range (from 12 to 15 km) increased by more than a quarter ).

The autonomous module Tor-M2KM is a new development of the Almaz-Antey Air Defense Concern and JSC IEMZ Kupol, which can be placed both permanently and on any customer's chassis with a payload of at least 20 tons. According to the combat characteristics, it is absolutely similar to Tor-M2U. Currently, such a module is installed on the chassis of the Tata-motors for participation in the tender for the supply of air defense in India. The ground tests of this complex, carried out in 2013, showed excellent results.

Thor complexes are one of the best-selling Russian air defense systems. They are in service with more than 10 countries of the world.

As a promising direction, the company also considers the modernization of the previously produced Osa complex, which is in service with more than 20 countries of the world.

Modernization is carried out simultaneously with the overhaul. The element base is completely replaced, analog computing means are replaced by digital ones. This allows you to get a modern automated means of dealing with elements of high-precision weapons, manned aircraft and UAVs. 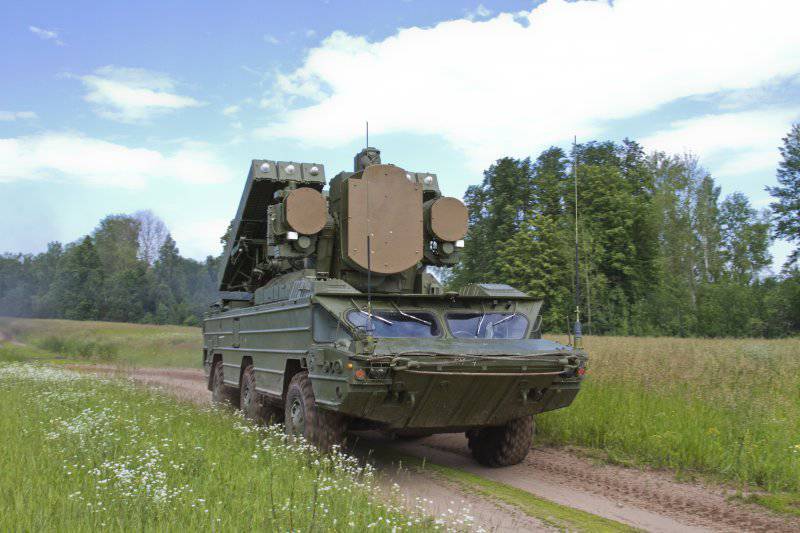 After upgrading, the air defense system is capable of hitting targets at speeds up to 700 m / s at a distance from 1,5 to 10 km. Significantly increased noise immunity. The crew size is reduced from 4 to 3 people. At the same time, a major overhaul of the components and assemblies is being carried out, which ensures the extension of operation to 15-20 years.

Samples will be presented at the stand of the Concern Air Defense "Almaz-Antey", which includes KEMU IEMZ, in pavilion No. 3, stand 303.
We invite you to visit the exhibition from 22 to 25 in May 2014, get acquainted with the latest models of air defense equipment and get advice from our experts.

Reference Information: III International Exhibition "KADEX-2014" and the prospects of domestic air defense systems in the international market
The international exhibition of armaments in Kazakhstan (Kazakhstan Defense Expo, KADEX) is held from 2010, under the auspices of the Ministry of Defense of the republic. The event will be held in Astana from 22 to 24 in May of 2014. More than 200 exhibitors from various countries offering the widest range of products for the armed forces are expected to attend.

Air defense systems are currently one of the most successfully sold products of the Russian military industrial complex. According to the rating of the authoritative yearbook SIPRI, published at the beginning of the year, the Air Defense Concern JSC Almaz-Antey rose over the year to 8 positions and took the fourteenth place among the world's leading suppliers of weapons systems, and maintained leadership among Russian companies (http: //www.sipri .org / research / armaments / production / Top100). During the exhibition, a number of meetings and negotiations with representatives of countries of near and far abroad are planned.
Ctrl Enter
Noticed oshЫbku Highlight text and press. Ctrl + Enter
We are
Models of Tor-M2E, Tor-M2K, Tor-M2KM and Osa-AKM air defense systems at the international aerospace exhibition Aero India - 2015Izhevsk Electromechanical Plant "Kupol" will take part in the International Exhibition "DEFEXPO INDIA-2014"
Military Reviewin Yandex News
Military Reviewin Google News
31 comment
Information
Dear reader, to leave comments on the publication, you must sign in.