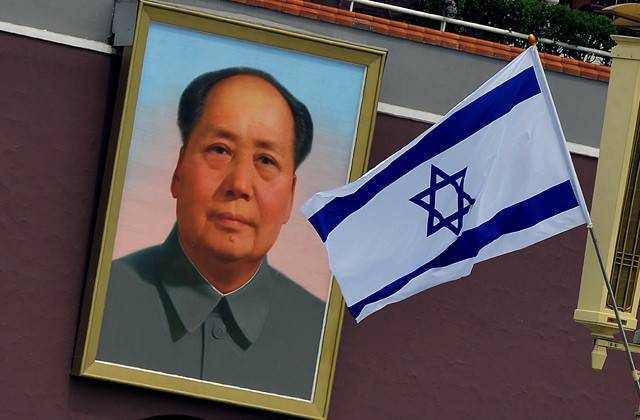 Help create a multipurpose fighter, drones and cruise missiles, despite US pressure Tel Aviv works closely with Beijing
In recent years, Israel has become one of the main exporters of modern weapons to China, despite the opposition of the United States. According to experts, the Israeli military exports to the PRC are second only to those of Russia and have a tendency to noticeable growth.

Takeoff of the Swift Dragon

January 5 2007, the information about the latest Chinese multipurpose fighter Chengdu J-10 "Swift Dragon" was officially announced in Beijing. For experts, his relationship with the Israeli fighter Lavi was not news. The creation of the “Swift Dragon” was another confirmation of the Israeli-Chinese military cooperation, which began in the 80-ies of the XX century.

In 1984, the first reports appeared about the modernization of the Soviet armored vehicles by the Israelis, which were in service with the People’s Liberation Army of China (PLA). According to Andrew Chan, an independent expert at the KANWA Hong Kong Analytical Center, in 1986, a large group of Israeli specialists in the field of military aircraft arrived in the city of Chengdu, the center of the Chinese aerospace industry. Israelis' stay in this Chinese city in the province of Sichuan was surrounded by a dense veil of secrecy.

The emergence of Israeli aviation engineers in China were preceded by a series of events, the meaning and importance of which only came to be understood in recent years. Israel started the Lavi project in the early 80s. The goal of the Israeli aircraft designers was to create a fighter that surpasses the American counterpart in its tactical and technical characteristics - the F-16A / B fighter. The set goal was achieved, which was proved by test flights of the Israeli aircraft. In the United States, they realized that they were dealing with a dangerous competitor. Under the pretext of protecting their own aircraft industry and fears about the possible export of an Israeli fighter jet to regimes unfriendly to the West, the Americans began to seek a complete cessation of the Lavi program. Under American pressure, Israel was forced to curtail the project in 1987.

However, the achievements of the Israeli aircraft designers have not disappeared without a trace. Probably, a secret agreement was reached between China and Israel, under which Israel sold part of the design documentation of the developed aircraft to China. Then Israeli aircraft engineers, who helped develop the Chengdu J-10 fighter, appeared in Chinese Chengdu. 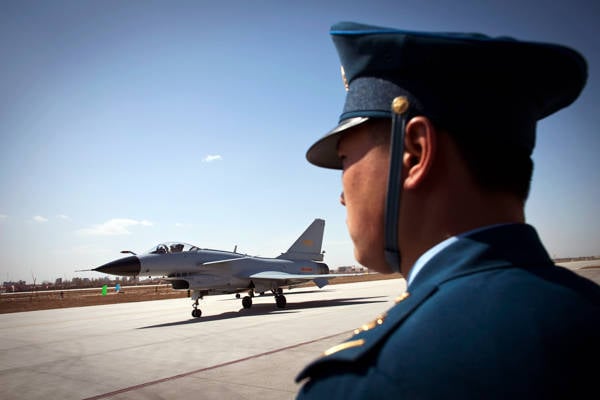 In addition to creating the aerodynamic layout of the Chinese fighter, Israeli specialists assisted in designing a number of electronic on-board systems and, above all, aircraft control systems and radar systems. The Jian-10 radar installed onboard the Swift Dragon is in fact the Israeli ELM-2021 system, as are the fire control systems.

At the same time, China assumed obligations on three points. The first is not to sell the new fighter to direct or potential enemies of Israel. The second is to give Israel the full opportunity to use the developments implemented by the Chinese side, created with the participation of Israeli scientists. Third, both states become full partners in the sale of a fighter to third countries. These agreements between China and Israel remain the basis of Israeli-Chinese military-technical cooperation today. China stated that "China’s consistent position is that the development of normal military cooperation with Israel is a matter of relations between the two countries and does not concern third countries."

Israeli technology in the PRC and US resistance

At the beginning of the 1990 for the first time, it was openly announced about close ties between Israel and the PRC, and on January 22 of the country 1992, they agreed to establish full diplomatic relations. Since then, they have been developing intensively. Israel, as one of the world leaders in the field of high technologies, is interested in Chinese investments in its innovative projects. Over time, the Chinese will be able to compete even with the Americans. To date, more than a thousand Israeli firms are working on various projects in China. 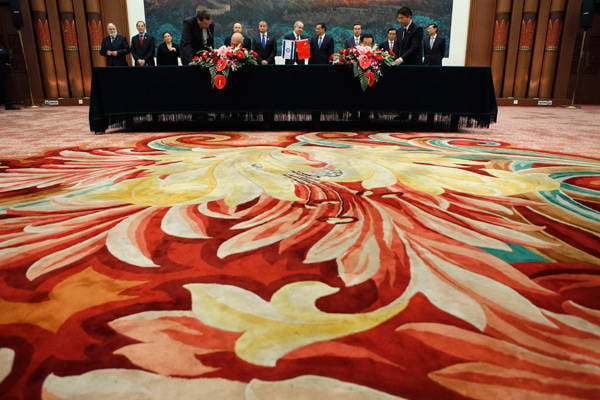 The emerging cooling of relations between Israel and the United States only strengthens the new vector of Israeli politics - the all-round strengthening of economic and military ties with the rapidly developing countries of the Far East and, above all, with China. General Matan Vilnai, in the recent past, deputy head of the IDF General Staff, became Israel’s ambassador to the PRC.

At the same time, Washington is constantly trying to counteract this cooperation. A serious conflict between Israel and the United States arose in connection with the agreement to supply China with radar detection aircraft. Under the terms of the deal, Tel Aviv was to equip three Chinese aircraft with Phalcon radars. However, as a result of tough US pressure in July 2000, Israel was forced to abandon the deal with China, potentially valued at $ 1 billion. Two years later, Tel Aviv paid Beijing $ 300 million of compensation for the failed project.

Along with intensive military-technical cooperation between Israel and China, in recent years there has been a tendency to strengthen direct ties between the armies of both countries. In the PRC, Israeli military experience is being carefully studied. “China must learn from Israel and respond toughly to attempts by the Japanese self-defense forces to go beyond the limits set,” wrote the famous Chinese military commentator Dai Xu about the heightened contradictions between Beijing and Tokyo. 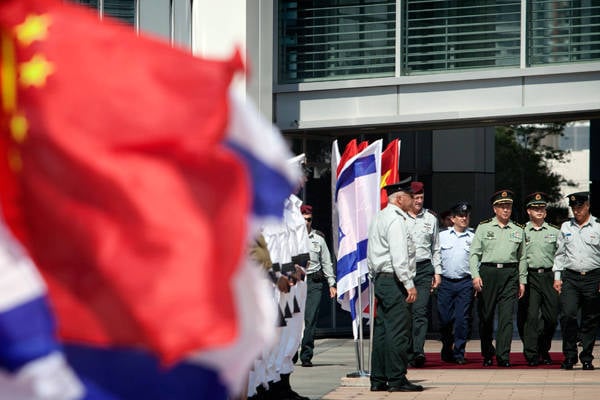 The head of the National Defense Academy, General Liu Yadzhou, who was heading the Chinese military delegation to Israel, spoke of the need to strengthen cooperation with the Israeli air force in order to master their best practices. “If we say that the Air Force is the sword of the state, then Israel is an unsurpassed and excellent swordsman,” Liu wrote in his book “God of War in Heaven”, devoted to the development prospects of Chinese military aviation.

The countries exchanged visits of the chiefs of general staffs, military contacts at various levels, including between intelligence and the Navy, are constantly maintained. Beijing plans to use the Israeli experience in the fight against terrorism, given the problems in East Xinjiang. As part of the agreements reached in Israel, in complete secrecy, a senior officer of the Chinese police was trained to combat 53 terror. They were placed on the base of the border troops in Beit Horon in the north of Israel. At the end of the course, Chinese officers were received by the High Commissioner of Israel’s Police, General David Cohen. However, the Israeli police refused to comment on this matter.

Ctrl Enter
Noticed oshЫbku Highlight text and press. Ctrl + Enter
We are
China: Buys, Copies, ProducesRussia is unlikely to avoid China’s expansion in one form or another.
Military Reviewin Yandex News
Military Reviewin Google News
45 comments
Information
Dear reader, to leave comments on the publication, you must sign in.