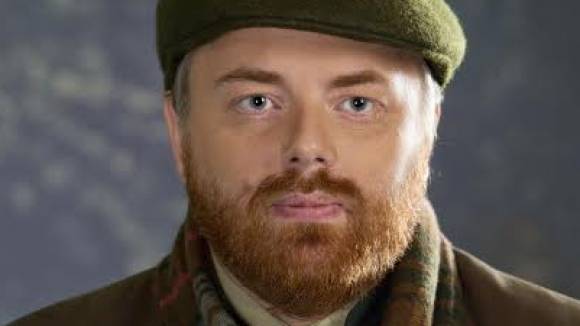 In any political system, the division into supporters of force and supporters of negotiations, into “hawks” and “pigeons”, on foreign policy issues is absolutely normal. Some want weapons approve the national honor and ensure strategic interests; others do not want the destruction of the usual way of life by the war and hope to reach an agreement with everyone. For political balance, both camps are needed, and not just once or twice in stories the defeat of the "pigeons" led to the disaster of the peoples.

However, the peculiarity of the Russian political situation is that, due to the peculiarities of our media, which are practically 100-percent controlled by “system liberals”, if “pigeons” start cooing, their cooing turns into a battle scream and stuns, scoring even official statements, while as the voice of the “hawks” is heard muffled and more or less expressed only in the blogosphere.

The Russian "pigeons" have already managed several times to frighten the participants of the "Russian spring" in the east of Ukraine, creating (despite official statements from the Kremlin) the impression that "Moscow will surrender them."

In addition to the thesis that “the people in Donbas are passive and do not expect any release”, refuted by the uprising in the regional centers and the beginning of the transition to the rebel military units, besides the strange statement that “we don’t need Donbass” (in fact, without Europe’s largest industrial region Russia's full-fledged industrialization is impossible), the thesis of a “trap” is increasingly heard.

They allegedly lure us to Ukraine in the USA, so that Russia, instead of peaceful development (with corruption, ethnic conflicts and national depression), must fight and suppress the partisan movement in Ukraine.

Conspiracy is good because in principle it can not be refuted.

Conspiracy can explain everything. However, no one in their right mind will build a trap from a part of your national territory, which is its south for Russia.

Because the reintegration of this territory has an independent meaning, and the concept of an unacceptable price in this case is almost absent. The trap, as I will show below, will be Russia's refusal to intervene.

The argument, which usually “pigeons” do not express out loud, but which is most essential, is based on the fear of a part of our elite before deepening a split with the west. These people hope that Crimea will perhaps forgive the West, the sanctions will not deepen, but the intervention in the southeast is a point of no return, a violation of the financial and everyday status quo and a change of ideology and requirements for personnel within Russia.

By and large, pigeon cooing covers one meaning: “I don’t want my lifestyle to suffer!”

It is difficult to object here. This is a value choice. For me, the goal of the reunification of the Russian people in one state is, of course, sacred, and no military threats (which no one is going to realize), and especially sanctions, can scare away from its realization. But I have something to object from the point of view of strategic interests.

Russia's non-intervention in a developing crisis or at least limited intervention without achieving a decisive victory puts us on the brink of a geopolitical and military catastrophe. The Kiev regime - not accidentally nicknamed the junta - showed its complete political insanity and incompetence.

His only dominant is Russophobia, his political logic is the transition of Ukraine to total external control. All that they can offer us is that we sponsor Ukraine’s entry into NATO.

If you leave the south-east at the mercy of the junta, in 2, we will receive the NATO bases on Kiev and Kharkov highways, 500 km from Moscow. The entire territory of European Russia - the Caucasus, the Volga region, and the Center of Russia - will be permeable to NATO from the stripped eastern part of Ukraine.

From Lugansk to Volgograd, the same 500 km, which, alas, was checked by our army back in 1942 after the failure of the Kharkov operation. Controlling the east of Ukraine or the Donbass, cutting off the Caucasus from Russia is not a problem at all. In a strategic sense, we roll back to that very same July 1942 of the year.

I'm not talking about NATO air defense and missile defense. Actually, you can forget about any strategic security of Russia after that.

To agree, to hope for the mercy of NATO, the hungry humiliation of Russia after the Crimea, is not necessary. The remains of the mind of politicians in Kiev, even the most moderate, are in the zone of statistical error.

The only responsible politician in Ukraine, Oleg Tsarev, became a victim of the goblins who poisoned him, waving his swimming trunks on the Maidan. There is simply no one to talk to in Kiev, no one guarantees anything there and after the jesterly elections there will be no guarantee.

Judging by Tymoshenko’s plans to create a private army, the next stage in the history of Ukraine will be the division of its militarist groups.

The only way to guarantee security to Russia is to intervene and, first, remove as many territories from submission to Kiev as clearly as possible, knowing that everything that remains in submission to Kiev is doomed to a merciless anti-Russian sweep, for which the Maidan was originally started revolution.

Secondly, try to inflict a defeat on the Kiev junta that will force it to stop its existence and start the process of Finlandization of West-Central Ukraine. Without a clear and demonstrative complete defeat, such memorization is impossible.

And after the defeat will follow the penalty. Calls for non-interference are, alas, not calls for sanity, but calls for early admission of defeat.

Events in Ukraine are developing quite well in the sense that Turchinov’s army is falling apart - paratroopers raise Russian flags and go along with the airborne troops, the pilots refuse to sit at the controls - and instead have to use mercenaries from Eastern Europe. And it is likely that the junta will crush itself, breaking up against the people. But this will not happen if the threat of Moscow’s 100-percent readiness to intervene will not hang over Kiev.

Ground operation is an extreme measure (but if necessary, it should be done without hesitation). However, Russia should at least act on the Libyan option. Kiev should be informed that a no-fly zone is being introduced over the east of Ukraine.

Russian air defense systems and aviation must completely interrupt all air communications in order to exclude the possibility of using attack aircraft and helicopters against the rebels, and especially the civilian population. With the exclusion of the dominance of Kiev in the air and provided that the rebels will have a sufficient amount of heavy weapons, armored vehicles and competent officers, they will cope themselves.

Since the Yanukovych regime fell, Russia without any alternatives is doomed to intervene in Ukraine. It’s great that we rapidly and beautifully improved our strategic positions by returning Crimea. Sadly, the rest of the issues cannot be resolved as gracefully as the junta apparently seeks bloodshed and will achieve it. However, the transition to neutrality will only lead to the fact that in our south-western underbelly a thousand knives will be buried.

Just look at the Russian-Ukrainian border and think that this is not a border, but a front line with a hostile military bloc. And only decisive action can change this situation.

I will not talk about the political reorganization of the south-east of Ukraine, although after the announcement of a military operation against their peaceful citizens by Turchinov, Ukraine will have to be forgotten about the federal government. Either a unitary and anti-Russian Ukraine will be built on the mountains of corpses, or Kiev will never be obeyed there.

But the military-strategic border of Russia must pass along the Dnieper and Dniester.

Ctrl Enter
Noticed oshЫbku Highlight text and press. Ctrl + Enter
We are
Way out of chaosMilitary reform as an integral part of the security concept of the Russian Federation: Systematic dynamic assessment
Military Reviewin Yandex News
Military Reviewin Google News
27 comments
Information
Dear reader, to leave comments on the publication, you must sign in.