Russian helicopters in the sky of Chile 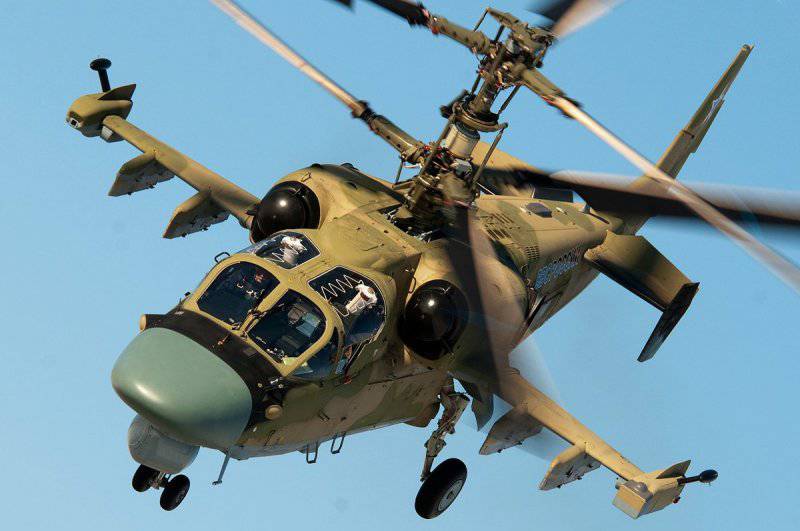 The other day, the FIDAE-2014 aerospace exhibition opened in the capital of Chile, Santiago. For Russia, this event is remarkable: after the next Russian triumph weapons domestic defense enterprises can easily get all the buns on the promising arms market in Latin America. And it is not only about the supply of weapons, but also about its production directly in South American countries.

Representatives of Russian companies expect that the FIDAE-2014 exhibition will help to conclude several extremely profitable contracts with the Chilean government. According to Alexander Fomin, director of the Federal Service for Military-Technical Cooperation (FSVTS), Russia can provide Chile with many types of weapons. Any whim of the Chilean Ministry of War will be immediately implemented: do you need small arms? No problem! Need a transport aviation? Contact. Special equipment? Help!

Alexander Fomin noted that Chile traditionally buys weapons in the countries of the Western world, including the United States, but Russia plans to change this trend in the near future. The official believes that domestic weapons have such competitive advantages over foreign ones as simplicity, ease of use, and durability. An important role is played by the optimal cost of Russian weapons.

In addition, the head of the FSMTC offers the Chilean government cooperation in the production of weapons. Russian companies have already demonstrated their willingness to interact with Chilean partners, all that remains is to sign an agreement.

In 2010, Russia almost pressed its main competitor, the United States, into the Chilean market. Then, the Chilean military department wanted to acquire the latest models of aviation equipment in Russia, but a tragedy happened: the country was shocked by the strongest earthquake with a magnitude 8,8 score, which caused considerable economic damage. The money that was planned to be spent on the purchase of arms was used to restore the infrastructure, and an agreement between Russia and Chile could not be signed.

However, four years later, Russian manufacturers had another chance to seize the Chilean arms market. The Chilean government is again showing interest in Russian-made aviation technology. First of all, we are talking about helicopters - they are ideal for operations in the Andean highlands. Of course, the republic’s defense ministry is not averse to buying assault planes, fighters, and military transport aircraft, albeit in smaller volumes: it’s hard to imagine where in the Andes you can find a landing strip for Il-76 or a similar giant.

Thus, the threat to the US arms monopoly in Chile is looming. Is that why Barack Obama calls on European leaders to start a fight with Russian military-industrial enterprises as soon as possible? Under the guise of sanctions, allegedly in connection with the crisis in Ukraine, the head of the White House is trying to oust Russia from the Chilean market. But it doesn’t say this directly: having learned the true motives of Washington, many countries will refuse to join the announced sanctions and will act exclusively in their own interests, ignoring the appeals of the United States.

In addition to Chile, Russian arms enterprises may soon begin to supply their products to other Latin American states. For example, Russia's plans are to conclude a sale agreement with Peru tanks T-90.

Although the relevant agreement has not yet been signed, Russian representatives in Lima are actively marketing. One of the T-90 tanks has already been tested in Peruvian conditions, and the Latin American military could clearly see the practicality and reliability of Russian-made equipment. Now officials from Peru are invited to Russia - so they can get acquainted with the technology better.

To date, Peru has at its disposal several hundred tanks, of which 300 are Soviet T-55 and the same number are French AMX-13. Additionally, the authorities are planning to purchase 140 machines, new or used.

In addition, in previous years, agreements on the supply of helicopters were concluded with Peru.

Not less ambitious work is carried out in Brazil - in a country that is considering the creation of a Russian-Brazilian joint venture. It is expected that this company will build the latest T-50 fighter, designed by Russian engineers.

The FSMTC expects that the membership of Russia and Brazil in BRICS will allow both countries to come closer to each other not only economically, but also militarily. Indeed, in modern conditions, military-technical partnership is one of the main factors for the preservation of state independence and regional stability.

Brazil also wants to buy Pantsir-1С anti-aircraft missile systems from Russia. Negotiations on the supply of this technology are underway, but it is still far from the final stage. However, the Brazilian government has already announced that it will use the acquired complexes to provide security during the upcoming World Cup. This means that it can be expected that the agreement on the supply of “Pantsir-1С” will be signed before the end of spring.

What is in perspective?

Trade victories in Chile, Peru and Brazil can open access to other markets for the South American continent to Russian weapons. But even if one of the potential partners refuses to buy Russian equipment, there is nothing wrong with that: Russia is closely monitoring the situation on the Latin American arms market and is ready to respond immediately to any offers of cooperation.

According to experts, Russia has the most chances to succeed in Peru. The armed forces of this country have long used Soviet and Russian weapons, and will not refuse it. In addition, the domestic defense enterprises in the Peruvian market have practically no competitors - few states are able to manufacture equipment suitable for use in the difficult climatic conditions of South America.

In Chile, the situation is more complicated, and if the FIDAE-2014 exhibition does not bring the expected results, you should not be upset. At the same time, the purchase of Russian weapons by the Chilean defense ministry will be an important achievement and will strengthen the positive image of Russia in the eyes of Latin American partners. Perhaps a few more countries will want to buy Russian weapons.

The situation with Brazil is simpler. Experts consider negotiations with the Brazilian Ministry of Defense to be very successful. Obviously, the Brazilian government has set itself the goal of acquiring Russian weapons, and it remains to discuss only the details of the transaction.

At the same time, Russia faced serious competition in Latin America. In addition to the United States, which is trying to monopolize the South American arms market, China poses a threat to Rosoboronexport. But, despite tough opposition from competitors, the products of domestic defense enterprises still remain in demand in the Latin American republics: cheap, effective and undemanding Russian weapons have superb proven themselves in the highlands, and in cities and in tropical rain forests.