Former US ambassador to Moscow: America has no right to lecture others on sovereignty 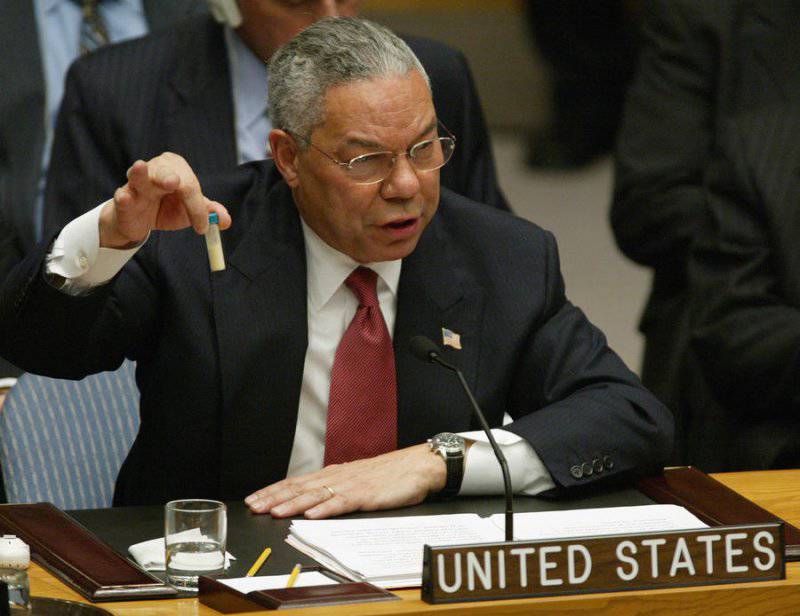 Former US ambassador to Moscow, Jack Matlock commented on the statements of the US Secretary of State, who called Russia’s statement about a possible deployment of troops to the territory of the Crimea a “incredible act of aggression”. According to the American diplomat, "reading by the United States of lectures on the observance of sovereignty and territorial integrity can be perceived in the world as a claim to special rights that others are not recognized." RT provides a complete list of transactions conducted by the United States under highly questionable pretexts.

Commenting on the situation with the possible introduction of Russian troops in the Crimea, the US Secretary of State threatened Moscow with economic and political sanctions. According to John Kerry, Russian President Vladimir Putin "made a stunning and informed choice," deciding to use the military in the territory of another state, under "an absolutely contrived excuse."

“Such behavior is“ absolutely unacceptable in the 21st century and more like the 19th century, ”he added.

Commenting on Kerry’s statements, the former US ambassador to Moscow, Jack Matlock, said that the United States’s behavior in the international arena deprived the credibility of its reference to the need to respect sovereignty and territorial integrity in relation to Ukraine.

In his blog, Matlock writes that America does not have the right to lecture others on sovereignty.

“The Russians can, not without reason, assert that the United States is interested in territorial integrity only when it is in their interests,” the diplomat wrote in his personal blog. “The record of US governments shows that they ignore all territorial integrity when it suits them, as when they, along with NATO allies, violated the territorial integrity of Serbia by creating and then recognizing independent Kosovo. And besides, they supported the separation of South Sudan from Sudan, Eritrea from Ethiopia and East Timor from Indonesia. ”

“As for the violation of sovereignty,” adds Matlock, “Russia can easily recall that the United States invaded Panama to arrest Noriega, invaded Grenada to prevent American citizens from being taken hostage (although no one was taken hostage), Iraq invaded Iraq. a false pretext that Saddam Hussein had weapon mass destruction that in many countries they are already striking unarmed people from their UAVs. ”

"In other words, lecturing on the observance of sovereignty and territorial integrity can be perceived in the world as a US claim for special rights that are not recognized for others," ITAR-TASS quotes Matlok.

US military interventions over the past 30 years

Grenada 1983
The invasion occurred on November 25 1983. The formal purpose of Operation Outbreak of Rage was to protect American citizens on the island. Moreover, the Organization of American States allegedly asked for the restoration of stability in the country. Later it turned out that this appeal was made on the initiative of the American government. The absolute superiority of the United States in firepower has done its job - the whole operation took only three days.

Nicaragua 1985
The following threat the United States saw in Nicaragua. In 1985, the United States effectively declared an economic blockade on the country. After all, the overthrow of the pro-American dictator Anastasio Somoza and the coming to power of the Sandinistas in 1979 were clearly not included in the plans of Washington. Instead of the loan promised to the government of Nicaragua several years earlier, the States extended a helping hand to the so-called contras detachments. So they contributed to the creation of an organized armed opposition in the country.

“We have an obligation to help fighters for freedom and democracy everywhere: from Afghanistan to Nicaragua,” said then-president Ronald Reagan.

No other state joined the blockade of Nicaragua. Opponents of the Sandinistas also spoke in favor of lifting sanctions. Moreover, even the American Congress eventually abandoned the idea of ​​supporting the Contra rebels. This led to one of the biggest political scandals in stories USA. At the end of 1986, Iranian journalists published evidence that members of the Reagan administration organized clandestine arms shipments to Iran. The money just went to finance the Nicaraguan opposition - bypassing the ban of Congress. This was a serious blow to the international image of the United States. However, even after this, the American authorities did not abandon the idea of ​​democratizing the world. Their next goal was Panama.

Panama 1989
“The US’s task is to safeguard the lives of Americans, protect democracy in Panama, fight drug trafficking and enforce the Panama Canal Agreement,” said George Bush Sr. in an address to the nation in 1989.

The United States launched a "psychological war" to overthrow the local government. The commander of the armed forces, Manuel Noriegu, was accused of selling drugs and other crimes. Economic sanctions were imposed against Panama. Later, under the pretext of protecting their citizens in the country, the US government approved a military operation.

Iraq 1991
In 1991, US troops entered Iraq. The motive for Operation Desert Storm was Iraq’s attack on Kuwait. Sanctions were imposed on Iraq, the UN Security Council was convened and an international coalition led by the United States was formed.

Haiti 1994
After becoming president of the United States, Democrat Bill Clinton continued the policy of his predecessors, Republicans, already in Haiti. In Operation Support Democracy, with the goal of returning to the country the legitimate President Jean-Bertrand Aristide, overthrown by the military junta, the states of the Caribbean, Latin America and Europe were ready to participate. And that means - the criticism from the world community promised to be minimal. 19 September 1994 American troops landed on Haiti. They met no resistance.

Yugoslavia 1995
The very next year, in violation of the principles of international rights and without a UN Security Council resolution, the first large-scale military action in the history of NATO took place in Yugoslavia. As part of the Bosnian war that began in 1992, the United States and its allies in the North Atlantic Alliance took a unilateral anti-Serb position and actively supported Bosnian Muslims. In 1995, Operation Deliberate Force was carried out. Bosnian Serb positions bombarded by air aviation NATO.

Afghanistan, Sudan 1998
In 1998, the United States for the first time justified the use of military force in the fight against international terrorism. In response to the attacks in the American embassies in Tanzania and Kenya, the United States launched Operation Unlimited Reach. The US Air Force attacked cruise missiles at several training camps for al-Qaeda militants in Afghanistan. In addition, a pharmaceutical factory in Sudan, which, according to the US authorities, was used for the production of chemical weapons, came under rocket fire.

Yugoslavia 1999
Then, in 1999, US forces entered NATO in the coalition forces of NATO. The excuse is the accusations of the Serbian authorities in ethnic cleansing and crimes against humanity. Like striking the positions of the Serbian forces in 1995, Operation Allied Force was positioned as “humanitarian intervention.” The capital of Yugoslavia, Belgrade and other settlements of the country, were subjected to mass rocket fire and bomb attacks.

Afghanistan 2001
After the September 11 attacks, the US got involved in the longest military campaign in the country's history. This time on the territory of Afghanistan. The operation under the symbolic name "Unlimited Justice" began after the failure of the Taliban movement to hand over Osama bin Laden, whom the United States called the main organizer of the attack on the twin towers in New York and the Pentagon building in Washington. In October, 2001 began rocket attack and bombardment of Taliban positions. The UN sanction on the entry of military troops into Afghanistan - the International Security Assistance Force - appeared after the start of the American operation.

Iraq 2003
In 2003, Iraq was re-intervened. The US authorities, using false intelligence and fabricated evidence, tried to convince the world that Iraq is developing weapons of mass destruction. For more convincing, the then US Secretary of State Colin Powell even presented a tube with biological weapons at the UN General Assembly, allegedly obtained by American intelligence officers in Iraq. In March, 2003 began Operation Iraqi Freedom, within which one of the largest military scandals in US history occurred. During the storming of the city of Fallujah in 2004, American troops used white phosphorus against the residents of the city — a chemical that literally burns skin and flesh to the bones when it hits the body. The war officially ended only in 2011, when the last American troops were withdrawn from Iraqi territory.

UAVs in Yemen, Pakistan, Somalia, Afghanistan 2002 - to present
In 2002, the United States is launching an active campaign for the use of unmanned aerial vehicles in Yemen, Pakistan, Somalia and Afghanistan. The use of UAVs has become part of the American program to combat international terrorism. Representatives of the United Nations and other international organizations have repeatedly criticized the actions of the United States, saying that the strikes of drones on the territory of other countries have no legal basis, and civilians are often the victims of drones.

“The Afghans died in the war, but this is not our war. It is being conducted to ensure US security and in the interests of the West, ”Afghan President Hamid Karzai recently said in an interview with The Washington Post. According to Karzai, he is deeply concerned about the large number of victims in his country and the tragic fate of those who died as a result of operations by the US military.

The Obama administration states that the United States conducts operations to eliminate terrorists in accordance with the US Constitution and the law passed by Congress after the September 11 attacks of 2001.

Libya 2011
In February, the 2011 of the year in Libya broke out an armed conflict between government forces led by Muammar Gaddafi and opposition groups. The UN Security Council sided with the opposition, accusing the Libyan authorities of suppressing peaceful protests using military aircraft, which has not yet been proven. March 17 The Security Council adopted a resolution imposing a ban on all flights over Libya and opening up opportunities for foreign military intervention.

In the military operation, which lasted more than six months and officially ended with the killing of Gaddafi in October 2011, the United States, France, Great Britain, Spain, Italy and Qatar took part. However, armed clashes between various militias and paramilitary groups in Libya continue to this day.