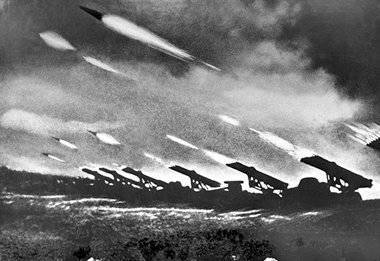 72 a year ago, the United States entered World War II. According to the common belief of Americans, this fact predetermined its final outcome.


Many Americans (hardly mistaken if I say that the majority) are firmly convinced that their country made a decisive contribution to the victory over Germany and Japan in World War II and that the USSR would have been crushed by Hitler without American supplies. weapons. On the Internet, you can often stumble upon sincere statements by US residents, such as "we saved the Russians from Hitler" in different variations. Sometimes the assertions that “without the Americans we would not have won the war,” can now be heard from compatriots.

The author does not intend to deny the significant role of the United States in the victory over the countries of the aggressive bloc, especially Japan, the substantial assistance of the United States to the Soviet Union with military materials in 1941 – 1945. The idea is to accurately identify the magnitude of this role. 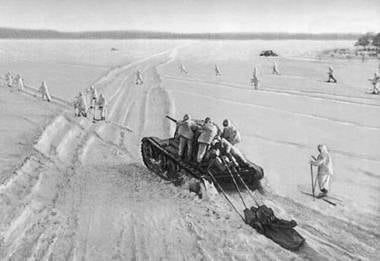 Without a doubt, Americans have the right to be proud of what their country did during the Second World War. The USA (in alliance with the countries of the British Commonwealth) inflicted major defeats on the naval and air forces of Japan, and caused serious damage to the military and industrial vehicles of Nazi Germany. The role of the United States in supplying the USSR with weapons, vehicles, valuable industrial raw materials, medicines and food during the war is also important (its value is lower). As a result of the Second World War, the United States became the superpower dominant in most parts of the globe. The United States achieved these outstanding results at the cost of relatively small losses - only 322 200 US citizens died, almost exclusively military personnel, since military actions almost did not affect the territory of the United States. At the same time, the United States avoided a fall in the living standards of its population. On the contrary, their economy experienced an intensive rise throughout the war years.

There are no grounds for ascribing merit to the United States in World War II beyond the above. Let us now deal with this role with specific examples.

In March, the United States Congress 1941 passed a law granting countries “whose defense is important to US interests” preferential loans for the purchase of weapons and other military materials from the United States. The duty for weapons and materials that would have been expended during the war was declared written off. This system has received the well-known name lend lease. The first recipient of American aid was England. She also remained the main recipient of Lend-Lease deliveries during all the years of the Second World War ($ 31,4 billion; $ 11,3 $ USSR).

The Lend-Lease Act was extended to the USSR only on November 7 of 1941 of the year, but actual deliveries began earlier after September 30 of 1941 during a visit to Moscow of the special representative of US President W.A. Harriman and England’s Minister of Military Industry U. Beaverbrooke first delivery protocol signed

The total volume of deliveries under the Lend-Lease in the USSR is usually estimated at 4% of the total volume of USSR GDP during this period. However, this is not an indicator, since Lend-Lease assistance was not intended to replace the military production of the USSR. A more objective, though differentiated, indicator is the share of American supplies for certain types of military production. Here it is also necessary to take into account that the main assistance with weapons came to the USSR in 1941 – 1942, then the main emphasis in the supplies was made on military materials scarce in the USSR and on food. 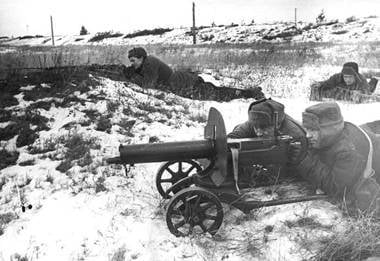 The US assistance to our country was significant in such types of products, for example, canned meat (480% of the production of the USSR over the years), non-ferrous metals (from 76% to 223% for various metals), animal fats (107%), wool (102%), car tires (92%), explosives (53%). The supplies of trucks (375 thousand), jeeps (51,5 thousand), barbed wire (45 thousand tons), telephone cable (670 thousand miles), telephone sets (189 thousand pieces) were significant. Deliveries of the main types of weapons amounted to 12% of the output by Soviet factories tanks, 20% of the release of bombers, 16% of the release of fighters, 22% of the release of military vessels. Of particular note is the supply of radars (445 pieces) [ii].

Known is the unofficial assessment of the role of Lend-Lease supplies for the course of the Great Patriotic War by such authority as Marshal G.K. Zhukov (reported by KGB chief VE N. Semichastny N. S. Khrushchev, it served as one of the reasons for removing Zhukov from his post in 1957): “Now they say that the Allies never helped us ... But you can't deny that the Americans were driving us so much materials, without which we could not form our reserves and could not continue the war ... We got 350 of thousands of cars, and what cars! .. We did not have explosives, gunpowder. There was nothing to equip ammunition. The Americans really bailed us out with gunpowder and explosives. And how much they drove us to sheet steel. Would we be able to quickly start the production of tanks, if not for the American help with steel. And now it’s a matter of fact that we had all this in abundance ”[iii]. It is necessary, however, to bear in mind that in this quotation many expressions could be deliberately distorted in order to present the speaker in an unfavorable light.

The fact remains that in the most difficult period of the war for our country - in the summer and autumn of 1941 - no lend-lease supplies were made in the USSR yet. The fascist German armies were stopped at the approaches to Leningrad and Moscow exclusively with our weapons. It would be correct to assume that American economic assistance to the Soviet armed forces (which had developed in large quantities only since 1943 of the year!) Accelerated the final defeat of the German fascist troops on the Eastern Front. But it would be a mistake to conclude that without such help this victory would not have come at all.

2. "The landing in Normandy was the decisive battle of the war"

The invasion of US and British troops into Northern France, which began on 6 on June 1944, in the West attaches importance to the turning point during World War II. However, this estimate ignores the fact of the numerous defeats that the Wehrmacht had already suffered on the Eastern Front since December 1941. Since November 1942 of the year, with the exception of short-term episodes of the counteroffensive near Kharkov and the initial stage of the battle of Kursk, German troops in the East were in strategic defense. By the summer of 1944, the Soviet armies liberated most of the territory of the USSR originally captured by the Hitlerites and in a number of places reached the USSR state border. The final outcome of the war was no longer in doubt, and this outcome was determined precisely on the Eastern Front. 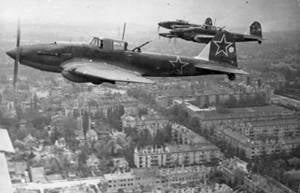 Taking into account the overall strategic picture of the Second World War, the traditional point of view of Russian historiography seems to be more reasonable, according to which the landing of Anglo-American troops in Normandy was undertaken in the summer of 1944, with the aim of preventing the final defeat of the Wehrmacht by Soviet troops alone.
The scope and intensity of the battles in the Western European theater of operations (theater of operations) in 1944 – 1945. I have never come close to what happened on the Eastern Front not only in 1941 – 1943, but also in these last two years of the war. The Soviet-German front until the very 9 in May 1945, remained the main front in Europe.

By January 1945, at the time of the maximum exertion of German forces on the Western Front caused by an attempted offensive in the Ardennes, parts of the Wehrmacht in the West totaled only 73 divisions [iv], while in the East at the same time there were 179 German divisions. In general, 80% of the personnel of the German army, 68% of its artillery, 64% of its tanks and 48% aviation Luftwaffe during this period were used against the Soviet troops [v]. Thus, in the last year of the war, the main forces of the German army did not fight in the West, but in the East.

On the Eastern Front, the Wehrmacht suffered decisive losses in World War II. 70% of all German aircraft destroyed during the war, 75% of lost tanks and 74% losses of German artillery fell on the war with the USSR [vi]. It is more difficult to always estimate the number of casualties. However, the Wehrmacht's list of connections shows that in all the years of the Second World War, the German land divisions were completely defeated on the battlefield and deleted from this list of 130. Of these, 104, that is, 80%, were defeated by the Soviet troops [vii].

3. "The United States alone defeated Germany in the West and Japan"

The myth of the decisive role of the United States in World War II is aimed at reducing the role not only of the USSR, but also of other members of the anti-fascist coalition - the countries of the British Commonwealth and China. Meanwhile, when we speak about those theaters where American troops acted, it must be borne in mind that they fought every time as part of the coalition forces, not always having a majority in them.

The United States actually entered the war to the east of the Atlantic only by landing in North Africa on 8 on November 1942. And it was a blow, not even in Germany, but in Italy and Vichy France. In 1940 – 1942 British Commonwealth forces themselves repelled a series of offensive "axis" in North Africa. The British victory at El Alamein in October-November 1942, which resulted in the final turning point in the war on the Mediterranean theater of operations, was won before the arrival of American troops.

The role of American supplies in the armament and equipment of the British troops was significantly higher than their role for the Soviet troops. However, the subjects of the British Empire paid for these supplies with their blood. In World War II, 364 killed thousands of residents of the United Kingdom (1 / 6 - civilians) and 109 thousands of inhabitants of the British dominions and colonies [viii], that is, a total of more than Americans.

Until the summer of 1944, the number of ground forces of the British Empire who fought with opponents in the West and Asia-Pacific theaters (and together, and each separately), consistently exceeded the number of American troops stationed there [ix]. Only after the landing in Normandy, this ratio began to change slowly.

In the “Battle of the Atlantic”, the role of the British Navy, which destroyed the German submarines 525 (while the US Navy - 174) [x], was decisive.
In the APR, the Americans fought together with the Australians and the British colonial forces in India. In addition, it is impossible to discount here the constant (albeit passive in itself) factor of China, which constantly distracted more than half of the Japanese land army and the considerable forces of Japanese aviation. These forces in the aggregate, and not only the Americans, ensured the Allies victory over the sea and air power of Japan. And, as has been repeatedly written, it was the USSR’s entry into the war against Japan, and not the atomic bombing, that was the “last sword strike” that forced Japan to capitulate.

Thus, even on those WWII theaters where the decisive role belonged to the Western allies, the role of the United States in the coalition forces cannot be regarded as absolutely dominant.

Ctrl Enter
Noticed oshЫbku Highlight text and press. Ctrl + Enter
We are
Diplomats of the People's Commissariat of Defense: on the eve and during the warMyths of the Great Patriotic. Papier mache helmet
Military Reviewin Yandex News
Military Reviewin Google News
439 comments
Information
Dear reader, to leave comments on the publication, you must sign in.