India decided to withdraw from the air force MiG-21FL fighters 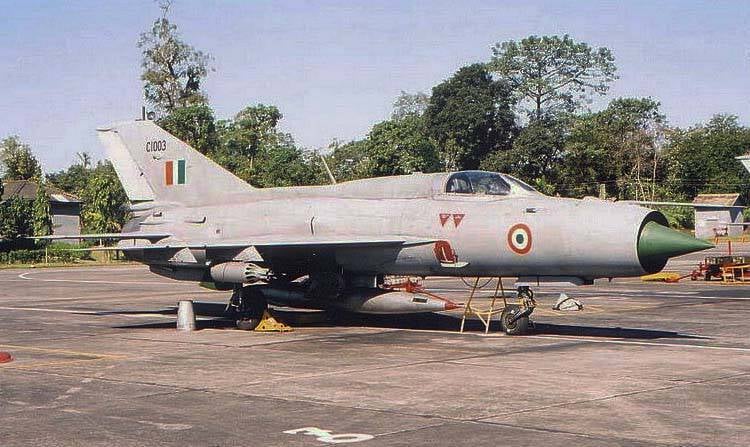 A ceremony will be held at the Indian Qalaikund airbase in the eastern state of West Bengal on December 11, dedicated to the withdrawal of MiG-21FL fighters from the air force, the country's Defense Ministry reported.


The ceremony will be attended by the Air Force commander Marshal aviation Norman Anil Kumal Brown, one of the first to pilot the MiG-21, and other Indian military leaders. Paying tribute to this combat aircraft, which for a long time formed the basis of Indian military aviation, the MiG-27 and Su-30MKI fighters will fly over the airbase in parade, and the MiG-21FL link will complete the parade.

# {weapon} “At this ceremony we will see these fighters for the last time in the air. Combat vehicles that opened the supersonic era of the Indian Air Force will be forever gone history military aviation ", - noted in the Ministry of Defense of India, ITAR-TASS.

“I flew these fighters for more than 10 years,” said retired air marshal Srinivasapuram Krishnaswami. “This outstanding aircraft was one of the best tactical and technical characteristics among the front-line fighters of various countries at the end of the 20th century.”

As acknowledged by the current commander-in-chief of the Indian Air Force Brown, he also “began his pilot career on the MiG-21, and then began to fly the Jaguar (co-produced in France and Great Britain).”

“I was often asked how I could transfer from one winged car to another,” he said. - To this question, I and my comrades answered: "We are flying on another plane, but our heart is still with the MiG-21."

The agreement on the licensing assembly in India MiG-21, its engines and armaments of the USSR and India signed in August 1962. Before that, India mainly bought weapon in the West.

For many years, the MiG-21 was the main striking force of the Indian Air Force, successfully used in the Indo-Pakistani war of the 1971 of the year and during the so-called Kargil conflict of the 1999 of the year.

At the same time, the MiG-21 in India was distinguished by a high accident rate.

At various times, it was reported that the MiG-21 in India will continue to fly until the 2018 year or even the 2025 year.

Ctrl Enter
Noticed oshЫbku Highlight text and press. Ctrl + Enter
We are
The Brahmos missile was almost completely integrated with the Su-30MKI fighterAzerbaijan hosted a military parade
10 comments
Information
Dear reader, to leave comments on the publication, you must to register.