October 22 2013
24
October 16 website published an article about Hanna Reitsch. In the comments, the question rightly arose: “Were there women of such magnitude in the USSR?” There were, and very many. One of them is Valentina Grizodubova, who enjoyed a much more significant status in the USSR than Hannah Reich in Germany. Yes, and flew Grizodubova and above, and beyond! 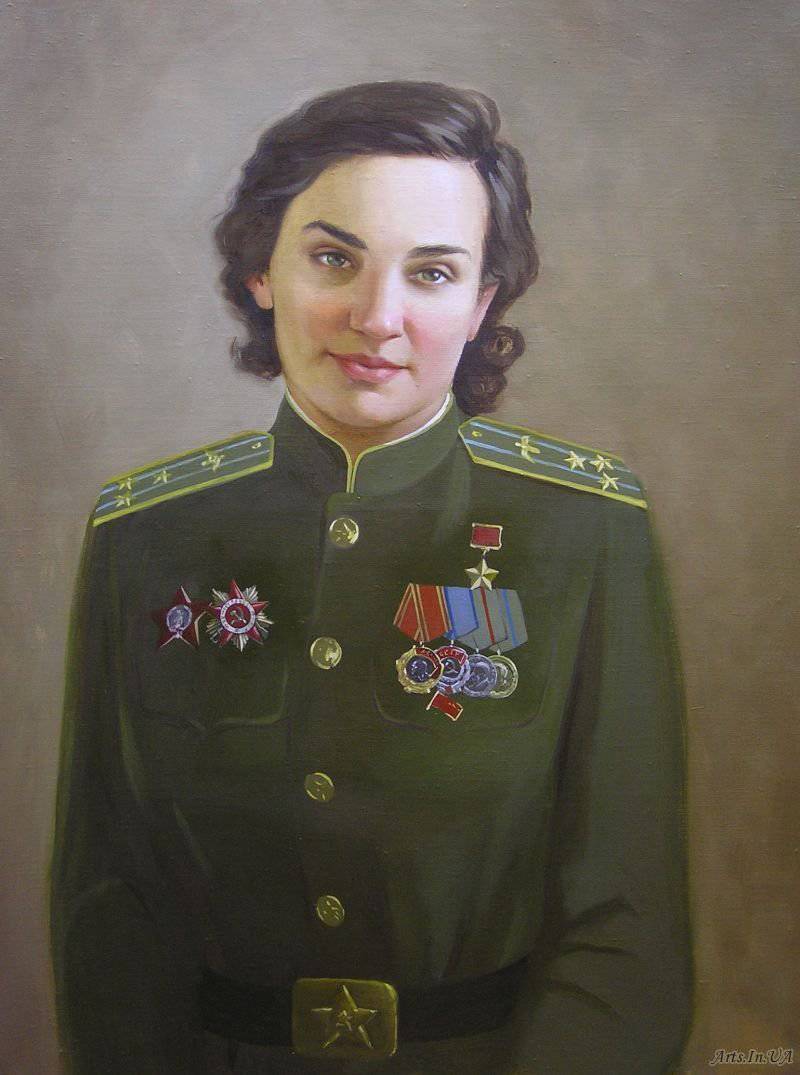 Valentina Stepanovna Grizodubova was born in Kharkov in 1910 year. Her father, a talented self-taught man, obsessed with a passion for the sky, bought several shots from the film about the Wright brothers in the cinema and began to build a copy of an American airplane based on them. It is difficult to imagine how family relations were built, the head of which spent all the money earned on building a “flying bookcase”. Surprisingly, the wife fully supported her husband in his passion. In 1912, the third (!) Unit, built by Stepan Grizodubov, flew. From early childhood, Valya heard: "engine", "fuselage", "chassis", "console". When she was 2,5 of the year, her father, having tied her daughter to himself with straps, took off with her in the air on his device. So little Valya first touched the sky. 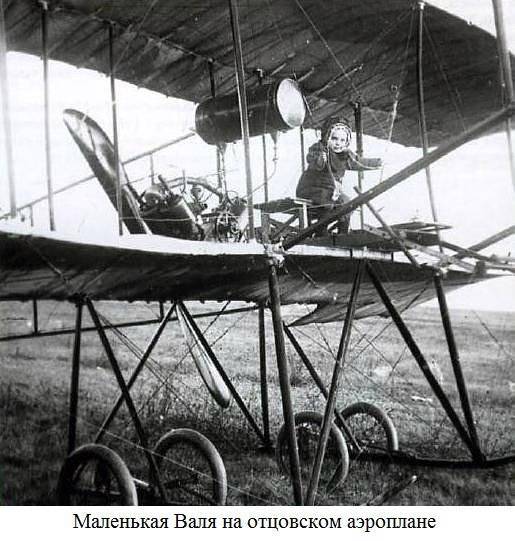 Time went by. Valia Grizodubova graduated from high school and college in piano class. She submitted documents to the Kharkov Technological Institute, at the same time to the conservatory - and she becomes a student of two higher institutions at once. Valentina could become an engineer, she could become a musician, but she became a pilot.

In 1928, the flying club is created in Kharkov. All the youth of the capital of Ukraine seeks to get into the first set. They take the best of the best - and only guys. Valentina made her way to the reception to Ordzhonikidze and, with his assistance, achieved enrollment in the first group. One year course it takes three months. As one of the best aviators, it is sent to the Tula Air Sports School and then to the First Penza Aviation School of instructor pilots. Since 1930, Grizodubova has been an instructor pilot, and already herself “puts on the wing” future Stalin falcons. 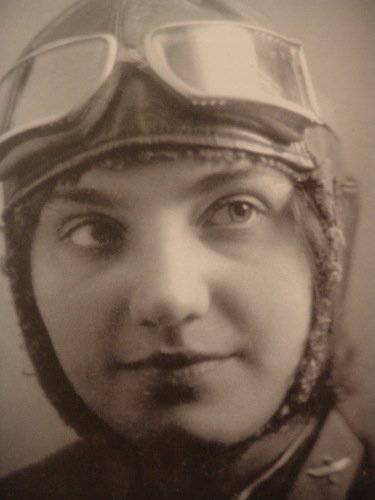 Since 1934, Grizodubova - the pilot of the squadron. Ukraine, Belarus, Bashkortostan, Kyrgyzstan, Transcaucasia, Pamir, Kabardino-Balkaria swim under the wing of her plane. Fergana. Just imagine the effect of the appearance in a small town, village, village, aul (where the engine was not seen!) Of the plane! Yes, even managed by a girl! Well, who else should agitate for the Soviet power?

But Grizodubova strives not just to fly, but to fly faster than anyone, above all, beyond all. In 1937, she decided that she had already “matured” in order to set records. Transplanted to different types of aircraft, it sets the 1937 world records for altitude, speed and range of flight for one 5 year, overlapping the previous ones. (Flight Moscow - Aktyubinsk: 1443 km in a straight line, the previous record - 800 km.) But the main record is still ahead.

In the spring of 1938, the brave French female pilot, Dupéiron, without landing, flew 4360 km. Hearing about this record, Grizodubova decided: “I'll beat you!”

September 24 The twin-engine ANT-1938 took off from the Schelkovsky airfield with the proud name of Rodina. The crew commander is Grizodubova, the co-pilot is Osipenko, the navigator is Raskova. The destination is the Far East, Khabarovsk. The goal is to set a world record for a nonstop flight range.

The first 10 hours passed without incident. Over Siberia, the plane hit a zone of continuous clouds, began to icy. The temperature in ANTa, which did not have heating, dropped to -35 degrees. Covered with ice and icicles radio station out of order. The plane is deaf and blind. The crew drove the car through the sun and the stars. Through 22 hours of flight, the pilots saw the coast of the Sea of ​​Okhotsk. Grizodubova deployed the plane and headed for Komsomolsk-on-Amur, before which it was still 5 hours of summer. But after 4, a red light blinked in alarm, indicating that the fuel was left for 30 minutes. It is clear that you will have to sit in the taiga, "on the belly." Valentina orders Raskovoy to leave the plane: the navigator’s cabin is located in the bow, which will take on the first and most powerful blow when landing. Raskova jumped out with a parachute. (Only after 10 days wandering through the taiga, 5 October, it will reach the landing site of the aircraft.) Contrary to fears, Grizodubova managed to skillfully land the plane on a dried-up swamp, only slightly bending the propeller blades. (Subsequently, the ANT was evacuated, and it flew on domestic airlines for several more years.) 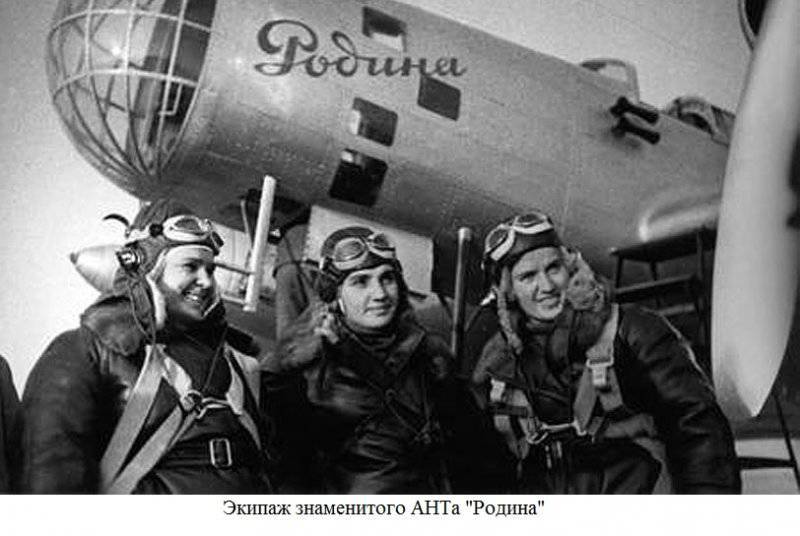 As soon as the estimated flight time expired, pilots began to search. They were looking for a plane from Chita to Sakhalin, and found only 3 of October, and 27 of Grizodubov, Osipenko and Raskov were in Moscow. 26 hours and 29 minutes driven by the female crew of the ANT flew 6450 km (5947 in a straight line), cutting off the French record by more than 1500 km. 2 November 1938 years Grizodubova, Osipenko and Raskova were the first women - Heroes of the Soviet Union. Valentina was awarded the Gold Star under number XXUMX.

The commander of the air regiment Grizodubova

The report with a request to send it to the front, the head of the State Air Fleet Directorate of the Civil Air Fleet V.S. But she only got to the front in April 22. Huge human and material losses forced to seek any means to fight the enemy. At the beginning of 1942, the command of the Air Force decided to re-equip and use as a long-range bomber aviation passenger aircraft PS-81. The 101st air regiment was formed, the commander was Lieutenant Colonel Grizodubova, and the personnel consisted of civil aviation pilots.

When the civilian pilots saw the Li-2 (re-equipped PS-81), alarming conversations began among them: “The PS-81 is an excellent civilian aircraft, but is it suitable for military use? Will he be able to rise with a cargo of bombs to the height inaccessible to air defense weapons, to make an anti-aircraft maneuver, to escape from a fighter? Will the pilots and Lee-2 be easy prey for the enemy? ”Valentina gathered the pilots and offered to be honest. When he finished the last, dozens of eyes rushed at her: what counterarguments would the regiment commander find? What could she say? Repeat that there is a war? What is the motherland in trouble? What other planes will not be anyway? "I will fly first," said Grizodubova.

However, Valentine understood that personal example is not enough. Together with other pilots, special air tactics are being developed for crossing the front line, bombing, avoiding anti-aircraft artillery fire, conducting combat with a bomber-stalking fighter. Not unrestrained courage, fraught with losses, but an exact calculation should be the basis of the actions of the regiment pilots.

In September 1942, the 101 th aviation regiment was placed at the disposal of the Central headquarters of the partisan movement. Began countless night flights into the territory captured by the Germans. There - weapon, explosives, instructors-bombers, back - wounded, children and countless requests to fly as often as possible. What is the arrival of an airplane from the mainland for partisans? This is not only material support, it is a symbol of unity with the Motherland. For tens of kilometers, people came to just see the Soviet plane. It is not by chance that guerrilla commanders are asked to deliver magazines, newspapers, and leaflets.

Grigodubova’s gratitude was repeatedly expressed by Kovpak, Fedorov, Saburov. At the request of the partisans, the commander of the 101 air regiment of Grizodubov was awarded the medal "To Partisan of the Patriotic War, I Degree." It should be noted that Valentine was a “flying” regiment: she had more than 200 combat missions (of which 132 were night flights) to the bombardment and to partisan regions. And Grizodubova received her partisan medal not in the headquarters, but in the forest, at the partisan base near Zhytomyr from the hands of Saburov. 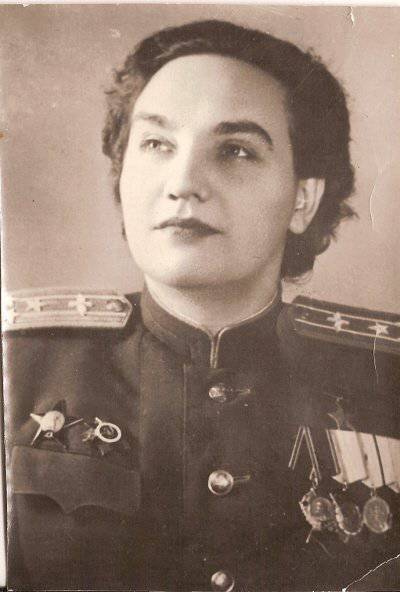 The Nazis knew the name Grizodubova. Knowing that she often takes off for combat missions, they appointed a reward for her head, hoping that some Luftwaffe ace or absurd case would trap a “formidable frau”. But the heavens kept Valentine, she continued to fly.

In May, 1945 Colonel Grizodubova retired from the army, stating that with the end of the war, her military service was also over. From 1946, her name goes into the shadows. Few people knew that the renowned aviator, the commander of the air regiment, became the deputy closed scientific research institute-17, which is developing radar equipment. Since 1963, she is the head of the institute's flight test center; from 1972, she is deputy. Head of the Research Institute of Instrument Engineering for the flight unit. The name of Grizodubova becomes “closed”, and only the Golden Star of the Hero of Socialist Labor (1986 year) gives us a tentative hint at its contribution to the creation of airborne and ground-based radar systems. 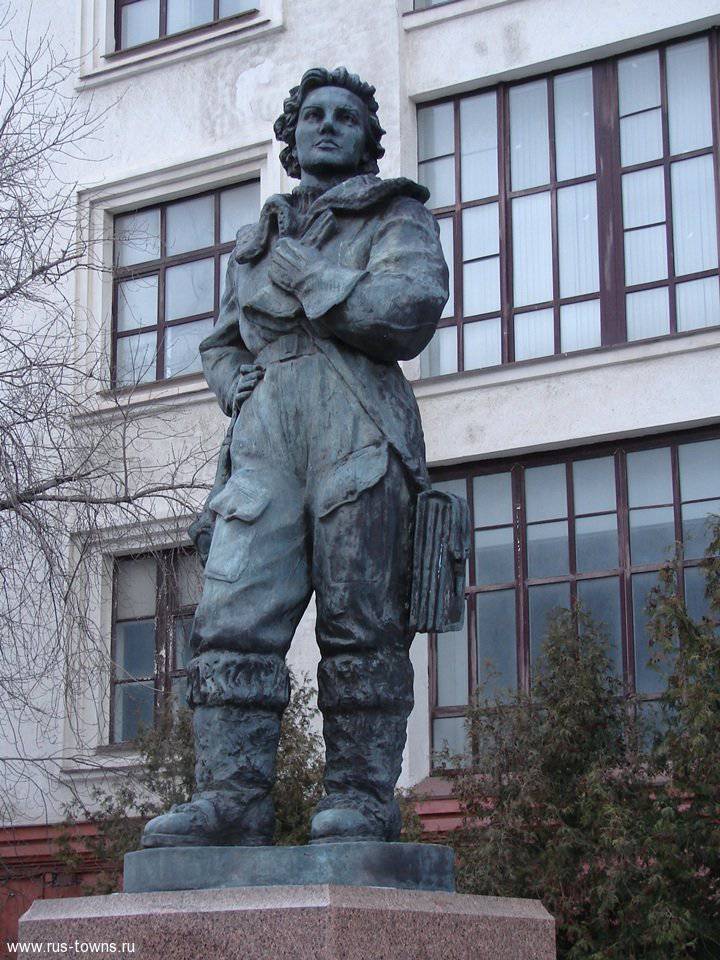 Protector of the oppressed

Probably, some will ask: “But how did Valentina Grizodubova get on with the terrible Stalinist regime?” No, she was not a thoughtless cog in the state mechanism, she saw a lot, knew a lot and did not try to protect herself from all this. As a deputy of the Supreme Council of the first convocation (1937 - 1946), Grizodubova repeatedly used her name to help those who fell under the rink of repression. Her assistant Vinogradova simply fainted with fear, sending letters and inquiries signed by Grizodubova to various authorities: “Valentina Stepanovna! They will arrest you! ”

Valentina repeatedly turned to Budyonny, Voroshilov, and Molotov for help. I went to the higher instances, causing my own officials to demand horror: “You are fine! You are a well-known person, you are not touched, but what is it to me? ”But we know that neither the high title of Hero of the Soviet Union nor the famous name was a“ safe conduct ”. When the pilot of her regiment was arrested, Grizodubova came to Beria and said: “Until I see the window, he gets into my car, I won’t leave the office!” Having learned that the pilots shot down from partisans were interrogated, she told the terrible drug addict: “If at least one will be arrested - I will personally take everyone back to the partisans! ”

Of course, her possibilities were not unlimited, but it was she who, together with another pilot-hero Gromov, dragged the Queen from the camp and transferred him to the sharashka of Tupolev. Yes, it was not freedom, but it was a saved life and an opportunity to work. Only from 1948 to 1951 year did she take part in the fate of 4767 people. Maybe that is why she was only one term deputy - she was causing too much trouble.

A man with a capital letter

Grizodubova lived to perestroika years and saw the collapse of the state, which she served so long and faithfully. She tried to give a voice in defense of a great country, but the radio, TV, pages of central newspapers were closed to her: the opinion of the famous pilots, the USSR's pride about Gorbachev and Yeltsin clearly did not correspond to democratic canons. Grizodubova never spoke ill of Stalin, but did not like Beria very much.

Valentina Stepanovna 28.04.1993 of the year died, buried at the Novodevichy cemetery. If fate brings you to Novodevichy - wait a few minutes at her grave, give tribute to the brave pilot, a military officer - a man with a capital letter. 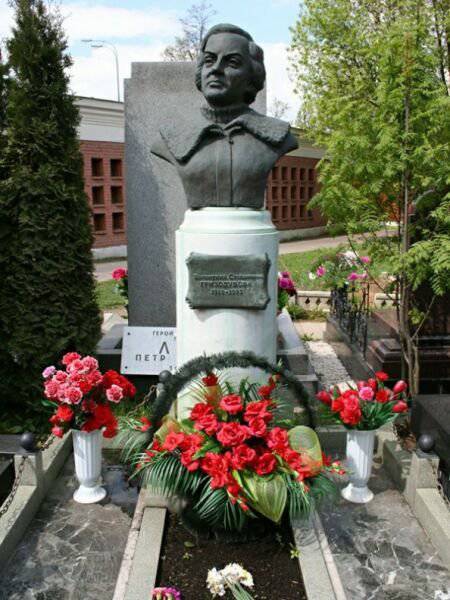 Ctrl Enter
Noticed oshЫbku Highlight text and press. Ctrl + Enter
We are
Legend of Soviet AviationValkyrie III Reich
24 comments
Information
Dear reader, to leave comments on the publication, you must to register.