October 1 2013
8
The hostages were released, several saboteurs were destroyed, the rest were neutralized - so ended the second stage of the joint anti-terrorism exercise of the Ala-Too-Anti-Terror-2013 divisions of the CIS states, which took place on September 26 on the territory of the Kyrgyz Republic.


Thus, according to legend, a group of militants, trained in one of the northern provinces of Afghanistan, penetrated the territory of Kyrgyzstan and attacked the warehouses of weapons of the Ministry of Defense of the Kyrgyz Republic. Capturing weapon and ammunition, they planned to carry out a large-scale terrorist operation in the republic, provoking armed clashes between various forces and social groups. Having not reached their goal, the militants advanced towards the Russian side. aviation base "Kant".


At this time, other groups of terrorists seized one of the schools of the city of Kant and the plane, taking the students and passengers of the airliner hostage.

Under the threat of an explosion of captured objects, they demanded that the country's leadership release the convicted terrorists from prison. In order to intimidate and in support of their threats, the gangsters blew up a truck loaded with radioactive substances. The leadership of the Republican Operational Headquarters decided to conduct a military operation to destroy militant groups and a special operation to free the hostages with the involvement of special forces.

The exercise was attended by security and intelligence agencies of Kazakhstan, Kyrgyzstan, Russia, Tajikistan and Ukraine, units of the defense ministries of the Kyrgyz Republic and the Russian Federation, assault and army aviation, artillery and armored vehicles were involved.

Freeing the hostages, the school was simultaneously stormed by two groups of special forces. One entered the building through a window on the first floor, the other, having landed on a tightrope with a helicopter hovering over the school, broke into the second floor. Snipeers disguised in the midst of trees and on the ground fired to kill. The battle did not last long, after a series of explosions and cannonade, students and teachers were released, and the bandits were neutralized. High professionalism and well-coordinated actions of the participants in the operation made a strong impression on the observers and numerous viewers from among the local residents. A lot of people gathered here, the exercises in the residential area have never been held before.

The operation to free the passengers of the An-26 aircraft was also successfully carried out at the airfield of the Kant base. Under cover of the tanker, the capture team approached the liner and penetrated through the cockpit. To distract the attention of the militants, they used light-noise grenades and other special means; at the same time, according to the identified terrorists, they made a volley of sniper calculations.

When it was all over, here, on the territory of the airfield, the attention of numerous observers switched to the GAZ-53 car, which was impossible not to notice due to the black smoke spreading from it in large quantities. According to the plan of the exercise, after loading the radioactive waste from the Orlovsky tailing dump into the car, the militants mined it to create a so-called dirty bomb. As the organizers of the exercise explained, the “dirty bomb” explosion in itself does not cause significant harm to the population and the environment due to the small fraction of radioactive substances. However, the dissemination of information about such an explosion can be a catalyst for destabilization of the situation and panic among residents.

The Radiation and Chemical Intelligence Unit of the Emergencies Ministry of Kyrgyzstan, by measuring the natural background radiation, found that the area was contaminated with cesium 107 in insignificant quantities and carried out decontamination measures. The spread of radiation dust was stopped by the water curtain method, the soil was placed in a special container for further disposal at a designated landfill site, and the personnel and equipment were treated with a decontamination solution.

The final phase of the exercise took place at the Ala-Too training ground, where the remnants of sabotage and terrorist groups were completely defeated. The militants who had taken refuge in the highlands were subjected to powerful bombings from the air, and heavy artillery and infantry fighting vehicles fired on the defeat of the conventional forces. Completed the reconnaissance of the Armed Forces of Kyrgyzstan, reinforced by special forces.

Congratulating the participants on the successful completion of the 2 stage of the maneuvers, the head of the exercise, the head of the CIS Anti-Terrorist Center, Colonel-General Andrei Novikov noted that during the operations, the best aspects of the military community of the CIS countries were shown. The appreciation of the actions of the participants was also given by international observers.

It is noteworthy that the crews of attack aircraft of the Russian airbase CSTO "Kant", who completed the task of assessing "excellent", did not need to specifically prepare for this exercise. Because ground support from the air and the defeat of enemy personnel (whether they are terrorists or caravans with drugs) is the main purpose of attack aircraft and such tasks are carried out regularly by Su-25 crews during training flights. The process of raising the professional level and improving flight skills is never interrupted. As the command of the unit assures, each of the pilots of the Kant base is ready at any time, day or night, to complete the assigned tasks.

And the pilots of the Mi-8 MTV helicopters also regularly, in accordance with the plan, perform exercises on hovering over a platform of limited size. This is a rather complicated element, at which it is necessary to withstand certain parameters: the constancy of height and the absence of lateral displacement. When performing the task of landing troops on the roof of the school, the helicopter crew involuntarily experienced some excitement. Of course, the operation was carried out in a residential area in a densely populated area. From the skill of the pilot depended not only the successful landing of special forces, but also the safety of others. The mission of the crew of the Mi-8 MTV also performed on the rating of "excellent." 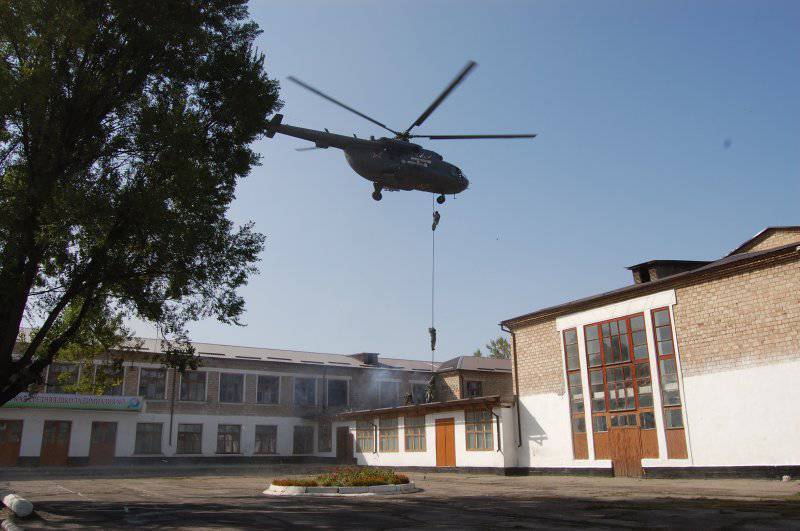 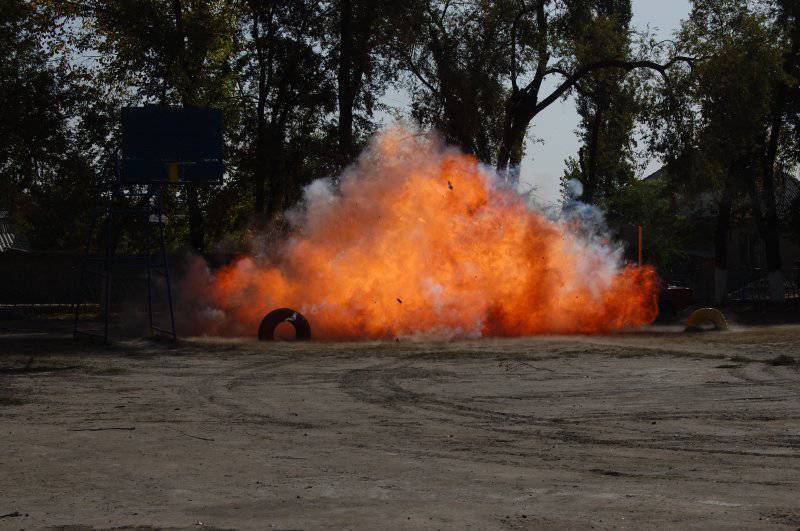 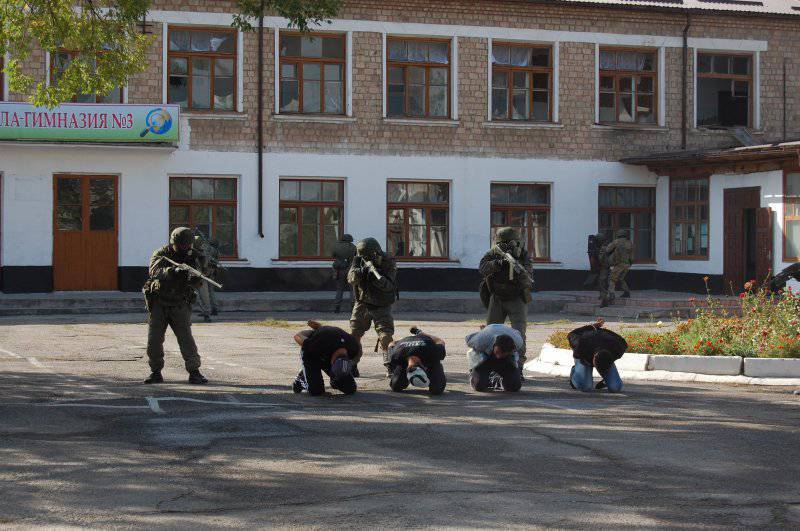 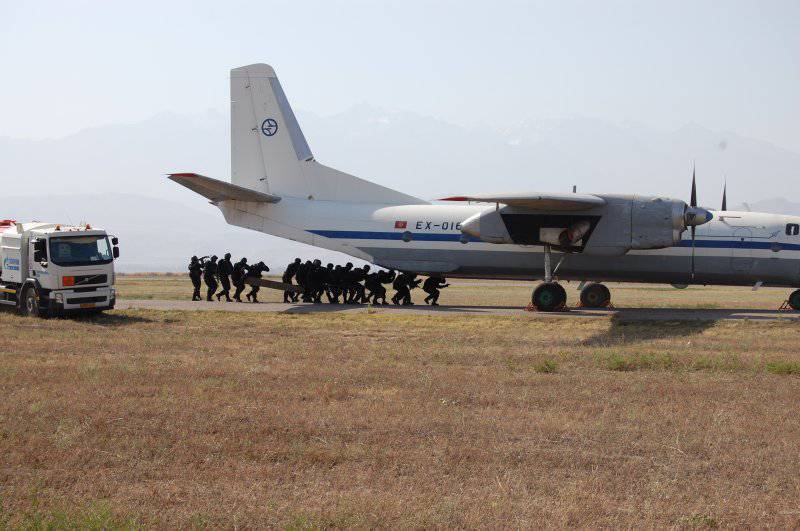 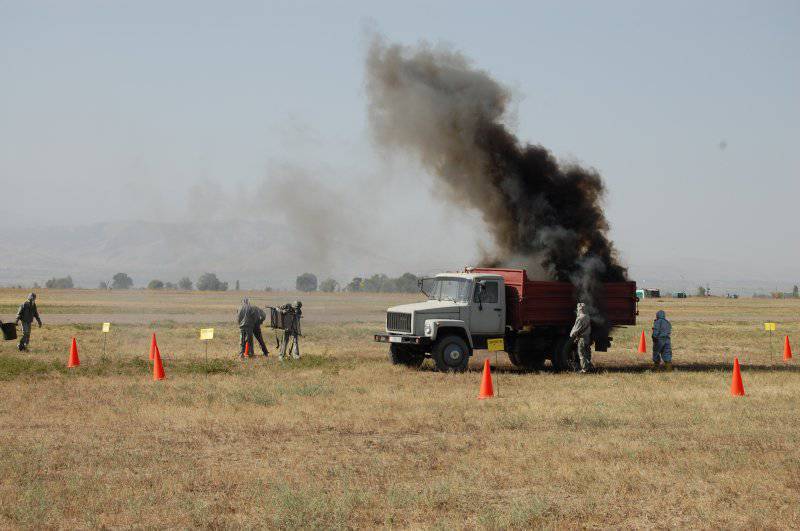 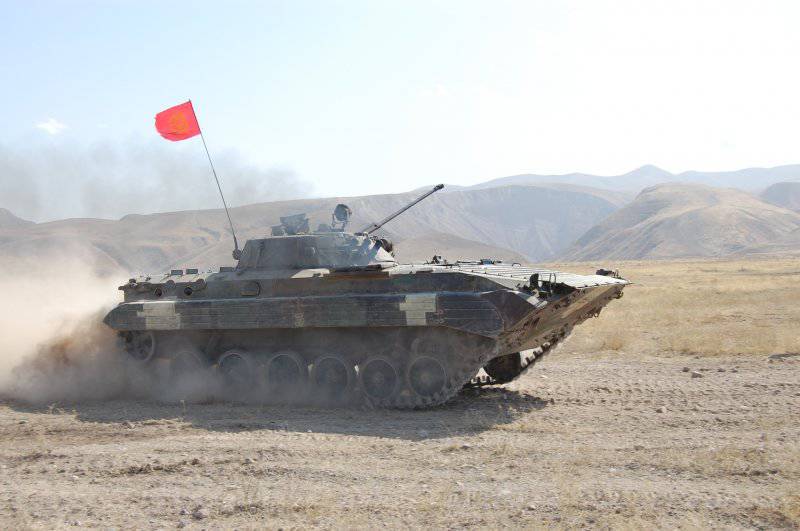 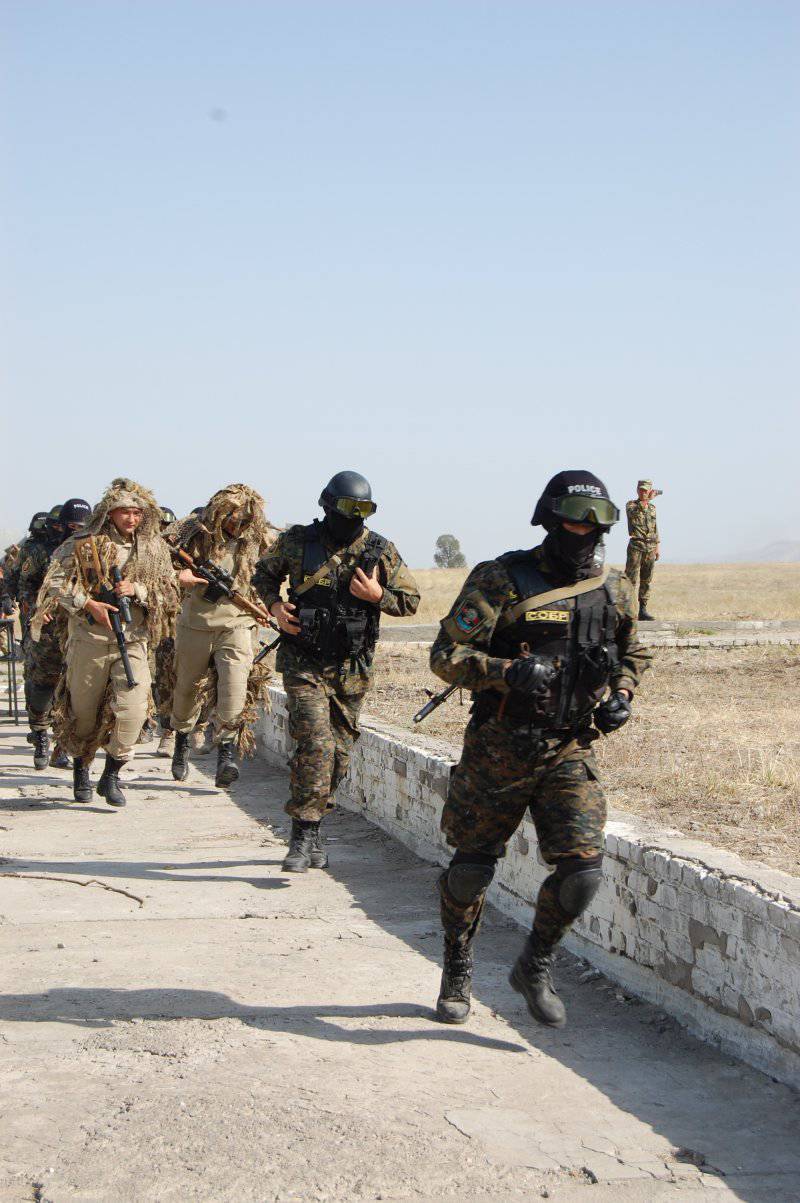