Short International Arms Trade Treaty. In the UN, do not intend to listen to Russia?

30 September 2013
33
The other day, the regular discussion of the International Trade Treaty took place at the United Nations building. weapons. The initiators of the conclusion of the ATT declare that it will bring order to the market for the sale of various types of weapons, the annual volumes of which (the market) today are, according to various estimates, from 65 to 70 billion dollars. To restore order is to put a fat cross on the illegal circulation of weapons, which today often manifests itself in different countries of the world. 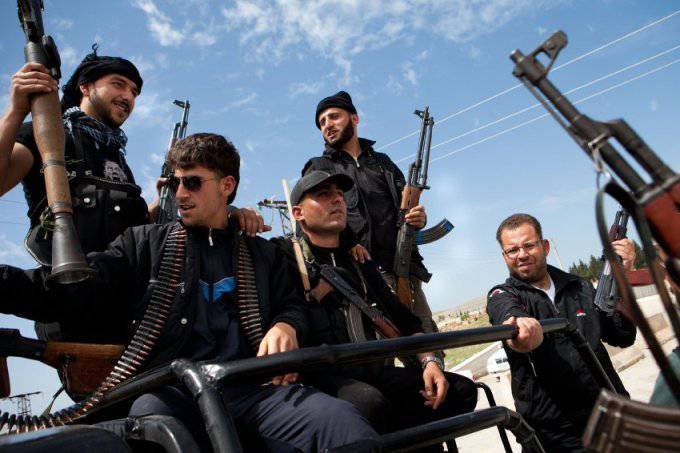 If you turn to stories discussing the need to sign the ATT, then the whole story begins in the spring of 1997. It was at that time that the Nobel Peace Prize Laureates (ex-President of Poland), Tenzin Gyatso (Dalai Lama) and Oscar Arias Sanchez (Ex-President of Costa Rica), unexpectedly preoccupied with the uncontrolled state of the military equipment market, decided to express an idea about the expediency of signing international treaty that would eradicate the illicit arms trade. The Nobel laureates, of course, were listened to, said “thank you very much” for the initiative, but did not develop the initiative, to put it mildly - they forgot about it for a while.

However, after about eight years (in 2005), one of the most “peace-loving” countries on our planet, the United Kingdom, decided to reanimate the initiative. It would seem that the British for their desire to eradicate the illicit arms trade on the world market need only applaud and immediately put all the necessary signatures on the relevant document, but many countries, as they say, began to be tormented by vague doubts. The fact is that if such a “peaceful” initiative is expressed by the UK, then doubts are born of their own accord. As it turned out, these doubts were not idle at all.

Since the idea of ​​signing the ATT (the name was originally somewhat different, but it is not so important), more than 16 years have passed, but not all countries in the world, let's say, were quick to sign the document and, moreover, ratify it, passing through parliaments or their existing counterparts. Even more “wonderful” is that the UK itself is not even going to ratify it, which, through the mouth of its foreign minister, Mr. Stroit, has signed for the document “by the whole world”.

To date, of all the countries that are part of the UN, only four countries have ratified the ATT with 107 signatories. Ratified - Antigua and Barbuda, Nigeria, Guyana and Iceland. In order for the document to enter into force, it must be ratified by at least fifty States Signatories of the ATT.

Now it is worth touching the letters of this ATT and the relationship to its letter of the Russian Federation. So, the document at first glance looks kind: the regulation of the arms trade processes, the exceptional legality of transactions, the guarantee of the right of states to self-defense (both individual and collective), the rules for imposing an embargo on states, the ban on the supply of those weapons that were used for genocide , terrorist attacks, war crimes, etc. The agreement creates regulations for the sale of armored vehicles aviation, ships and submarines, artillery, air defense systems, small arms.

But there are gaps in this agreement that made the Russian delegation to the UN not to sign an ATT. The point is that the treaty is very superficially considering the issue of re-export of weapons and does not address at all the issue of the inadmissibility of the supply of various types of weapons to so-called unauthorized non-state actors. In simple terms, it turns out that the document actually recognizes the possibility of the sale of certain types of weapons to various extremist groups, which have nothing to do with the state structures of the country in which, let's say, operate. The Russian delegation is not satisfied with this version of the treaty, which its representatives directly stated, expressing the words that if such concerns were taken into account, Russia would immediately sign the treaty with the possibility of its subsequent ratification.

Let us try to figure out what could be the adoption of an ATT today on the conditions that were voiced above. So, the contract regulates the introduction of an arms embargo with respect to a particular country, but does not regulate (does not affect at all) the possibility of supplying weapons to non-state structures. If we proceed, for example, from the Syrian situation, it turns out (in the event that the ATT acted now) that the “world community” easily brings the matter to a total embargo on the supply of military equipment and weapons to the legitimate authorities of this state, while legally passing to the sale of equipment and weapons of the same Syrian militants. In principle, something similar is happening now, but only so far it all works on an unofficial level, and after the possible adoption of an ATT, everything will still be legally justified.

As a result, this same ATT as an effective legal basis can be used against any state whose authorities suddenly did not please the “world majority.” How to use? Yes, it’s happening now without adopting any document: to create mixed armed groups in it, striving for “freedom and democracy”, which can already be, declaring it legal, to supply weapons legally and without restrictions. What a wonderful document, however, was prepared, isn’t it? .. It is not surprising that Iran, the DPRK and Syria opposed its adoption. Russia has so far refrained from signing it, hoping that both re-export points and bans on the sale of weapons to non-state unauthorized structures will be worked out and entered into the treaty. China is abstaining too.

Question: why in the same UK local parliamentarians are not eager to move to ratification of the treaty, why is the agreement signed by John Kerry (US Secretary of State) also unlikely to pass ratification in the United States Congress? The fact is that both these countries themselves are faced with a dilemma. On the one hand, they clearly want to bring a legal base for the arms trade with those with whom they wish at the moment to be necessary (even with Al-Qaeda), but on the other hand - in the UK there are “unauthorized non-state” structures that would They wanted to receive their weapons from the outside with a legal justification, legally. In Ulster, for example, there will definitely be interested persons ... In general, both want to and prick ...

Another question: why not listen to Russia and China, who are proposing to bring to the ATT a clause on a ban on the supply of weapons to rogues who present themselves as fighters for democracy? So if such an item is introduced, the contract for the same States and Great Britain will lose any meaning at all, because to think that Washington and London sign an agreement for world peace, well, it’s already completely naive ... After the Russian proposals are already included in the document It will be known exactly how the old Soviet ammunition carrying toxic gases got into the territory of the same Syria if the USSR never delivered such ammunition to Damascus. Is the disclosure of such a secret in the interests of those who made the “knight's move” to substitute Moscow? Of course not.

But if the ATT remains in its present form, Russia and China will not begin to sign it, and the Russian Federation and the PRC will have their hands free to implement their plans to sell weapons where they see fit. It turns out that the signing and ratification of the treaty in its current form is impossible by definition, how low and the likelihood that Russia's position on the ATT will be heard. And if so, then the ATT fully discredits itself before entry into force.

Ctrl Enter
Noticed oshЫbku Highlight text and press. Ctrl + Enter
We are
Army "Isthmus". From Honduras to BelizeChina's Tibetan question: is there a solution?
Military Reviewin Yandex News
Military Reviewin Google News
33 comments
Information
Dear reader, to leave comments on the publication, you must sign in.