Risks of the Ukrainian defense industry 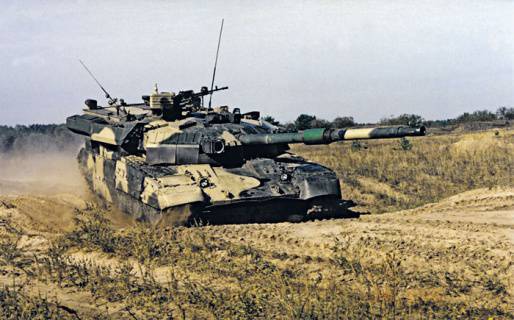 The recent alarming events in the Russian-Ukrainian relations, connected with the toughening of the conditions for inspection of goods on the Russian-Ukrainian border, were in fact a kind of rehearsal of the logical consequences of signing an agreement with the European Union on the associated membership of Ukraine. It is necessary to understand that such actions of the Russian side are not any ultimatum. This is only a demonstration of the inevitable protective measures of our country. On a small and short-term example, the Russian authorities showed the Ukrainian side the rules and conditions, which take into account the customs interaction of the Russian Federation with the countries of Europe. Naturally, there were no special measures aimed exclusively against Ukraine. And it is absolutely clear that Russia in no way intends to break the established economic ties with Ukraine. Only the conditions for mutual trade between countries will change.


However, even these actions, carried out by the Russian leadership in the framework of international agreements and principles of international relations, most vividly demonstrated to the authorities of Ukraine the intentions of the Eastern partner. And judging by the reaction of Kiev, this measure has outraged the political and economic circles of Ukraine, who were apparently counting on the toothlessness of the Russian authorities. But hopes were not justified ... And this is understandable, because, in fact, the leadership of Ukraine should ponder over the possible consequences of its decision regarding the choice of a future integration path.

The first negative impact in the event that Ukraine implements the process of joining the associate members of the EU will experience heavy industry and high-tech production. And first of all - the military-industrial complex of Ukraine. In addition to the natural increase in the price of energy carriers supplied by the Russian Federation, most contracts for the mutual supply of components in the field of military-technical cooperation will be reviewed. It is logical that such a prospect is extremely undesirable for both Ukraine and Russia. However, the Russian side will be able to get out of this situation with minimal losses by replacing the supply of Ukrainian components with agreements with other partners in the international arms market. A similar process has already been established in several of the most important areas of Russian defense production, including aviation sphere. So, starting from 2010-2012, the Russian company Russian Helicopters OJSC reduced the purchase volume of products of Motor Sich, the Ukrainian leader in engine manufacturing, to 30%, replacing the export of Ukrainian components with the products of Russian and several Western companies.

There are enough examples of well-established cooperation of the Russian Federation with the countries of Europe, Asia and America in the field of defense. What can not be said about Ukraine, whose enterprises supply most of the components to Russian enterprises of the military-industrial complex. As for the search for other partners for the supply of components, the existing agreements with Asian countries are episodic, beneficial primarily to the eastern partners of Ukraine, who prefer to purchase small lots of OPK products for further study and production of similar technologies in their own factories.

Significant financial losses will also be felt by those enterprises, some of which are already selling jointly manufactured defense products with Russian enterprises, while another part is currently at the stage of signing contracts and establishing integration mechanisms. First of all, this concerns the largest Ukrainian aircraft manufacturing enterprise, Antonov State Enterprise, which has a large number of contracts not only for the production of various types of aircraft for Russian customers, but also provides maintenance and modernization work on almost the entire An fleet of aircraft operated in Russia. In addition, the joint Russian-Ukrainian production of the An-70 operational-tactical and military transport aircraft, which has no analogues in the world, is currently continuing, albeit with some disruptions, as well as attempts are being made to create on the basis of the Antonov state enterprise and JSC Aviakor Aviation Plant ”joint venture with the Russian side for the production of An-140 aircraft In the case of the implementation of Ukraine’s plans to join the EU’s associate members, all undertakings of the Antonov State Enterprise, capable of bringing huge financial contributions to the Ukrainian budget, will be in jeopardy.

Significant financial losses will be felt by another Ukrainian enterprise in the aerospace industry. This is SE "Production Association" South Machine-Building Plant "named after A.M. Makarov, which produces a wide range of products of the aerospace industry, including launch vehicles and components for them. At the moment, Ukrainian and Russian enterprises are supporting the joint Kosmotras program, within which Russian-Ukrainian launches are being made. The main hopes for the development of this enterprise are placed on the Dnepr launch vehicle, which is almost completely produced by the aforementioned GP Yuzhmash on the basis of the PC-20 intercontinental ballistic missiles to be eliminated. For the Dnepropetrovsk-based enterprise, support for this area and participation in the Kosmotras program is very significant in terms of financial benefits. But this direction also risks being frozen for the reasons mentioned above.

And all this is only a small part of the financial losses of the Ukrainian defense industry complex, which may entail a step towards European integration and reciprocal objective steps from the Russian side.

FROM PARTNERS TO COMPETITORS

In the new conditions, the current partners will be forced to offer the same weapons markets products that are similar in their tactical and technical characteristics, based on one technological base. As a result, the undoubted advantages will be obtained by the products of that state, which is capable of producing better products in less time and in full. And in this regard, Russian state-owned enterprises, adapted to the harsh conditions of competition in the global market, will receive undoubted benefits that will result in natural financial losses for Ukrainian enterprises. It is enough to look at the catastrophic state of the largest enterprises of the military-industrial complex of Ukraine in order to come to a logical conclusion: in the current state, they will not be able to compete with the Russian defense-industry enterprises without powerful financial injections.

What can I say, if the Kharkov Transport Engineering Plant named after V.A. Malysheva, the largest tank the plant in Europe is not able to fully and within the established time frame to fulfill the two largest contracts for the past decade and a half totaling $ 707 million. This is a contract for the supply of a batch of BTR-4E to Iraq in the amount of 420 samples, signed in 2009, and the contract for the supply of 49 T-84 Oplot tanks to Thailand, signed in 2012. According to news agencies, Iraq has already refused to accept the next batch of BTR-4E due to the significant amount of marriage that was identified during the technical acceptance by Iraqi specialists. As for the Thai contract, according to Ukrainian media, the serial production of the T-84 Oplot tanks was launched recently and only a few samples of these products have been produced to date.

The possible signing of an association agreement with the EU will only exacerbate the already deplorable situation of many Ukrainian enterprises, including the Kharkov factory mentioned above, which, since the end of 2012, has been in bankruptcy. Considering that the main products of the plant largely depend on the supply of components produced by Russian enterprises. Tightening the conditions of trade, as well as competition in the arms market, which will inevitably follow, can lead to disruptions or even to a complete cessation of deliveries of Russian components. And this, in turn, will lead, even if not to a complete halt in production, but only to a partial one, and yet the fulfillment of the main export obligations on the part of Ukraine risks to be undermined.

The shipbuilding enterprises of Ukraine are in a similar position. Under the condition of tightening commodity turnover and increasing competition between Russia and Ukraine, Ukrainian shipyards will not be able to provide Ukrspetsexport inquiries with the necessary production volume, given that the SE “Shipbuilding Yard im. The Communist 61 "in Nikolaev at the moment is setting up production not at all of frigates, cruisers and aircraft carriers, but of Dozor-B armored cars. At the same time, OJSC “Theodosia Shipbuilding Company“ More ”, completing the construction of the second air-cushion landing craft of the 958 project for the Chinese Navy, cannot hope for the subsequent workload of the enterprise. The reason is simple: under the terms of the contract with China, the third and fourth ships will be built by Chinese enterprises with the involvement of Ukrainian specialists and the transfer of all technical documentation to the Chinese side.

And this state of affairs prevails in almost all areas of the military-industrial complex of Ukraine, the only exception being the Antonov State Enterprise and those enterprises that provide the production volume of this company. Changes in the terms of trade between Russia and Ukraine will not significantly affect the production volumes of these enterprises. But a possible change in the customs policy of Russia in relation to Ukrainian goods is not the main problem of the Antonov state enterprise.

IN THE CONDITIONS OF THE EUROPEAN MARKET

Entry into the European market will be a real test for Ukrainian enterprises, which currently have prospects for the development and increase of production volumes. To err in this respect means to lose the situation and lose what has been accumulated over the years of hard work. New customs conditions for Ukraine, duties, unified with the standards of the European Union, will face the Ukrainian defense enterprises and enterprises of heavy engineering in a tough competition with the most powerful European companies. The first and, perhaps, the strongest negative impact will be felt by the state enterprise Antonov itself. The products of this company are competitive with respect to the products of such companies as Airbus SAS, British Aerospace, etc. However, the old European players are unlikely to support a promising competitor, as a result of which the products of the Antonov state enterprise cannot compete on the European market in terms of price indicators .

The same applies to other enterprises of the defense industry of Ukraine. Unable to ensure the required volume and quality of production, enterprises will be an unnecessary burden for the European economy, whose leaders are unlikely to make significant financial investments in the heavy science-intensive production of Ukraine. The integration of the capacities of these enterprises into the European heavy engineering is also a financially costly enterprise, since it implies a transition from Soviet technological standards to European ones. And this includes the whole complex of production, starting from the marking of steel and alloys and ending with the release of final products.

As a result, we get a not so optimistic picture regarding the prospects for the Ukrainian economy in general and the enterprises of the military-industrial complex in particular. The most logical outcome of Ukraine’s integration into European political and economic structures and the establishment of new conditions for trade with Russia as an objective response to such steps will be a significant reduction in production volumes. This means a decrease in the number of jobs, a decrease in the level of wages and, as a logical result, negative consequences for the social sphere of the Ukrainian state.

Ctrl Enter
Noticed oshЫbku Highlight text and press. Ctrl + Enter
We are
A great interview with Sergey Lavrov: about Ukraine, Obama and IranInterview of V. Putin to Channel One and the Associated Press Agency
18 comments
Information
Dear reader, to leave comments on the publication, you must to register.